The flax plant, which reaches a height of from 1 to 3 feet, blooms with blue or white flowers. Its seeds are small, dark brown, and teardrop-shaped. Almost half the weight of the seed comes from its oil.

Flaxseed can be used for human consumption. Its oil contains special nutrients that scientists claim have benefits for health. Flaxseed is often added to cereals, bread, and bakery goods.

When the oil from flaxseed is used in commercial products, it is called “linseed oil.” Linseed oil is flax oil that has been treated with chemicals and is used in products such as paint, wood finishes, and floor coverings.

The fiber from the stems of flax plants can be processed to make a fine cloth product called “linen.” Linen is commonly used in clothing, tablecloths, and napkins.

Canola is a crop that was developed by two Canadian scientists in the 1970s. A plant called “rapeseed” grew well in Canada, but the seeds of the rapeseed plant were not edible (fit for eating). The scientists experimented with this plant and developed a new variety, which had edible and healthful seeds. Canola seeds are about 40 percent oil. The name “canola” was made up from the words “Canada” and “oil.” North Dakota grows more canola than any other state in the United States. 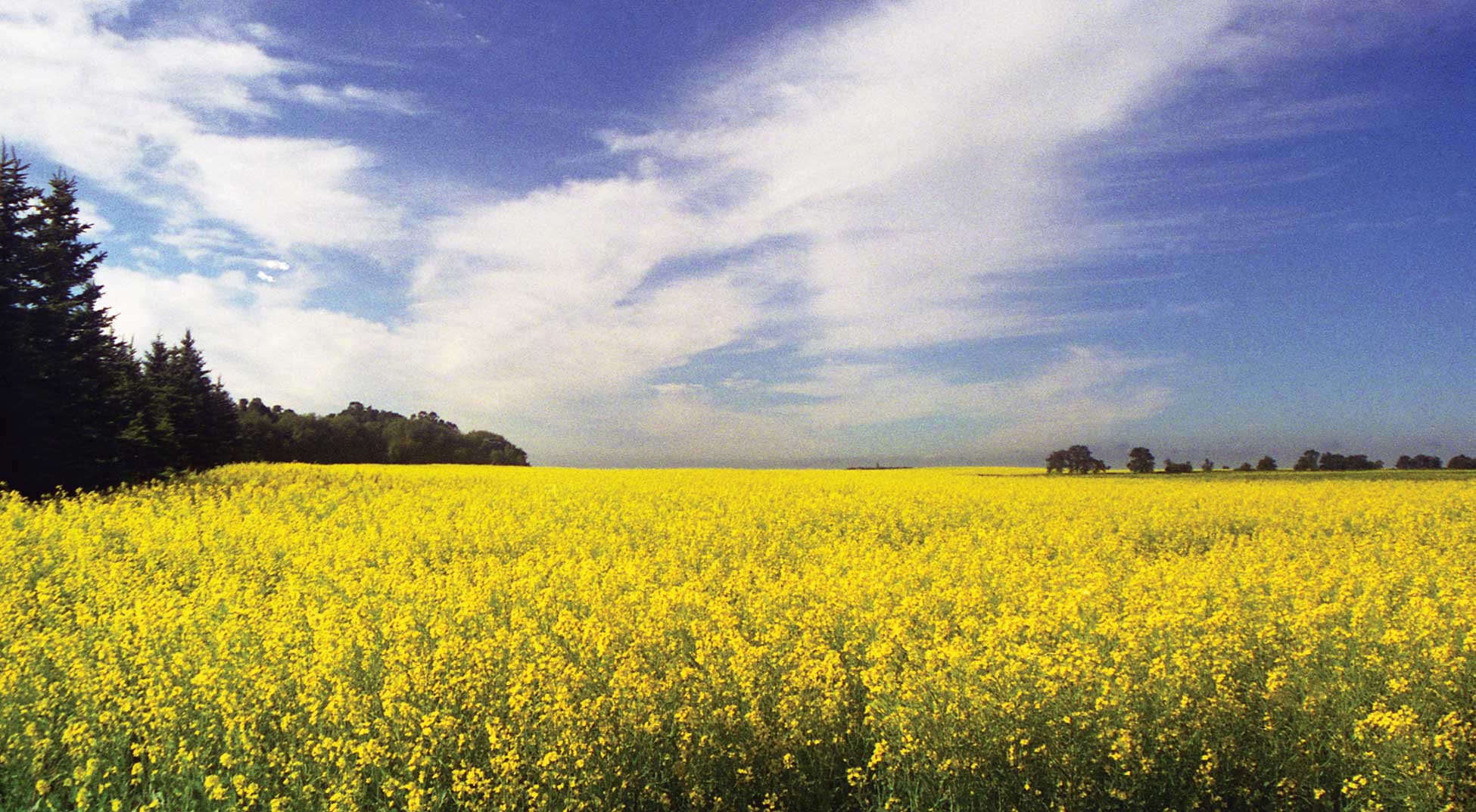 Figure 86.  Canola is a new crop to North Dakota. Oil from canola is used for cooking, for livestock feed, and for making ink.  North Dakota produces about 85 percent of all canola grown in the United States. (David Paukert)

The oil from canola seeds is used for cooking, baking, salad dressings, coffee creamer, and many other food uses. Canola oil contains omega-3 fatty acids, which provide healthful benefits for people. Because of the omega-3 and other nutrients, canola is considered to be one of the most healthful cooking oils available.

Non-food products from canola oil include suntan oil, de-icer for airplanes, and printing ink. When canola seeds are ground into meal, they provide livestock feed, pet food, fertilizer, and other items.

Row crops are crops that are grown in rows. Examples are sunflowers, soybeans, beans, peas, sugarbeets, potatoes, and corn.

Sunflowers are native to North America. This means they originally existed on this continent and were not brought here from another continent. Wild sunflowers have several heads per stem, but the agricultural plants have only one head per stem. Each sunflower head contains up to 1,000 seeds. Sunflower plants grow to be 5 to 7 feet tall. 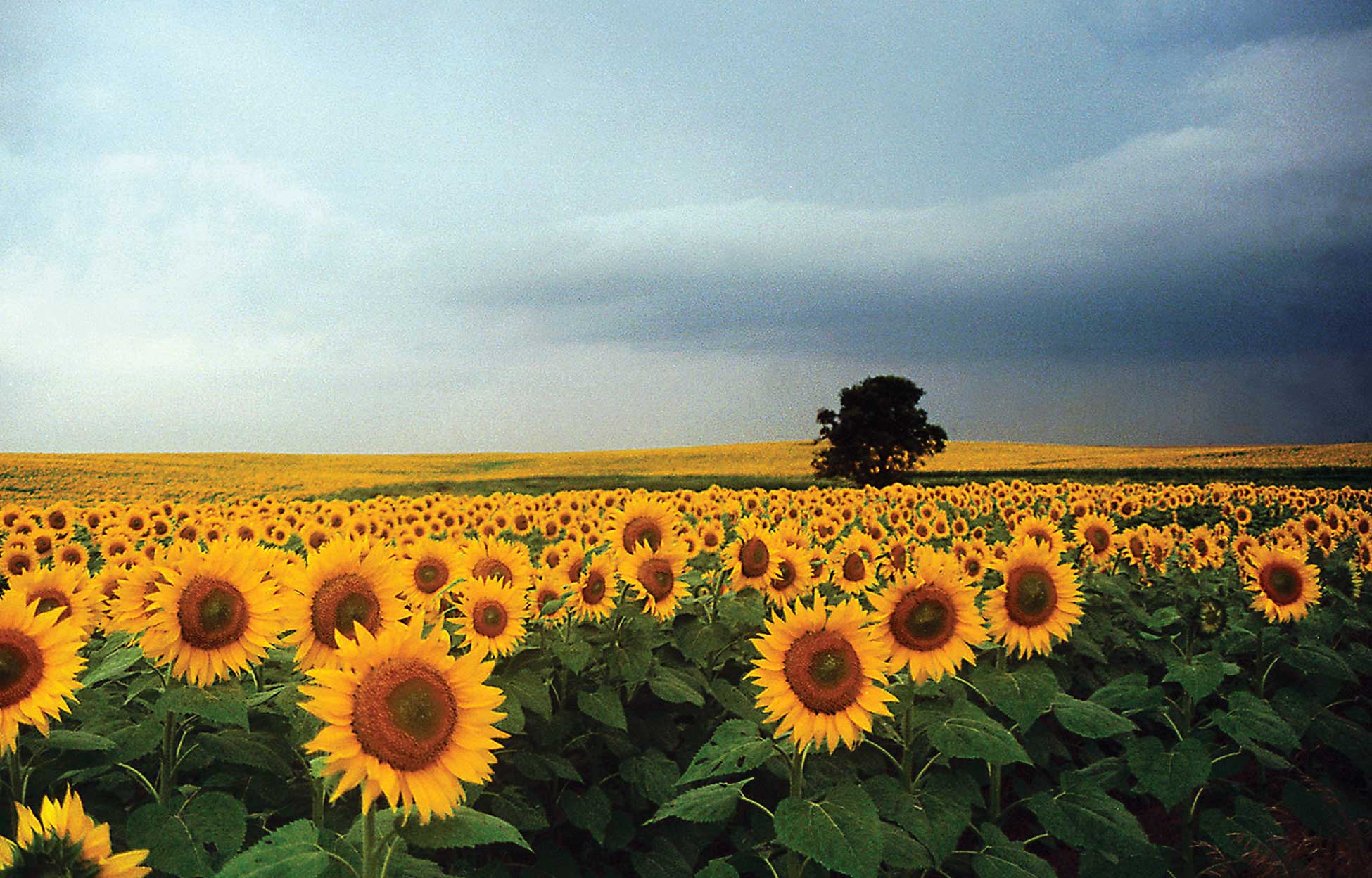 Figure 87.  Sunflowers are native to North America and are grown in every part of North Dakota. (David Paukert) 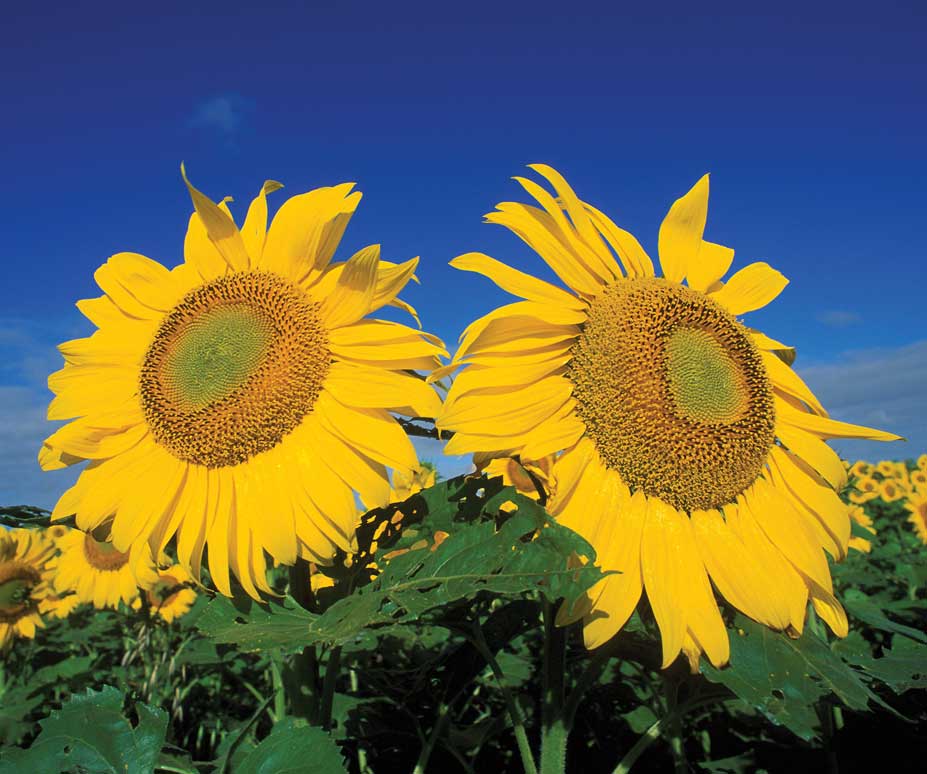 As sunflower plants are developing, something strange happens. The young buds do solar tracking. This means that on sunny days, the buds face the sun and follow its direction from east to west. When the sun rises in the east, the buds face east. They track the sun all day, and by the end of the day, the buds face west. During the night, they turn back toward the east so that at dawn, they are again facing east.

As the flower buds mature and blossom, the stems of the plants become stiff, and the heads no longer turn. The result of this is that the heads all face east. Sunflowers are harvested when the back of the flower head turns brown. This often follows the first hard frost of the fall season.

The safflower is a member of the sunflower family. Safflowers have a very old history and have been found in the tombs of Egyptian mummies from 4,000 years ago. 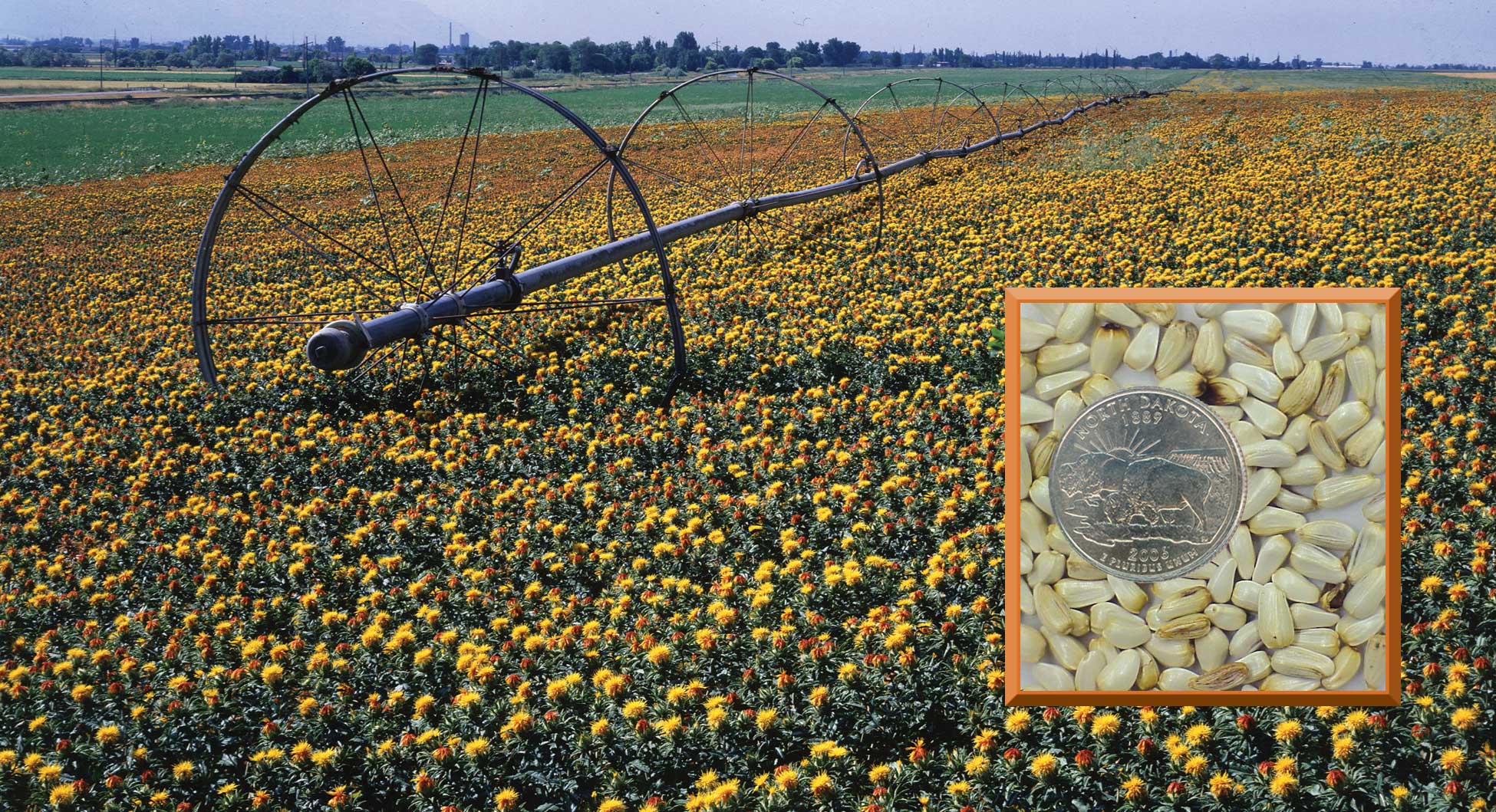 In North Dakota, safflowers have been raised for only about 50 years. The crop is mainly grown in the western part of the state because it needs dry conditions when the seeds are developing.

The safflower plant forms from one to five flower heads. The heads look like yellow or orange thistles. As the plant matures, 15 to 20 seeds are formed, and the flowers fall off . The plants grow to be between 15 and 30 inches tall. 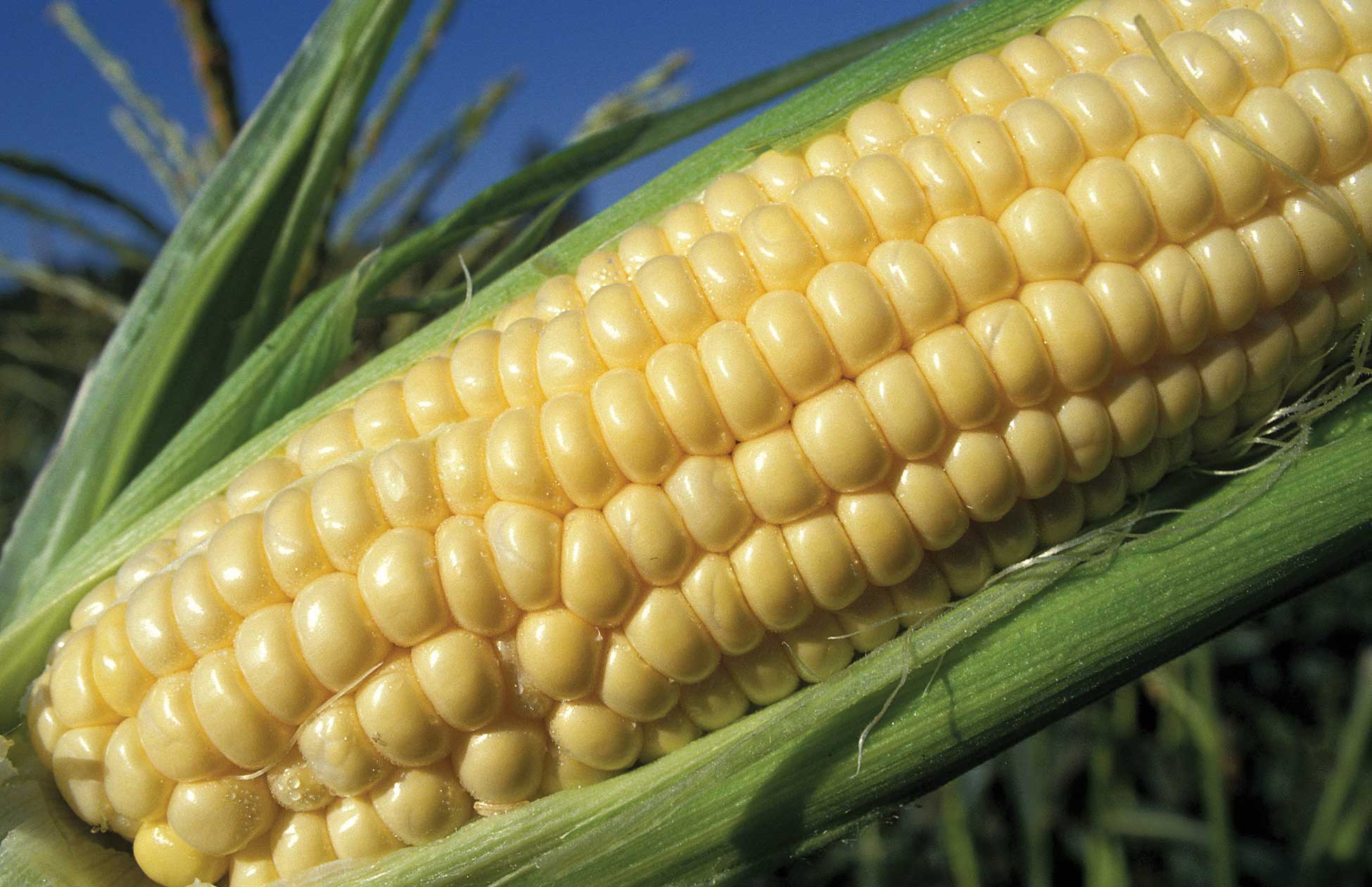 Corn is also known as “maize.” This crop is a cereal grain and a member of the grass family. Strong roots support a stalk that reaches an average height of 7 to 10 feet tall. Long, sharp leaves, as well as one to three ears of corn grow out from the stalk. Each ear of corn is covered by tightly wrapped layers of leaves. This covering is called a “husk.”

At the top of the stalk is a tassel. The tassel contains hundreds of small flowers that produce a powdery substance called “pollen” (PAH-len). In order for the plants to reproduce, pollen must be transferred from one plant to another.

An ear of corn has a hard center called the “cob.” The cob is covered with rows of kernels, or seeds. At the top of each ear of corn is a cluster of long, soft threads called the “silk.” The purpose of corn silk is to catch the pollen that is carried by bees or other insects from the tassel of another corn plant. 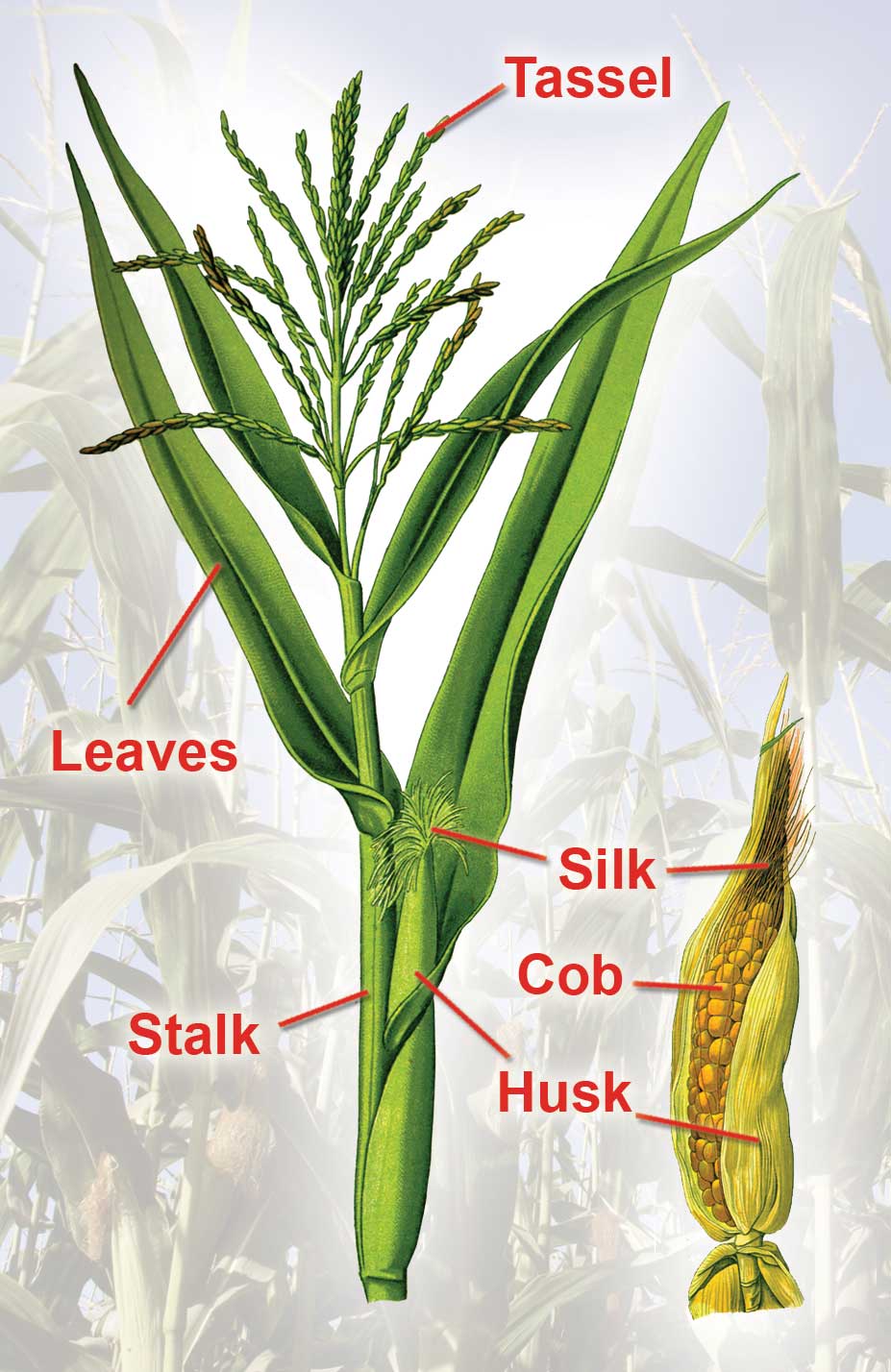 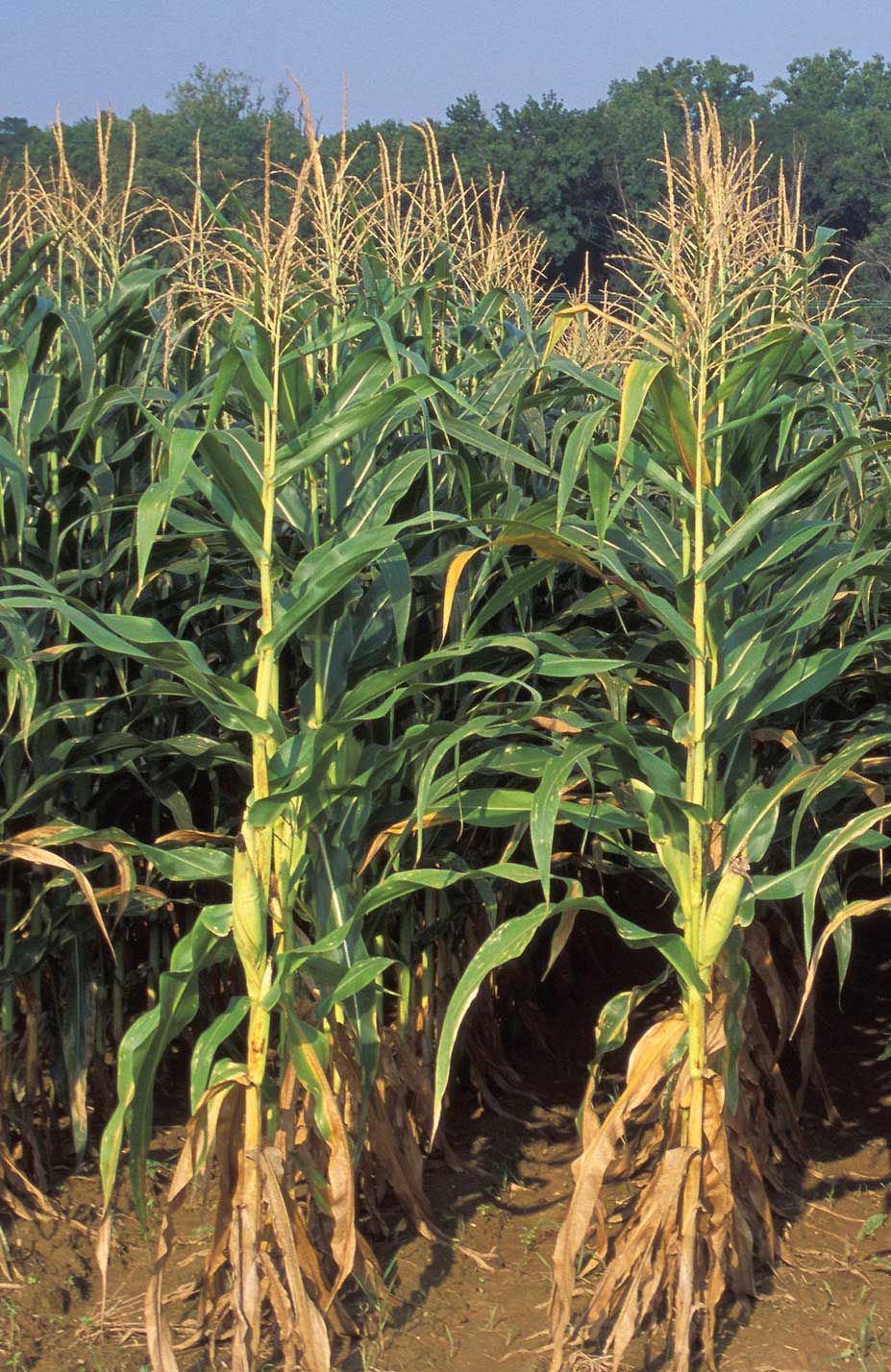 Figure 93.  Corn is grown in every county in North Dakota.  (USDA) 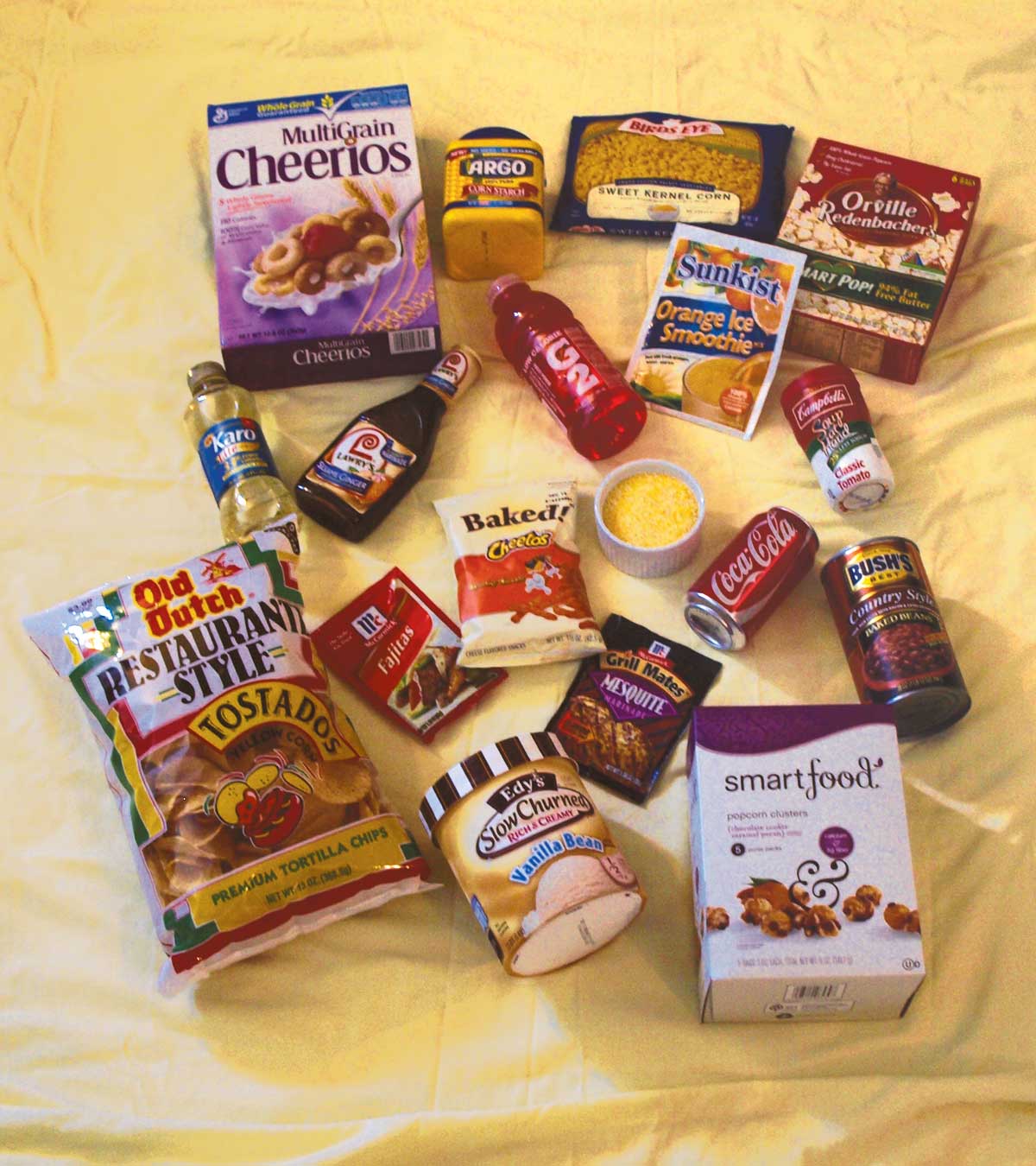 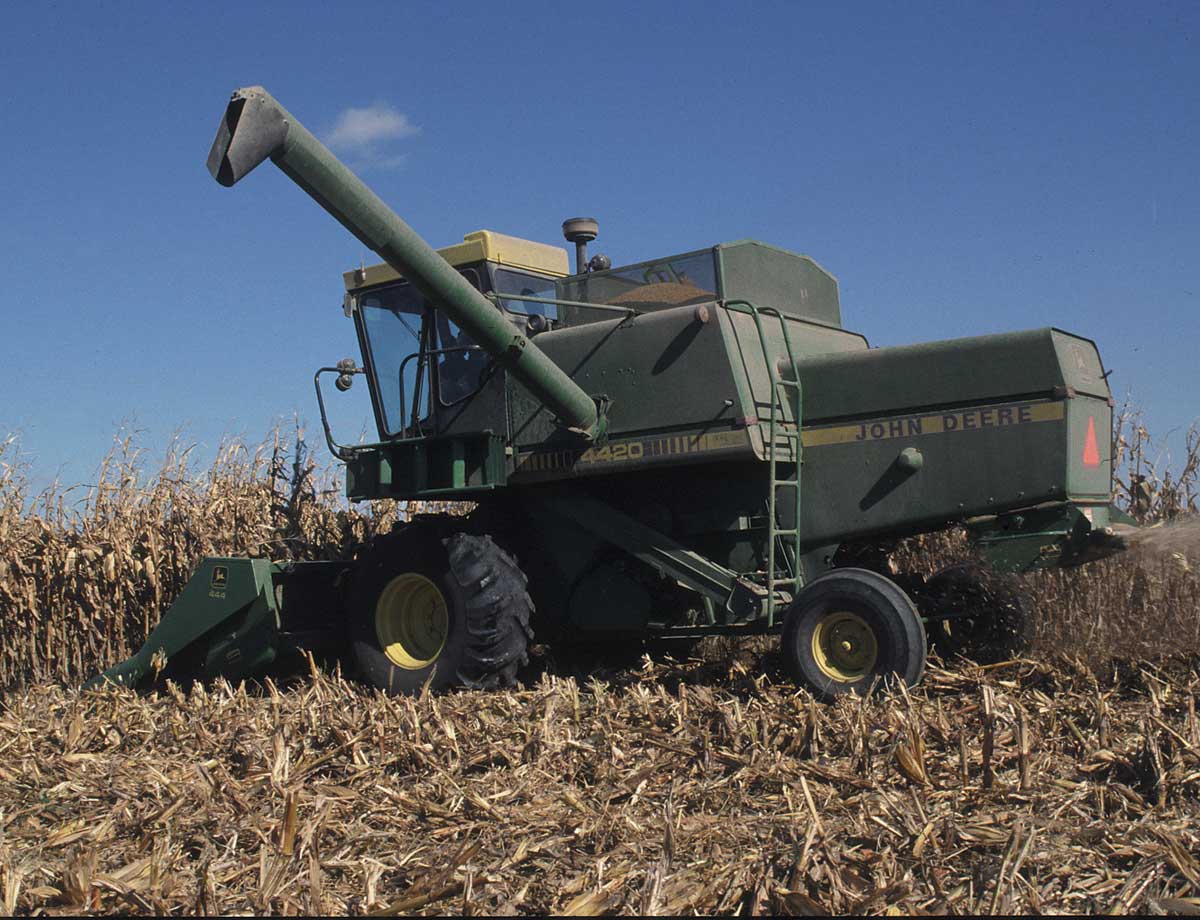 Corn is grown in every county in North Dakota. Crop scientists have improved corn varieties so that the crop can now be raised in areas that were not suited to corn-raising in the past.

Corn is used in over 3,500 food products and hundreds of other items. Examples of corn-based foods are breakfast cereals, candy, corn chips, and baking products. A corn processing plant in Wahpeton, North Dakota produces high-fructose corn syrup, a sweetener that is common in many foods, including soft drinks.

Other products that contain corn include diapers, paper plates and cups, firecrackers, toothpaste, carpets, soaps, and cleaning products. Corn is also used as a livestock feed and is the main ingredient in many brands of dog food. 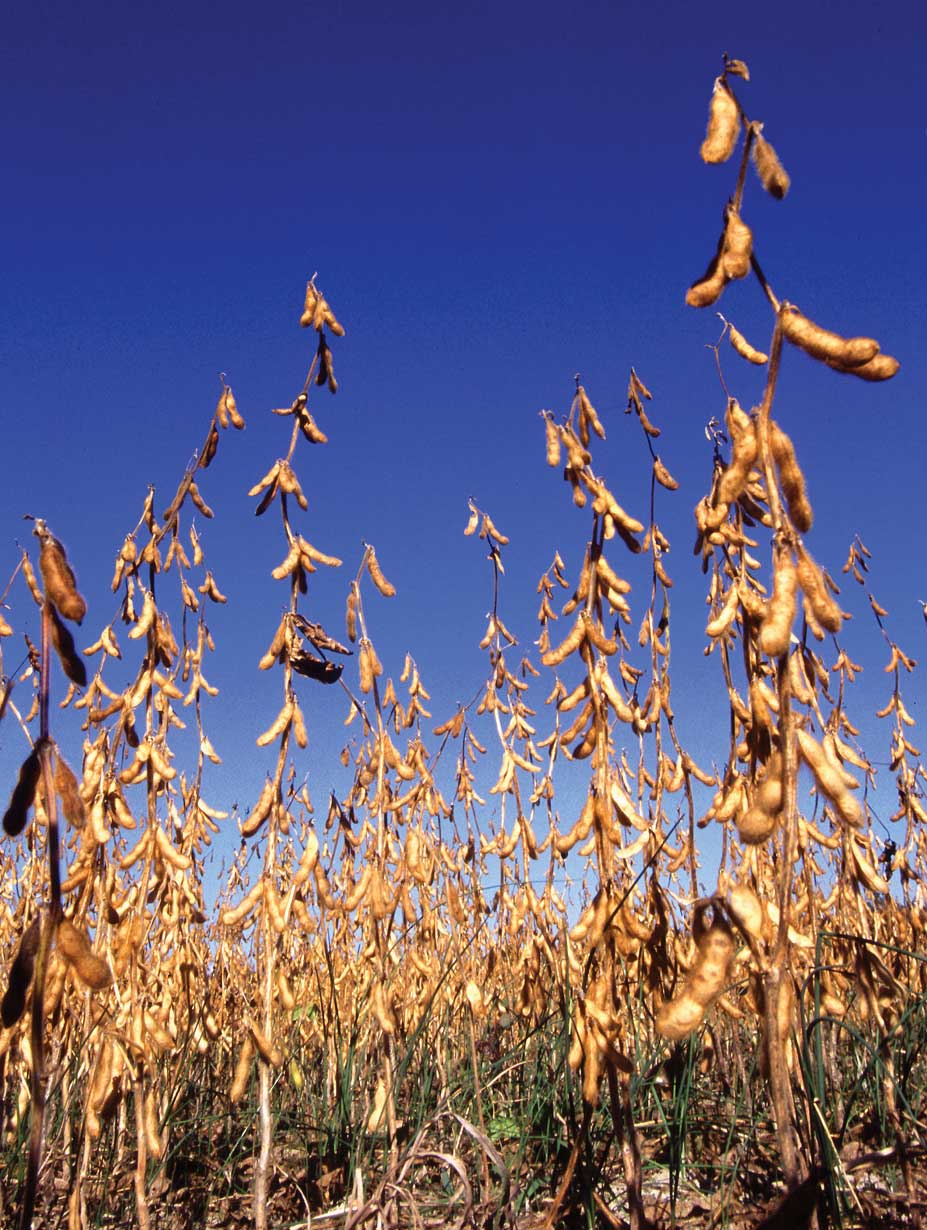 Figure 96.Soybeans are grown mostly in eastern North Dakota. Soybeans are a healthful food for both people and livestock. (USDA)

The production of corn in North Dakota has shown an increase since the development of ethanol from corn. Ethanol is grain alcohol that is blended with gasoline to make a fuel for vehicles. Since ethanol is made from corn and other grains, it is a renewable source of energy. North Dakota has several ethanol plants that produce millions of gallons of ethanol each year.

North Dakota leads the nation in the production of several types of legumes. A legume (LEG-yoom) is a plant, which has pods that hold the seeds. Legumes enrich the soil because they take nitrogen from the air and leave it in the soil for future crops.

Dry peas, dry beans, lentils, and soybeans are some legumes grown in North Dakota. Peas and beans are similar, but peas have hollow stems while beans have solid stems. Both peas and beans are good sources of “B” vitamins, iron, and fiber.

Sometimes dry peas and beans are classified as edible. This means they are fit to eat. Examples of edible beans are the navy bean and the pinto bean.

The seeds of lentils are considerably smaller than those of peas or beans. Lentils are very high in iron and are popular among vegetarians (non-meat eaters).

Soybeans are not native to North America. They were brought to this continent from China on the continent of Asia. The high protein content of soybeans makes them a healthful food for both people and livestock. Soybean products are commonly used as substitutes for meat and dairy products. Soybean oil is also used in cooking. 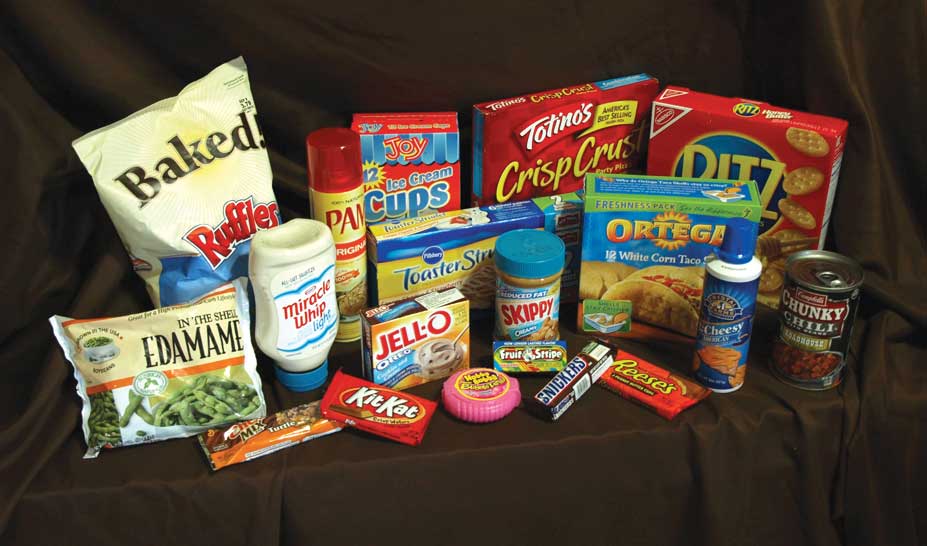 Figure 97. Foods from Soybeans include crackers, cereals, and cooking oil. Soybeans are also used as a meat and dairy substitute. (USDA)

A root crop is a crop grown for its edible roots. Sugarbeets are a major root crop raised in North Dakota. The root of the sugarbeet plant contains a large amount of sucrose, or sugar. 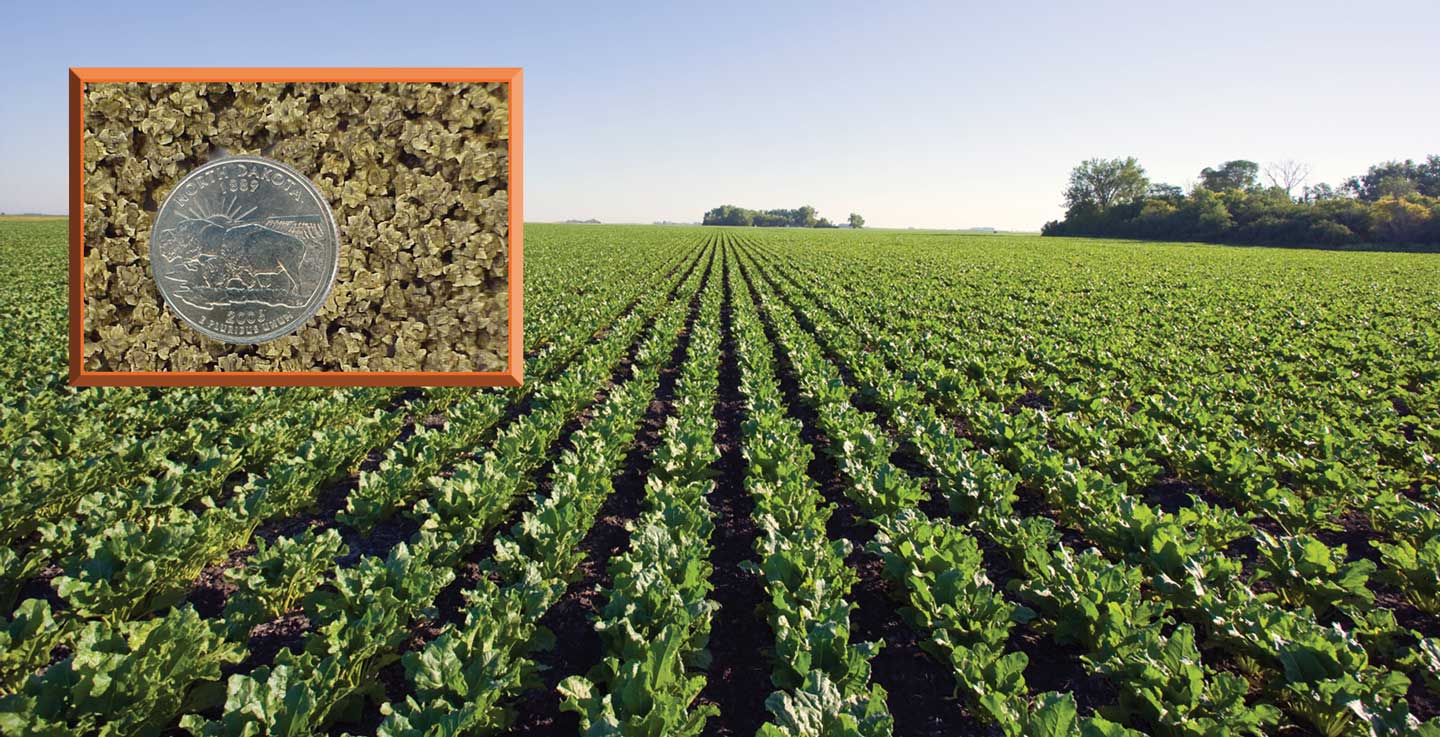 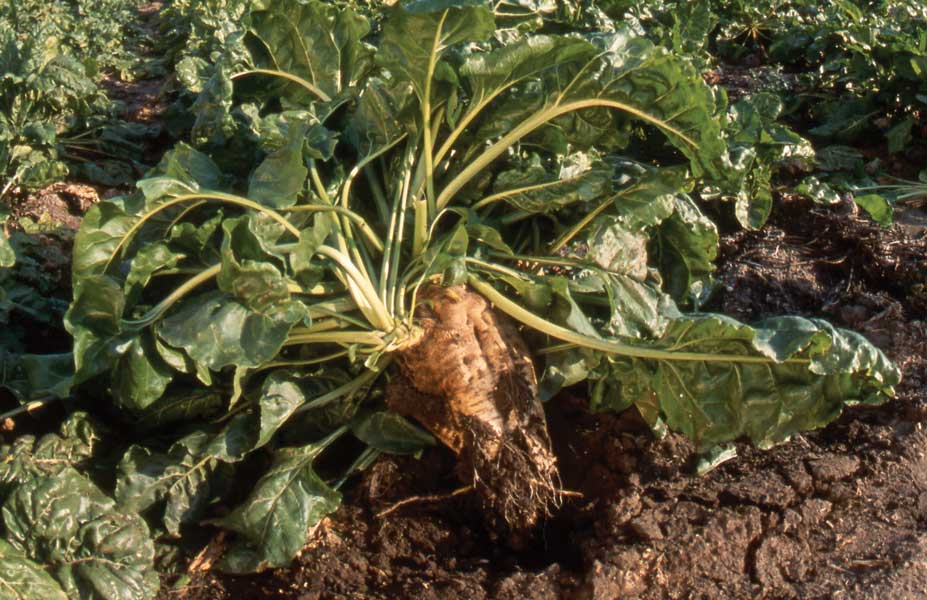 Sugarbeets are raised in several areas of the state but are most commonly grown in the Red River Valley. The seed of a sugarbeet plant is about the size of a grain of rice. By the time it matures, the root extensions have extended downward 6 to 8 feet below the surface.

Harvesting of sugarbeets takes place in the late fall. The plants are dug out of the ground by a sugarbeet harvesting machine and loaded onto trucks. The trucks then transport the crop to a factory where the sugarbeets are cleaned and sliced into thin chips. The sugar is then removed from the chips by being dissolved in hot water. Once the sugar is removed, the chips are dried for livestock feed.

The hot water and sugar mixture is cleaned, filtered, and boiled to evaporate the water. Machines then separate the sugar crystals for use as table sugar, brown sugar, powdered sugar, and sugar cubes. An average sugarbeet yields one-fourth cup of sugar.

The potato is the most popular root vegetable in the United States. On average, each American eats 142 pounds of potatoes per year. 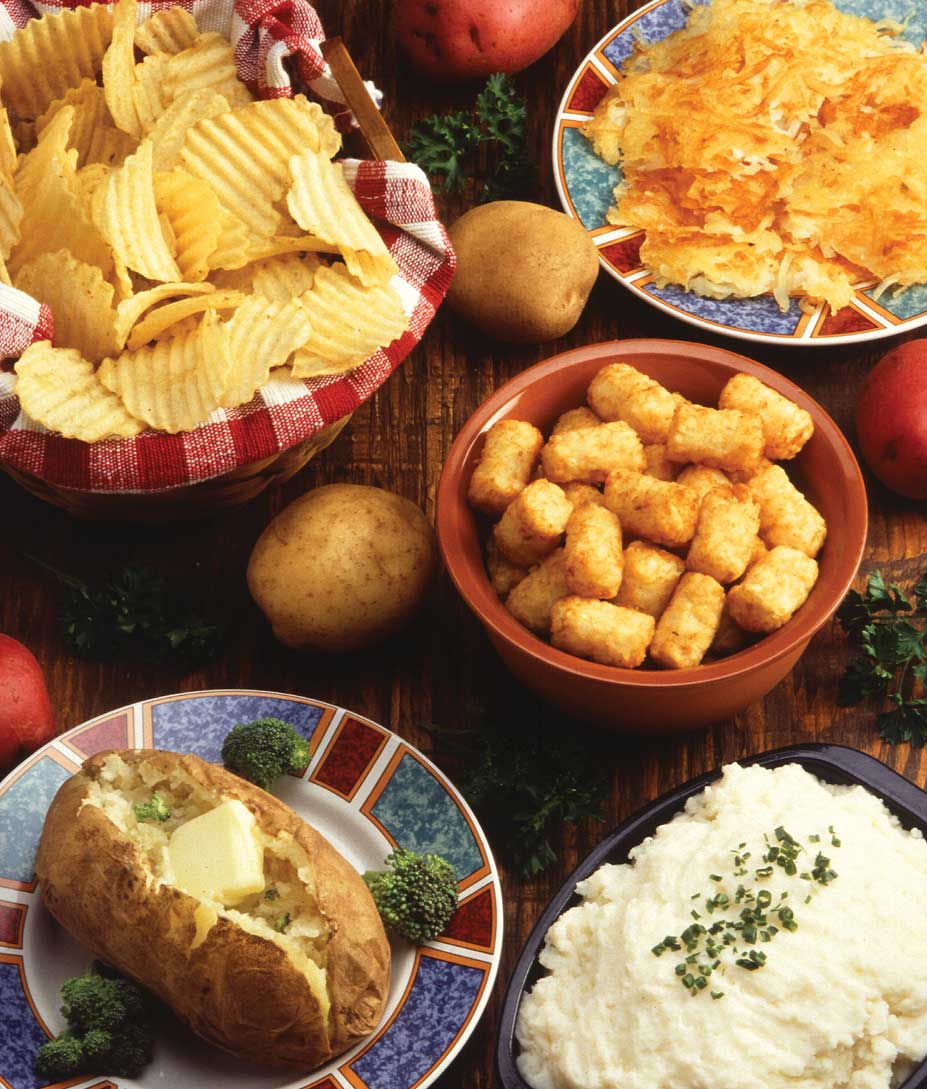 The Red River Valley is the major potato-producing area of the state. The potatoes from the Red River Valley are especially tasty. There are two reasons for this: the soil is extremely fertile in that region, and the potato crop is not irrigated. Potatoes grown in other areas of the state get their water by irrigation.

The Red River Valley is the third-largest potato-producing area in the United States. It is also the largest producer of red potatoes.

Potatoes are used for four main purposes: French fries, seed potatoes for planting, potato chips, and fresh potatoes for cooking. North Dakota produces potatoes for all of these uses.