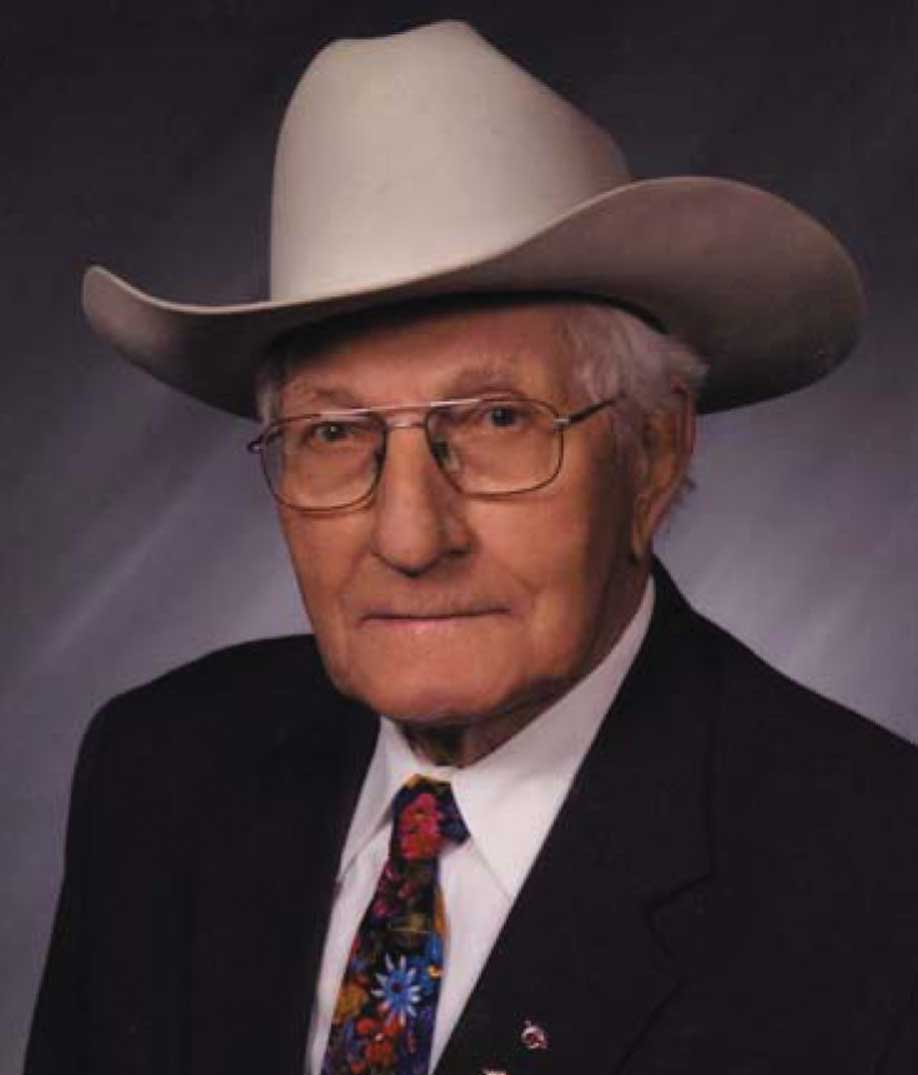 Russell Bueling was born in Ransom County, North Dakota, in 1919. He and his wife, Violet, lived on their “Flying Cross Ranch” near Sheldon, North Dakota, for over 60 years.

As he was approaching retirement age, Russell Bueling had an idea. He stated to a friend, “I don’t like golf, and I don’t like fishing. I want to develop a unique beef cattle breed that will fill my senior years and be a benefit to the beef cattle industry.”

Russell Bueling decided to design a “perfect cow.” It would need to have a calm nature, be able to produce many calves, and provide a generous amount of tasty beef. He also wanted his “perfect cow” to look unusual. He decided that it would wear a belt!

In order to find breeds of cattle that possessed the characteristics Bueling was looking for, he visited ranches around the United States, Canada, and Europe. Then, he found out about Alfred and Bernice Ostrum, who ranched in Montana.

Bernice Ostrum had purchased two Dutch heifers (young female cows) from a dairy farm. These Dutch cattle had white belts. Russell Bueling and the Ostrums crossed the belted dairy cattle mainly with Angus, Limousin, and Shorthorn beef cattle. After many years of working on cross-breeding with NDSU Animal Scientist, Russ Danielson, Russell Bueling and the Ostrums introduced their new breed of beef cattle.

Russell Bueling named the new breed “BueLingo.” He said that Bernice Ostrum had been the first person to make an effort to develop the cattle so the name should relate to her. Bernice Ostrum’s maiden name was “Bernice Bue.”

Today, thousands of BueLingo cattle are found throughout most of the United States, as well as in Canada and Australia. Russell Bueling was inducted into the North Dakota Agriculture Hall of Fame in 2005. 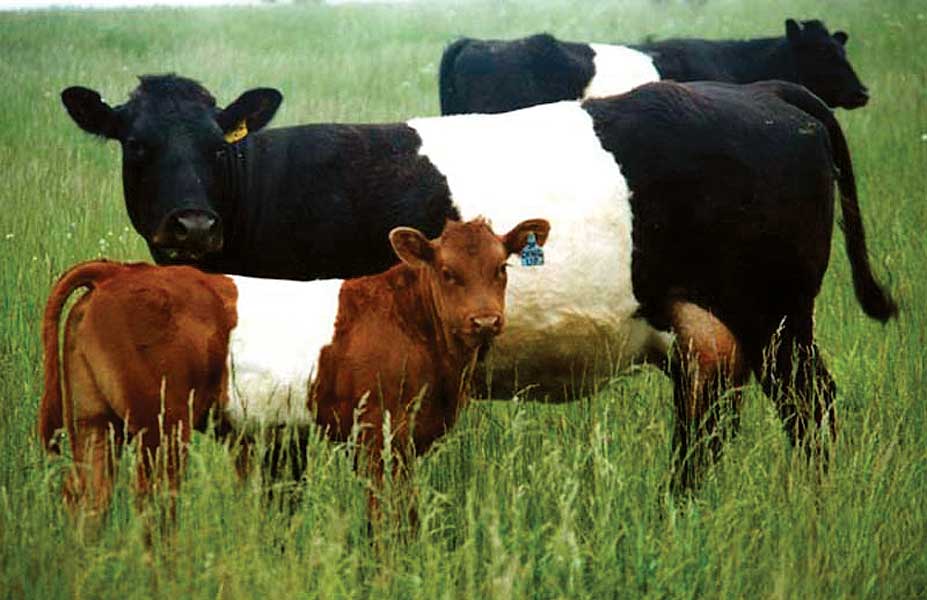