Horses have played an important part in North Dakota history. They were first used in the area by American Indian people. Later, Euro-American settlers used horses for transportation and for providing power. Today, a few of the horses in the state are used for herding cattle on ranches, but most are kept for recreational purposes.

A stallion is a male horse over four years of age that has not been neutered. If a male horse is neutered, it is called a gelding. Most colts are neutered because geldings are usually gentler and easier to handle than are stallions. Stallions may be hard to control.

Horses are classified as light horses, ponies, and draft horses. The difference between these classes is determined by size. Light horses have long legs and are able to run fast. They are commonly used for pleasure riding, showing, and racing. 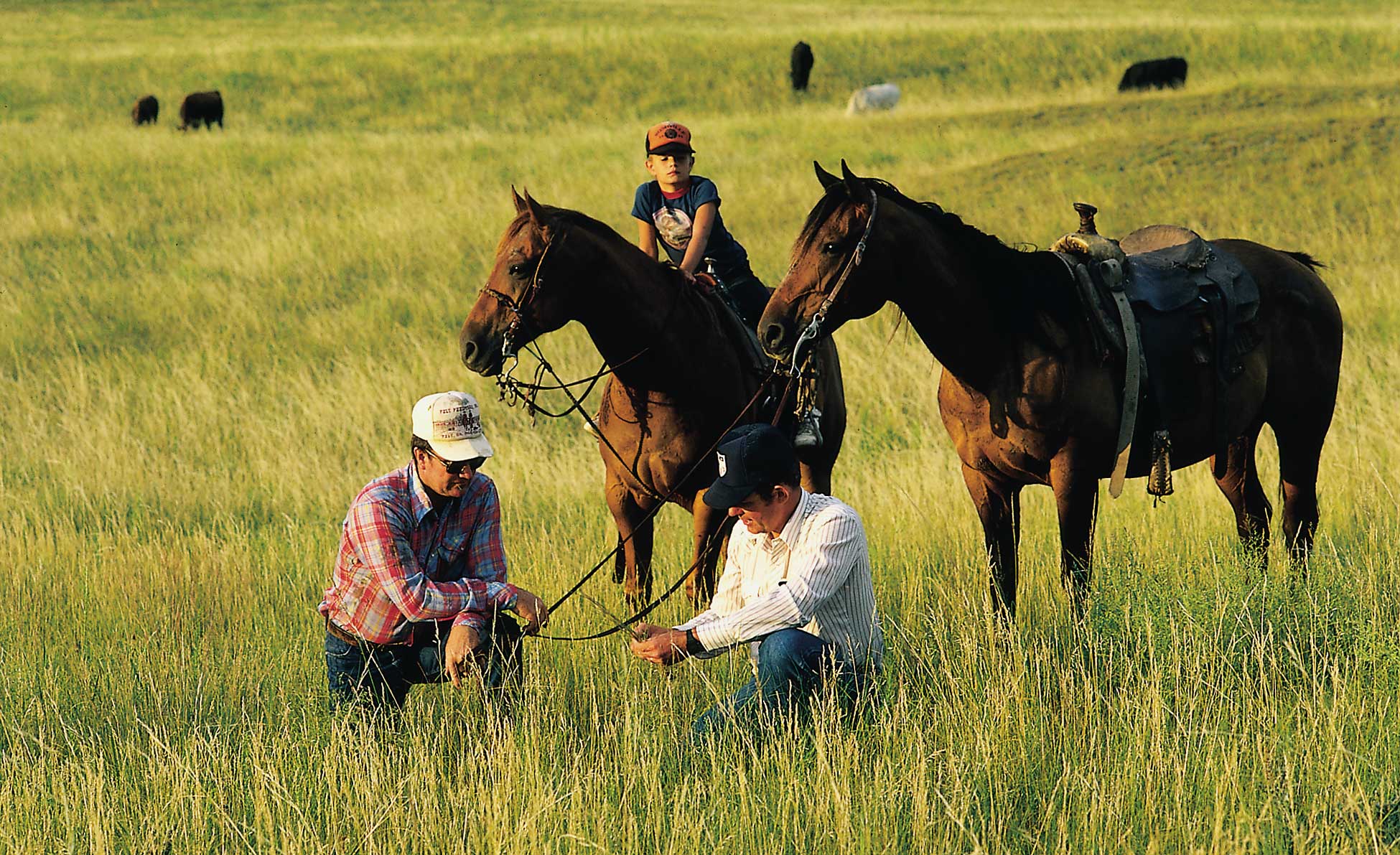 In the early days of horse racing in the United States, races were often one-fourth of a mile, or a quarter-mile, long. These races became known as “quarter-milers.” Fast horses that were bred for the races developed into the breed called the Quarter Horse. As America expanded westward, this breed of horses became popular among pioneer ranchers and cowboys as a good riding horse.

Some breeds of horses are classified according to color. These are called “color breeds.” An example of a color breed is the Palomino. The body of a Palomino is golden-colored. The mane, tail, and lower legs are white.

A pony is a small horse. Two common breeds of ponies are the Welch pony and the smaller Shetland pony.

A draft horse is a horse that was developed to pull heavy loads. Draft horses are larger, heavier, and more muscular than light horses. They weigh from 1,400 to 2,200 pounds.

Draft horses were commonly used on North Dakota farms before tractors became available. Today, a small number of draft horses can still be found in the state. They are raised mainly for parades and shows such as threshing bees.

An unusual type of horse is raised by a few North Dakota ranchers. This is the miniature (MIN-ah-chur) horse. “Miniature” means small. Miniature horses measure less than 34 to 38 inches and are raised mainly to sell as pets.

Figure 130. Draft horses were used to pull machinery or heavy loads before the arrival of the farm tractor. (Neil Howe)