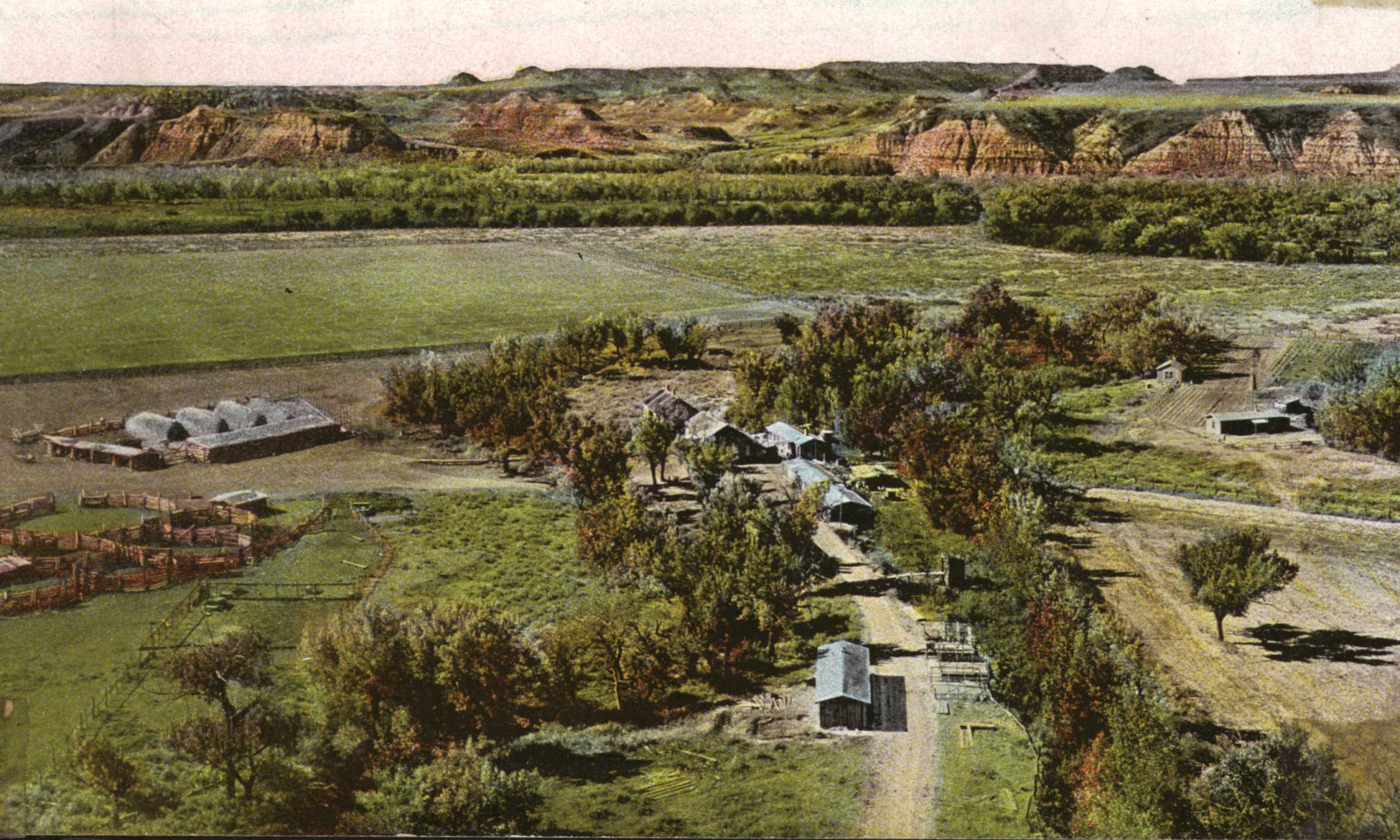 Cattle were first brought into North Dakota in the 1860s to provide meat for soldiers at military forts in the area. As the Northern Pacific Railroad tracks moved westward, settlers followed. When land became available in western North Dakota, more cattle were brought to the area.

The valley of the Little Missouri River was perfect for ranching. The region, particularly the Badlands, had good grass for grazing, streams for water, and canyons and gullies for shelter.

Wealthy businessmen in the eastern part of the United States heard about the good grazing lands in western Dakota Territory. They began furnishing money to start huge cattle ranches in the area. Cowboys drove cattle along trails from regions in the south to fatten up on healthful grass in the western part of North Dakota.

The early ranchers in western North Dakota kept their cattle on open range.Land that is not fenced where cattle are free to graze This means that the land was not fenced in, and cattle were free to graze anywhere. Naturally, cattle from the different ranches got mixed together. Every ranch had its own brand,Special identification mark burned onto the skin of animals or special mark, that was burned onto the skin of each animal in order to identify it.

Twice a year, a round-up was held. Cowboys from surrounding ranches rounded up the cattle. A branding iron heated in a fire was used to brand each calf with the same brand as the cow it was following. The cattle that were ready for market were separated from the herd so they could be shipped to market. The market cattle usually were herded to the railroad yard and loaded into train boxcars. 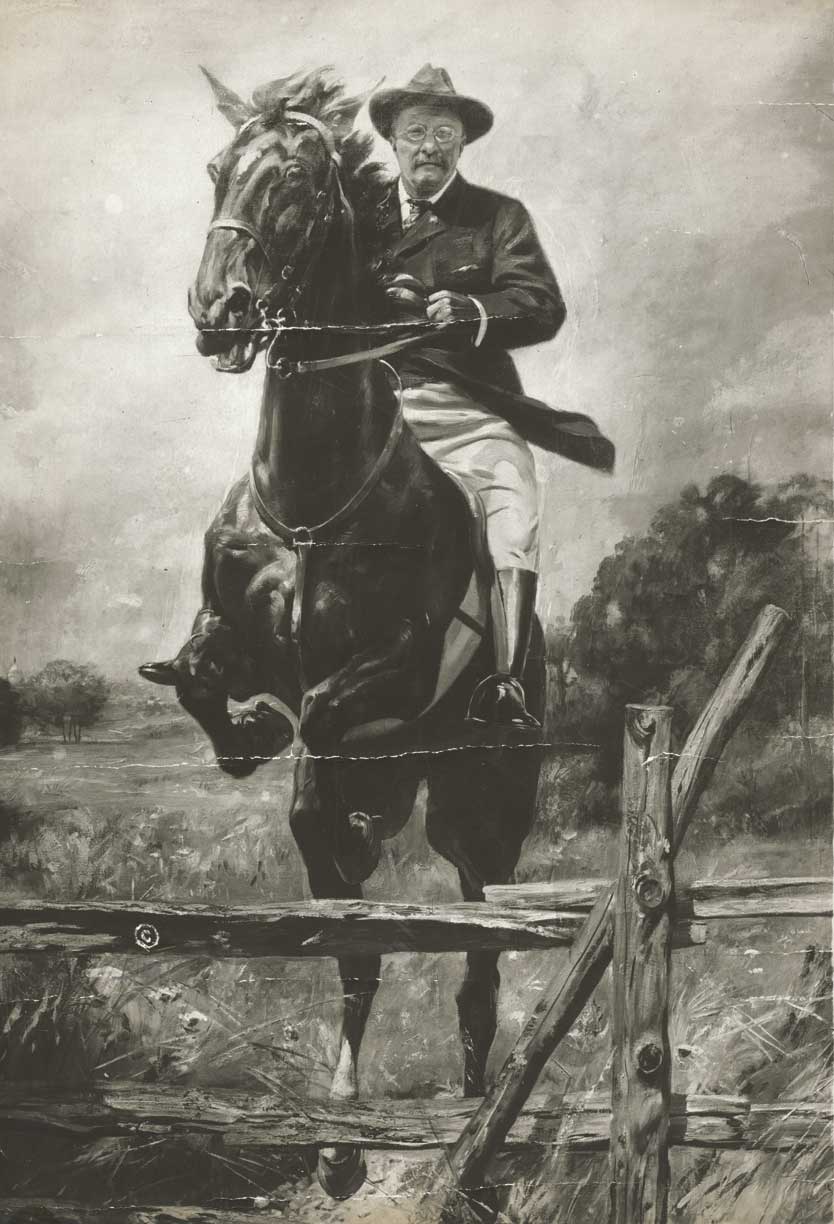 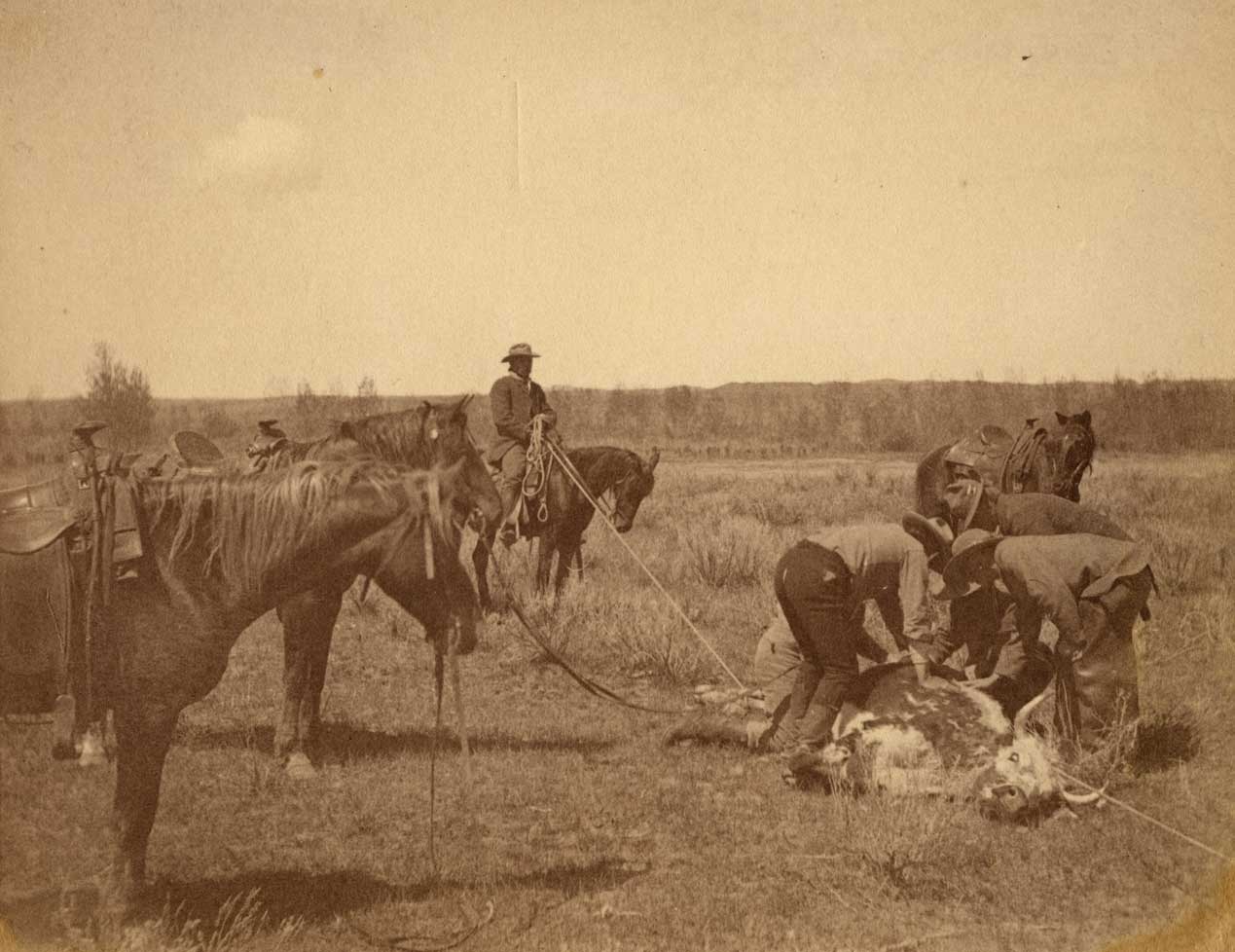 Over the next decade,10-year period millions of cattle from Texas and other areas were fattened up in western North Dakota and then taken to market. By 1886, the range had become overcrowded with thousands of cattle that were competing for the grass. The summer of 1886 was very dry, so the grass did not grow well. When fall came, the cattle were thin and not as strong as they should have been to face the winter.

The winter of 1886 started early with a heavy snowfall. A few days later, the weather turned mild, melting the top layer of snow. Suddenly, the temperature dropped, and a thick crust of ice was formed on top of the snow. This made it very difficult for the cattle to get to the grass underneath.

The winter turned out to be severe with blizzards and extremely low temperatures. January and February had several days with temperatures falling lower than 40 degrees below zero. The combination of the cattle starting the winter being thin, the ice crust over the grass, the extremely cold temperatures, and not enough shelter from the blizzards resulted in disaster for the herds. By the time spring came, about 80 percent of the cattle had died. This means that out of every 100 cattle, only about 20 were left (100-80 = 20). Many of the big cattle companies went broke (lost all their money).

Several of the cattle ranchers turned to raising horses. There was a big demand for work horses, which were the main source of power on the farms. Horses were also used throughout the country for pulling wagons, buggies, and providing other means of transportation and power.

A few ranchers in western North Dakota raised sheep, but sheep ranching never became as popular as cattle or horse ranching. The sheep herders needed to be watchful of predators, such as wolves and coyotes.

Both the bonanza farms and the huge cattle ranches had served useful purposes in the settlement of North Dakota. They had shown that the land was productive, and agriculture could provide a means of support. Eastern newspapers, as well as newspapers in Europe, printed stories about the good living that could be made in this exciting new land.