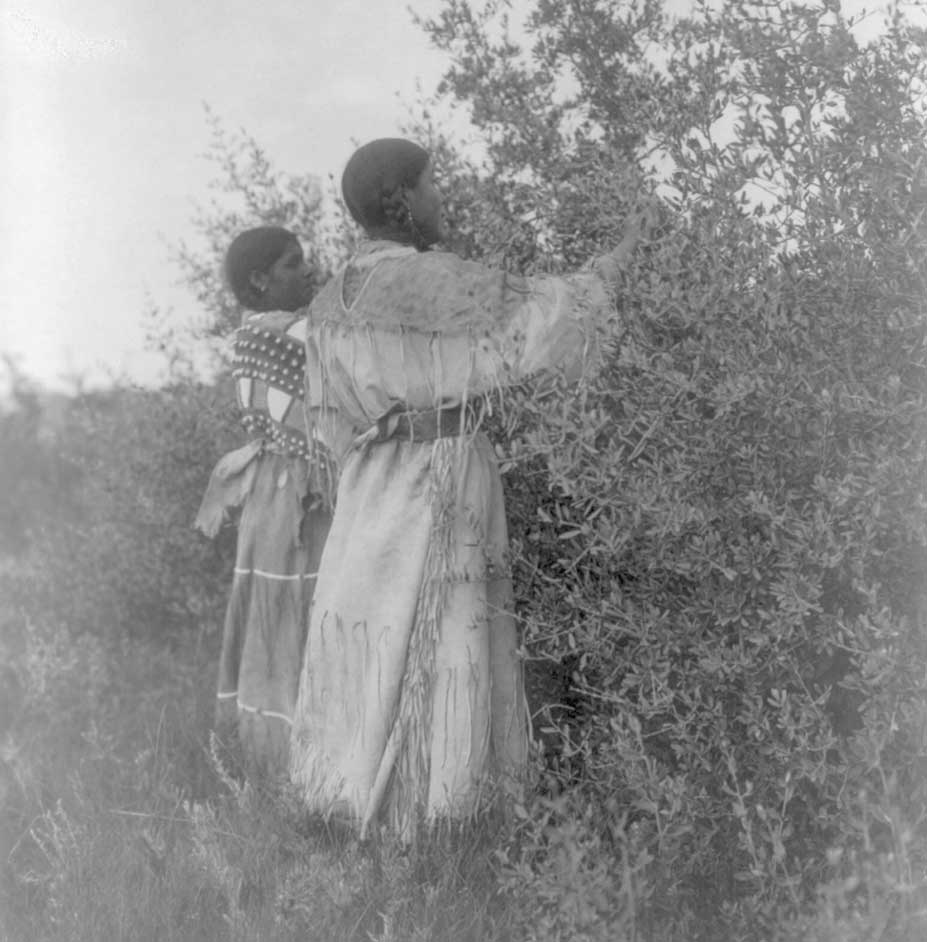 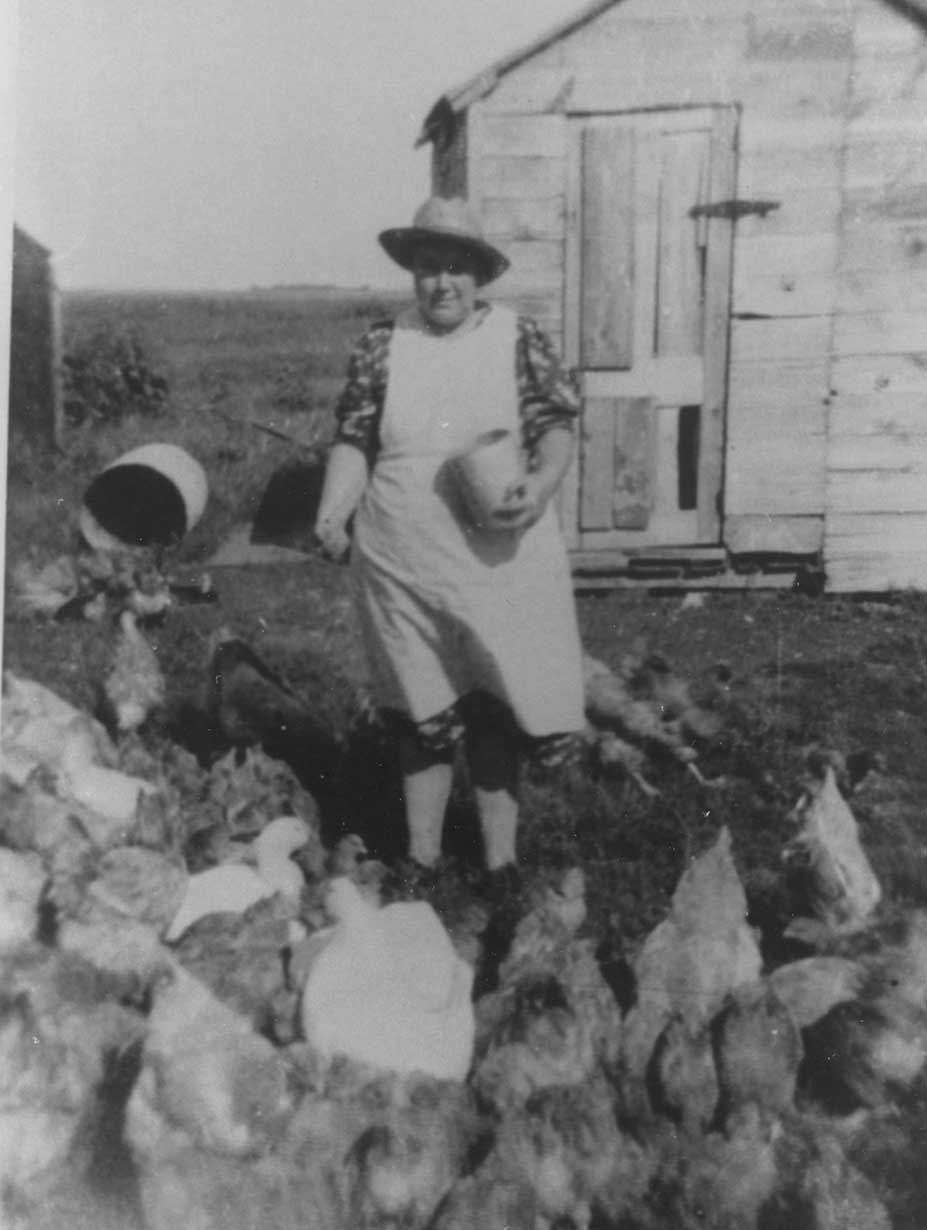 Women were the first farmers in North Dakota. They owned the fields, seeds, tools, and other items related to farming and the home. Women planted, raised, and harvested the crops. The men were in charge of protecting the village and hunting for meat.

The agricultural tribes of North Dakota engaged in the business of trade, which created a rich economy for their people. Women provided the source of this trade wealth with their corn and other agricultural crops.

When Euro-American people settled in North Dakota, they brought their own culture. Culture (KUL-chur) is the way of life of a group of people and includes their livelihood (LYV-lee-hood) (how people make their living).

In the American Indian culture, women did the farming. In Euro-American culture, however, farming was generally the responsibility of the men. Even so, Euro-American women did contribute significantly to the success of agriculture in North Dakota.

Women on the homesteads were in charge of the housework, cooking, and sewing. Besides this “inside work,” they were also involved in agricultural activities. Most farm women contributed to the family earnings with their “barnyard income.” Barnyard income was the money earned through the raising of poultry and dairy cows (cows raised for milking).

Barnyard income usually came in a different form than income from cash crops. Instead of being sold for cash, items produced in the barnyard were generally traded for other goods. 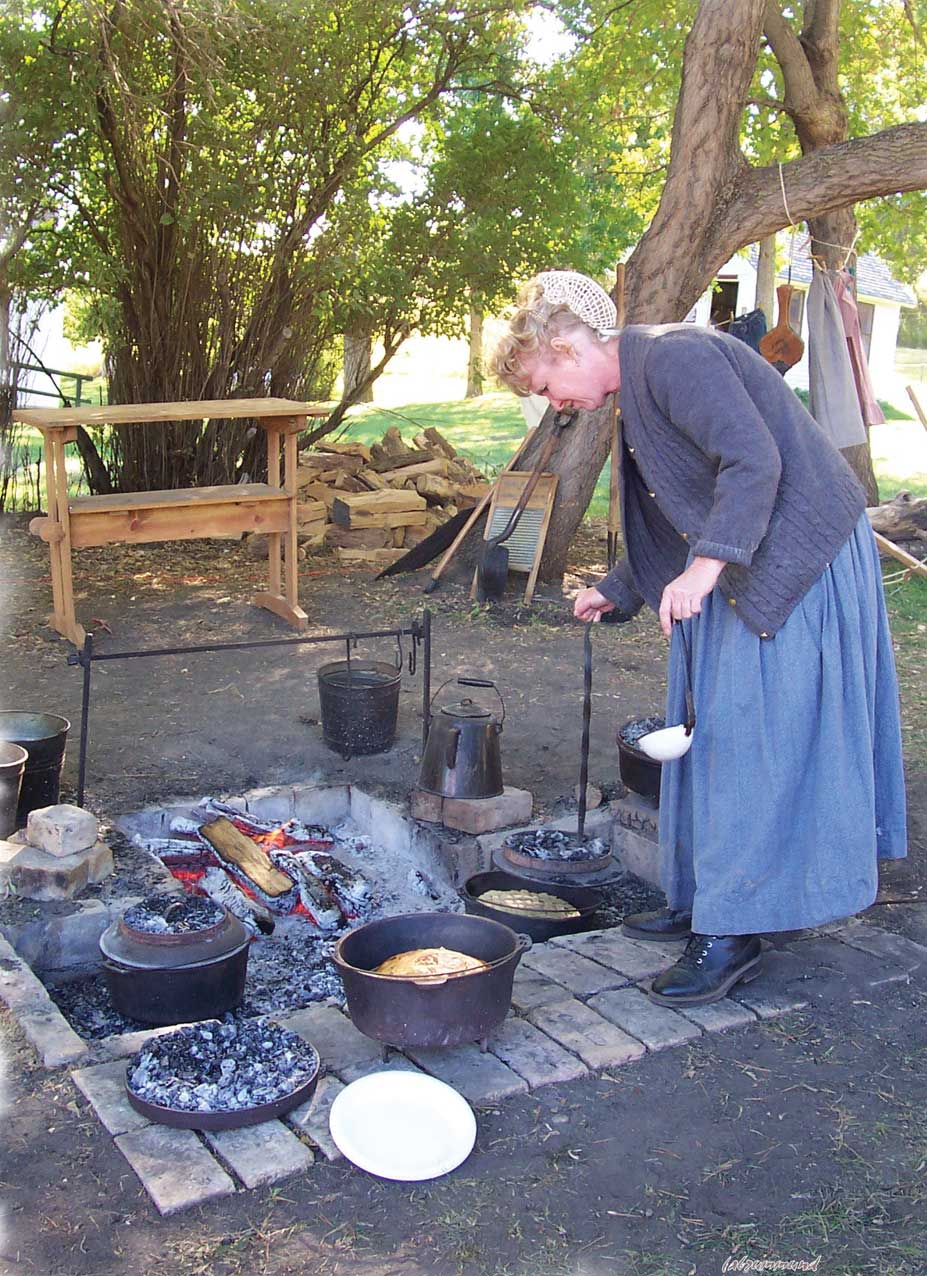 The two main products used for trade by the women were eggs and butter. These items were commonly traded to storekeepers in town for food, clothing, and household necessities for the family. Without the barnyard income, many farms would not have been able to stay in business.

Thousands of women led homestead claims in North Dakota on their own. Most were young, single women, but older women also led claims. Women who homesteaded became independent very quickly. It was common for pioneer women to handle horses, operate machinery, and work in the fields.

The Homestead Act gave 160 acres of free land to a person who built a house, lived there for five years, and cultivated (farmed) the land. This was the first time that women were allowed to file land claims.

Every five years, an agricultural census (count) is done by the United States Department of Agriculture. According to the latest census, nearly 3,700 women are operating farms in North Dakota today. 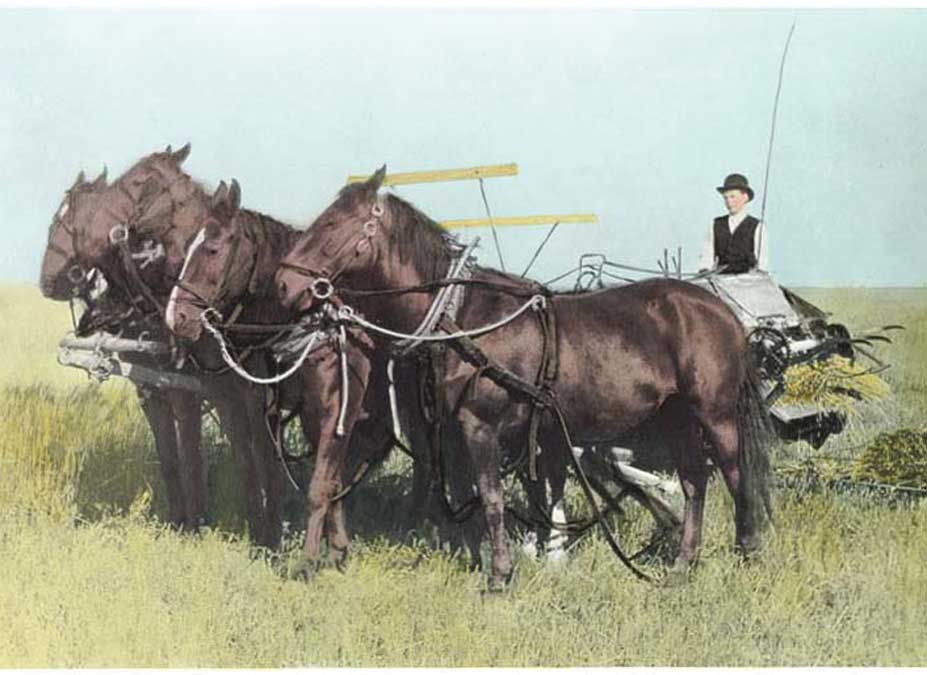 Figure 45.  A pioneer woman pauses to give the horses a rest from binding on her farm near Milton, North Dakota, early 1900s.  (Hultstrand Collection, Institute for Regional Studies, NDSU, 2028.095)