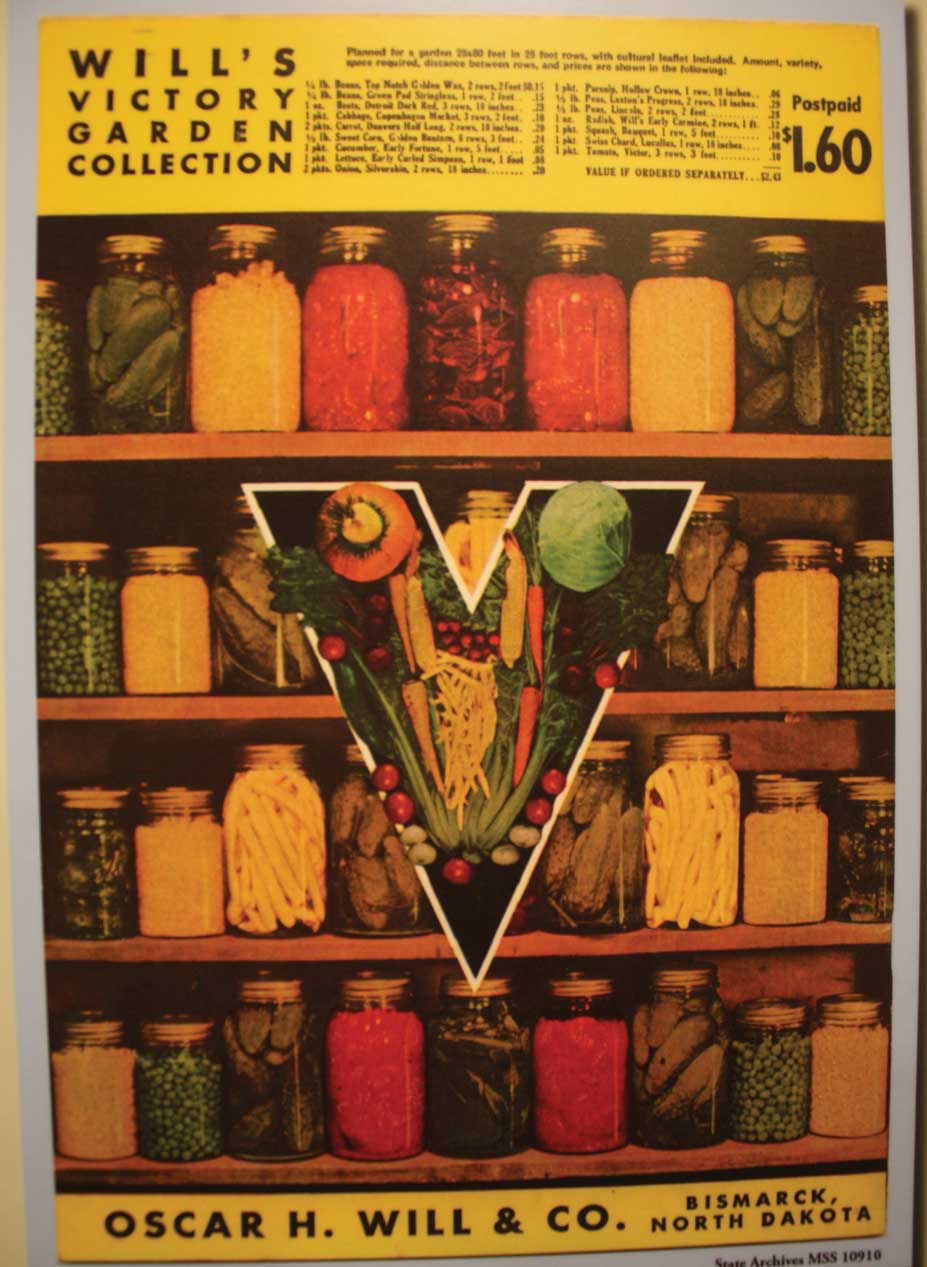 Conditions in North Dakota turned out to be very different during World War II than they had been during World War I. Rainfall was plentiful; crops were good; land could be bought cheaply; and farmers received higher prices for the crops and cattle they sold at market.

World War II began in Europe in 1939. On December 7, 1941, a United States Navy base at Pearl Harbor, Hawaii, was attacked by Japan. The next day, the United States entered the war. About 60,000 men and women from North Dakota joined the armed forces to help fight the war. Almost 2,000 of them died.

Thousands of other North Dakotans moved out-of-state to cities where they got jobs working in factories building airplanes, ships, guns, and other materials needed for the war effort. From 1940 to 1945, about 18,000 farm workers left North Dakota farms. World War II ended August 8, 1945.