A turning point in the history of the world had a significant effect on North Dakota. This major event was World War I. 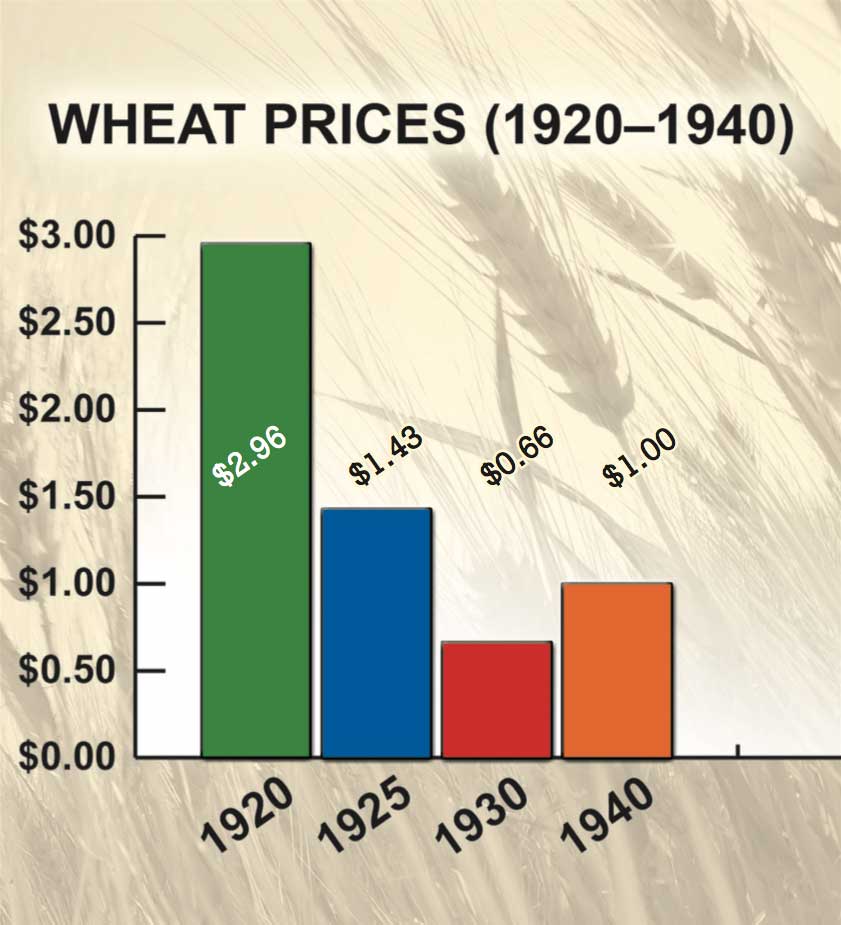 World War I affected North Dakota agriculture, both during and after the war. Thousands of farm workers left the farms to join the military. Many others moved to other states to work in factories that produced materials for the war effort. Most schools in the state adjusted their calendars so that students could stay home in the fall and spring to work in the fields.

The U.S. governmentThe group of people who makes rules for the state or nation encouraged farmers to produce more food. North Dakota farmers increased their wheat production, but instead of paying the farmers a fair price for the wheat, the U.S. government lowered the price. Businesses in other parts of the country made money from materials they produced for the war, but North Dakota farmers did not.

After World War I ended, farmers were getting better prices and increasing the size of their farms. The cost of land went up, but many farmers borrowed money from banks so that they could buy more land anyway. Suddenly, prices dropped. Farmers could no longer make a profit.The amount of money earned after expenses have been subtracted 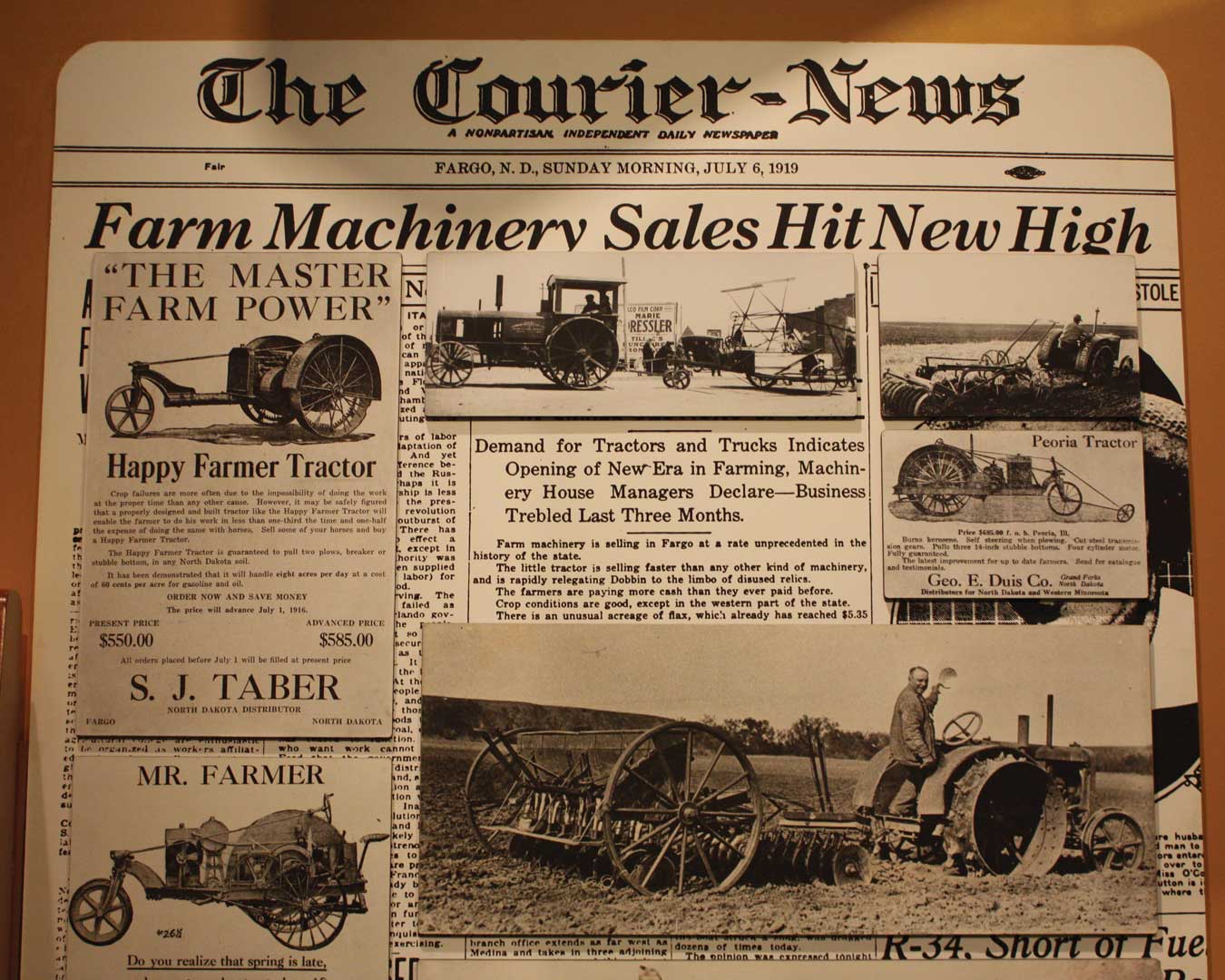 Figure 49.  Farmers prospered following the end of World War I in 1918.  This 1919 Fargo newspaper headline highlights the rise in farm machinery sales.  (SHSND) 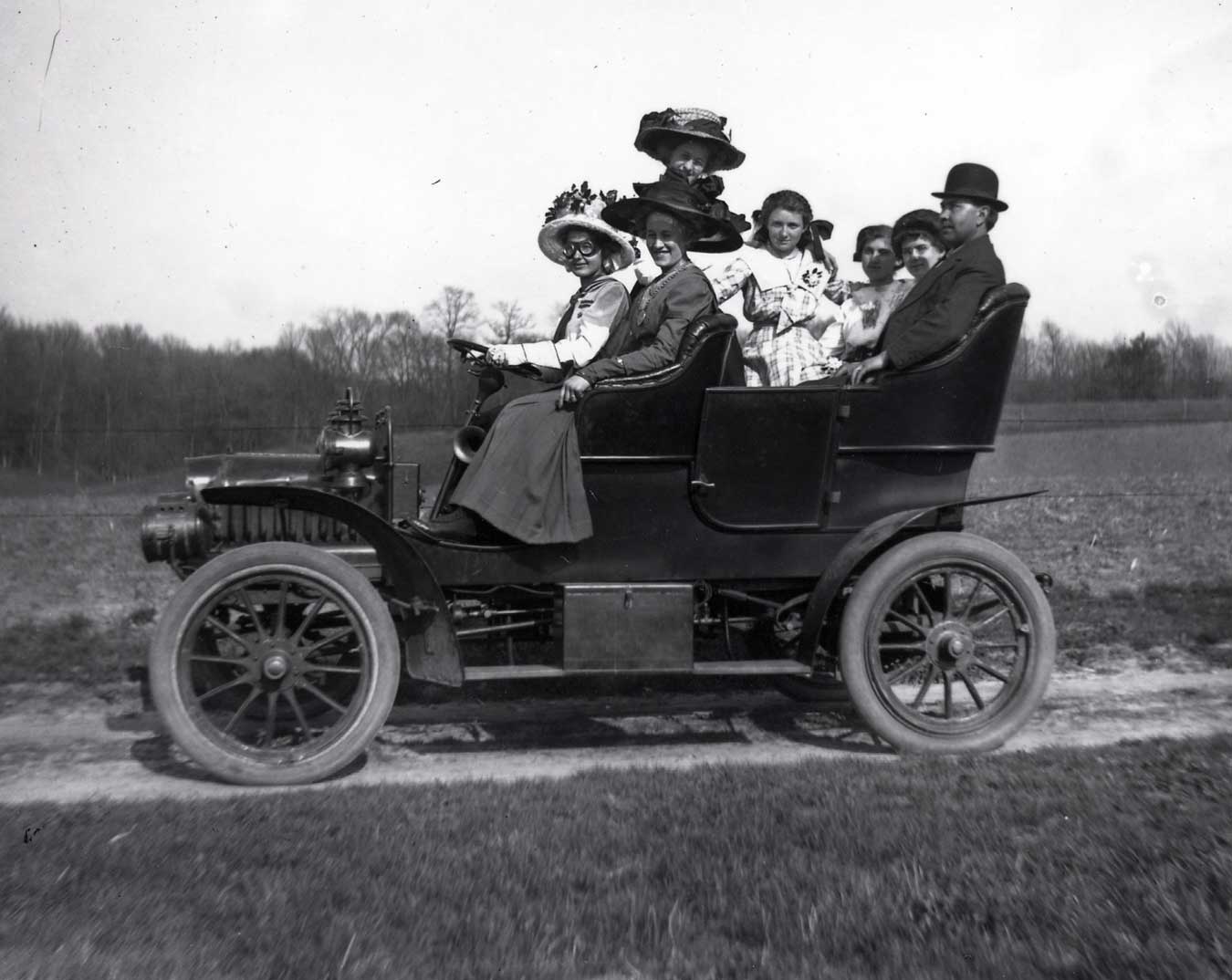 Many farmers could not pay back the money they had borrowed from the bank. The bank would then take the farm as payment, and the farm family would have to move away.

During the 1920s, much of the United States enjoyed prosperity (riches). On the farms of North Dakota, however, many people were struggling with high costs, low prices, and heavy debt.Money that is owed Some farmers lost all of the money that they had worked so hard to save throughout their lives.

Crop and cattle prices remained low throughout the 1920s. Also, rainfall was below average for many of those years. Farm depression continued throughout the decade (10-year period).

A great number of North Dakota businesses were affected by this depression. Because the banks were owed so much money, many of them went broke and had to close their doors.

The population of North Dakota declined. During the 1920s, about 65,000 people moved out of the state.

The people who continued to farm in North Dakota worked hard to make their farms successful. They adjusted their farming methods by purchasing machinery. Tractors and trucks replaced horses. The use of machines enabled farmers to cultivate more land. The result of this was that farms became larger.

Another change that was taking place on North Dakota farms involved transportation. In 1920, slightly more than half of the state’s farmers had automobiles. At the end of the decade, almost 90 percent (90 out of every 100) of farmers owned a car. This new means of transportation enabled farm families to travel farther distances, so they began to do more business in the larger towns or cities.