Section 12: Responsibilities of the Farm Family

On the homesteads of North Dakota, the roles of men, women, and children were often blended together so that everyone contributed equally to the success of the farm. Men usually did the heaviest work because they were generally the strongest physically, but the women and children worked just as hard carrying out significant responsibilities. 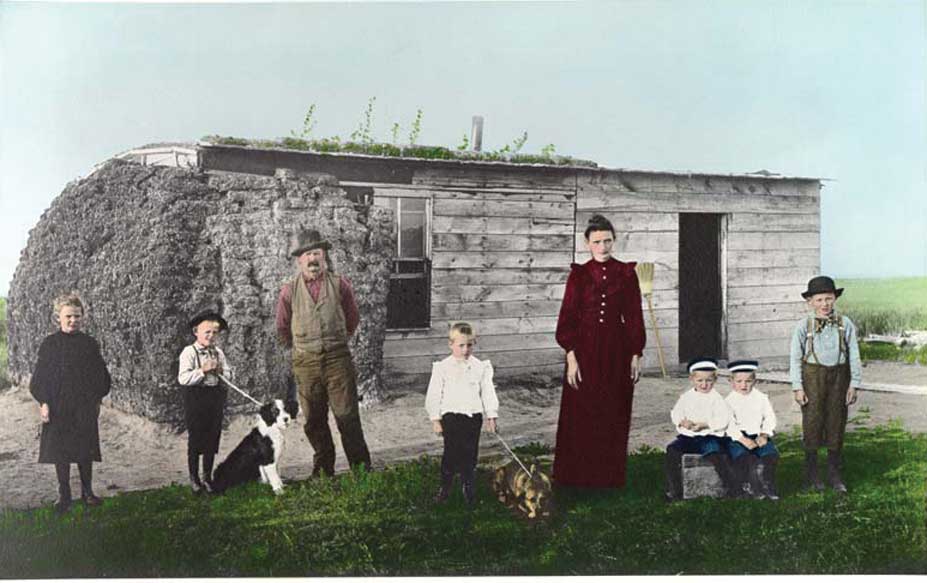 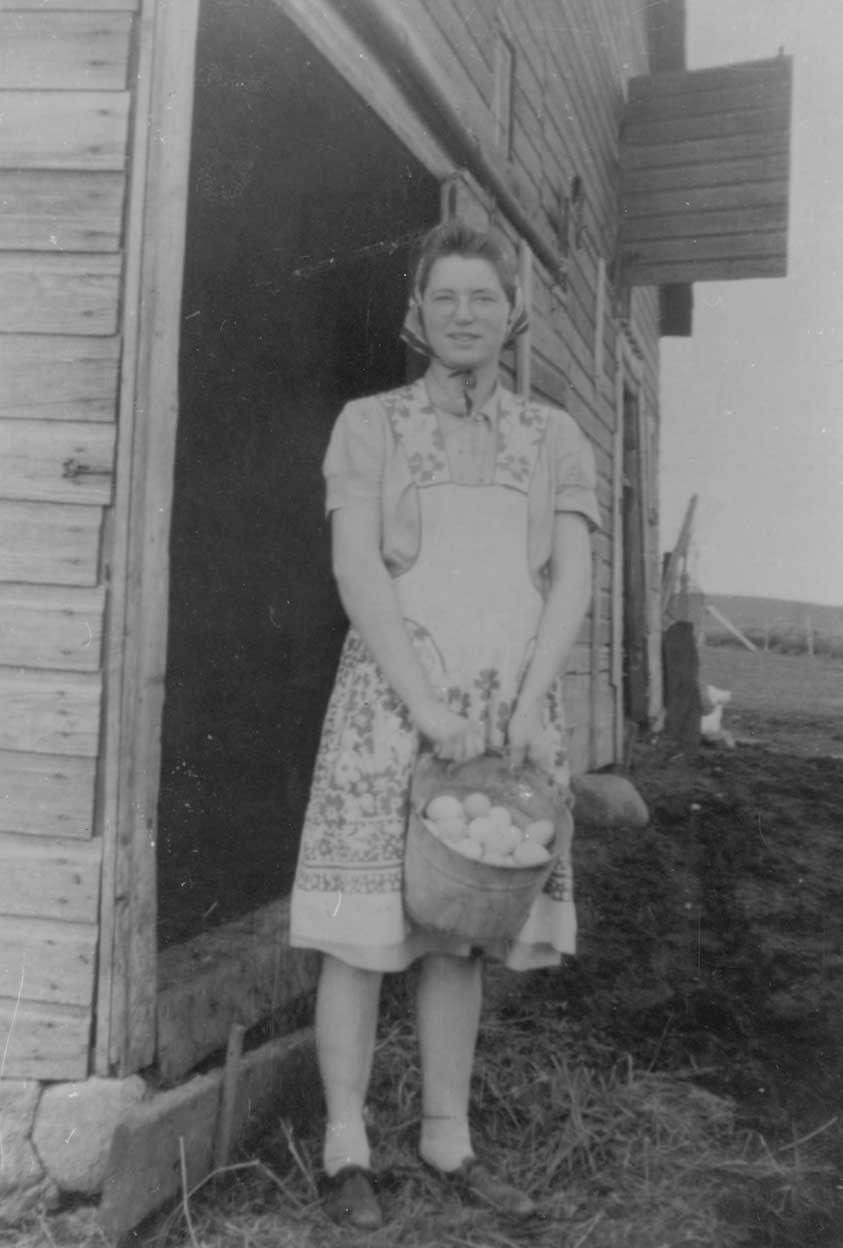 Figure 36. A woman gathers eggs to provide food for the family and to add to the farm income.  (Institute for Regional Studies, NDSU, 2079.8.7)

During the first years on a homestead claim, people were often very short of money. A team of horses, equipment, and seed for planting were necessary items which needed to be purchased. The homesteaders also had to have food supplies to last several months.

In order to survive until the crops were planted, harvested, and sold at market, other sources of income were required. Many of the earliest homesteading families gathered wagonloads of bison bones, which they sold for $8 to $12 a ton. (A ton is 2,000 pounds.) The bones were shipped to eastern markets where they were made into fertilizer, glue, and other products.

Some of the men left the state to work in lumber camps, some worked on the railroad, and others did hunting or trapping. While the men were gone, the women and children took care of doing all of the farmwork.

Figure 37.  Wheat is one of North Dakota’s main cash crops. 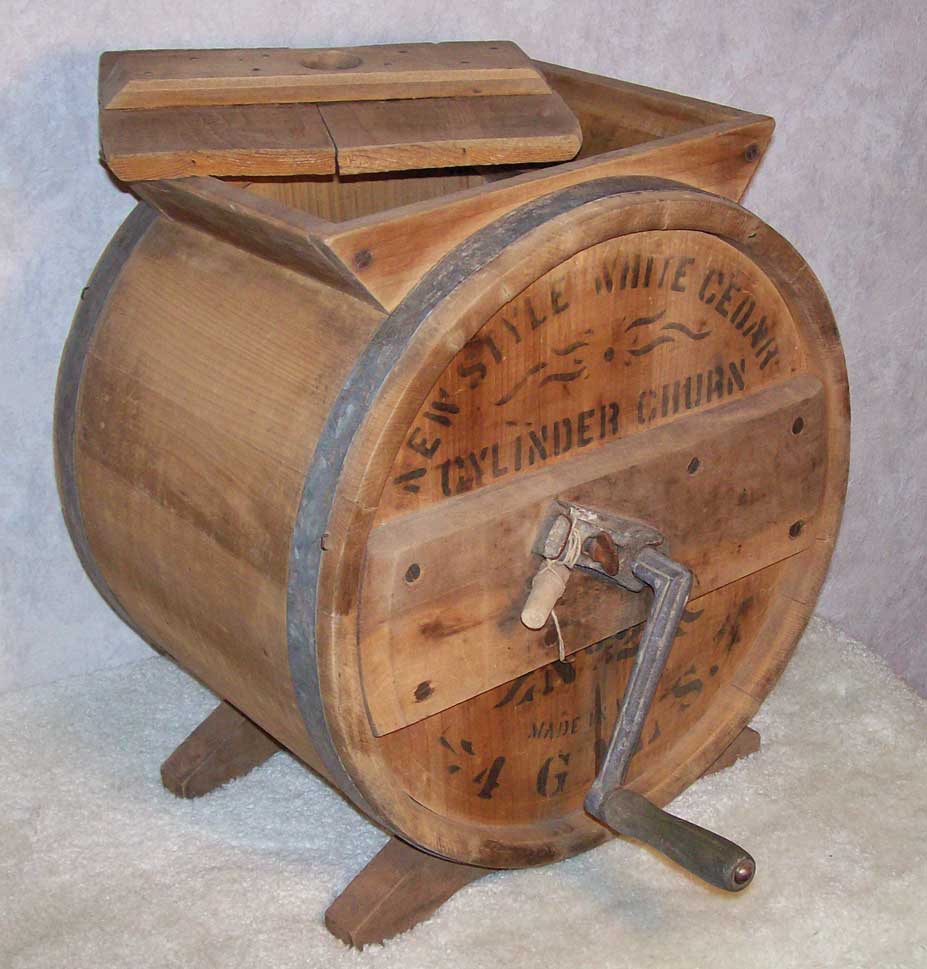 Figure 38.  This wooden churn was used to make butter.  Churning was often the responsibility of children.  (Laverne Johnson)

Women usually provided food and income by milking cows and raising poultry.Birds raised for eggs or meat Women and children churned butter and gathered eggs. These products were not only used by the family, but they could also be sold or traded to neighbors or to a store or restaurant in town.

To make butter, cream was placed in a churn.Device that stirred cream to make butter A common type of churn was a covered wooden container with a paddle turned by a hand crank. The paddle rapidly stirred the cream as a person turned the crank. This was often a job done by children who were strong enough to crank the churn.

Nearly every farm family raised garden vegetables, which were canned each fall. Meat was also canned after an animal was butchered. Canning involved picking, cleaning, and cutting up the vegetables or preparing the meat; sterilizing the jars in boiling water; packing the jars; and heating the product by a certain method. The canning process had to be done exactly right to avoid food poisoning or spoilage. Usually women did the canning, but sometimes the whole family was involved.

Every family member shared in the work of the farm, and children took on responsibilities at a very young age. As soon as a child was old enough to follow directions, he or she became responsible for certain tasks. Chores were based on age and strength. 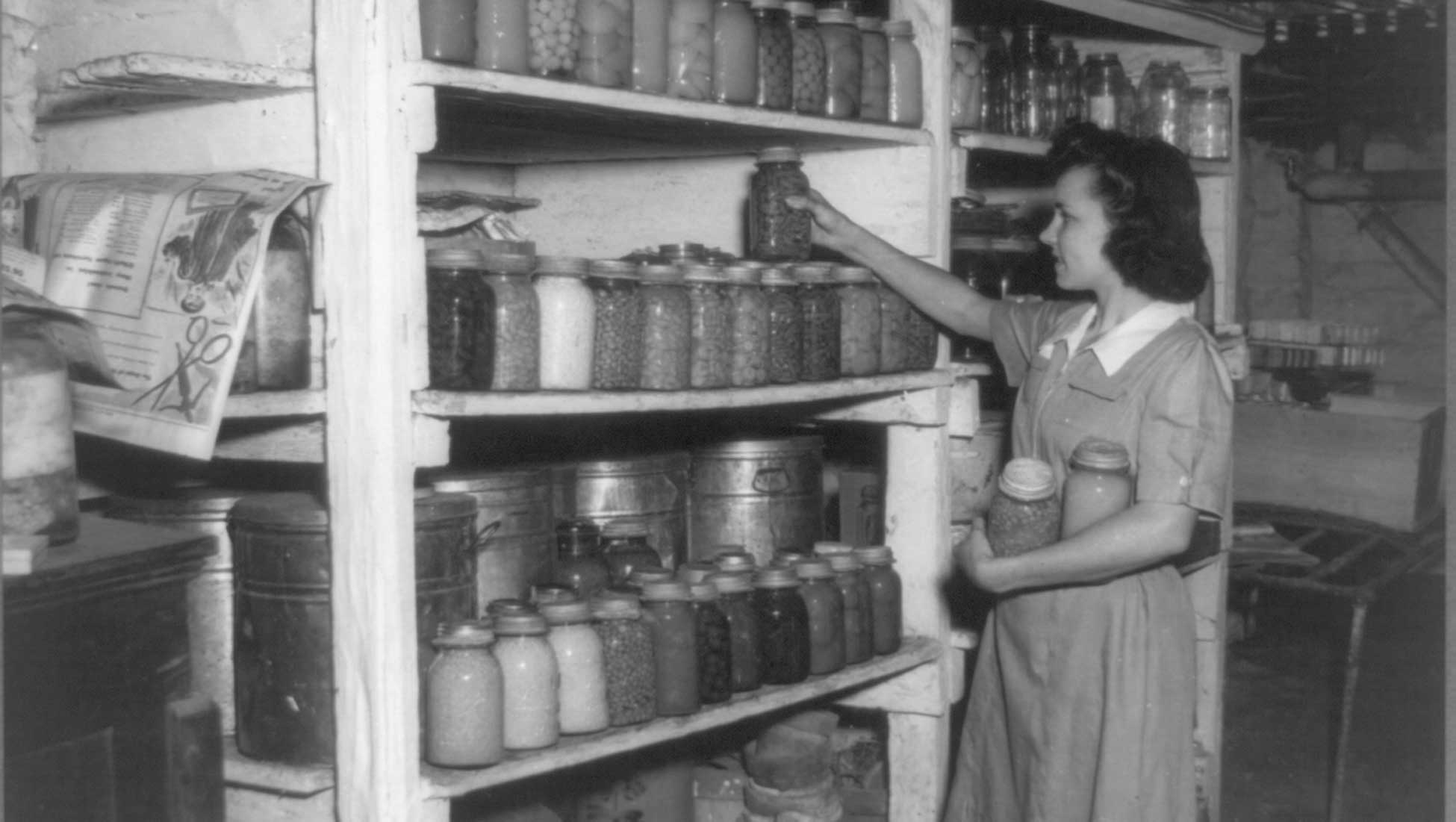 Figure 39.  Canning vegetables and meat was common for most early farm families.  (Library of Congress)

Some of the earliest chores that children had on the farms were babysitting younger siblings (brothers and sisters), picking eggs, feeding chickens, hoeing the garden, herding cattle, and helping with jobs around the house. As they grew older and stronger, children gradually increased their work loads.

By the time a child reached the age of 10, he or she was usually considered capable of taking on many adult responsibilities. It was common for children to drive horses and operate farm machinery. The more a child could do alone, the more important he or she felt. 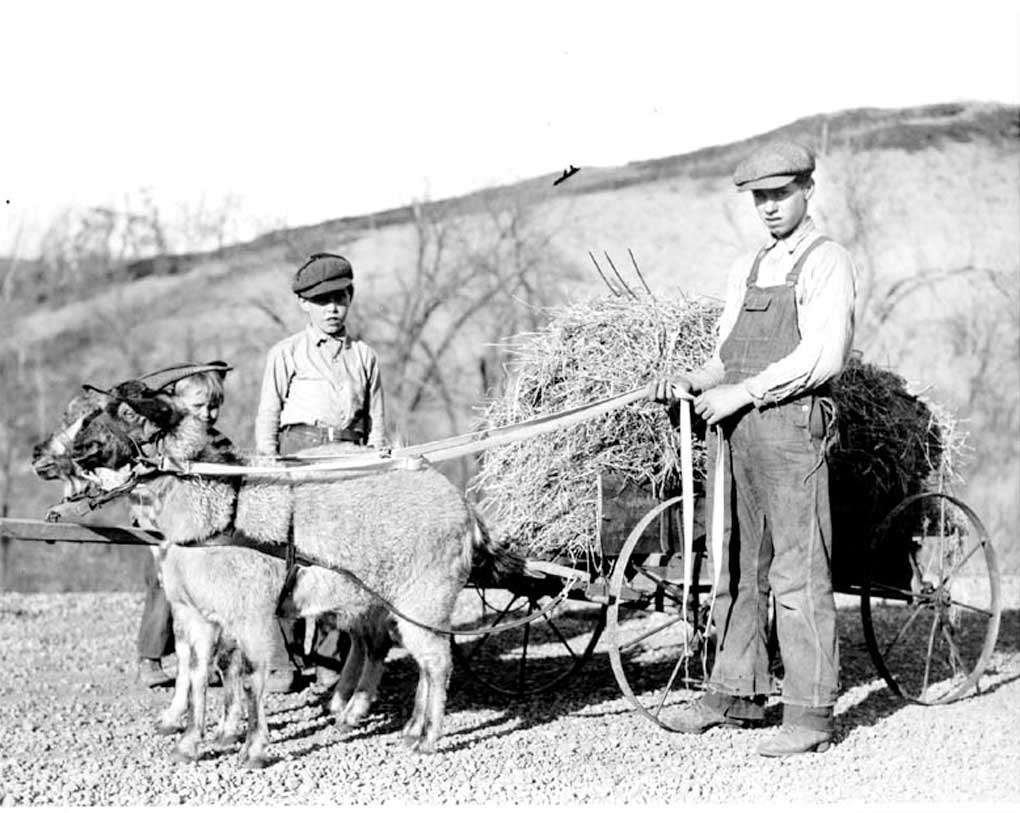 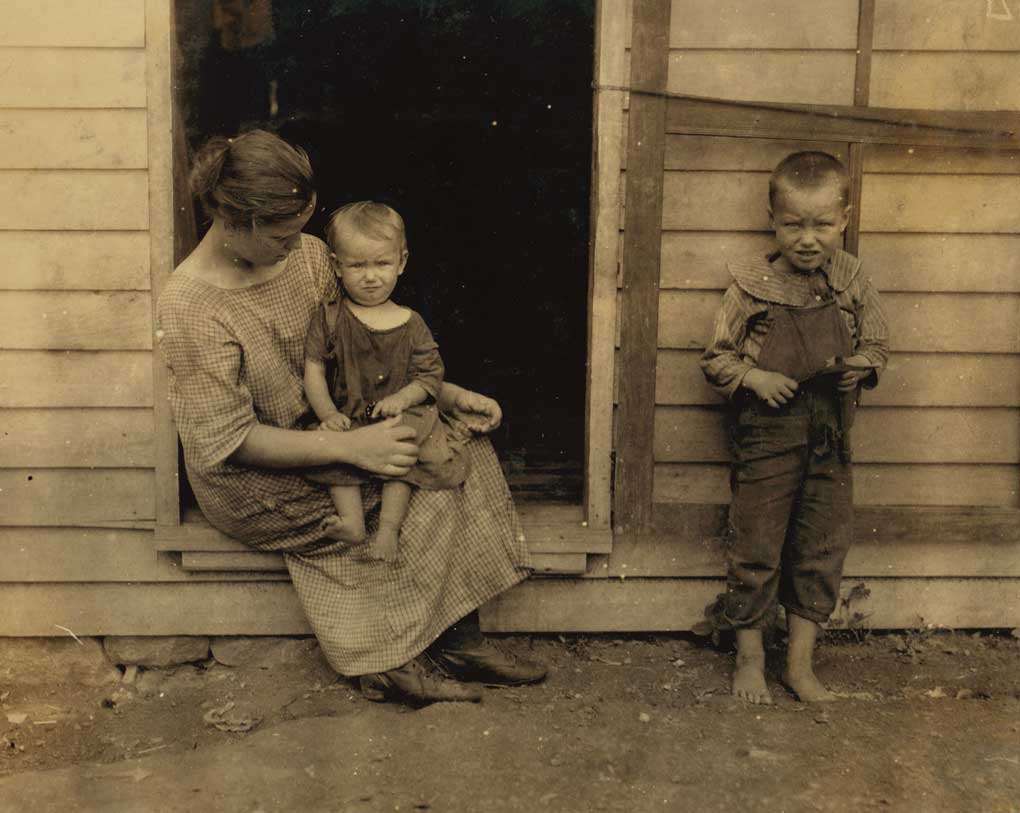 Figure 41.  Farm women had many responsibilities on the early farm, in addition to tending children.  (Library of Congress)