During the 1930s, the United States suffered a depression that was so severe that it is sometimes referred to as the “Great Depression.” Unfortunately for people in North Dakota, a major drought also struck during that decade. This lack of rainfall added to the difficulties caused by the poor economy.

Figure 51.  Drought and low farm prices of the 1930s caused a farm depression and hardship across North Dakota. (Institute for Regional Studies, NDSU, 2057-08-02) 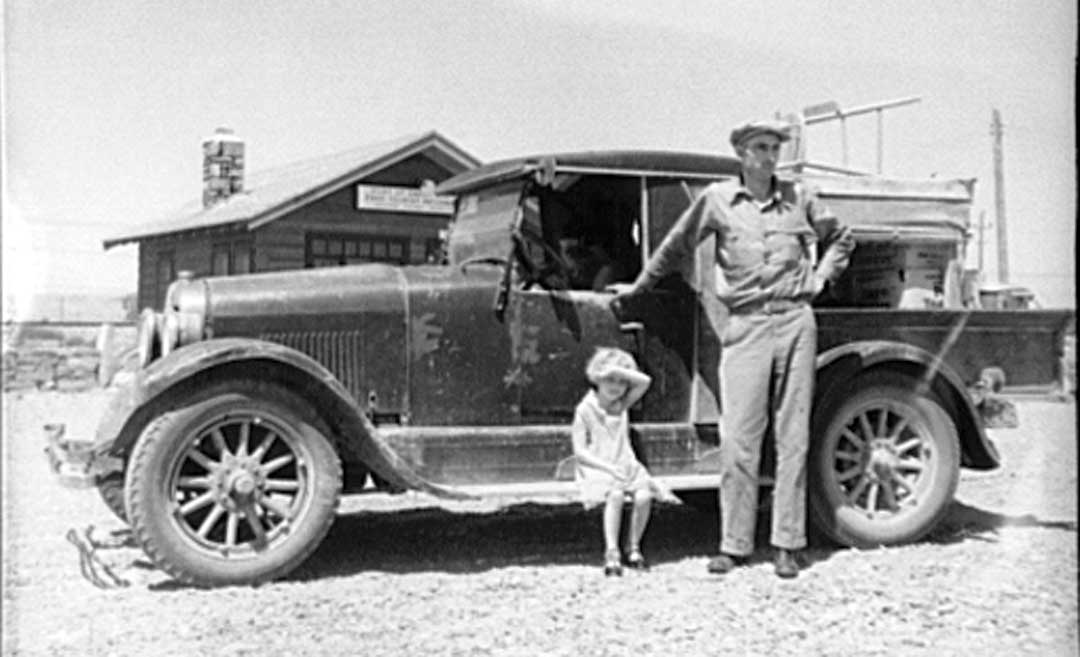 The years 1934 and 1936 were especially dry. Crops and grasses did not grow. Hungry cows lost weight. Thousands of cattle had to be sold. Some died of starvation. Scorching winds picked up particles of soil and created “snowdrifts” made of dirt.

The black clouds that appeared in the sky were not made up of rain, but rather of millions and millions of grasshoppers that swarmed over the land. These greedy creatures consumed (ate) and destroyed any bit of vegetation (plant life) that lay in their path.

Even though 1934 and 1936 were the driest years of the decade, precipitation also remained below normal from 1937 through 1939. The dry conditions caused crop failures, and farmers did not have very much grain to sell. Because of the economic depression, the prices that farmers received for wheat and other grains were very low. The drought plus the depression caused many hardships for North Dakota farm families.

Thousands of North Dakota farm families lost their farms through foreclosure. During the 1930s, over 121,000 people moved out of the state. By 1940, the population of North Dakota was about 642,000.