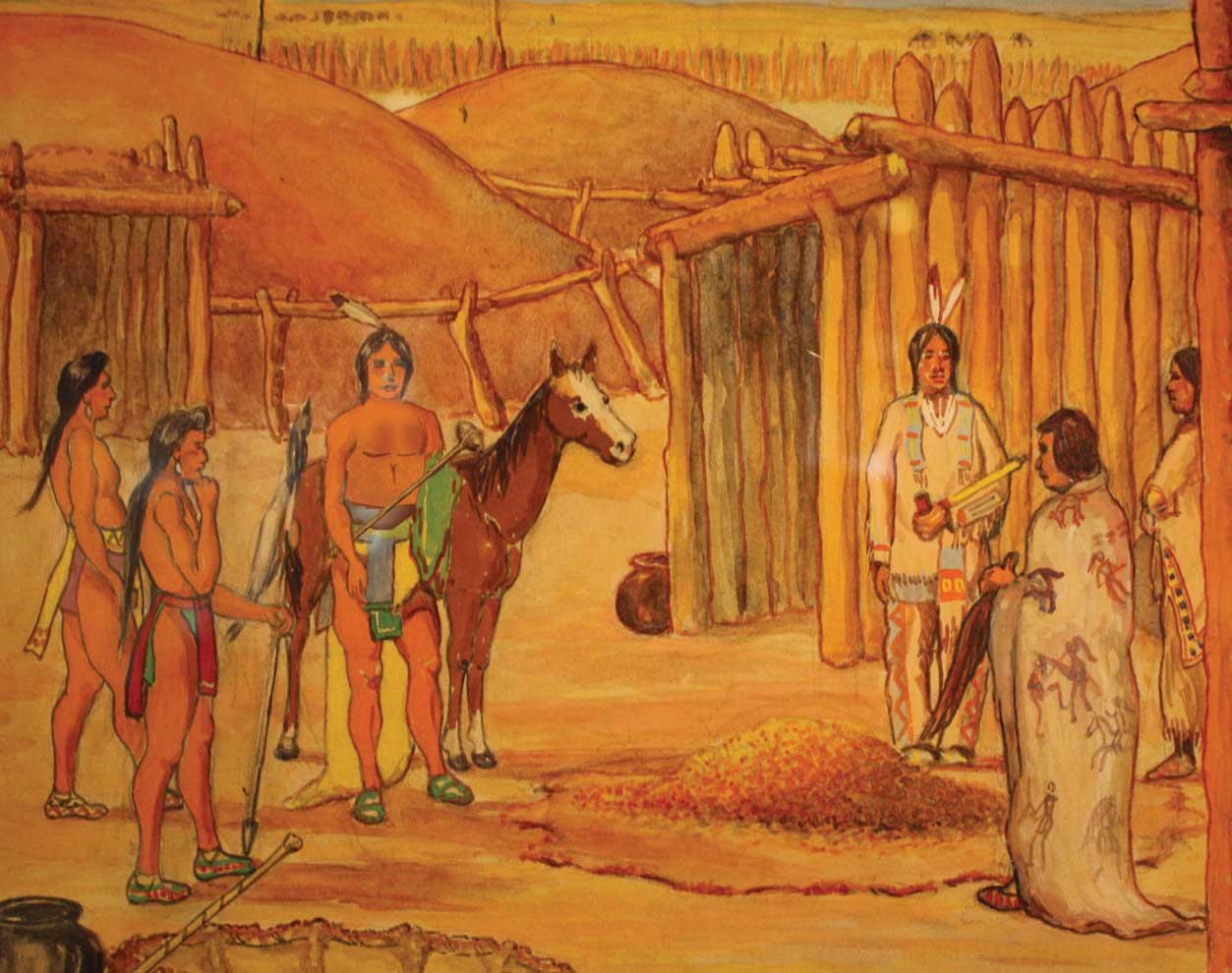 During the 1700s and 1800s, European traders from France, England, and Spain, as well as Americans began to visit the villages of the Mandans, Hidatsas, and Arikaras. The people of these villages welcomed the visitors. They valued the manufactured goods such as glass beads and cloth, and metal axes, hoes, and guns that the visitors brought to trade. The visitors exchanged these goods for meat and furs.

Women traded their garden crops for the manufactured goods they wanted. Non-Indian visitors depended on the crops of the women’s gardens to provide the food they needed. It was a system that worked well for both the visitors and the farmers.

Because the Missouri River was a major route for travel, the location of the agricultural people in North Dakota was an ideal setting for trade. In fact, this area became one of the largest trading centers on the continent. It has been called “The Marketplace of the Central Plains.”