Besides homesteading, people could also buy land from the railroads. The Northern Pacific Railroad had millions of acres of land to sell in North Dakota. One land agent for the railroad had a plan to lure more settlers to the area. He suggested to George Cass, president of the Northern Pacific Railroad, that Cass should start a large farm and raise wheat. This would prove that farmers in North Dakota could make money raising wheat, and settlers would then move into the area.

In 1874, George Cass and Benjamin Cheney, another railroad official, established the first bonanza farm in the Red River Valley. Within a few years, many more had been started in North Dakota. Most of them were located in the Red River Valley, which has some of the most fertile soil and best farmland in the world. 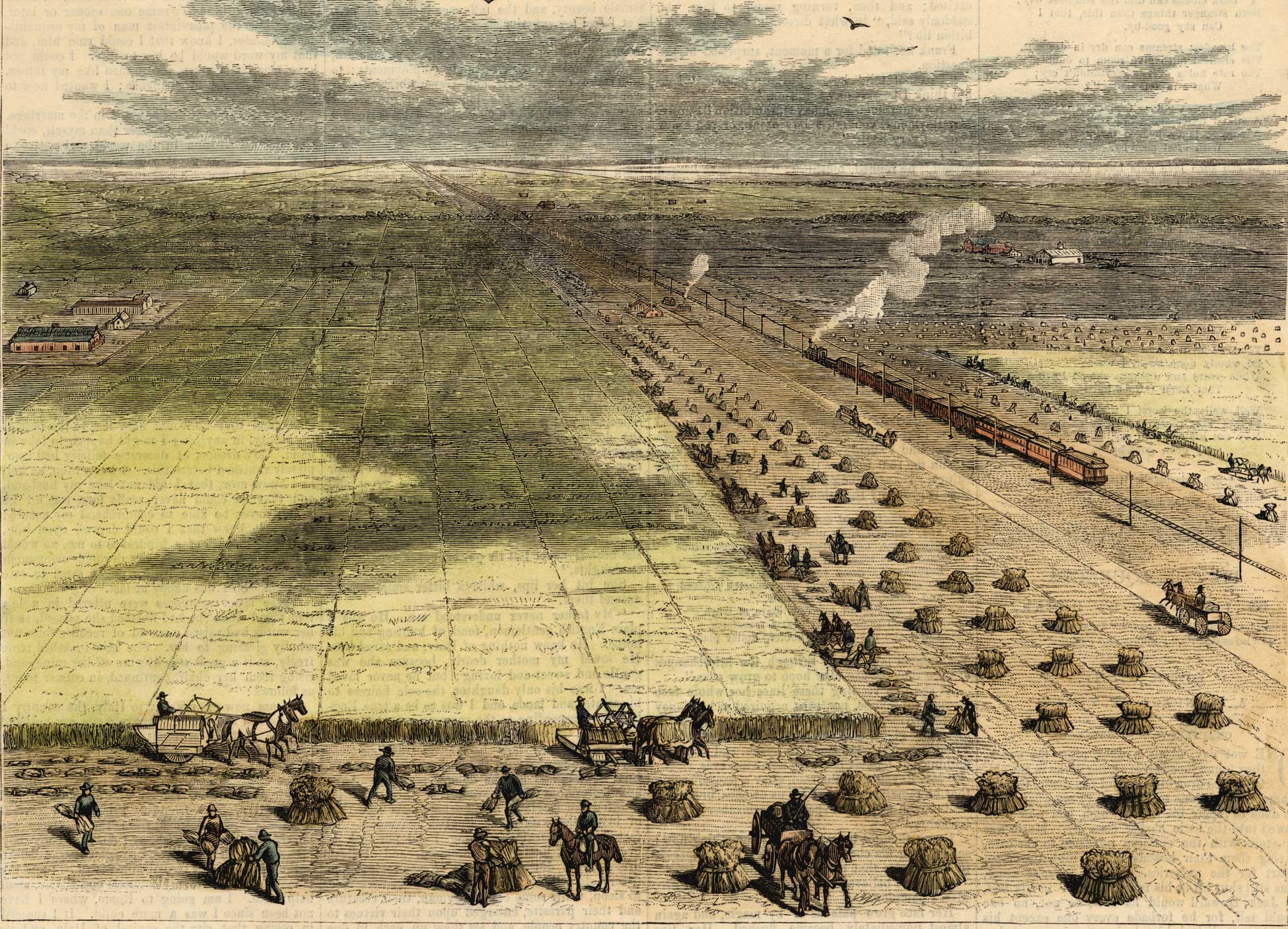 The owners of the bonanza farms were mostly bankers, investors, and businessmen from the eastern part of the United States. They hired large numbers of workers each season to do the planting, harvesting, and other tasks on the bonanza farms. George Cass and Benjamin Cheney hired Oliver Dalrymple (DAL-rim-pl) to manage their bonanza farm. In 1879, Dalrymple hired 160 men to plant the wheat and 400 men to harvest it. In 1880, Dalrymple’s total work force for all of his farming tasks consisted of 800 men.

Hundreds of horse-drawn implements advanced over the prairie, digging into the sod and plowing down the tallgrass prairie of the Red River Valley. The only crop planted in the fertile soil was wheat.

Bonanza farms had a significant but short life in the history of North Dakota agriculture. By 1900, most of the bonanza farms were being split up and divided into smaller tracts. These pieces of land were sold to settlers who then established their own farms.