The state of North Dakota is divided into 53 counties. The purpose of counties is to help the state government carry out its duties. Each county includes a town with a courthouse containing offices of the county government. This town is called the county seat.Town having county offices Examples of county officials include sheriff, treasurer, and clerk of court.

Cass County in eastern North Dakota has the highest population.  Slope County, near the Montana border, has the fewest people.

The counties having the largest cities are also the most populated counties. 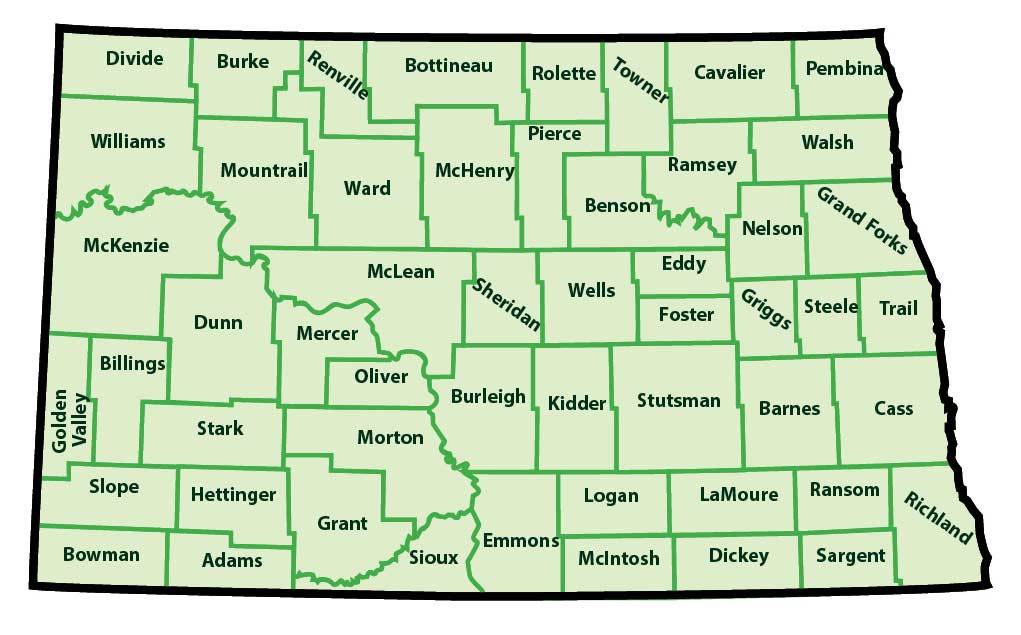