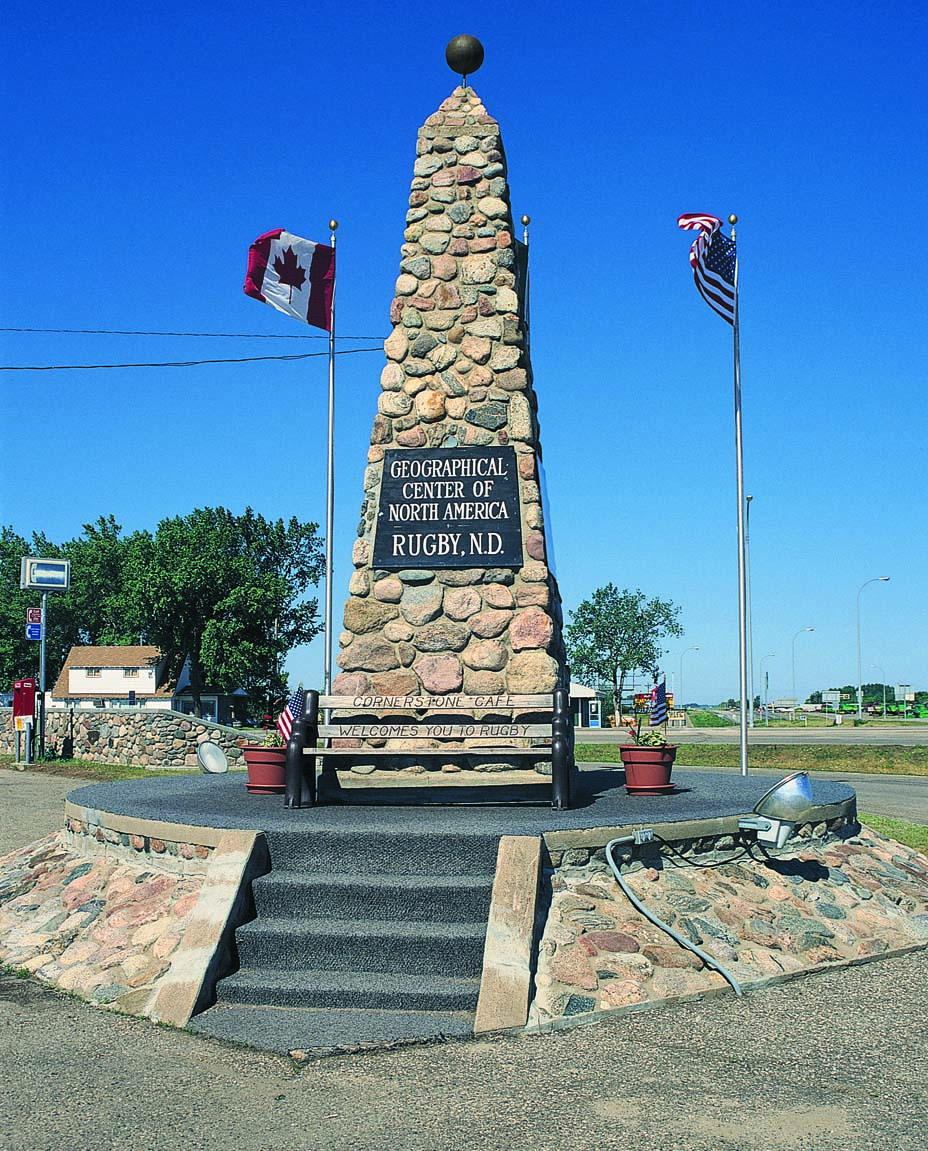 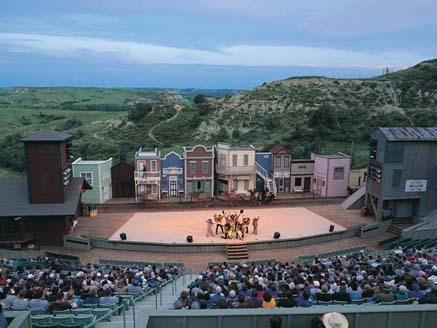 Figure 60.  The Medora Musical performs in the Burning Hills Amphitheater in Medora, North Dakota each summer.  The musical attracts visitors from around the world.  (ND Tourism)

North Dakota has many places of interest, several of which have already been mentioned. In Rugby, a cairnreminds people that the Center of North America is located nearby.

The only national park in the state is found in the rugged Badlands of western North Dakota. It is also the only national park that is named after a person. Theodore Roosevelt National Park, with over 70,000 acres, is divided into three parts: the South Unit, the Elkhorn Ranch, and the North Unit. This park is named after the 26th President of the United States who ranched in this area in the 1880s.

The South Unit of Theodore Roosevelt National Park is the most visited of the three units. Its entrance is in the historic town of Medora. This town was founded by a French nobleman, the Marquis de Morés (mar-key da mor-ay) in 1883. He named the town in honor of his wife, Medora. This old-time cattle town was rebuilt in the 1960s by Harold Schafer, a North Dakota businessman. It is now one of North Dakota’s top tourist destinations with historic sites, museums, shops, and a variety of entertainment. The Cowboy Hall of Fame makes its home in Medora, and an outdoor show, the Medora Musical, attracts thousands of visitors every summer.

The International Peace Garden was established in 1932 to symbolize peace and friendship between the United States and Canada, and its purpose now is to promote world peace. It covers over 2,000 acres and is partly in the Turtle Mountains of North Dakota and partly in the province of Manitoba. Thousands of flowers decorate the displays and walkways. Monuments to peace are located throughout the garden. Every year, over 150,000 people visit the International Peace Garden. 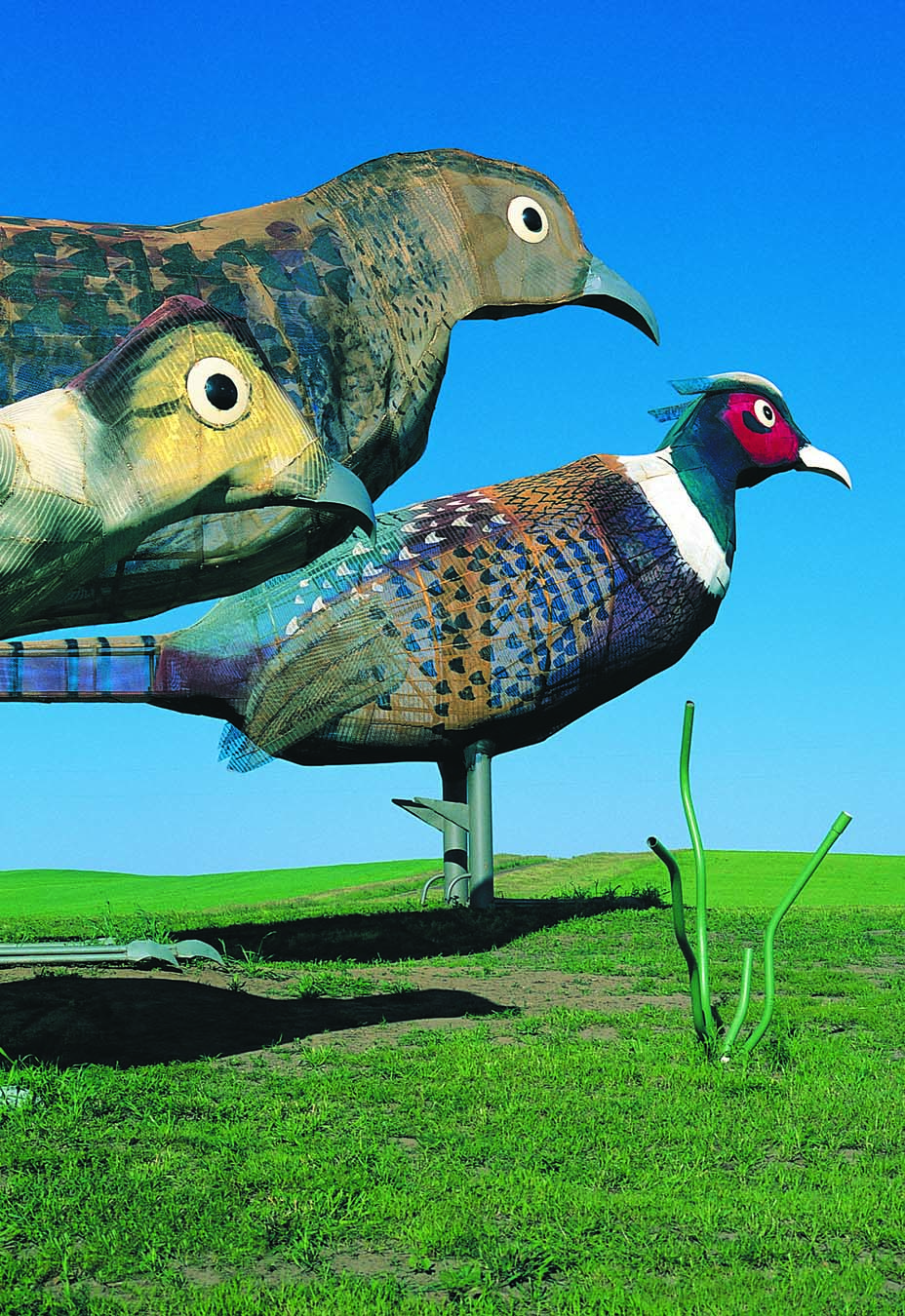 Figure 62.  The Enchanted Highway of North Dakota is home to some of the “World’s Largest Metal Sculptures.” (ND Tourism)

Scattered around North Dakota are many other tourist attractions and unusual points of interest, including items in the category of “world’s largest.” The Enchanted Highway is a 32-mile stretch of highway between Gladstone and Regent which has the “World’s Largest Metal Sculptures.” 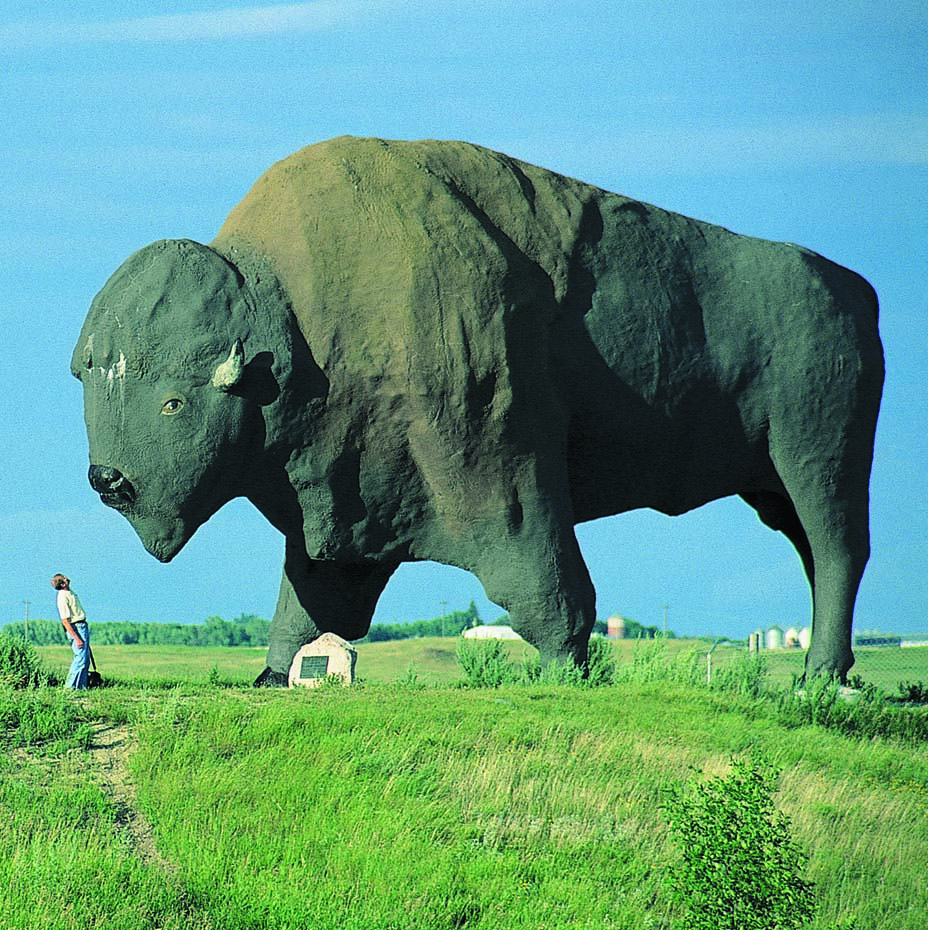 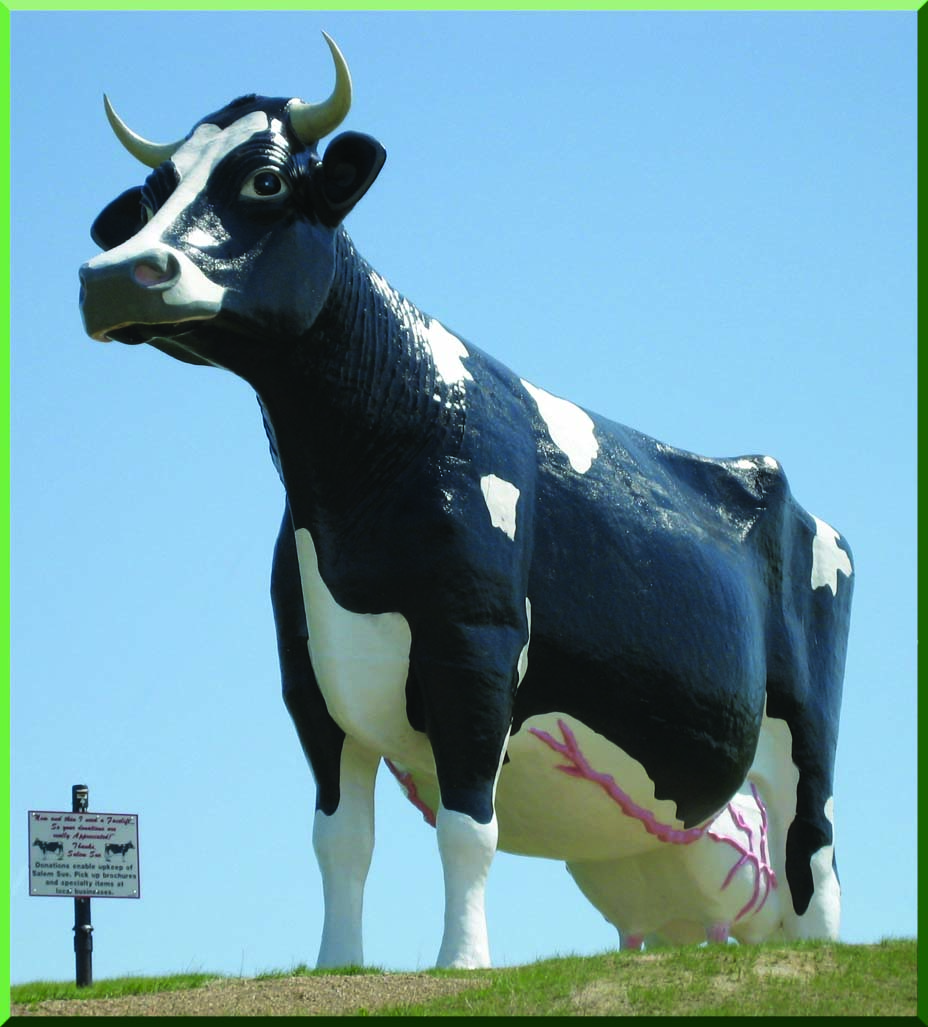 The “World’s Largest Buffalo” stands at the edge of Jamestown, facing the city. It was built out of concrete and weighs 60 tons (120,000 pounds). The “World’s Largest Holstein Cow” stands on a hill overlooking the town of New Salem. It can be seen from five miles away. The cow, named “Salem Sue,” is made of fiberglass.

Two towns near the Turtle Mountains both claim to have the world’s largest turtle. In Bottineau, “Tommy the Turtle,” a 32-foot tall turtle on a 34-foot long snowmobile is made of fiberglass. Another giant turtle, “W’eel, the World’s Largest Turtle” is in Dunseith, 12 miles from the International Peace Garden. This unusual art form was constructed from 2,000 steel wheel rims. It stands two stories tall and its head can move.

North Dakota has many, many more attractions and places of interest. From the flat lowlands of the Red River Valley to the rolling plains of the Drift Prairie to the rugged land of the Missouri Plateau, a wide variety of beauty and charm is available for everyone who lives or travels in the great state of North Dakota.