North Dakota covers about 71,000 square miles and has three main natural regions of land. They are the Red River Valley, the Drift Prairie (also called Glaciated Plains), and the Missouri Plateau (pla-toe). These regions are almost like three sloping stair steps as they go up in elevation (height) from east to west.

The glaciers that covered most of North Dakota during the Ice Age had a part in forming all three of these regions, but each region was formed differently. 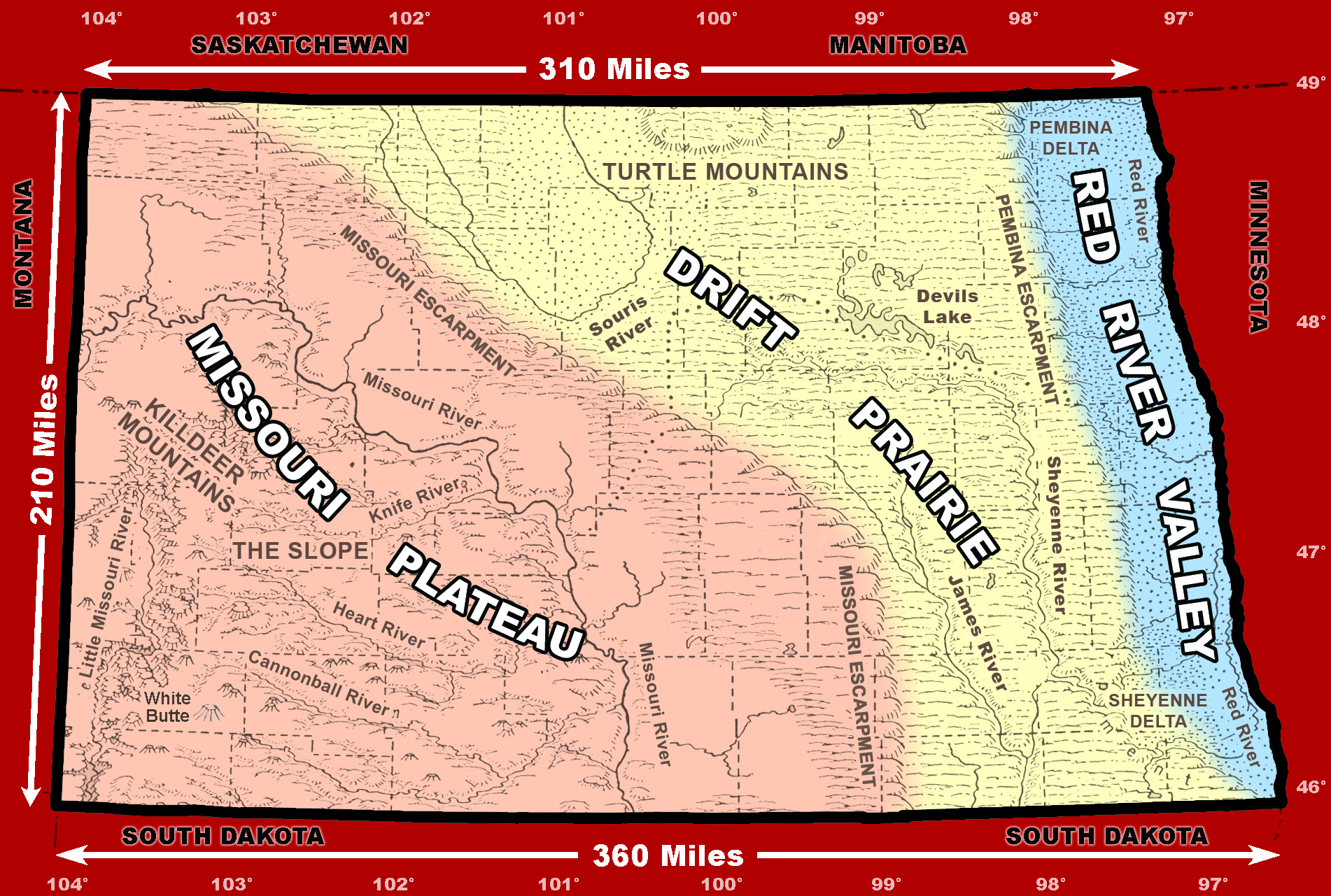