Map-makers draw lines on maps so that it will be easier for people to understand locations. One way to describe North Dakota’s location in the world is by using the terms “latitude” and “longitude.” Latitude is the distance north or south of the equator, and longitude is the distance east or west of a place in England called the prime meridian. The prime meridian is located at the Royal Observatory in Greenwich, England, near London. Latitude and longitude are measured in degrees. The symbol for degree is °. (In this context, “degree” is a measurement of distance and does not have anything to do with temperature.) 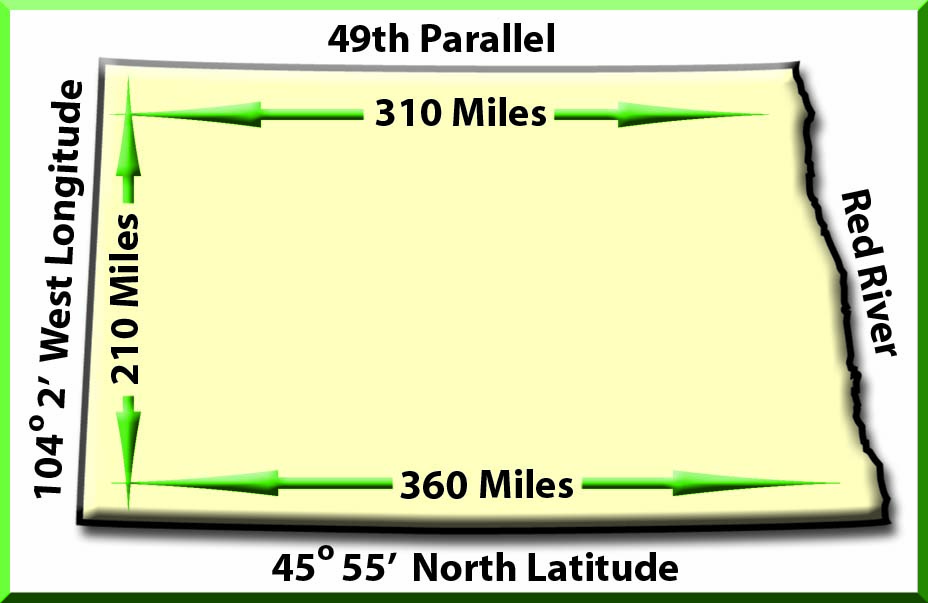 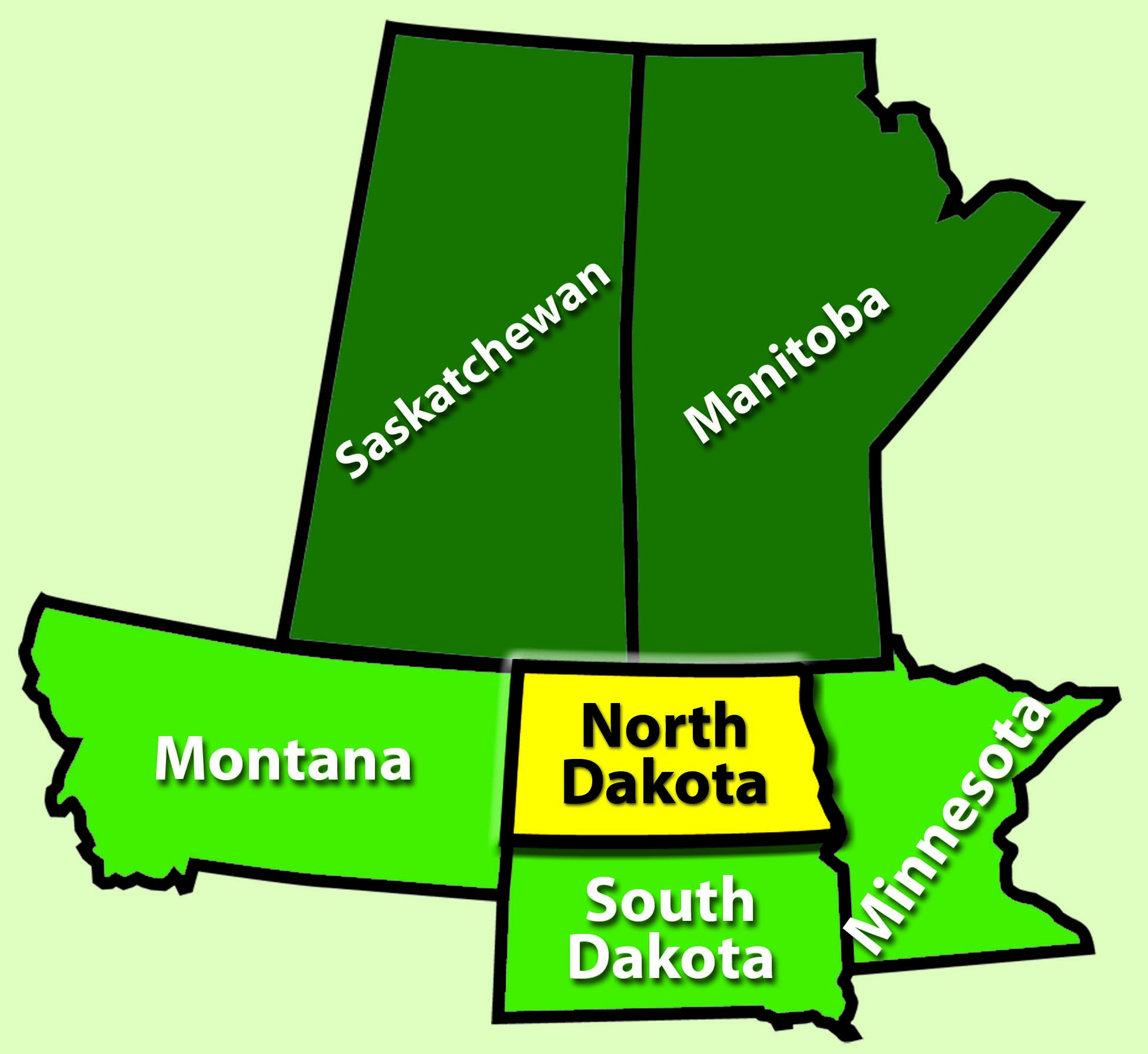