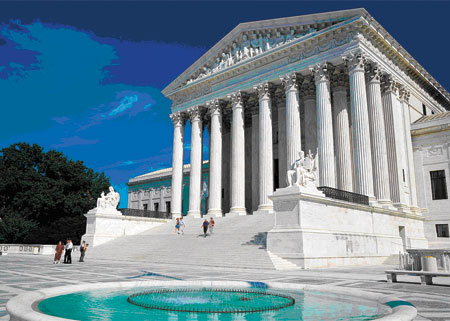 The judicial branch of the U.S. government is composed of the court system. The purpose of courts is to decide what people’s rights are according to law. Courts explain what laws mean and also decide if laws are being broken.