The Legislative Assembly is responsible for putting together laws for the state and for spending money to operate the state government. It also approves or rejects appointments made by the Governor as part of the “checks and balances” of state government.

Figure 17. The chambers of the North Dakota Senate. The Senate has 47 members, one from each of North Dakota’s 47 legislative districts. At the top of the photo, seated in the center of the desk, is the President of the Senate who also serves as the Lieutenant Governor of the state. (Don Anderson)

In order to qualify for election to the Legislative Assembly, a person must have lived in North Dakota for at least one year; must live in the district that elects him or her; and must be at least 18 years of age. Each state senator and representative is elected for a four-year term but may be re-elected any number of times.

The Senate and the House of Representatives each has its own chamberRoom in the Capitol. The House chamber is larger (more seats) than the Senate chamber because the House has twice as many members as the Senate.

Most of the work of the Legislative Assembly is done in committees. Each chamber has about 12 committees that meet regularly during the legislative session to work on laws. Each committee works with a specific subject area. Examples of committees include the Agriculture Committee, Appropriations (distributes money) Committee, Education Committee, and Human Services Committee.

The process of making laws in North Dakota is similar to that of Congress and follows some basic steps. A legislator writes a bill,Draft of a law and presents it to either the House or the Senate. The bill is read and then sent to the appropriate committee.

Committee members study the bill and may make changes to it. A hearingPublic discussion is held. In North Dakota, any citizen of any age may attend committee hearings and speak for or against bills. After the hearing, committee members vote to give either a “Do Pass” or “Do Not Pass” recommendation to the House and Senate.

If the bill has been in a Senate committee, it goes to the Senate chamber for a vote. If a majorityOver half of the senators vote in favor of the bill, it is taken to the House of Representatives where it also must pass by a majority vote. If the bill had been in a House committee, the same process would have taken place with the full House voting first.

Sometimes, a bill is changed by either the House or the Senate. If that happens, it must go back to the other body to be voted on again. The wording in the bill must be exactly the same when it finally passes both legislative bodies.

How a Bill Becomes a Law 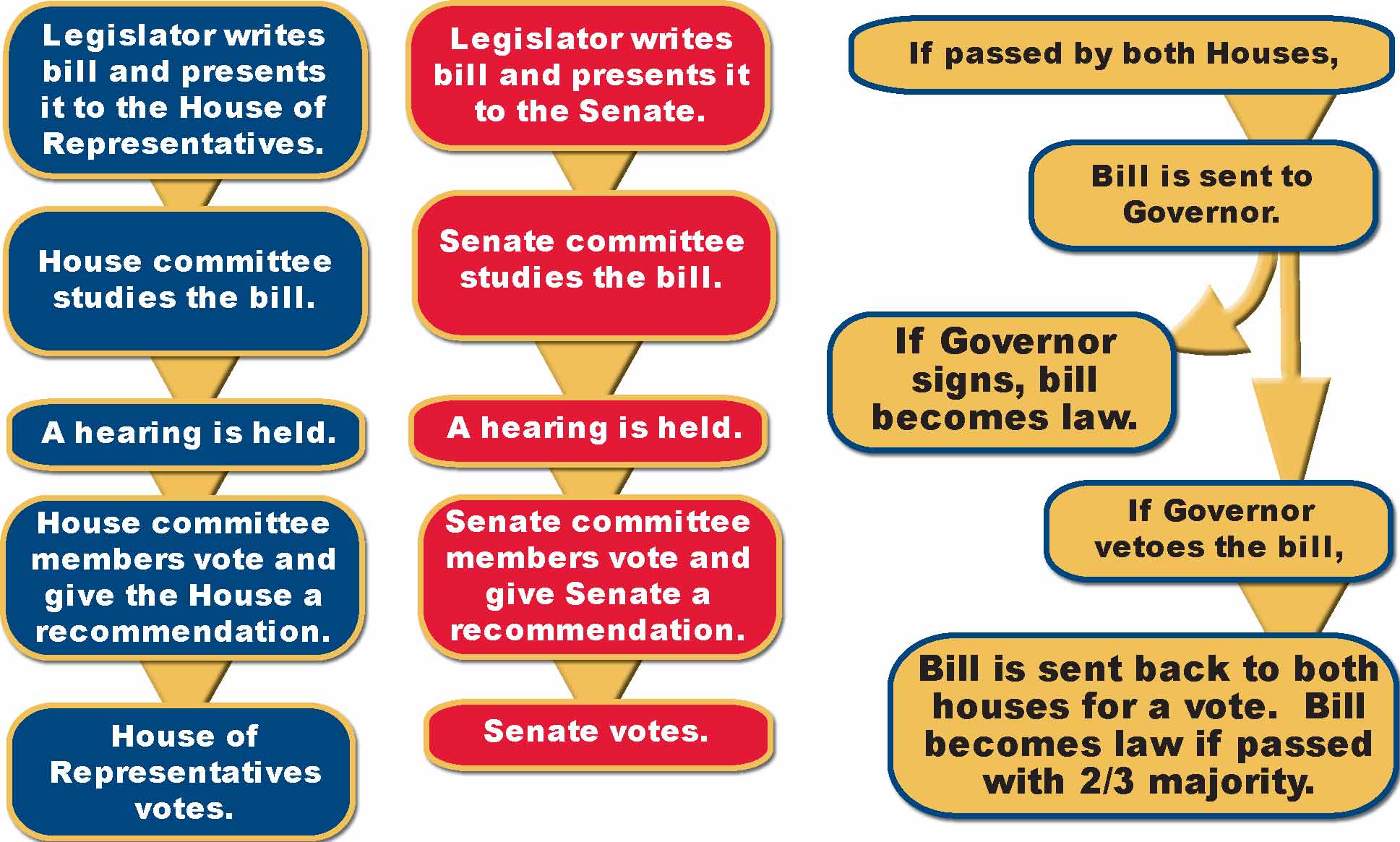 Figure 18. How a bill becomes a law. Before a bill becomes law, legislators discuss and debate it. Some bills are passed; others fail. (SHSND-ND Studies)

After a bill has been passed by both the House and the Senate, it goes to the Governor’s office to be signed. If the Governor signs the bill, it becomes a law.

If the Governor vetoesReject the bill, it returns to the Legislative Assembly to be voted on again by both bodies of the legislature. This time, two-thirds of both the senators and representatives must vote in favor of it to override,Win against a Governor’s veto by two-thirds vote of both the Senate and the House or win, against the Governor’s veto. If the vote is less than two-thirds, the bill fails.