Even though the Legislative Assembly is the lawmaking body of the state, North Dakota citizens also have the power to make laws. The first step is to write down the new law they want. Then they must have a certain number of people sign a petition (puh-Tish-an) attached to the suggested law. If enough people sign the petition, the suggested law is voted on by the people of the state. This process is called an initiative.Citizens make laws through petitions and voting The initiative becomes law if a majority of the people vote in favor of it. 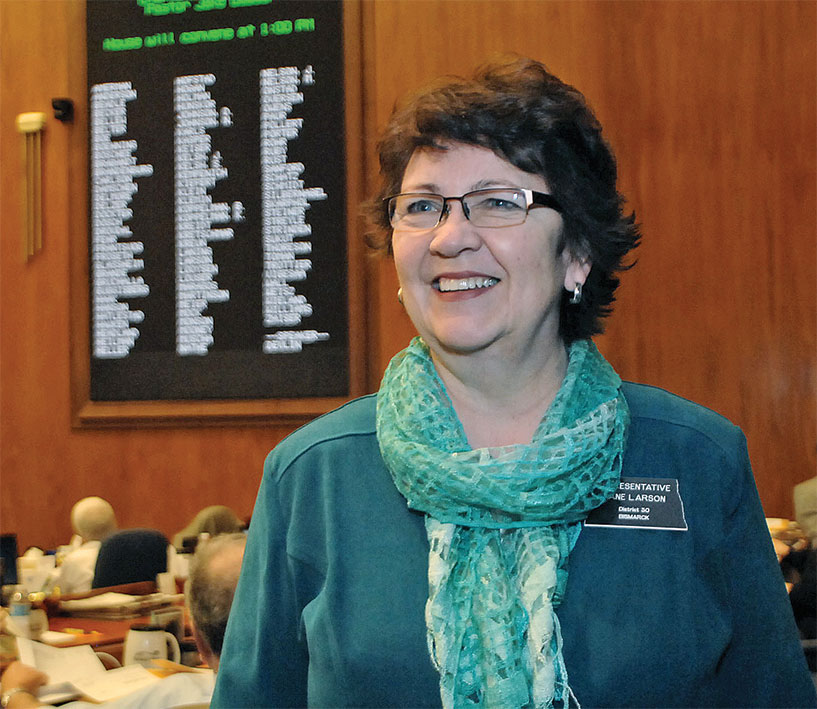 North Dakota has a “citizen legislature.” That means that the men and women who serve as legislators come from all walks of life. North Dakota’s legislators are farmers, ranchers, teachers, and lawyers. Some are young and some are retired.

Senator Diane Larson is one citizen legislator who represents District 30 in Bismarck. Senator Larson is proud of North Dakota and believes people should want to serve in government.

Senator Larson believes that serving in the state legislature is an honor and a responsibility.