Fort Ransom was constructed in 1867 of oak logs from the Sheyenne River Valley. The fort was built on a site called “Grizzly Bear Hill.” It was located near the present-day town of Fort Ransom, about 30 miles south of Valley City, North Dakota. The purpose of this fort was to guard the trail from Fort Abercrombie to the Missouri River.

The soldiers at Fort Ransom fought against mosquitoes in the summer and bitterly cold weather in the winter. Two mail carriers traveling between Fort Abercrombie and Fort Ransom froze to death on the trail. Water for drinking and cooking had to be carried from a spring about a third of a mile from the fort.

In 1871, the Northern Pacific Railroad began building tracks in northern Dakota Territory. The railroad tracks reached Jamestown in 1872. The U.S. Army decided that it was more important to provide protection for railroad crews than to guard the wagon roads. For this reason, Fort Ransom was closed, and the materials from that fort were used to build Fort Seward at Jamestown. Fort Seward was never very important as a military fort. It closed and was abandoned in 1877.

Fort Totten, located on the south side of Devils Lake, was established in 1867. Its purpose was to enforce the peace, guard overland transportation routes, and aid the Dakota Sioux who lived near Devils Lake.

The buildings at Fort Totten were first built of logs but were replaced by brick structures in 1868. This was the best built military post in the state, and the brick buildings appear much the same today as when they were originally constructed. 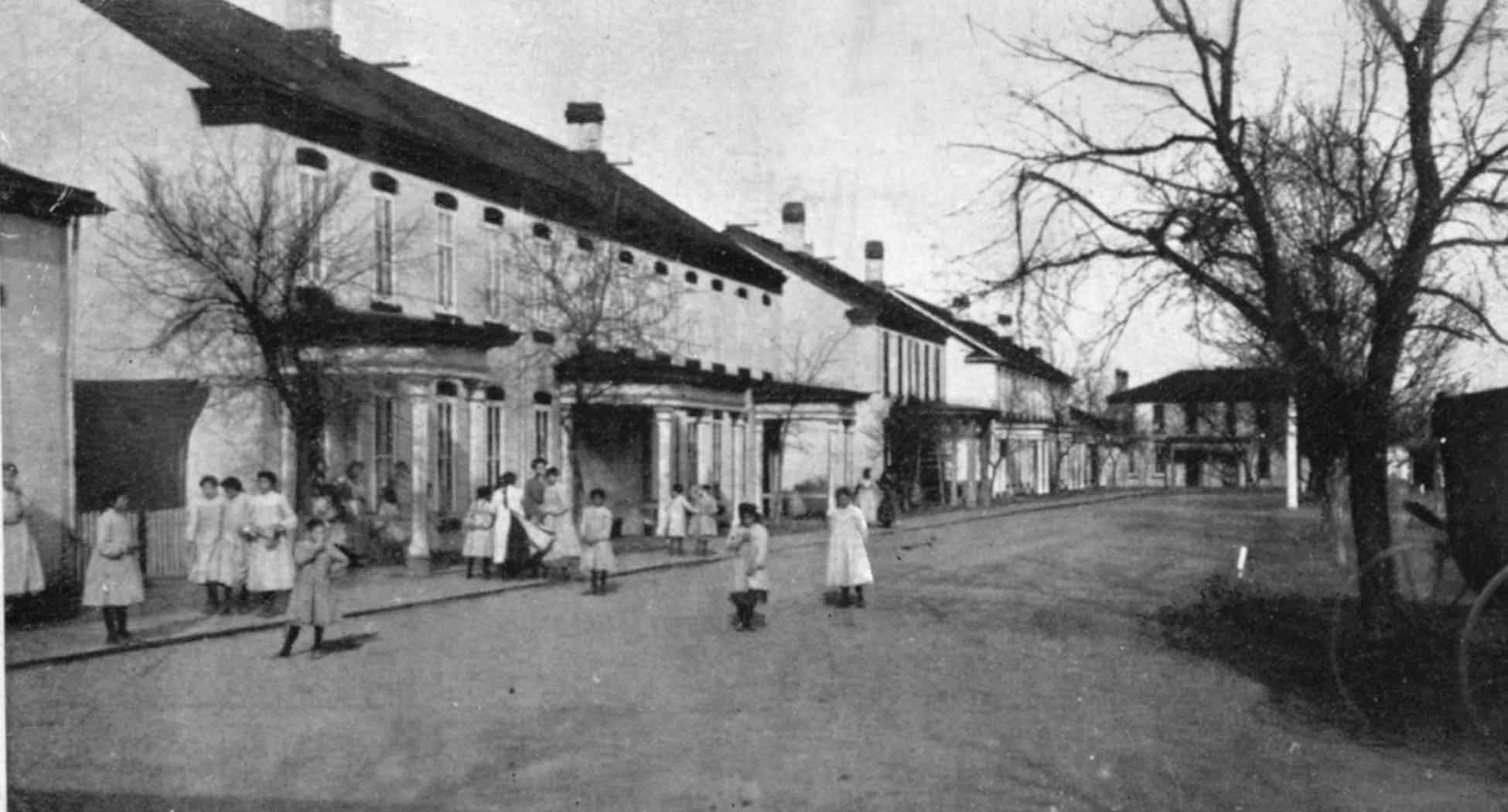 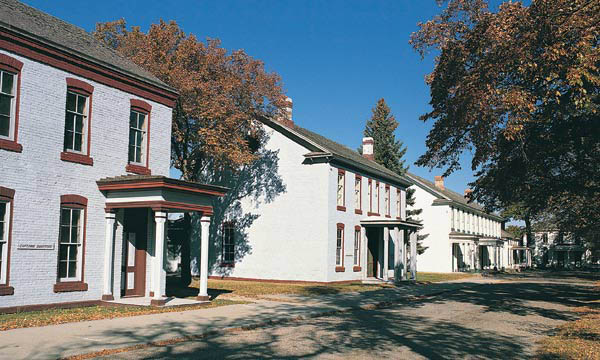 Fort Buford (Fort Buford State Historic Site) was the fort located farthest west in North Dakota. It was built in 1866 near the confluence of the Missouri and Yellowstone Rivers, about 20 miles from present-day Williston, North Dakota. In 1867, the fort was enlarged using materials from the abandoned fur trading post, Fort Union.

Because of its location on two major rivers, Fort Buford was a supply station for military posts in Dakota Territory. It also protected railroad workers who were surveying and laying tracks. In 1881, Sitting Bull, the great Lakota leader, surrendered his gun at Fort Buford. The fort was in operation for a total of 29 years. It was abandoned in 1895.

The Mandan, Hidatsa, and Arikara tribes, located along the Missouri and Knife Rivers, had asked the U.S. Army for protection from the Dakota warriors who had been raiding their villages. In 1867, Fort Stevenson was built along the Missouri River to provide this protection. It also served as a middle point for a mail route that extended from Fort Rice to Fort Buford.

By 1881, the Dakota tribes had surrendered. Fort Stevenson was abandoned in 1883. The buildings were used as the Fort Berthold Indian School until 1894. The site of Fort Stevenson, near the present-day city of Garrison, North Dakota, is now under the waters of Lake Sakakawea.

Fort Pembina was established in 1870 near the confluence of the Red and Pembina Rivers in northeastern North Dakota. It was not far from the site of the old Fort Pembina fur trading post. The purposes of this military fort were to protect settlers in the Red River Valley and to help stop illegal trade between Canada and the United States. It was abandoned in 1895 after much of it was destroyed by fire.