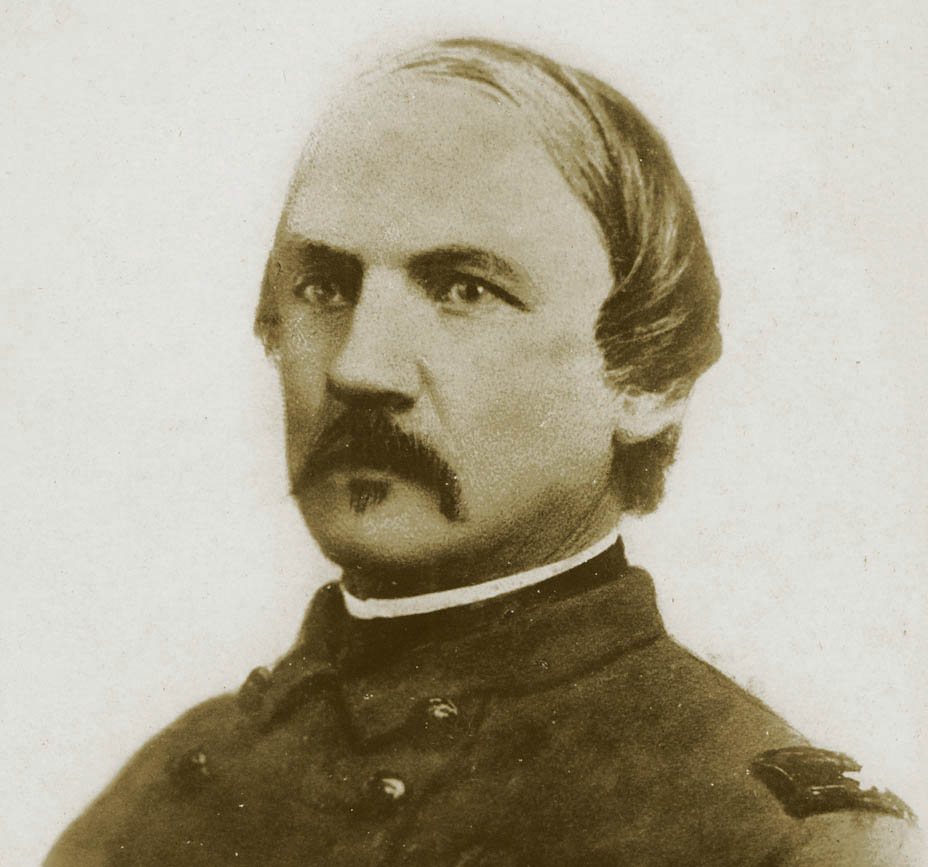 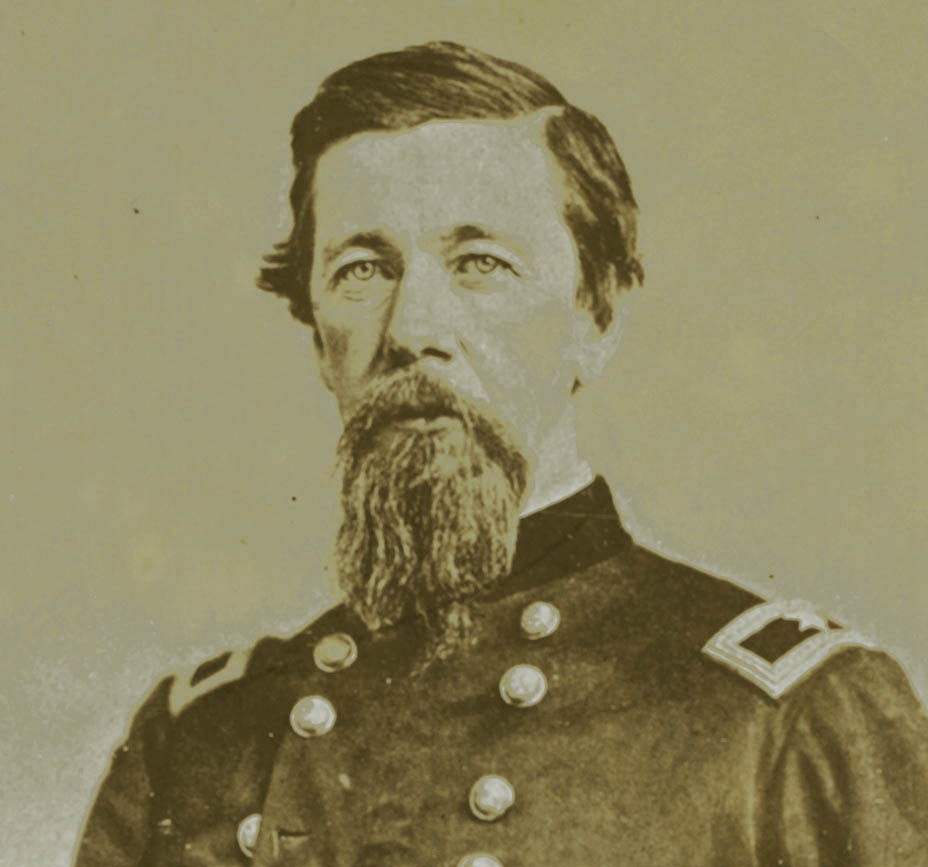 In June 1863, the U.S. government sent General Henry Sibley• Led about 3,300 soldiers into North Dakota to round up Dakota warriors
• Many Dakota women and children drowned in Missouri River trying to get away
• Destroyed Dakota provisions and equipment along Missouri River and General Alfred Sully• Led 2,000 cavalry into North Dakota to round up Dakota warriors
• Led army which killed 150 to 300 Dakota people, including women and children, at the Whitestone Hill
• Destroyed Dakota provisions and equipment after battles at Whitestone Hill and Killdeer Mountains into North Dakota to round up the “hostiles” who had left Minnesota. General Sibley set out to march from Minnesota into northern Dakota Territory with 3,300 volunteer soldiers. Most of them were infantry,Soldiers on foot but about 500 were cavalry.Soldiers on horseback Sibley’s army also had 225 mule-drawn wagons with cannons and supplies and a herd of cattle to provide fresh meat for the troops.

Sully’s army consisted of 2,000 cavalry. They were loaded on four steamboats and headed up the Missouri River toward North Dakota.

Sibley’s army planned to push the Indians west where they would be trapped between his army and Sully’s army. The meeting point of the two armies was to be at Apple Creek, about five miles from present-day Bismarck, North Dakota.

General Sibley proceeded in a westerly direction across northern Dakota Territory.  He expected to meet the Dakota people near Devils Lake. When the army reached Hawk’s Nest Hill in present-day Wells County, a party of Métis hunters from Pembina told them that a large Dakota hunting party was headed toward the Missouri River.

A few days later, the soldiers spotted about 2,000 Dakota camped near the present-day town of Tappen, North Dakota. One of the soldiers suddenly galloped on horseback toward the Indians and was shot. This led to the Battle of Big Mound (Sibley & Sully Expeditions of 1863 & 1864 - Sites List). As the battle was being fought, a thunderstorm struck. One of the soldiers was struck by lightning and killed. No more soldiers were killed, but several Dakota warriors lost their lives.

The Dakota fled to protect their families. They left their provisionsFood supplies behind. The soldiers destroyed these food supplies. At Dead Buffalo Lake, near present-day Dawson, North Dakota, Sibley’s army caught up with the Dakota group and fired at them with their cannons. No one was injured in this clash, as the two sides were too far away from each other to do any damage to the other side.

Sibley’s next encounter with the Indians was at Stony Lake, near present-day Driscoll. A line of Dakota warriors rode in front of the army camp. They were trying to slow down the soldiers so that the women, children, and elders could get to safety. The Dakota women and children crossed the Missouri River on rafts and in bull boats. Some drowned when their boats capsized in the river.

By the time the soldiers got to the Missouri River, the Dakota had made it across and disappeared. Because they had to hurry across the river to get to safety, all of their equipment and provisions were left behind on the riverbank. This included about 150 wagons, fresh bison hides, large quantities of pemmican, and all of the other provisions that they had gathered on their hunting trip. General Sibley and his army burned everything.

General Sibley had expected General Sully to meet him at Apple Creek near the Missouri River, but Sully did not show up. There was a good reason for this. The steamboats carrying Sully and his army were slowed by sandbars and snags on the Missouri River. Sully finally left the steamboats in South Dakota and continued the trip by land. 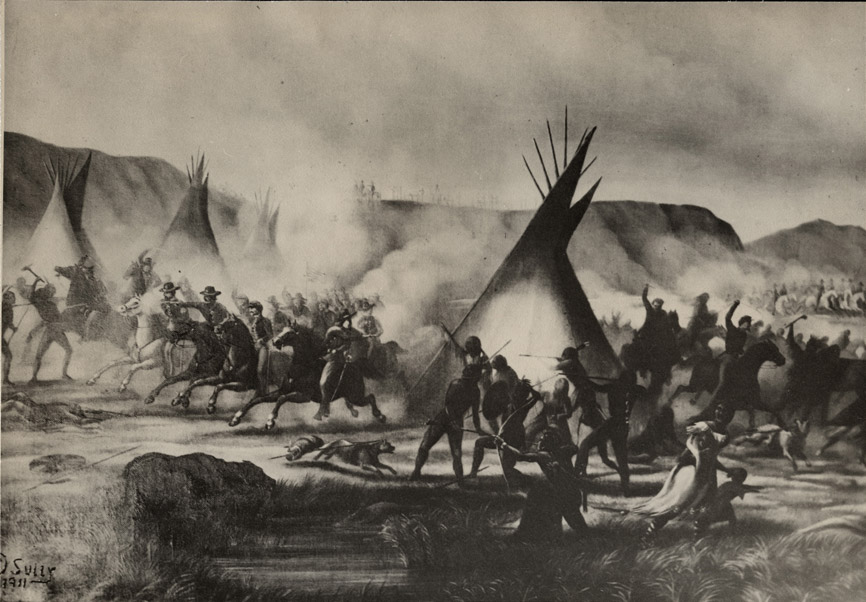 Sully reached Apple Creek in early September 1863.  He learned that Sibley had gone back to Minnesota a month before.  He also found out that the people who had fled across the Missouri River had returned to the James River Valley to continue their hunt.  Because Sibley had destroyed all of their provisions, they needed more bison meat to prepare for winter.

General Sully and his army caught up with the hunting party camped peacefully in a valley near Whitestone Hill in present-day Dickey County, near Kulm, North Dakota. At first, a few soldiers approached the village and talked with the leaders.  Suddenly the rest of Sully’s soldiers arrived and attacked the camp.

When the Indians saw the soldiers coming, they tried to flee to safety, but Sully positioned his army on top of the hill and opened fire on the men, women, and children in the valley. Twenty soldiers were killed, but many of them were accidentally shot by their own troops who were firing in the darkness.

Sully and his troops attacked Indians who had nothing to do with the problems in Minnesota.  They were not a threat to the settlers.  They were peaceful hunters who had been preparing their food for the winter.  Between 150 and 200 Dakota men, women, and children died at  Whitestone Hill• From 150 to 200 Dakota people, including women and children, were killed
• Bloodiest conflict ever fought in North Dakota (Whitestone Hill State Historic Site). The rest were captured and sent into captivity far from their traditional home in southern Dakota Territory.

During the next few days, the soldiers stacked up half a million pounds of bison meat, pemmican, dried berries, bison hides, blankets, wagons, tipis, tools, toys, and other possessions. The soldiers set fire to these items. Kettles, weapons, and other utensils that would not burn were thrown into a lake.

The next year, General Sully was ordered to return to northern Dakota Territory to again locate the Dakota people. The summer of 1864 was very hot and dry. Sully led more than 2,000 soldiers.  The soldiers also protected a wagon train of 600 people heading to the gold fields of Montana.

Sully stopped near the Cannonball River to build Fort Rice.  This new fort was located in the lands promised to the Dakota people by treaty. In late July, Sully with most of his soldiers and the wagon train set out to find the Dakota camp.  Many Dakota families had made a large camp in the Killdeer Mountains.

When Sully’s party got near the Killdeer Mountains, scouts reported that several thousand Dakota, Lakota, and Nakota Sioux were camped in the hills. Sully and his army attacked the camps. Fierce fighting took place and lasted all day. The weapons of the Indians were no match for the rifles and cannons used by the troops. Only 2 soldiers were killed, but over 100 of the Indians lost their lives. 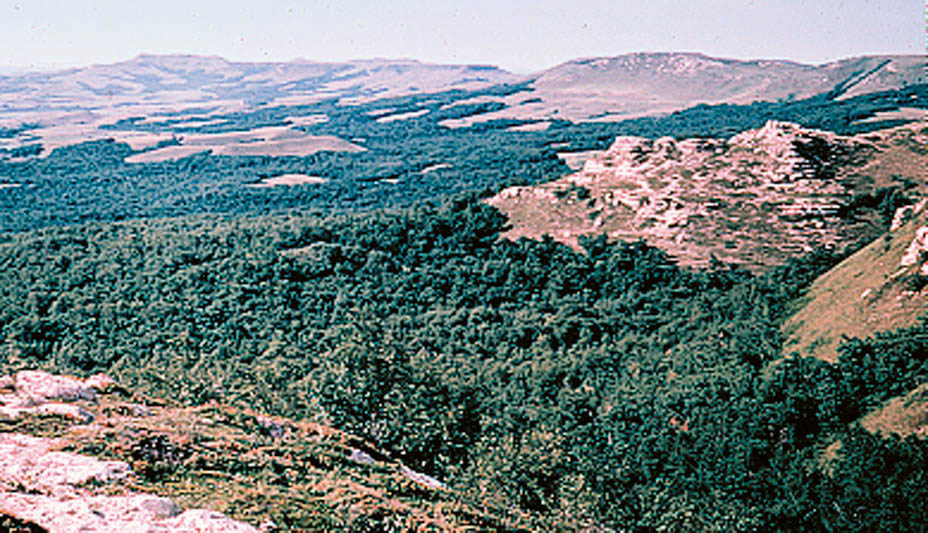 The Dakotas had prepared for battle this time. However, Sully’s troops were well-trained and had cannons. Cannon fire drove the Dakota families and the warriors west into the Badlands.

Sully’s army continued west along the Little Missouri River into the Badlands. It was not easy traveling in that rough country, and the horses and oxen did not have enough water to drink. The Dakota warriors fired at them and told them they would die of thirst. This conflict has been called the Battle of the Badlands.

The Indians left the Badlands as Sully’s soldiers and the wagon train came to the Yellowstone River. When they reached the river, the gold seekers continued into Montana.

Sully and his troops returned to Fort Rice. Sully was informed that another wagon train, illegally traveling through Dakota treaty lands, had been overtaken by the Dakota. 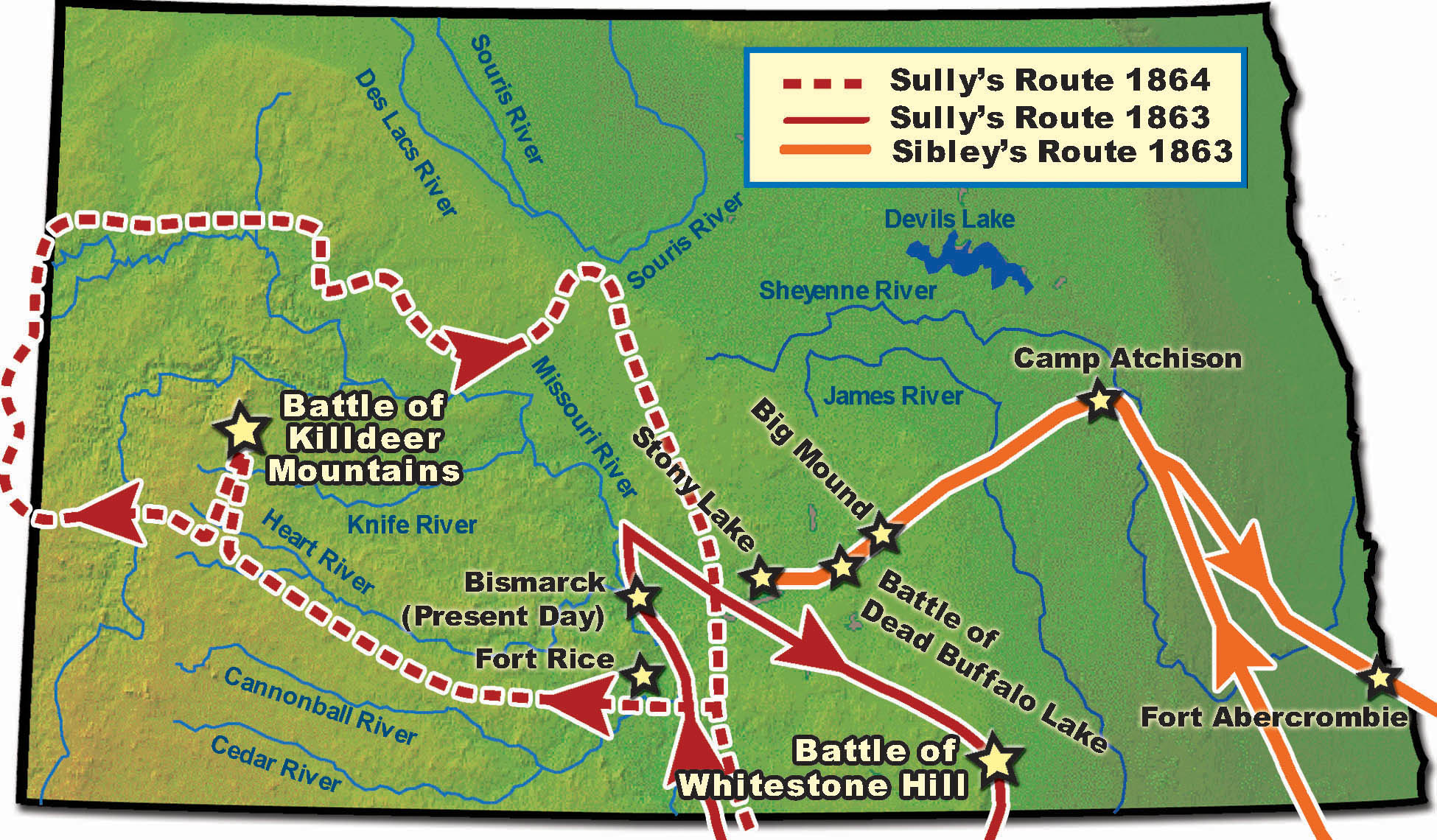