By 1871, the Northern Pacific Railroad was surveying land and building tracks. The railroad reached the western frontier of Dakota Territory in 1872. To protect surveyors and railroad workers, the U.S. government began setting up forts.  Between 1858 and 1874, the U.S. Army built 10 forts in northern Dakota Territory.  The forts became the home of soldiers and their families. The forts were used only as long as they were needed.

During the Dakota War in 1862 in Minnesota, many of the settlers went to Fort Abercrombie for protection. Dakota warriors attacked the fort, which had not been built with a stockade. Soldiers hurriedly put up an 8-foot wall of logs for protection.

Messengers from the fort sneaked past the attackers and traveled to Fort Snelling (in present-day Minneapolis) to get help. The fort remained under attack from time to time for about six weeks.

After a time, the troops ran low on bullets for their rifles. It was discovered that canister shells for a cannon contained pellets that could be used as rifle bullets. The women in the fort took on the responsibility of opening the canisters and getting the pellets ready to use as bullets. When 350 troops arrived from Fort Snelling, the attacks stopped.

After the siege, a permanent stockade was built around the fort, and blockhouses were placed at three corners. Fort Abercrombie was strong enough to withstand any attack, but the fort was never attacked again.

Fort Abercrombie was the most westerly army post of the United States in the early 1860s. It became the gateway to the Red River Valley and all of North Dakota. Furs, provisions, supplies, equipment, and mail went through Fort Abercrombie on the way to and from St. Paul, Minnesota.

In 1877, the U.S. Army determined that Fort Abercrombie was no longer needed as a army post, and it was abandoned. The buildings were sold to settlers in the area. 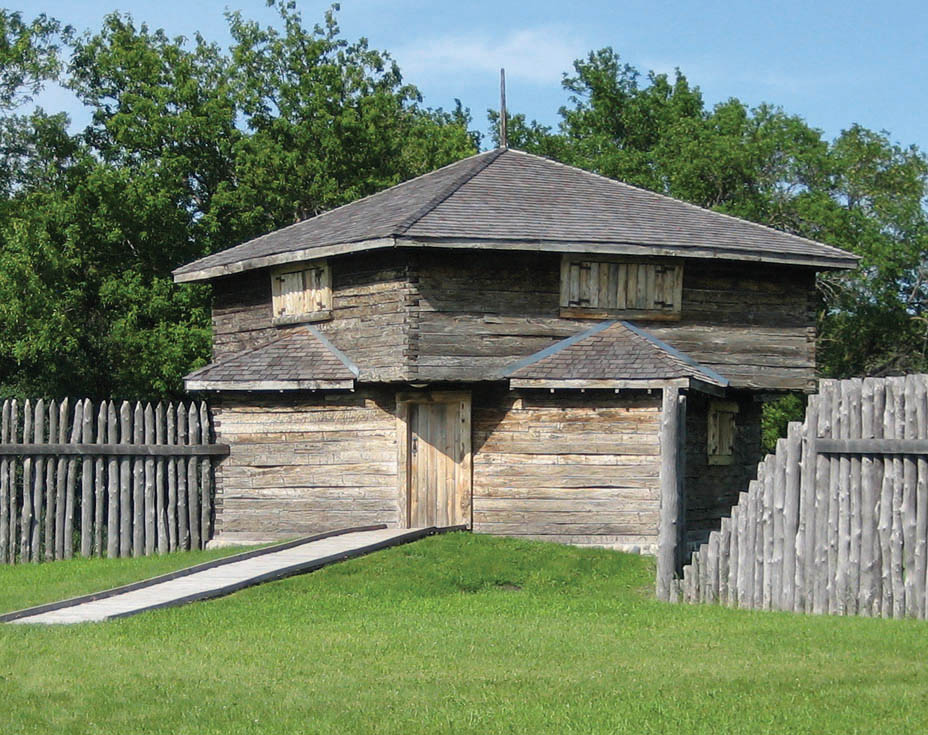 Fort Rice (Fort Rice State Historic Site) was built by General Sully’s army in the summer of 1864 to headquarter troops as they were battling Lakota and Dakota Indians in western North Dakota. Fort Rice was located about 30 miles south of present-day Mandan, North Dakota. This fort was the first army post located on the Missouri River in North Dakota.

The buildings at Fort Rice were constructed of cottonwood logs from the trees which grew in abundance along the river. The roofs were made of sod (grass-covered soil). After a time, the wood got dry and shrank, leaving gaps between the logs. Snow and dust blew through the cracks, and rodents (rats and mice) got inside the buildings.

In 1861, eleven southern states seceded (departed) from the United States.  The rebel states set up a new country called the Confederate States of America. This act led to war between the United States and the Confederate States. The war was called the Civil War.  Because of this war, many of the soldiers who lived at forts in northern Dakota Territory were volunteers, not regular soldiers. The regular soldiers were well-trained and were needed to fight in the Civil War.

When the buildings at Fort Rice crumbled, the entire fort was rebuilt and surrounded by a stockade. The new fort was a quadrangle. The new buildings included sleeping quarters, a hospital, storehouses, a bakery, a library, and a guardhouse. Corrals and stables for the horses were located outside the stockade.

In 1878, Fort Rice was no longer needed, and the buildings were taken down. Another army post, Fort Yates, had been built to take its place. 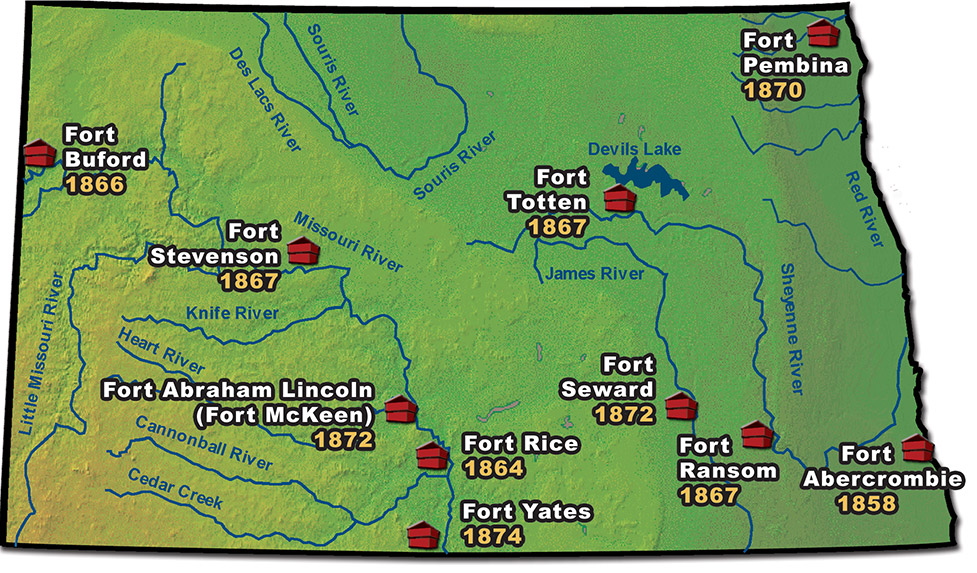