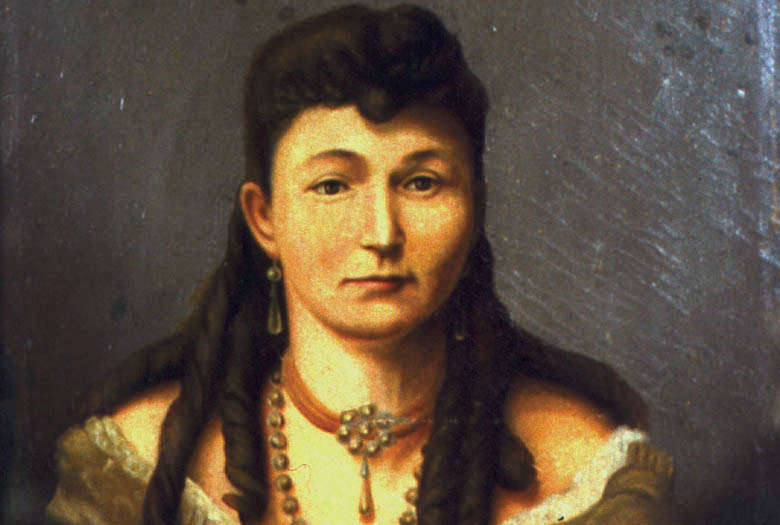 Linda Slaughter (slaw‐ter) grew up in Ohio where she went to school and attended college. She married Dr. Frank Slaughter and moved with him to Fort Rice where he was stationed as a surgeon in the post’s hospital. Linda Slaughter was a writer, public speaker, artist, and nurse. She wrote articles which were published in newspapers and magazines in New York and other eastern cities.

One of Frank Slaughter’s duties was to attend to the medical needs of the Indian scouts and their families. Linda often went along and became friends with some of the Indian women.  Both Linda and Frank took an interest in Indian culture and history.

Frank resigned from the Army in 1873.  Frank and Linda Slaughter helped to establish the town of Bismarck where they lived for many more years.