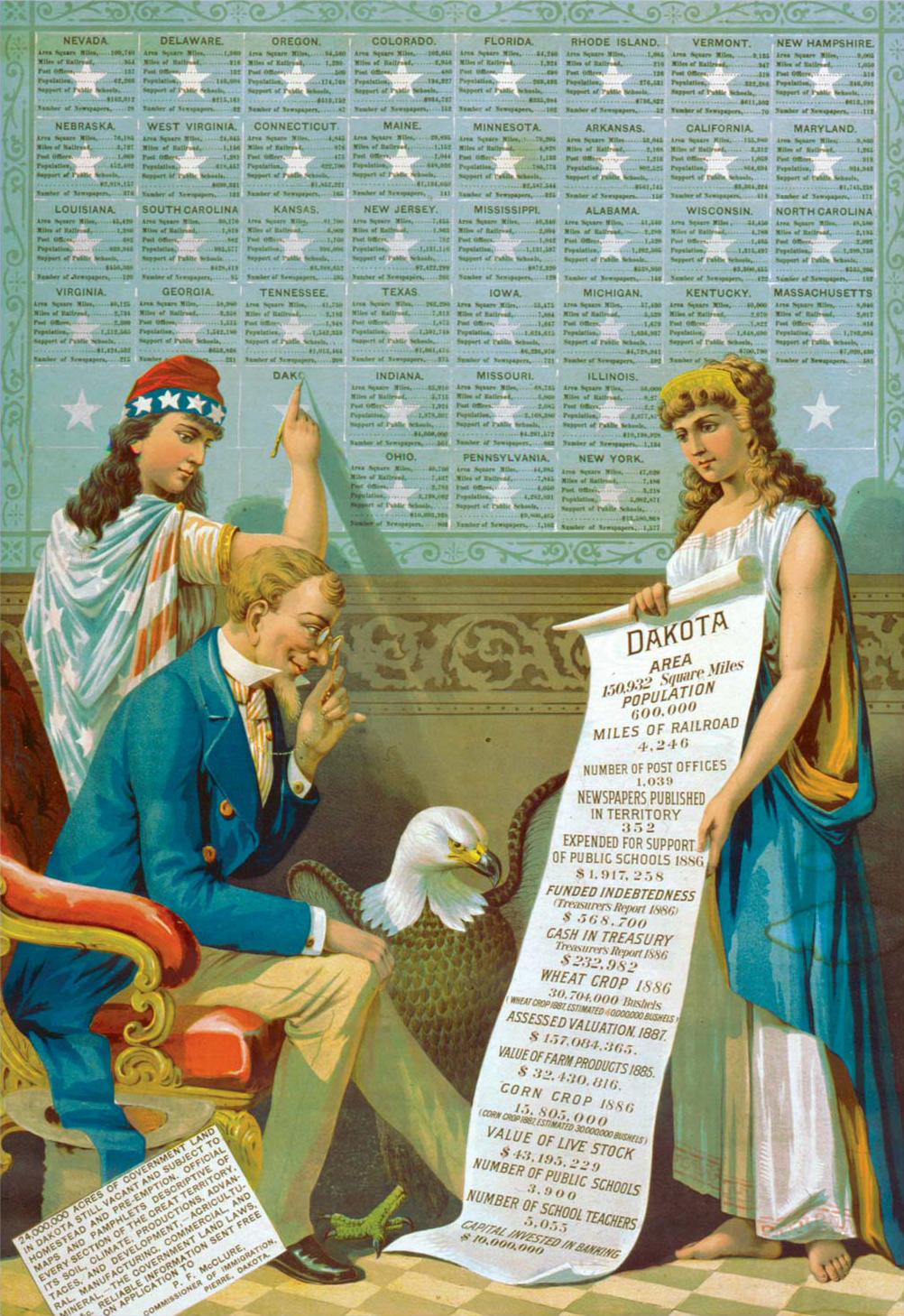 In 1889, Benjamin HarrisonU.S. president who signed the bill granting statehood to North Dakota and South Dakota became president of the United States. President Harrison was a Republican and favored statehood for Dakota. In fact, the Republican Party, which wanted more power in the U.S. Senate, put on pressure to divide Dakota into two states. With two senators from each state, the Republicans would gain four more senate seats in Congress (2 states × 2 senators from each = 4 senate seats).

On November 2, 1889, a crowd gathered as President Harrison prepared to sign the law granting statehood to the 39th and 40th states. The president did not want to show favor to either state by signing that state’s law first. He shuffled the papers and covered up the names of the states. Then he signed each paper and shuffled them again. Nobody knew which paper he had signed first.

The mystery of which of the two states was admitted first will never be solved. Because “n” comes before “s” in the alphabet, North Dakota is considered to be the 39th state and South Dakota the 40th state. President Harrison was careful to not hurt any feelings as he admitted North Dakota and South Dakota as states in the United States of America.