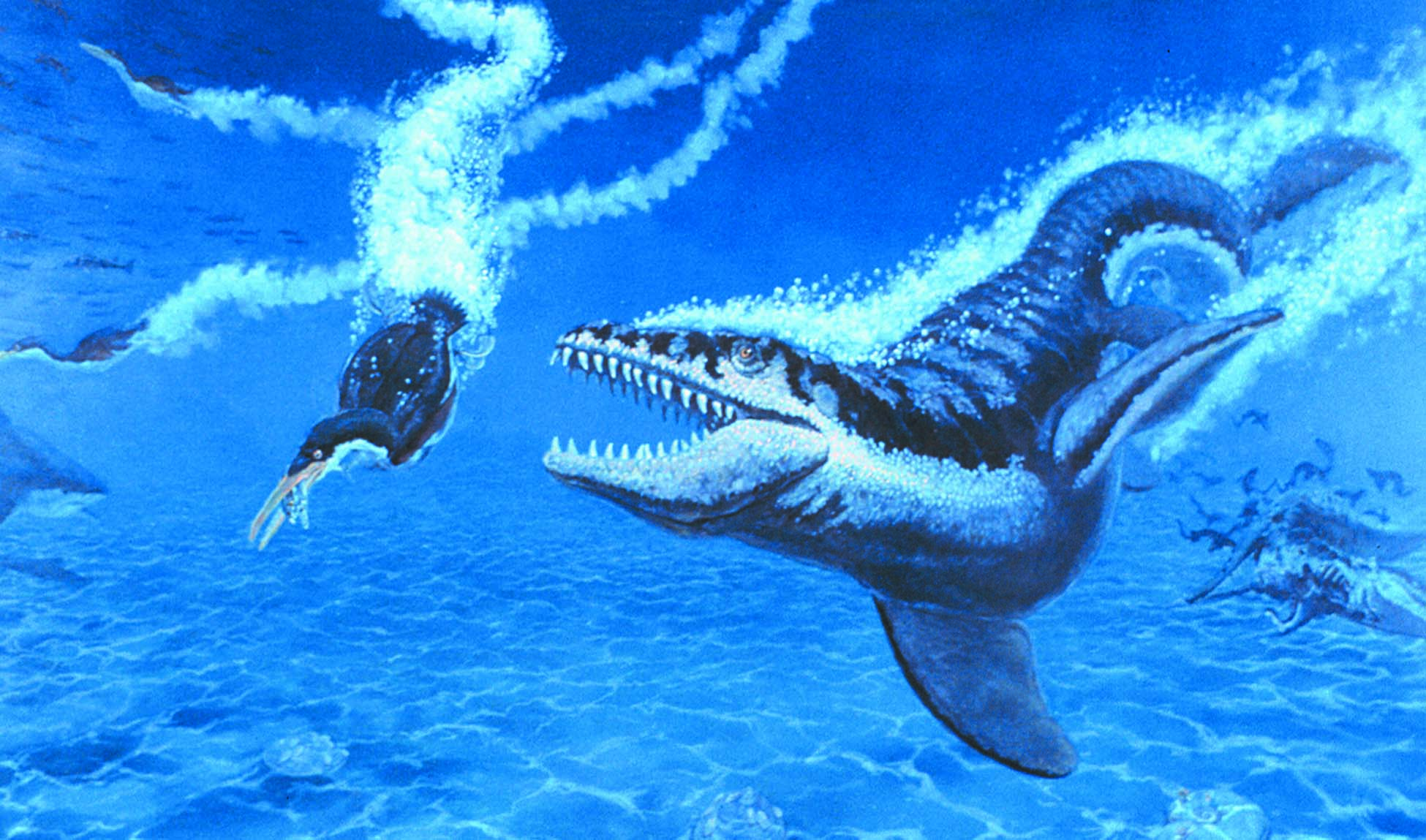 Figure 9. Mosasaur. This large marine lizard is shown swimming in the ocean that covered North Dakota 80 million years ago. Sharks and a seabird are also in the painting. (ND Geological Survey)

The most famous reptiles of all time were the dinosaurs. Fossils from more than a dozen different kinds of dinosaurs have been found in North Dakota. 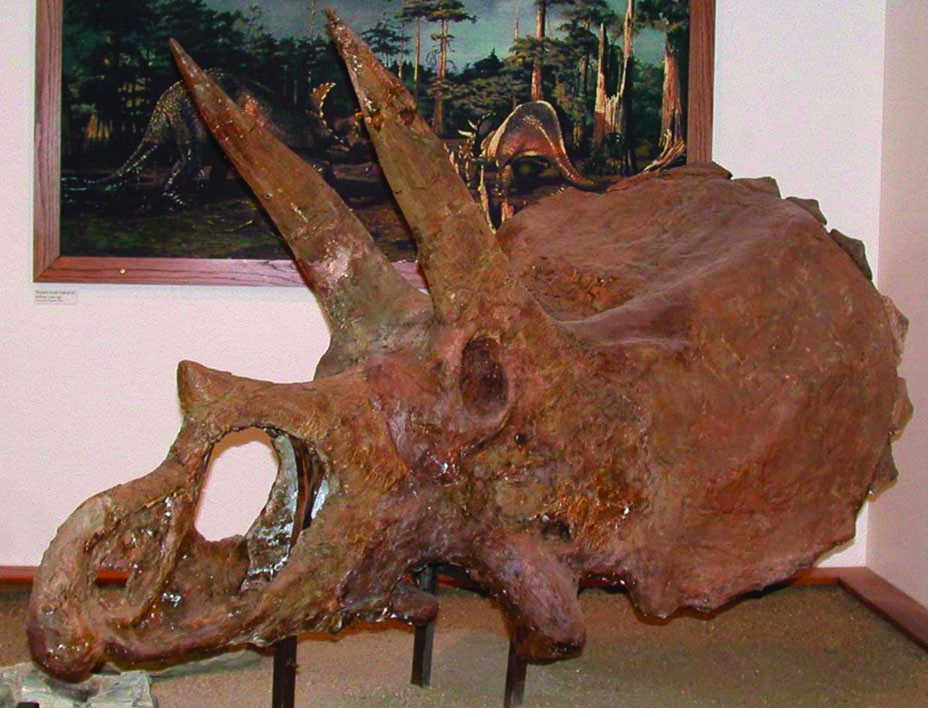 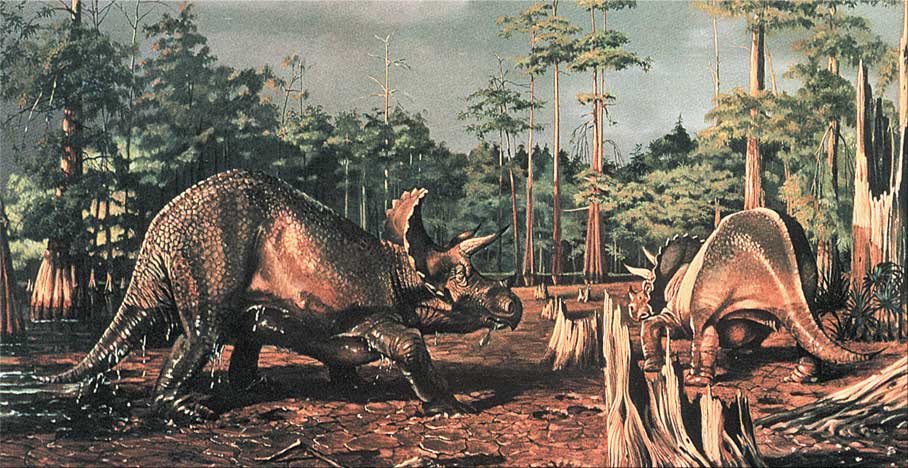 Most of the dinosaurs that lived in North Dakota were herbivores, but one of the best-known carnivores was Tyrannosaurus rex,• Pronounced ty-ran-a-sor-us
• About 40 feet long and 20 feet tall
• Walked on two powerful legs
• Had arms only about three feet long
• Had strong jaws about four feet long
• Weighed about 12,000 pounds
• Had 50 to 60 sharp teeth
• A carnivore
• Could eat up to 500 pounds of meat in one bite a huge dinosaur that walked on two powerful legs. A full-grown Tyrannosaurus rex was about 40 feet long, stood about 20 feet tall, and weighed about six tons (12,000 pounds). Its arms were only about three feet long. 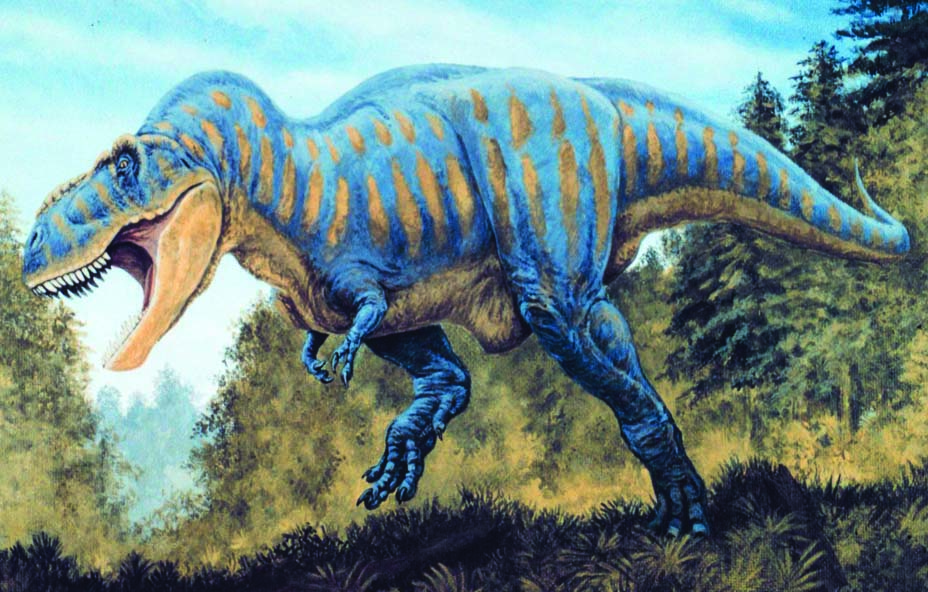 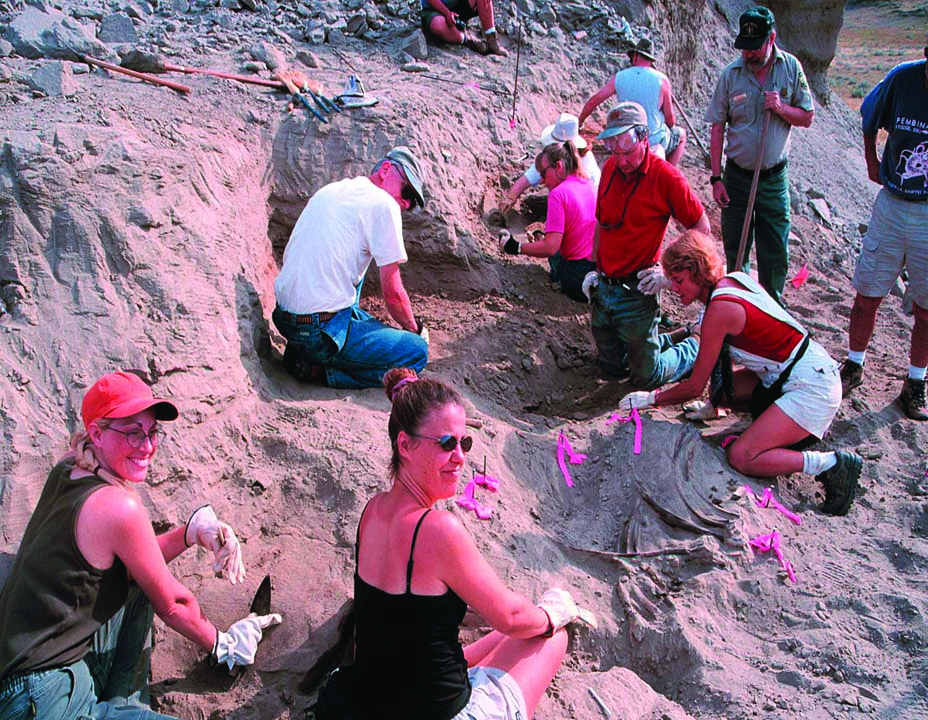 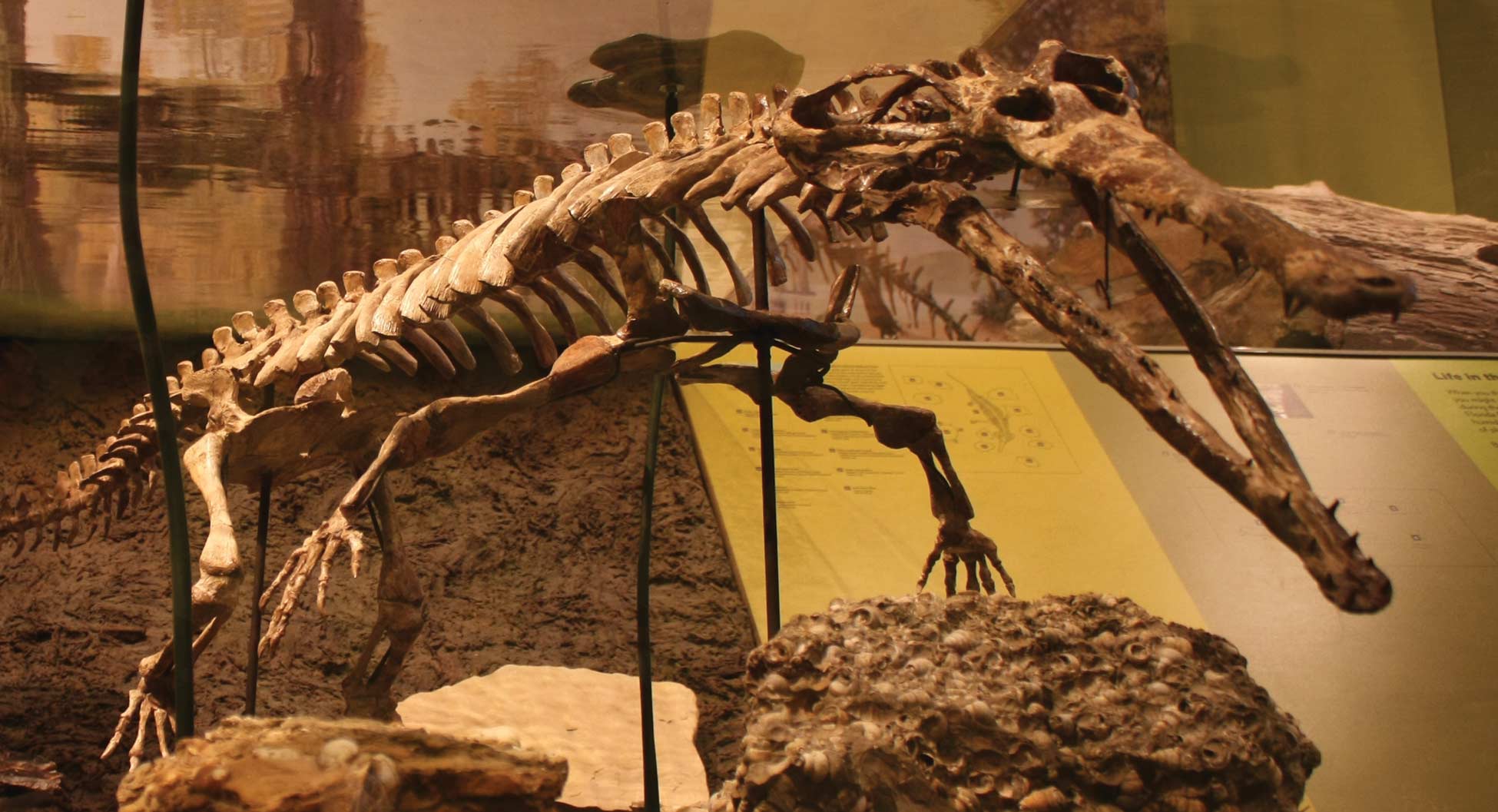 Examples and exhibits of the mosasaur, Pteranodon, Triceratops, and champsosaur are on display in the Adaption Gallery: Geologic Time at the North Dakota Heritage Center & State Museum in Bismarck, North Dakota.

To learn more about the story of geology and early life in North Dakota, visit https://statemuseum.nd.gov/exhibits/adaptation-gallery. The Adaption Gallery: Geologic Time introduces visitors to North Dakota as it was in the geologic past.