After the Precambrian Era ended, the Paleozoic (pay-le-a-zoe-ik) Era began. The Paleozoic Era lasted from about 540 million years ago to about 248 million years ago. During this time period of about 292 million years, shallow seas came inland several times. Sharks and other fish, along with many other kinds of animals, lived in the water. The water completely covered the area that we now call North Dakota and at times reached all the way from the Gulf of Mexico to the Arctic Ocean.

Vegetation (plant life) began growing along the edges of the seas, and in time, the first forests appeared. The first four-legged animals also developed during the Paleozoic Era.

Each time the seas would recede (go back), decayed matter from the living things would be left here. The plants and animals rotted and decayed, leaving layer after layer of matter. Fast-flowing rivers carried and deposited sand, silt, and clay into the area, and these sediments were also piled into layers. 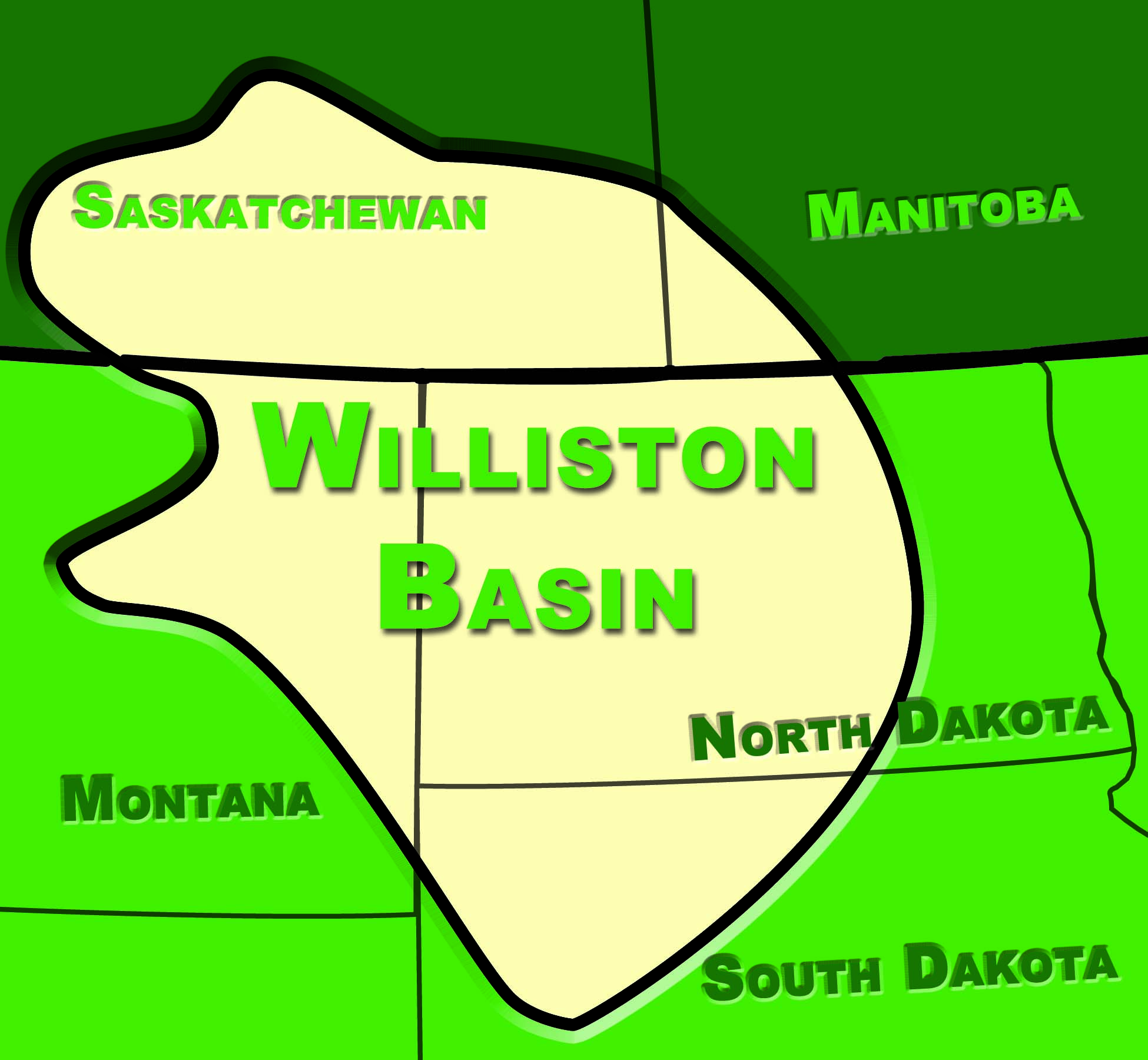 After many millions of years, the area which had been covered by the seas slowly filled up with sediments before the seas came again. These particles (pieces) of sediment were pressed together and formed sedimentary (sed-a-men-ter-ee) rocks. The region where these rocks accumulated is named the Williston Basin. The deepest part of the basin is near the city of Williston. The Williston Basin covers much of western North Dakota, as well as parts of South Dakota, Montana, Manitoba, and Saskatchewan. (Manitoba and Saskatchewan are provinces in Canada.)

Rocks contain some of North Dakota’s major energy resources–oil, gas, and coal. The fuel we use today was formed from dead plants and animals which lived in the oceans and swamps that covered North Dakota millions of years ago.

A fossil is the remains of a plant or animal that has been buried in the earth (in rock, soil, ice, etc.). It could be a skeleton, bone, shell, or an imprint, such as a footprint.

Petroleum and natural gas were created from very tiny plants and animals that had lived in oceans. Hundreds to thousands of feet of earth continued to cover the dead plants and animals over the millions of years when the ancient seas kept advancing and receding. Even after the seas were gone, weight from the layers above continued to press down. This pressure squeezed the material into liquid that we call petroleum, and along with heat, formed natural gas. The Williston Basin contains a great deal of petroleum and natural gas, and today many oil wells are located in western North Dakota.

The type of coal found in North Dakota was formed in a similar way, with a few differences. This process will be explained later in the section on the Cenozoic Era because this coal was formed millions of years later than petroleum and natural gas. 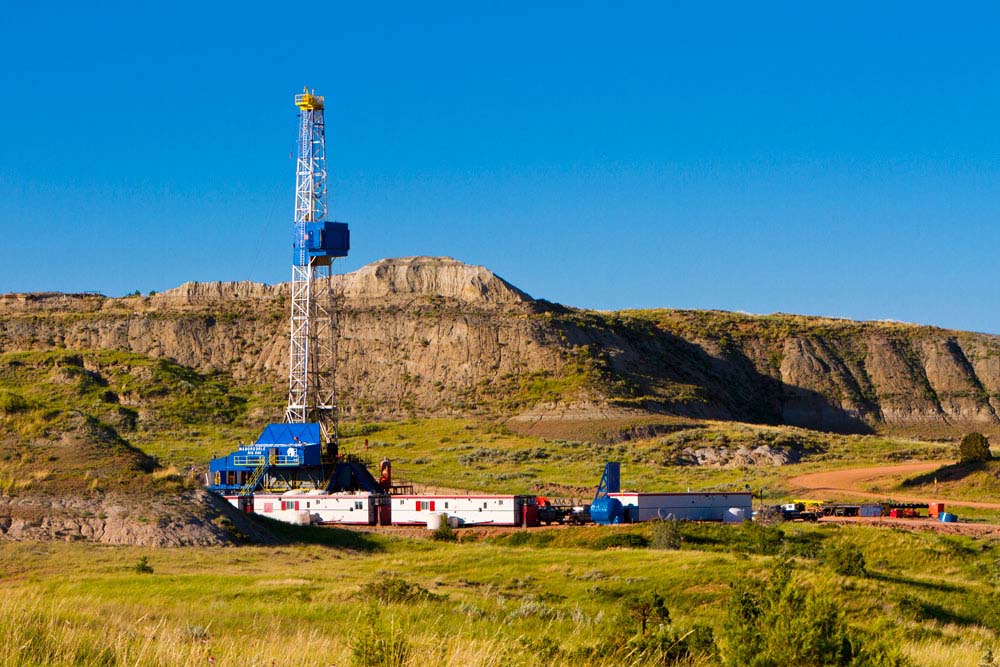