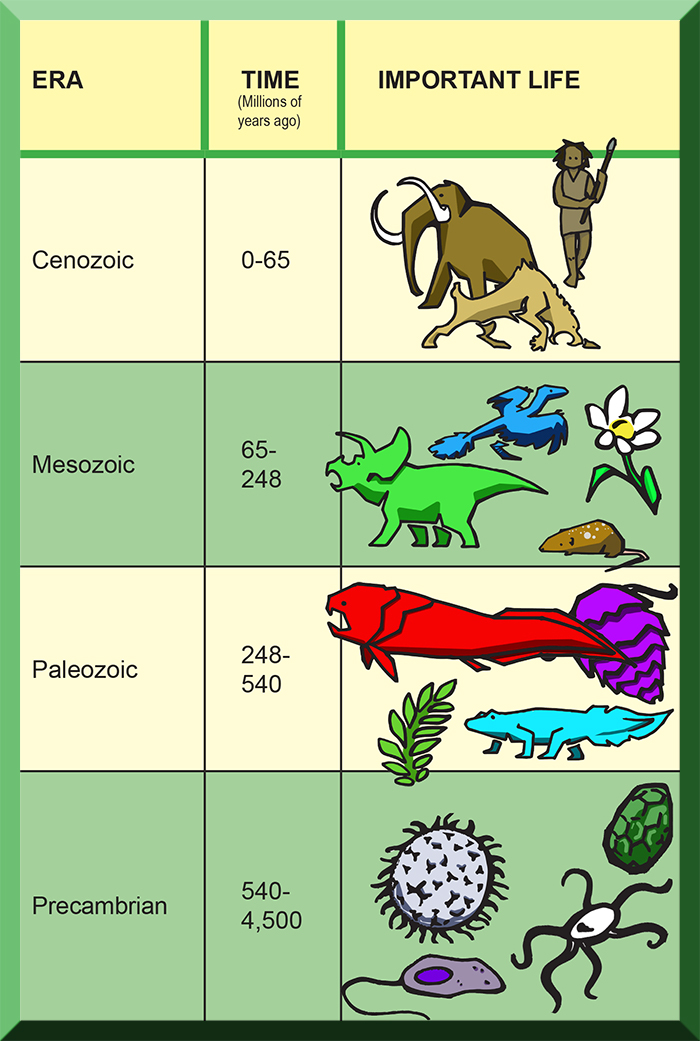 Geology is the science that works to understand planet Earth. Geologists are scientists who study Earth’s history. Geologists study rocks and other materials that make up the planet and the geologic processes that affect Earth today.

Paleontology is the study of prehistoric life. Paleontologists are scientists who study fossils to determine what life was like on Earth at different times in the geologic past. Paleontologists must understand the behavior and habitats of living species in order to understand how extinct (all are gone) species lived.

Have you ever tried to guess Earth’s age? Scientists estimate Earth is about 4.5 billion-years-old – give or take a few hundred million years! This huge span of time is called Geologic Time.

Geologists have worked out a type of calendar called a geologic time table that indicates when big changes took place on Earth. Beginning about 1820, a “calendar” called Geologic Time Scale was developed, and is still being refined.