In the late 1700s and early 1800s, the Hudson’s Bay Company• British fur trading company headquartered in Canada
• Branched down into North Dakota of Great Britain and the North West Company• French fur trading company headquartered in Canada
• Built first fur trading post in North Dakota of France were the leading fur trading companies in Canada. The XY Company also was involved in the fur trade business for a few years. These businesses branched out from their main trading centers near the confluence of the Red River and the Assiniboine River on the site of present-day Winnipeg, Manitoba, Canada. A confluenceThe place where two rivers join together is the place where two rivers join together. 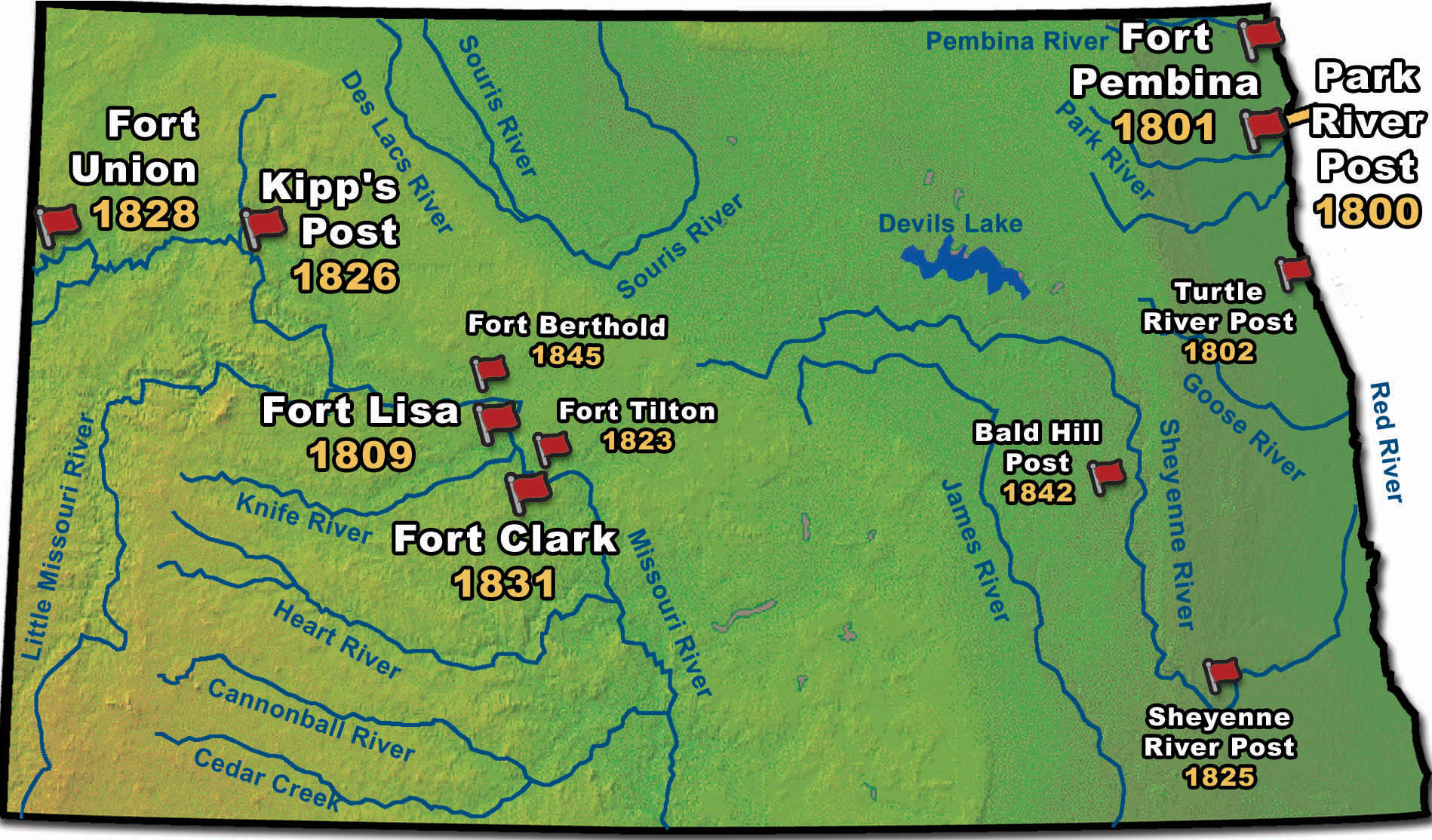