Life for the homesteaders on the North Dakota prairie was challenging and often filled with hardships. Many pioneers with high hopes of a great opportunity had their dreams shattered by difficulties such as long, harsh winters, isolation (feeling alone), illness, not enough rainfall, too much rain at threshing time, grasshoppers, dust storms, and prairie fires. A large number of people left the area after staying only a few years.

Land features and climate were two factors that were viewed differently by different ethnic groups. For example, Norwegians were used to snow and cold weather, but the flatness and lack of trees on the prairie made them homesick. They missed the ocean and the mountains. German-Russians were used to the prairie grasslands, but they had come from a milder climate and did not like the harsh winters.

One example of the fierceness of winter was the blizzard of 1888. A cold spell in early January was followed by a mild, beautiful morning on January 12. Many people headed into town to pick up supplies, and children headed to school. Suddenly, without warning, the temperature dropped about 20 degrees within just a few minutes. The wind picked up, and visibility (distance one can see) dropped to zero. By the time the storm was over, dozens of people had perished. So many children had lost their lives that this event was called “The Children’s Blizzard.” 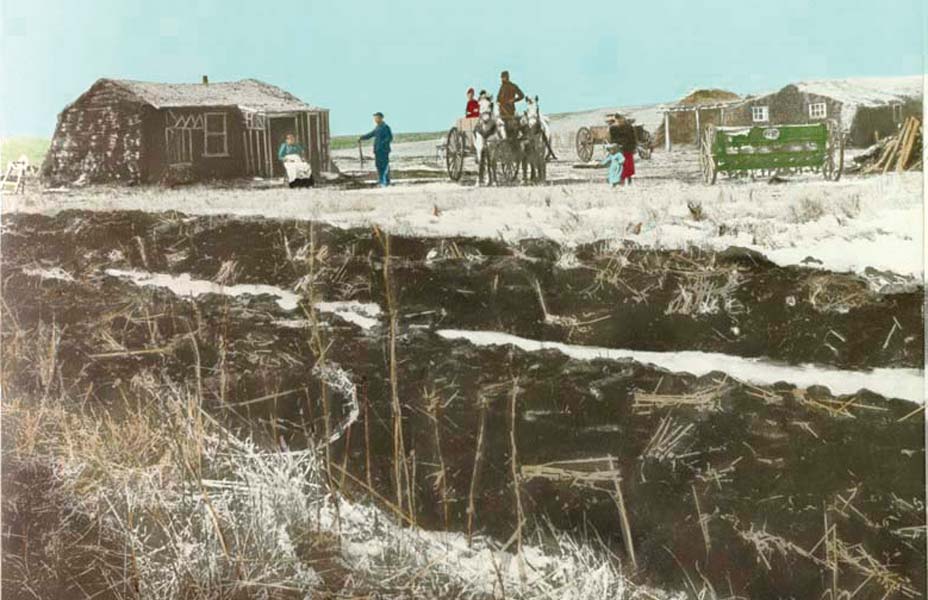 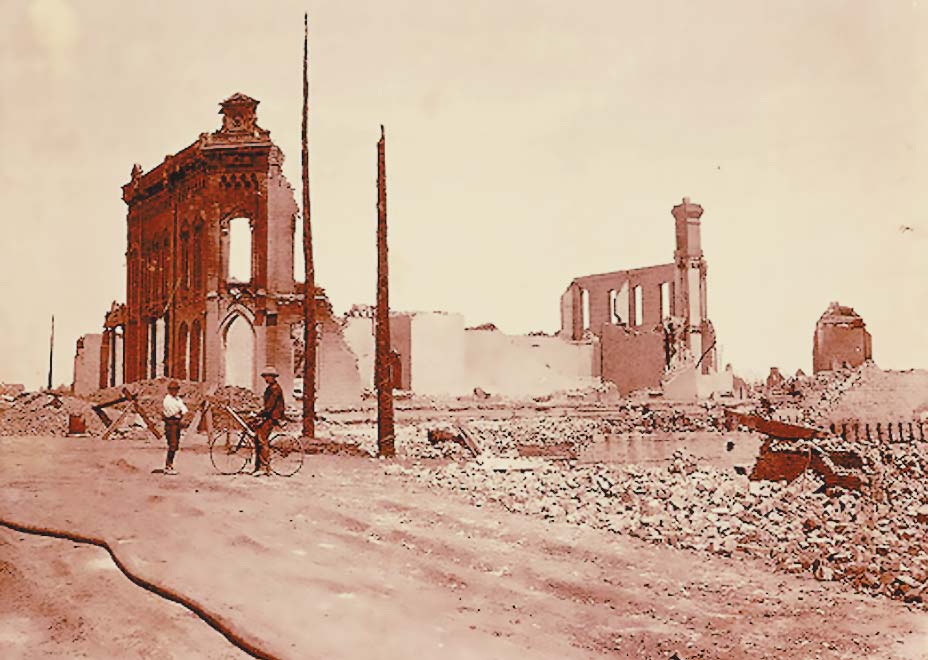 Fires also attacked the cities, spreading quickly from wooden building to wooden building. About half of the city of Grand Forks was destroyed by fire in 1882, and in 1884, much of Devils Lake burned down. A major fire struck Fargo in 1893, destroying hundreds of homes and businesses. These three cities quickly rebuilt with brick construction making up the downtown business districts.

In the western part of the state, where the cattle bonanzas had brought in thousands of Texas longhorns, wild cattle caused worry for some homesteaders. These unpredictable animals could attack anyone caught on the open prairie without protection.

Other wild animals such as wolves and coyotes made some of the settlers uneasy. There is no record of these animals attacking the pioneers, but coyotes seemed to be everywhere. People were sometimes startled by the sudden appearance of coyotes that followed them at a distance as they walked across the prairie. The greatest enemies of the horse ranchers were the packs of wolves that would prey on the horses, particularly the colts (baby horses).