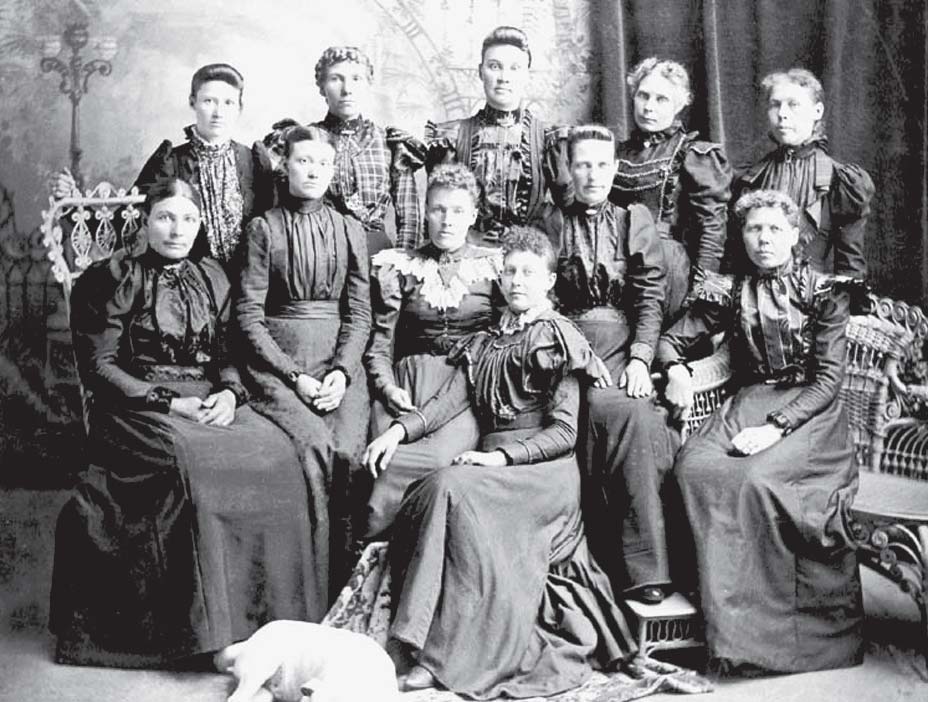 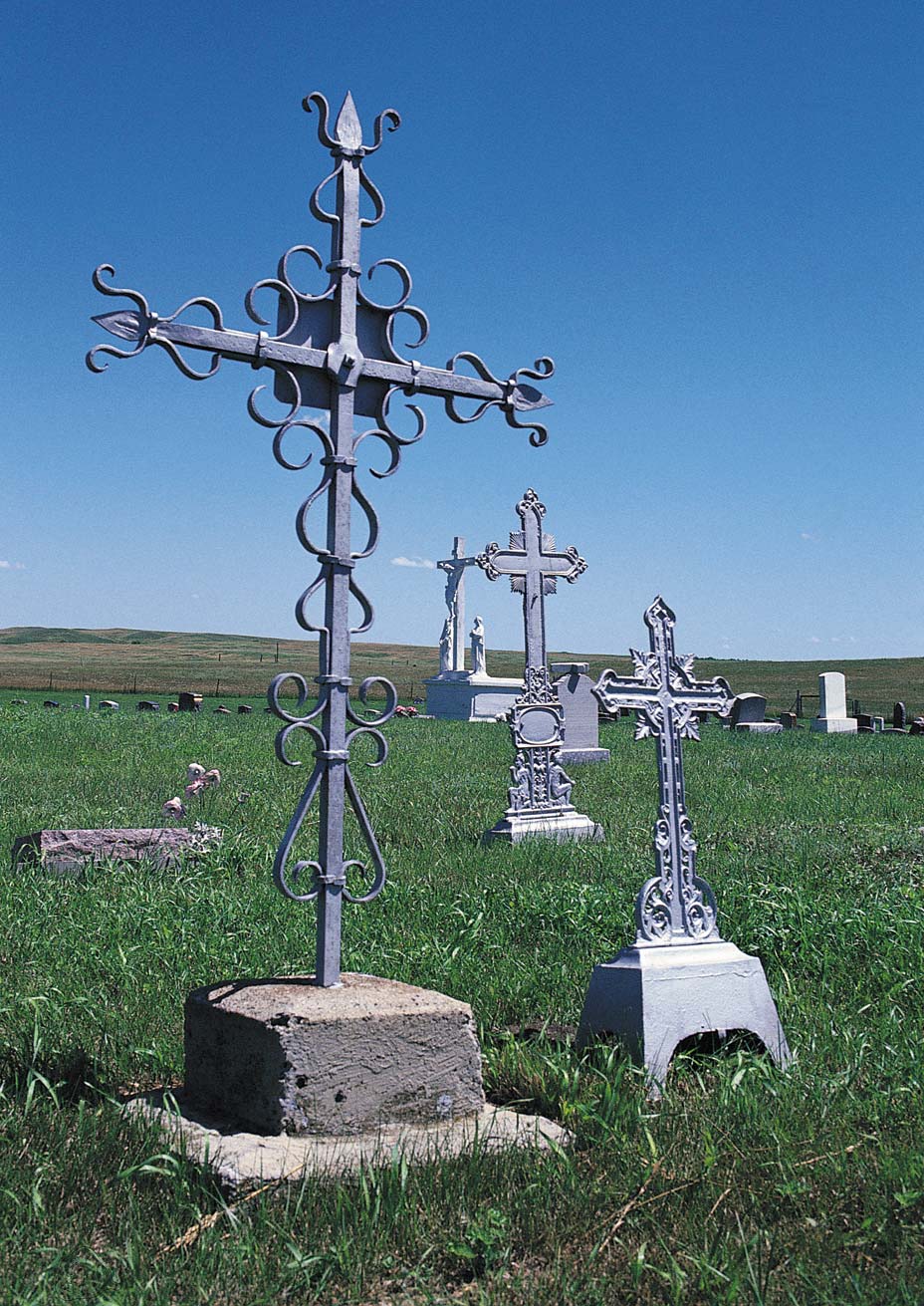 Before church buildings were available, services were conducted in homes or in schoolhouses. Women of the community formed “Ladies’ Aid” societies to help a church become organized. The Ladies’ Aid groups elected officers and held monthly meetings in the homes.

Raising money for constructing church buildings and other church projects was a major goal of the Ladies’ Aids. Their fundraisers brought in large amounts of money for the church. The women also sponsored picnics and other social events.

Immigrants from the different ethnic groups each constructed their own church building. Their “old country” language was used in the church services. For example, in the early 1900s, Dickinson had three Catholic churches to accommodate three languages—English, German, and Bohemian.

At least 14 different synods, or branches, of the Lutheran Church, based on language, were found in North Dakota. For example, even though Norwegians and Swedes were both Lutheran, they had their own churches based on language.

A few of the church buildings built by pioneers were large, stone or brick structures, which were copied after some of the huge, fancy churches in Europe. Catholics, Episcopalians, Methodists, and a few other groups built these churches. Examples can be seen today at Richardton, Strasburg, Devils Lake, Mandan, and Buffalo.

Most of the prairie churches were simple, wood-frame white buildings with tall steeples. This was the type of church commonly built by Lutherans from Scandinavia.

The churches helped the community meet cultural needs by celebrating their ethnic traditions. At church suppers and picnics, traditional foods were served, such as borscht and kuchen (Koo-ken) in the German-Russian neighborhoods, and lutefisk (Loot-ah-fisk) and lefse (Lef-sah) in the Norwegian communities. Many people from the “old country” who were not used to going to church began attending services because they were homesick for their language and culture. 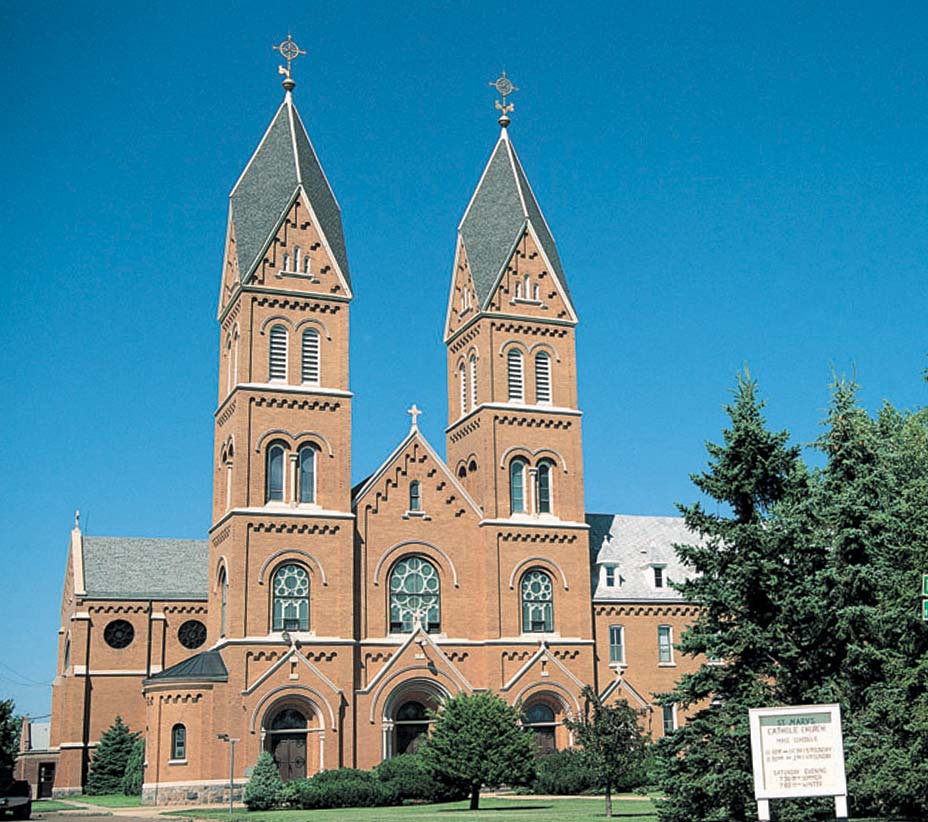 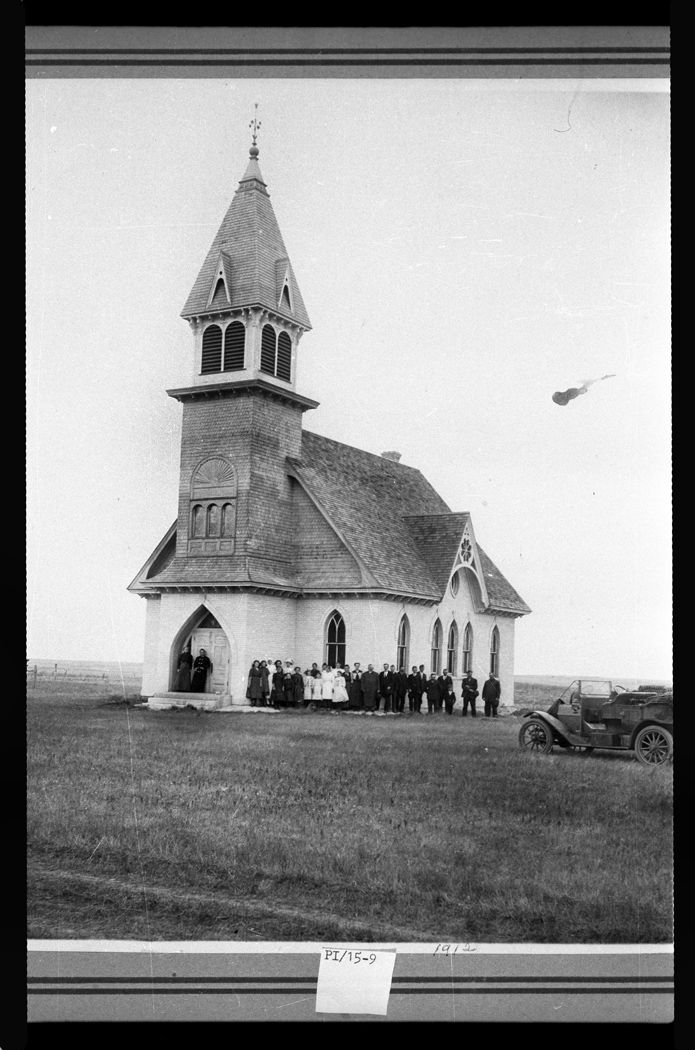