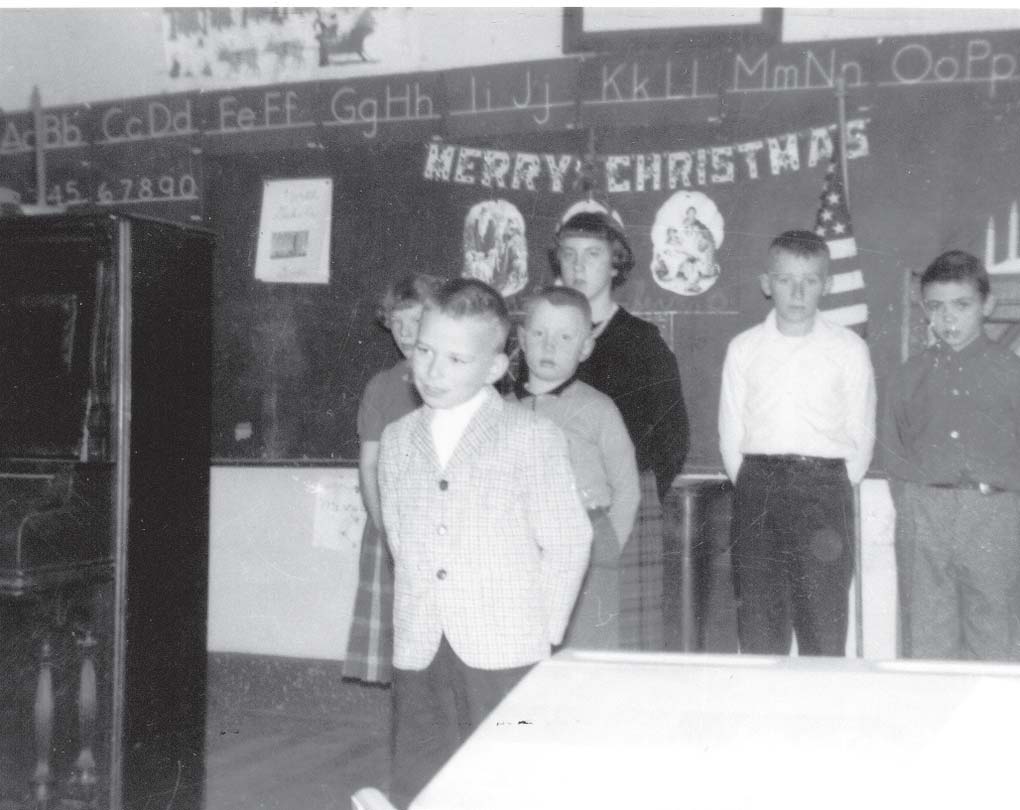 Television, radio, and other forms of entertainment, which we take for granted today, did not exist during the pioneer days. A very common form of entertainment, however, was educational as well as enjoyable. This recreational activity was reading.

In the homes of the pioneer family, a customary evening event was reading aloud to one another. Children were eager to learn how to read so that they could take their turns as the center of attention.

Homes were the social centers of the early North Dakota pioneers. Neighbors got together to visit, make music, dance, and play games. Many people played instruments, such as guitar, fiddle, mandolin, auto-harp, harmonica, accordion, or horn. At house parties, picnics, and other gatherings, music was a big part of the fun and entertainment. Barn dances also became popular when a farmer in the community had a barn with a hay loft, or floor where hay was stored.

Effie Vivian Smith was a 21-year-old woman who led a homestead claim in Burke County. In a January 1906 letter to her cousin, Smith wrote about how much fun she and her neighbors had having parties at one another’s claim shanties. They played games and sometimes danced all night.

After schoolhouses were built, they became gathering places for community functions. A school offered not only school programs but also provided a meeting place for gatherings not related to school.

Besides the school Christmas program, debates, spelling bees, and other programs were often held at the school. A popular community event was the basket social. The women each decorated a box or basket containing a meal for two people. The men bid on these baskets at an auction, and each basket went to the highest bidder. The man who bid the highest on a basket got to share the contents with the woman who had prepared it. Even though the women were supposed to keep secret the basket they had prepared, it was a badly kept secret. The men generally knew whose baskets they were bidding on. The money raised at basket socials was used for community projects.

Women usually met every month for Ladies’ Aid, but they also got together for quilting bees, knitting, and doing other handwork. These times were important social connections for the women who sometimes felt isolated on the prairie.

Some areas, such as pool halls and saloons, were set aside for “men only.” No woman who wanted to be respected would enter one of these places. Women who did not want their husbands drinking alcohol took measures to shut down the saloons. 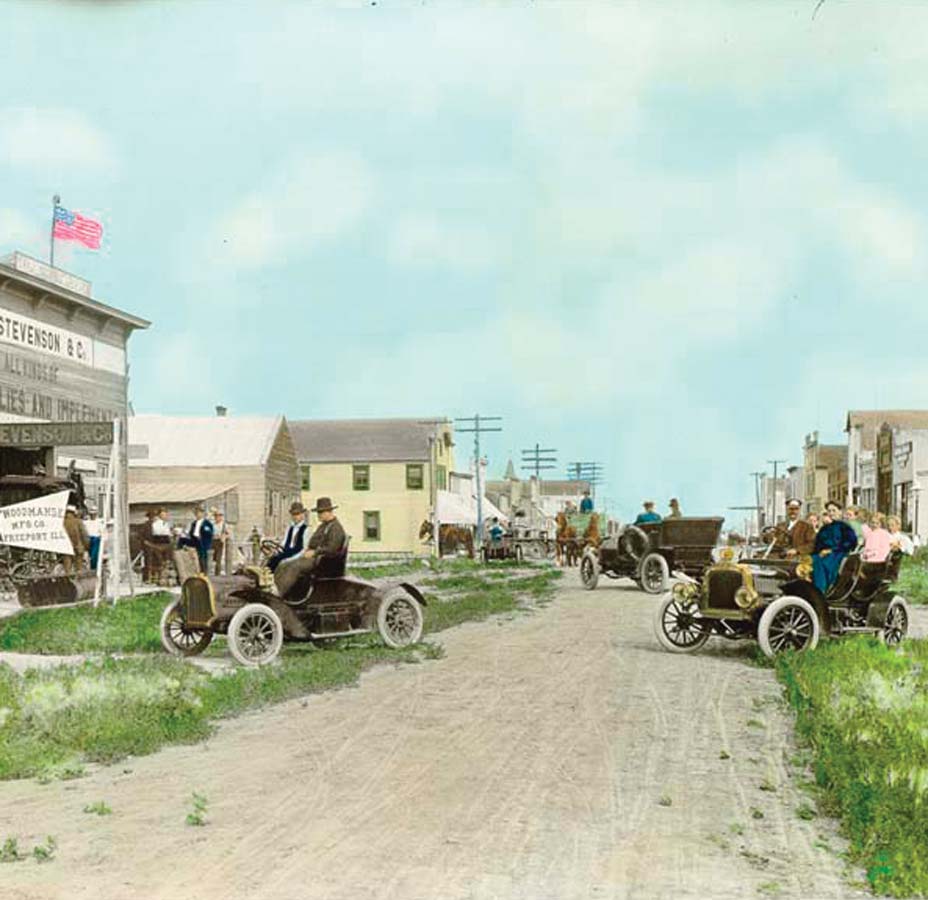 An incident in Hatton in 1890 shows how strongly some women felt about the issue. A group of farm women got fed up with their husbands’ spending money on alcohol. They took axes, hammers, and other tools to town and smashed up the interior of the saloon. When they were finished, broken bottles lying in pools of liquor were all that remained of the business.

Major summer highlights for many communities were county fairs and Fourth of July celebrations. At county fairs, farmers exhibited agricultural products and received prizes for their winning exhibits. Entertainment at the early county fairs consisted of horse races and other kinds of contests. Shortly after 1900, automobile racing began. Carnivals also began adding to the excitement. 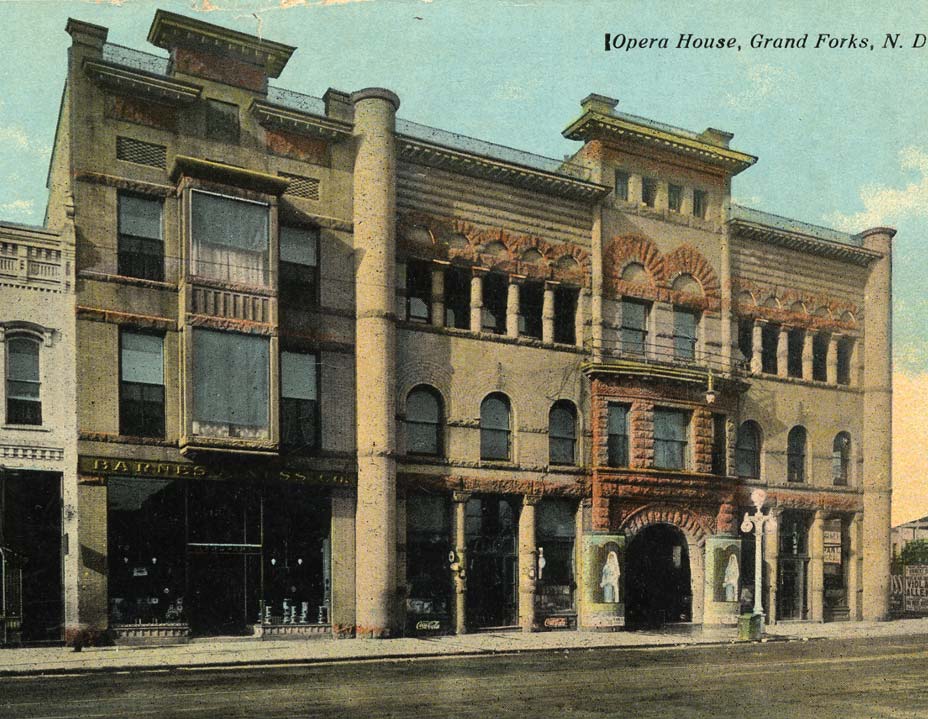 On the Fourth of July, families packed picnic lunches and headed to town. Political speeches, horse races, track events, baseball, and other sports games were some of the entertainment features at those gatherings.

One time in the town of Buffalo, two men surprised the celebrators by pelting them with snowballs. During the winter, the men had filled a wagon box with snow and buried it in a strawpile. The straw had insulated the snow so well that it was perfect for snowballs on the Fourth of July.

A few of the towns had “opera houses.” These were actually theaters in which live opera, symphony, plays, and stage acts were held. Some of the opera houses, such as in Grand Forks, Ellendale, and New Rockford, have been restored and are again being used for performances. 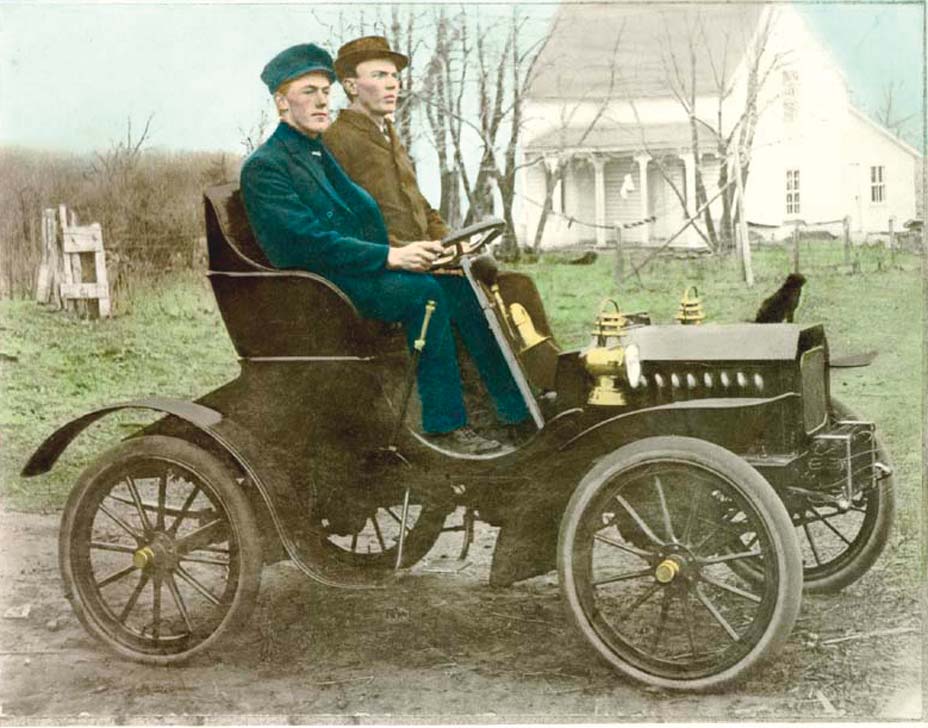 A new invention, which began arriving in North Dakota around 1900, started out as a contraption that was used for fun, rather than for a useful purpose. In years to come, however, this machine, the “horseless carriage,” became a necessary item for most families in North Dakota.

One of the first automobiles in the state was purchased by Oliver Dalrymple’s son in 1899. The first auto race, consisting of three cars, was held in Fargo at the Fourth of July celebration in 1900.

In 1905, the North Dakota Legislature passed the first traffic laws. The speed limit in towns was set at 8 miles per hour, and in the country at 25 miles per hour. By 1911, there were over 7,000 automobiles in the state, and the first license plates were issued at $3 per car. Gasoline was purchased at grocery stores for 12¢ a gallon.