Section 8: The 1908 Council at Standing Rock

In 1908, federal officials, including Major James McLaughlin, met with Standing Rock leaders to discuss the opening of unallotted lands for purchase by non-Indians. The speeches were summarized in a federal document, giving us a record of the views of both the federal government and the tribes.

The men who sat on this council represented the people of the reservation. Some of the men were respected elders such as John Grass (also known as Mato Watakpe or Charging Bear), a Sihasapa Lakota. Others in the council were younger, such as Arthur Tibbets (age 39 in 1908.)  Age made a difference in how they viewed the possible loss of their lands. In addition, the younger men had often been to school, could read and write in English, and were more inclined to understand and accept federal law.

The council debated the proposals and then negotiated with McLaughlin to try to gain some concessions. McLaughlin doubted that the tribes’ demands would be met by Congress. He tried to gain some acceptance of the proposed land sales, but the council rejected the government’s offer and made a different proposal. As the members of the council returned to their homes, many doubted that the government would consider the interests of the Lakotas and Yanktonais. 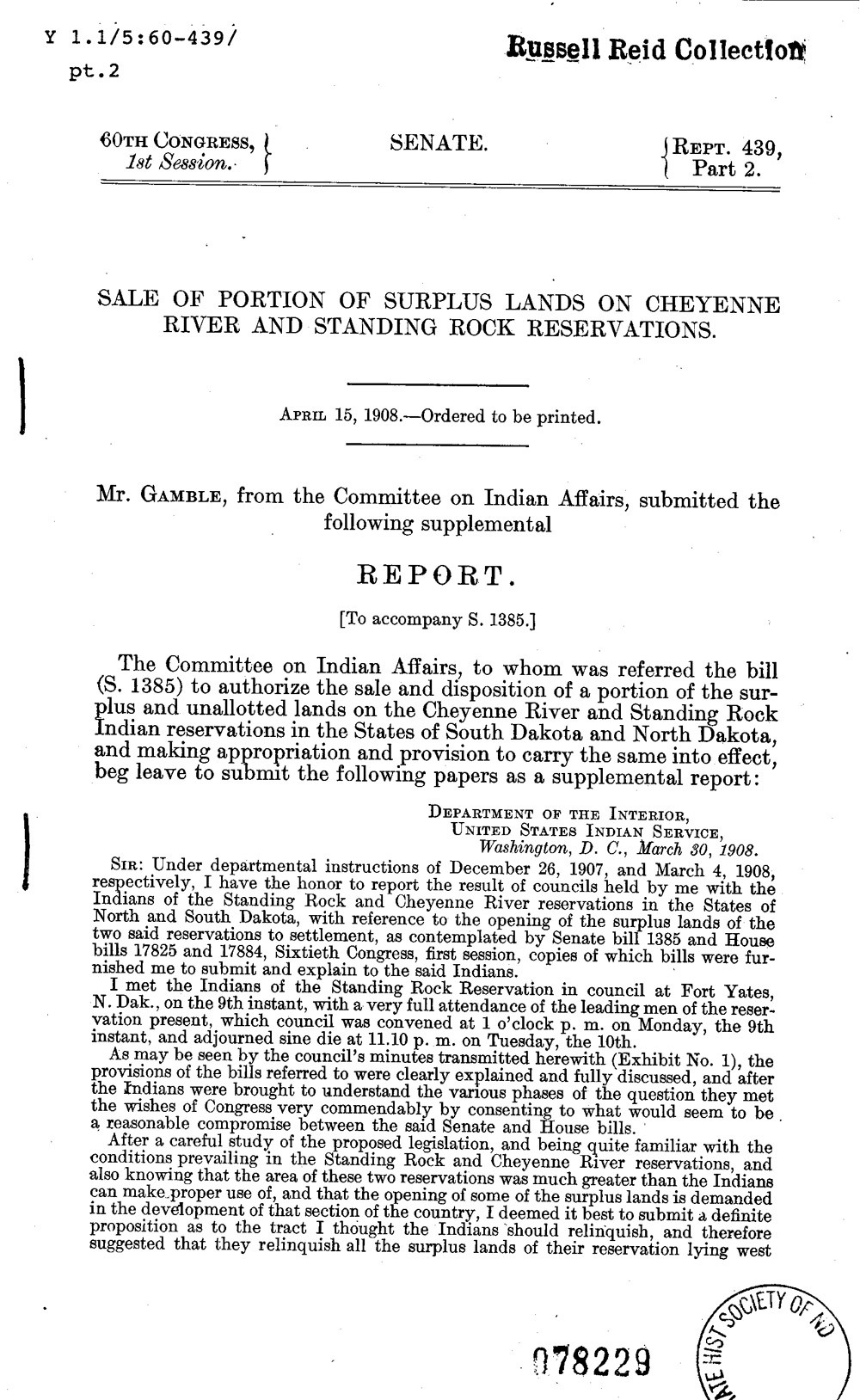 Government documents can sometimes be very difficult to understand. However, government documents can be full of interesting information. That is the case with Senate Report 439, part 2, 60th Congress, “Sale of Portion of Surplus Lands.”  Below is a summary of the major points of discussion. (See Document 18: Part 1) 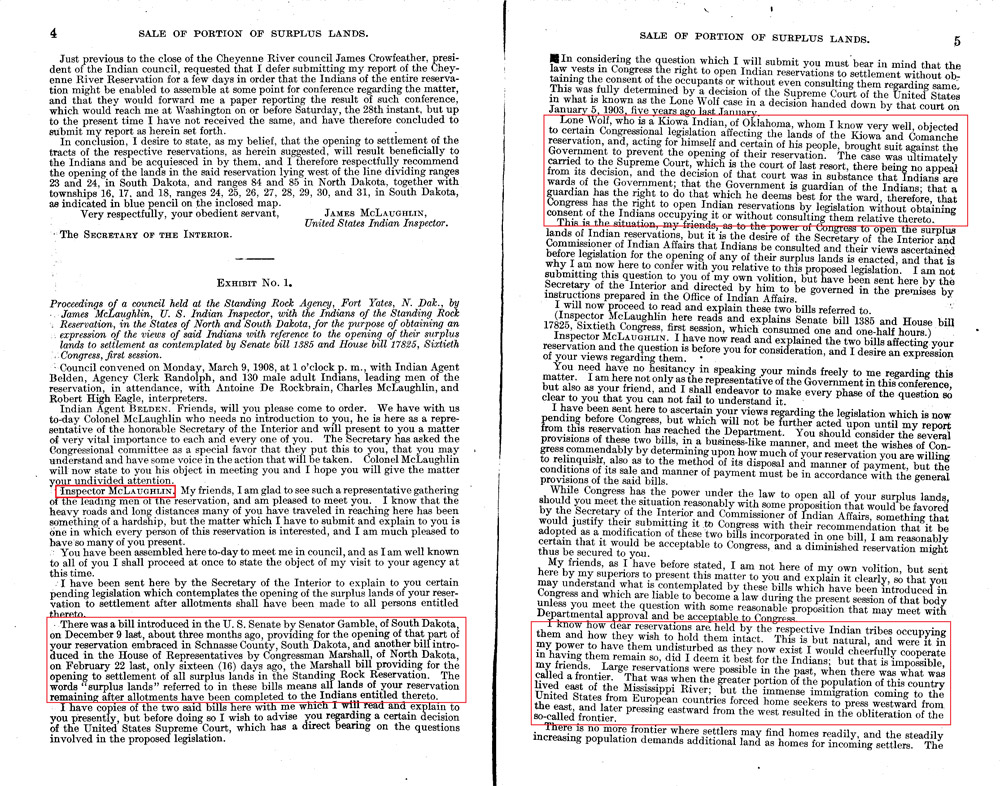 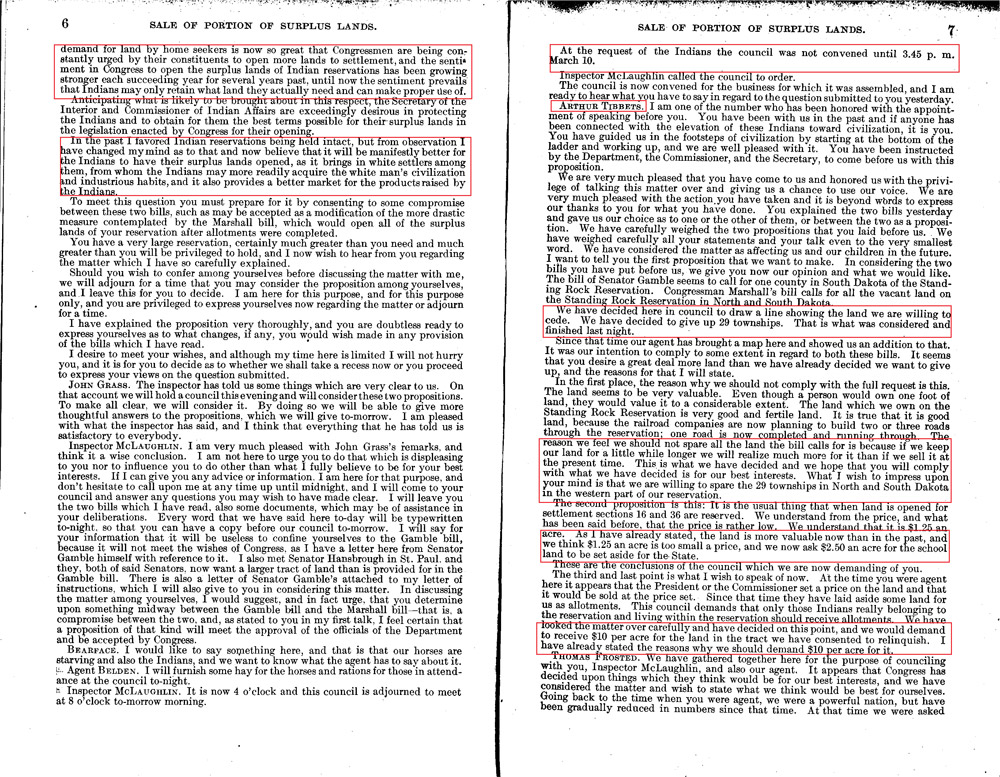 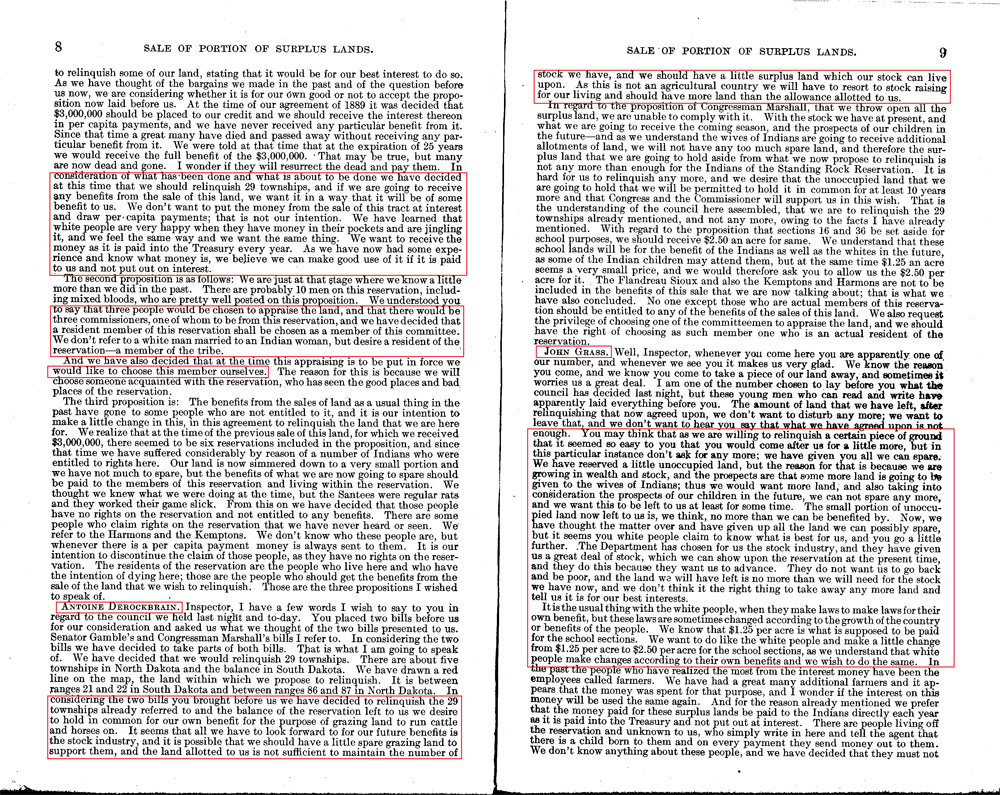 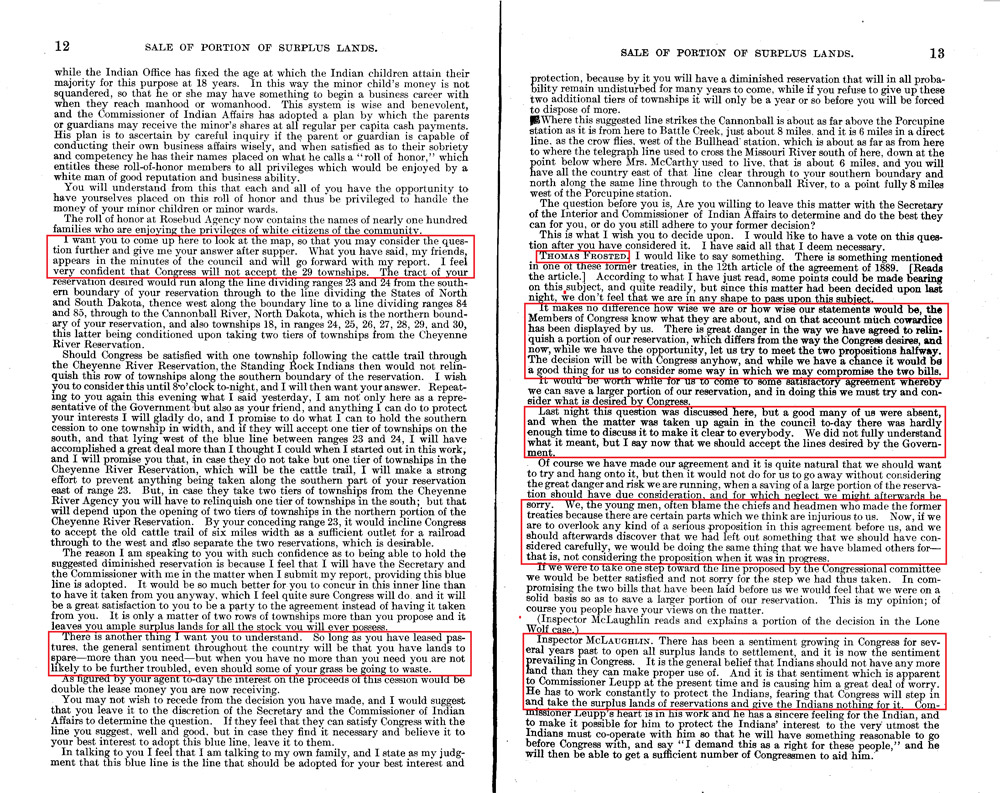 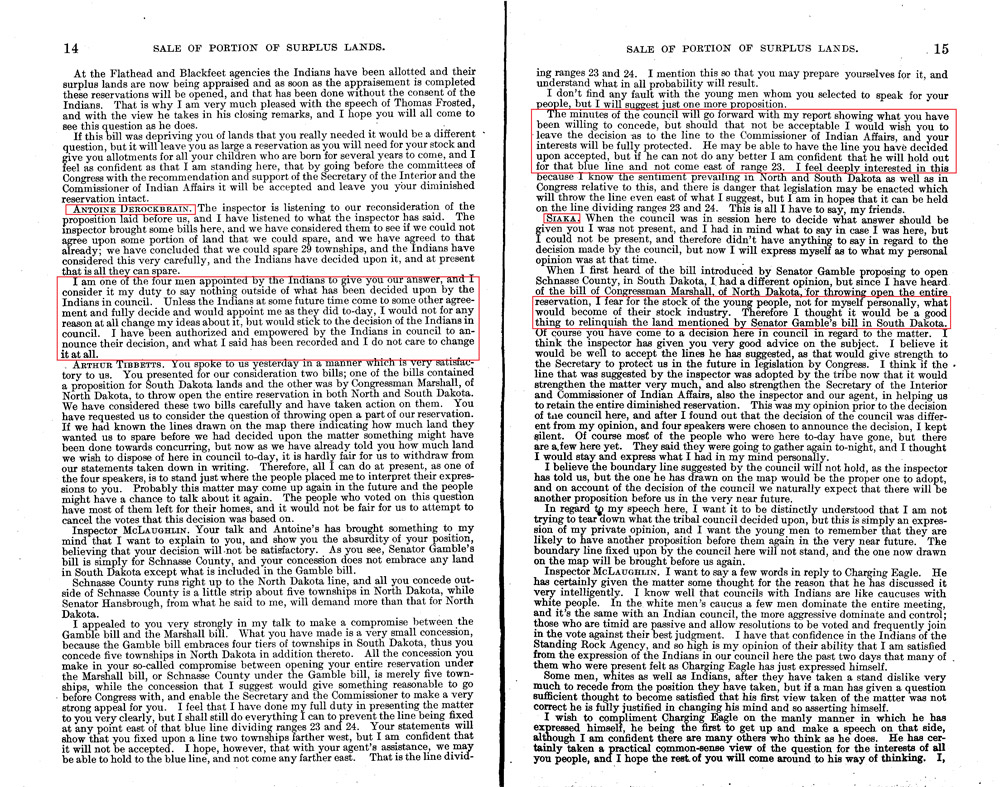 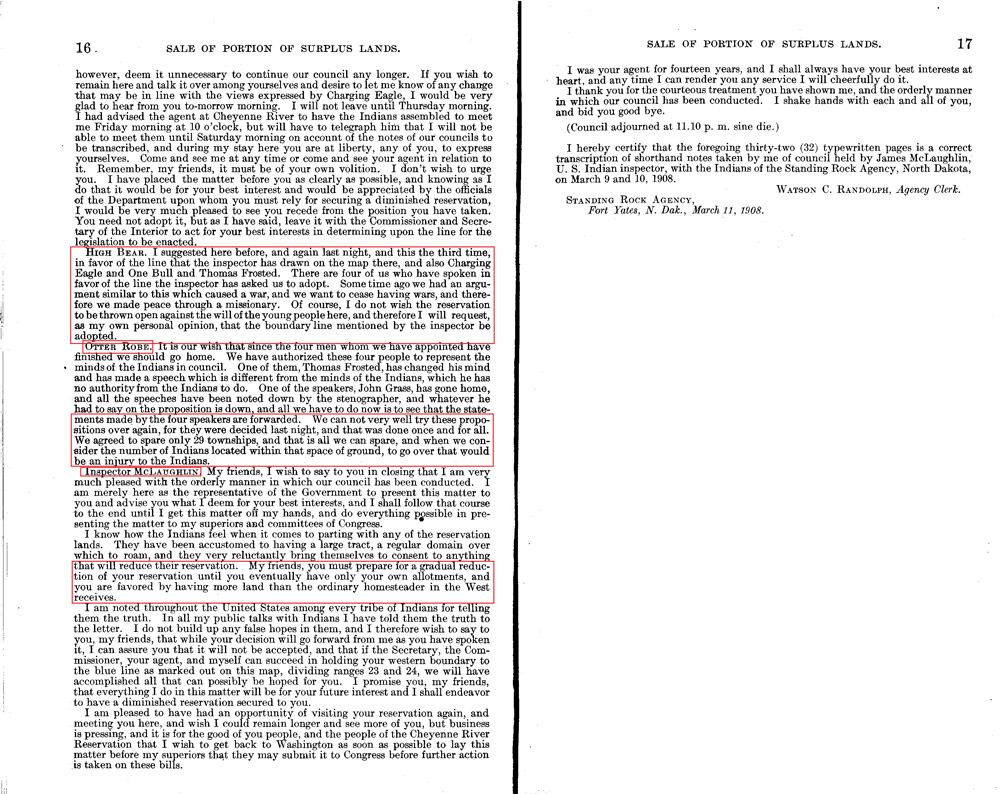