The Lakotas and Yanktonais (Sioux) attended the Great Council at Fort Laramie in 1851. The treaty assigned a large territory to the Lakotas and Yanktonais (See Map 5). They were expected to live in the area west of the Missouri River, south of the Heart River and north of the territory of Nebraska. However, the tribes were given access to more land to the west and north where they could hunt.

Map 5: Treaty of Fort Laramie, 1851. This map defines an area in which the Sioux (Lakotas and Yanktonais) were to confine themselves. This was not a reservation. These defined territories were designed to prevent conflict among the tribes that lived and hunted on the northern Great Plains.

The treaty was soon broken by the building of Army posts and trails through the treaty lands. The Lakotas resisted these violations of the treaty. Some went to war against the Army and discouraged settlement and travel by non-Indians.

Map 6: Treaty of Fort Laramie 1868. This map shows that under the terms of the Treaty of Fort Laramie of 1868, the Sioux refused to cede and retained a large territory for hunting (in yellow).  However, the Great Sioux Reservation (in gray) was established on the west side of the Missouri River in southern Dakota Territory and in the southwest portion of northern Dakota Territory. The “Unceded Indian Territory” to the west of the Great Sioux Reservation was a place of compromise. The Army gave up its forts (Fort Phil Kearny) and control of the Bozeman Trail. The Sioux and other tribes could hunt there. In September, 1876, the unceded lands in northern Dakota Territory became part of the Sioux Reservation with an agency at Fort Yates. The Cannonball River became the northern boundary of the reservation.
Map 7: Sioux Reservation, 1877. In 1876, Congress re-drew the map of the Great Sioux Reservation. Though the tribes had been approached about a treaty, so few men signed the document that it was not legally binding. As a form of punishment for the Battle of the Little Big Horn (in which the 7th Cavalry under Colonel G. A. Custer was wiped out), Congress passed a law verifying that the “treaty” had the power of law. Gold was discovered in the Black Hills in 1874, and the region was seeing rapid growth of towns and mining industry. By this act of Congress, the land reserved to the Lakotas was reduced by 40 million acres. Of great concern to the Lakotas was the loss of the Black Hills. (The area around Deadwood is in the Black Hills.) Their sacred sites were located in the Black Hills and many of their important religious ceremonies took place there.

The United States Commissioner of Indian Affairs wanted peace in the northern Great Plains in order for settlers to develop farms and railroads to build through the region. Another peace council was held at Fort Laramie in 1868. This time, the treaty declared that much of the land identified by the Treaty of 1851 would be the homeland of the Sioux. It was to be called the Great Sioux Reservation (See Map 6) An agency was established at Grand River (in present-day South Dakota.) 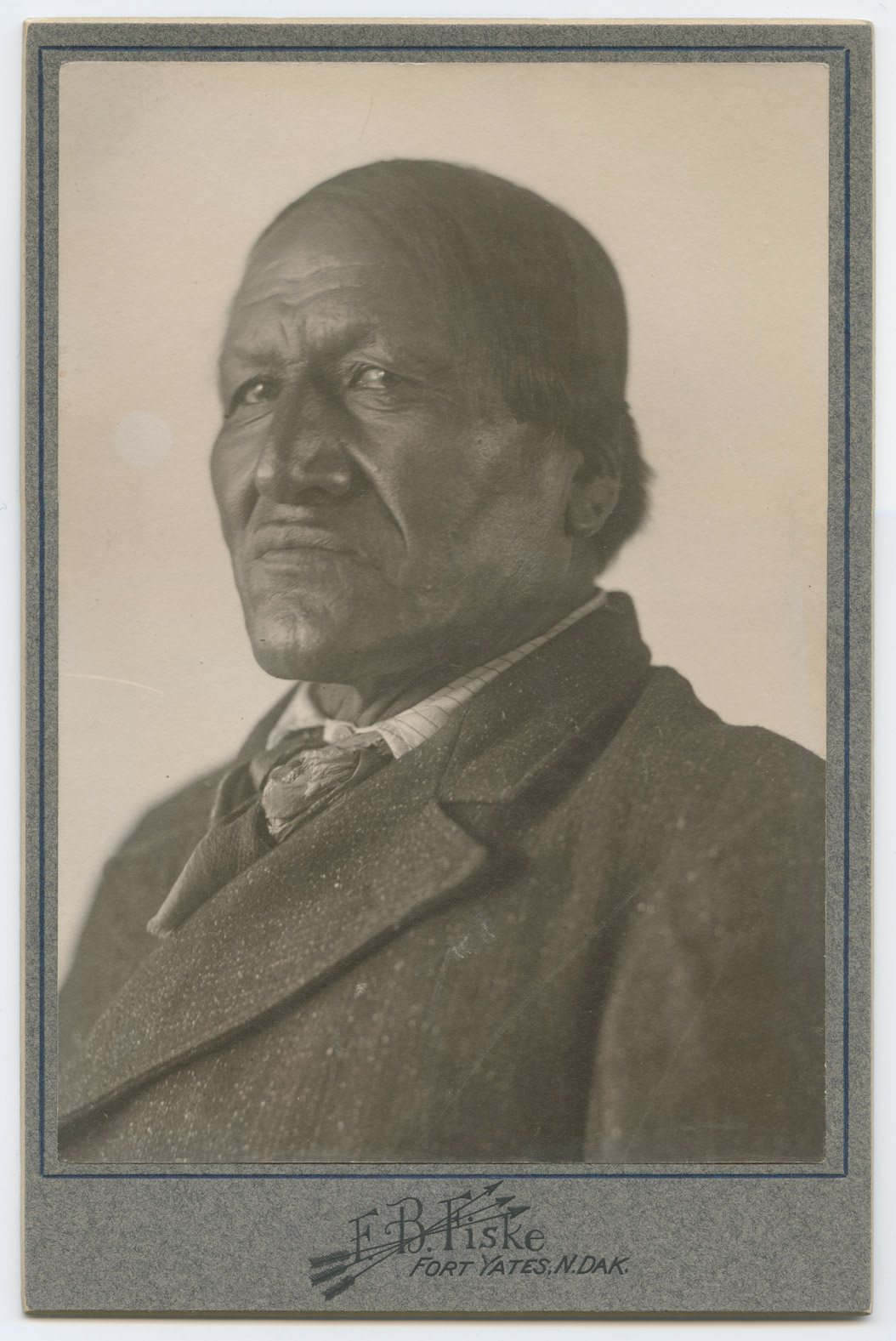 Image 8: John Grass (1837-1918) was a great orator and respected leader on the Standing Rock Reservation. He spoke for peace in the 1870s and led his tribe in the transition to reservation life in the 1880s. However, he did not give up land easily and stood up to the federal government when necessary. SHSND 1952-0126-2. 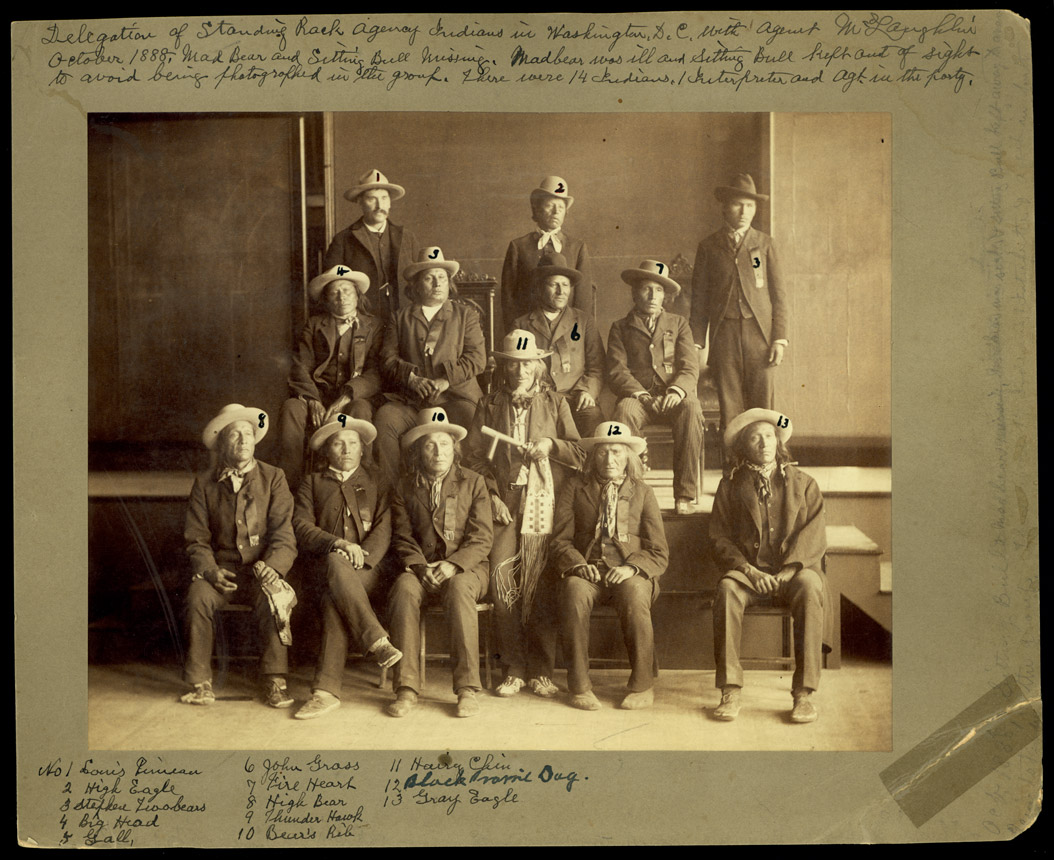 Image 9: This delegation of leaders from Standing Rock traveled to Washington, D.C. in 1888 to discuss the new treaty which led to the break-up of the Great Sioux Reservation. The group included John Grass, Sitting Bull (not in the picture), and James McLaughlin (not in the picture.) SHSND D0157.

Document 15: Newspaper clipping. John Grass, a well-known speaker for the Blackfeet (Sihasapa) band of Lakotas, explained his opposition to the proposed reduction of the Great Sioux reservation to a reporter. This article was printed in the New York Times October 11, 1888. 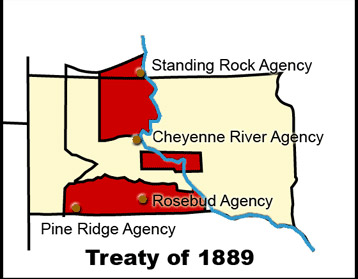 In 1876, the Lakotas, along with Cheyennes and others, fought with the Army at the Little Big Horn River in Montana. At this battle, the men of the 7th Cavalry, led by Colonel Custer, were all killed. The battle was a major defeat for the U.S. Army. As a result, the Black Hills were taken from the Great Sioux Reservation and officially opened to non-Indian settlement and mining. (See Map 7)

Another reduction in the reservation came about in 1889. The great Lakota leader, John Grass, protested the break-up of the Great Sioux Reservation (See Document 15). (See Image 8) A delegation went to Washington to impress on Congress the wishes of the tribes (See Image 9).  Congress, however, proceeded and the reservation was broken up into smaller parcels (See Map 8). One of these smaller reservations was the Standing Rock Reservation which is located in both North Dakota and South Dakota. Most of the residents were Lakotas and Yanktonais.

Soon after Standing Rock Reservation was created, it was approved for allotment. The enrolled members received land according to their age and family status. As they tried to adapt to this way of life they had not chosen, they learned to farm, to bring crops to market, to raise cattle, and to live in log cabins on their own allotment.

In 1908, the federal government again approached the Lakotas and Yanktonais,  Again, there were few choices, Congress wanted to take unallotted land and make it available to non-Indians. In 1910, portions of the reservation were opened to white settlement (See Map 9). 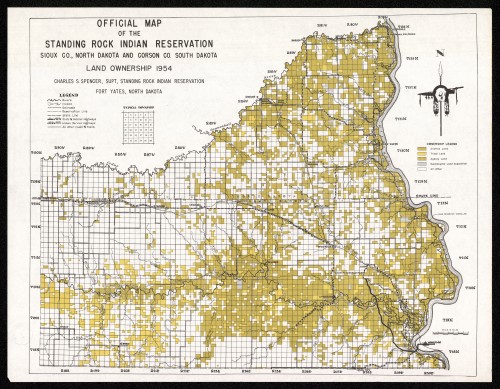 Map 9: In 1889, with the creation of Standing Rock Reservation, the Lakotas and Yanktonais were approved for allotment. The process of allotting land to families continued for several years. In 1910, Congress passed a law opening the much of the unallotted lands to settlement by non-Indians. This map (dated 1954) shows the lands allotted between 1889 and 1930 in yellow with diagonal stripes. SHSND 978.488 O324 1954.

This section will help you understand the processes that caused the Standing Rock Reservation to have the shape it does today. As the reservation boundaries changed, the relationship between the tribes and the government changed. By 1915, many of the residents of Standing Rock had become U.S. citizens. It was a long process, often violent, very sad, and stressful for the Sioux. It is a difficult chapter in American and North Dakota history.