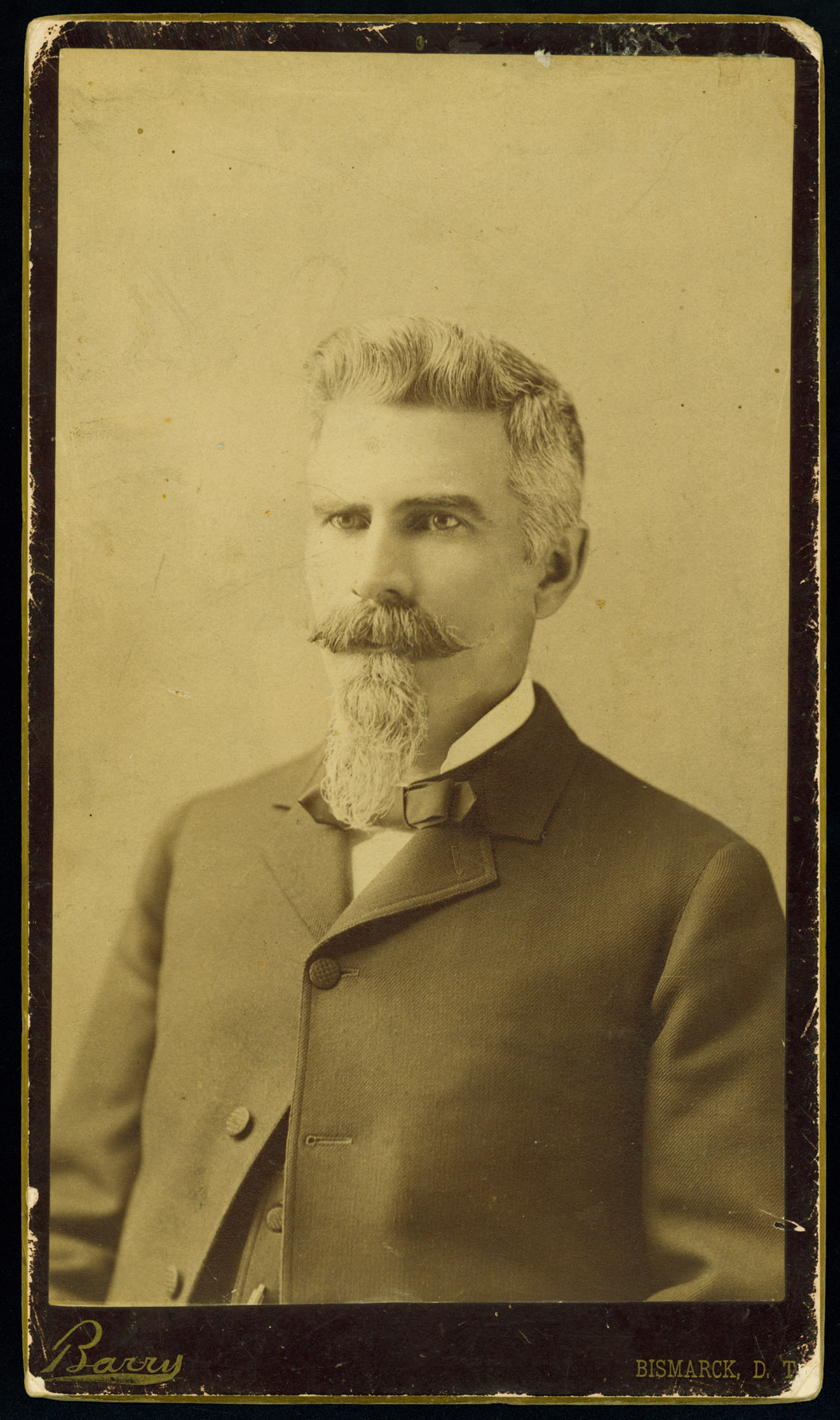 Image 10: Major James McLaughlin (1842 – 1923) worked for the Department of Interior at Fort Totten for several years before he was appointed agent at Standing Rock in 1881. His wife was of Dakota and European American heritage. He left Standing Rock in 1895 when he was appointed Inspector for the Commissioner of Indian Affairs. He was considered a very capable Indian agent. McLaughlin served at Standing Rock when Sitting Bull brought his band back to the reservation from Canada. He ordered the arrest of Sitting Bull in 1890 during the Ghost Dance, leading to the death of Sitting Bull. McLaughlin wrote a book about his life titled, My Friend the Indian (1910). While his interest in fair treatment of Indians was probably sincere, some of his actions led to great poverty on the Standing Rock reservation. SHSND E0054 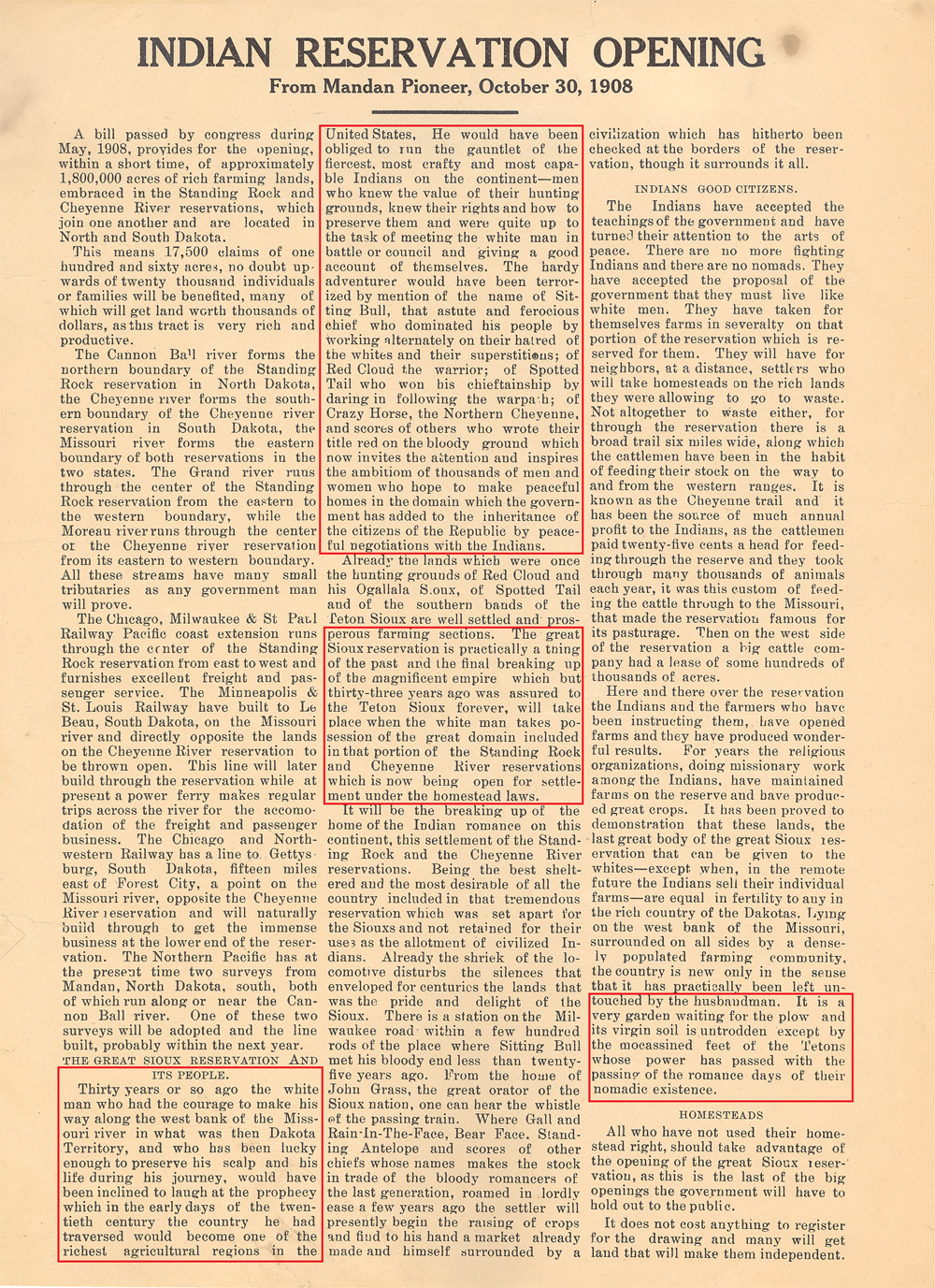 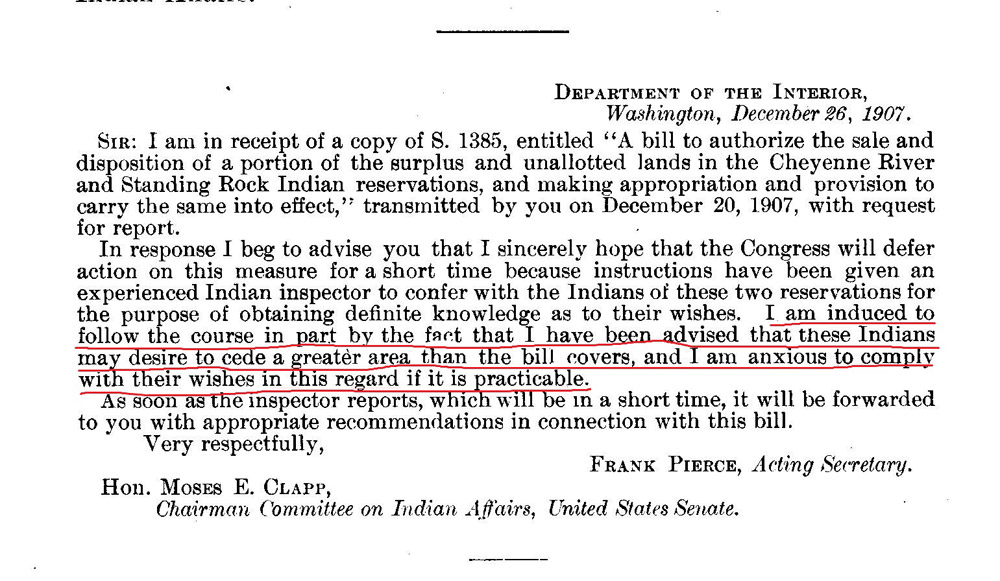 Major McLaughlin was the U. S. Indian agent at Standing Rock from 1881 to 1895. He was well-acquainted with the men who met in council. He explained that there were two bills in Congress and that there would have to be a compromise between the bills. McLaughlin asked the Lakotas and Yanktonais of Standing Rock to consider his (McLaughlin’s) suggested compromise or to make their own offer. McLaughlin knew that Washington officials had already decided to take land from the tribes.

Congress did not have to confer with the Lakotas and Yanktonais of Standing Rock to open the reservation to settlement. However, Franklin Pierce, acting Secretary of the Interior, had suggested to Senator Clapp that the residents of Standing Rock might be willing to give up even more land than was included in the original bill (See Document 17).

At the council, McLaughlin explained the power of Congress over Indian tribes. That power came from an important United States Supreme Court case. The case, known as Lone Wolf vs Hitchcock, was decided in 1903. Lone Wolf, on behalf of the Kiowa tribe of which he was a member, sued to stop allotment on the Kiowa-Commanche-Apache reservation in Oklahoma. The justices of the Supreme Court heard the case. They decided that the powers of Congress were superior to the terms of the treaties that had been signed years earlier. This decision meant that if Congress decided to make a change to any reservation, it had the power to do so. Even though this decision was made in the case of the Kiowas, it applied to all reservations.

McLaughlin suggested that the Lakotas and Yanktonais of Standing Rock allow Congress to open much of the western portion of the reservation in both North and South Dakota. He also told the council that if they did not agree, Congress might take more land.

The Indians [of Standing Rock] are satisfied to have the surplus and unallotted lands disposed of under the provisions of the bill as amended. The area as described in the bill . . . provided for the opening of a strip of land 18 miles in width running east and west through the entire width of the reservation and in addition a strip of land on the western part of the reservation 35 miles wide by 100 miles in length. The total acreage embraced therein and provided to be opened is 2,972,160 acres. Of this amount, . . . 1,244,160 acres is in the Standing Rock Reservation. The lands provided to be opened under the provisions for the bill are all within the State of South Dakota, except 365,600 acres in the State of North Dakota.

. . . The lands reserved for the use of the Indians [about 1,250,000 acres] . . . are ample and more than sufficient for the present and future needs of the Indians of the respective tribes.

Congress passed the bill on May 29, 1908. Commissioner of Indian Affairs, F. E. Leupp, noted that the new bill recognized the council’s demand that the school lands (sections 16 and 36 of each township) should be purchased by the U. S. Government for $2.50 per acre. However, the Commissioner of Indian Affairs rejected the tribal council’s request that the government make annual payments to the tribe from the land sales. The U. S. Treasury would continue to hold the payments received from land sales. The government paid directly to the tribe only the 3% interest earned on the income from the sale.

The three-person committee with the responsibility to set a price on the land consisted of a “resident citizen of the States of North or South Dakota, one representative of the Indian Bureau and one person holding tribal relations with one of said tribes of Indians.”  It is likely that Congress intended that the “person holding tribal relations” be a member and resident of the Standing Rock reservation, but the meaning of that phrase was not entirely clear.

In 1910, the Standing Rock and Cheyenne River (South Dakota) reservations were opened for settlement.

Why is this important? Reading about the progress of this bill tells us a lot about how Congress worked with Indian tribes. The tribe accepted that unallotted reservation lands would be opened to non-Indian settlers, but wanted to do so on their own terms. However, Standing Rock leaders had little reason to think that members of Congress would accept their terms. What Congress, the Department of the Interior, and the Commissioner of Indian Affairs thought of as negotiating for approval of the law, the residents of Standing Rock saw as one more attack on the treaties they signed in 1851 and 1868. As a result of this process, the tribes of Standing Rock lost control over much of their reservation lands.