In addition to the many resources available from the North Dakota Studies program at the State Historical Society of North Dakota, other government agencies and organizations also have excellent resources to assist those interested in learning more about North Dakota.

Workshops and learning opportunities for teachers, student programs, and a host of friendly websites help to promote the history and culture of North Dakota.

The Road to Little Rock

“The Road to Little Rock” tells a story of nine teenagers and one judge who demonstrated enduring positive human qualities of courage, honor, determination, and responsibility. The story begins in 1957 as nine African-American teenagers sought enrollment at an all-white high school in Little Rock, Arkansas. 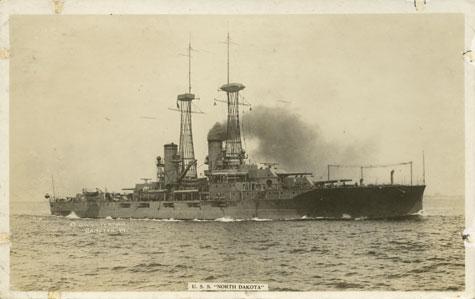 On November 10, 1908, the first American dreadnought battleship, the USS North Dakota was christened by Mary Benton of Fargo as it slid from its construction site into the water. The ship was the biggest, heaviest, and fastest ship yet built by any navy. The ship, its builders, the Navy, the United States, and North Dakota were praised in superlatives. The Fargo Forum printed a front page headline declaring the ship to be “Uncle Sam’s Biggest Peacemaker.” Governor John Burke, speaking at the formal launching ceremonies stated that “this is the greatest fighting machine in the world, and named after the greatest agricultural state in this union.”

Lesson plans to teach students about the USS North Dakota are available for grades 4, 8, and high school. These lessons—primary documents and research from the archives of the State Historical Society of North Dakota—offer students, teachers, and the general public an opportunity to study this unique story in our state’s history. Teachers may use these online lessons to teach about early 20th century North Dakota history or to supplement discussions in connection with the launching of the new USS North Dakota submarine in 2014.

Middle and high school teachers and students will find these lessons useful in courses on the Civil War, U.S. History, or North Dakota history.

The lessons were created as part of the commemoration of the Civil War sesquicentennial (150th anniversary) by North Dakota Studies program at the State Historical Society of North Dakota.

The North Star Dakotan was first published in 1993 and eventually included five issues. These first five issues were sponsored and funded by the North Dakota Humanities Council, and cover North Dakota history from 1780 to 1971. A web-based issue 6 was developed in 2016 and covers the period 1972 to present.

All six issues of The North Star Dakotan provide readers with highlights of the major news and events in North Dakota's history.

The Mission of Herman Stern

This is the true story of how one North Dakotan made a difference in the lives of over 125 people by rescuing them from Nazi Germany.

The North Dakota Studies presents new lessons on the history of the woman suffrage movement in North Dakota. The lessons, including primary source documents from the archives of the State Historical Society of North Dakota, were developed in cooperation with the North Dakota Woman Suffrage Centennial Committee.

A new online exhibit is showcasing the North Dakota Night Sky. Sections highlight history, innovation, North Dakota’s contributions to engineering, technology, and exploration and how they relate to Mars.

Included for students is the 360° Guide to the North Dakota Night Sky and activities. This immersive video works on your phone, computer, or VR headset. Users will find the North Star, andromeda galaxy, and all the circumpolar constellations.