This 116-page unit presents the fascinating story of the American Indians of North Dakota. Students study the history and culture of the Mandan, Hidatsa, Arikara, Chippewa, and the Great Sioux Nation.

The purpose of this Teacher Resource Guide is to assist the teacher in teaching about the American Indians of North Dakota. It is intended to be interdisciplinary and to act as a guide to supplement other activities that may be used in the classroom.

Review and discussion questions, vocabulary, and additional activities are included and available in print and CD-ROM versions of the Teacher Resource Guide for American Indians of North Dakota.
Activities

This following games that can be played in the classroom or on the playground. The challenge to each student is to research and play more American Indian games, particularly ones played by the American Indians of North Dakota! Ideas include:

of the American Indians of North Dakota

Have students play these games using questions from the text: BINGO, Jeopardy, Wheel of Fortune, Trivial Pursuit, etc. (The following site is a wonderful site with templates, directions, and examples of Jeopardy, Who Wants To Be A Millionaire, or Hollywood Squares using PowerPoint.) Suggested categories for the games: Early People of North Dakota; Plains Indian Dwellings; Symbols of the American Indians; History of the Tribes of North Dakota; Culture of the Plains Indians; and/or Profiles of Famous American Indians of North Dakota.

In small groups, have students create a bartering or trading activity to share with other groups in the classroom.

Have students select several objects found in the home or classroom, or find pictures/illustrations to use for trading or bartering with others in the class.

Have the students begin trading the objects with other groups for something they feel is worth the trade.

Answer or discuss in class the following questions after the bartering activity is completed:

Have students use a Concept Web (links below) to study the tribes of North Dakota and to write characteristics of each tribe in one Concept Web. This activity could be assigned to a small group of students, then each member of the group would become the expert of one tribe. When finished, each member would share the information gathered with the other members of the group. To assess group participation and cooperation, use the Cooperative Group Rubric (link below).

Extension: After placing information on a Concept Web, have the students transfer their information from the Concept Web to either a written narrative or a poem.

Have students debate the following:

For information on debating checkout the Formal Debate Guidelines

In small groups or individually, have students draw a bison on either a bulletin board or on a large sheet of paper (newsprint or paper on a roll would be larger and easier to use). Label each part of the bison and tell how each part was used by the Plains Indians.

Have students create a Plains Indian Glossary with illustrations and definitions that younger children in lower grades can understand. Share this with the younger children or place it in the school library for use by other students.

Have students create a “history box” of one of the North Dakota tribes. Include their history, clothing, food, customs, etc. Share with the class.

Four values that were significant to the Plains Indians were honesty, generosity, bravery, and respect for elders and children. Have students write which value would be the most important to them and why. Another idea would be to rank the four values in order of importance and explain for their choices.

Have students write about why they think the drum is considered a sacred and important instrument to the Native American culture.

When the Garrison Dam was constructed and Lake Sakakawea was formed, Elbowoods and other towns on the Ft. Berthold Reservation flooded. Have students put themselves in the places of the people in these towns who lost their homes, businesses, schools, and the places where they grew up. How would they feel? How would they react? What would they want done to try to make up for their losses?

Have students use a North Dakota map to indicate the location of each of the Indian reservations of North Dakota.

Have students use a map of the United States to trace the migratory path of the Paleo-Indians, Archaic People, Woodland People, and the Plains Village People. Use different colors for each group. Create a legend so the reader can tell where each group began and where they migrated.

Have students use a map of the United States to draw the area where the Plains Indians roamed and lived. Indicate which present-day states and provinces were covered by their presence.

In small groups or individually, have students draw a bison on either a bulletin The following are suggested ideas for teaching about the Medicine Wheel:

Have students brainstorm in small groups while sitting in a circle what things on Earth are in a circle (e.g., tree trunks, stems, moon, sun). Have one group at a one item they listed and make a list for the students to see. Continue adding to the list until all items have been listed. Discuss the significance of the circle, and then have the students write what they learned about the circle and its significance for everyone and everything on Earth

Discuss the following statement in class: “Time is a great circle; there is no beginning, no end. All return again and again, forever.”

Hold a class meeting where everyone is seated around the classroom in a circle. Discuss how the class could work and play in harmony as the Plains Indians tried to do in their daily living.

OPTIONAL: Explain to your students “tipi etiquette” and incorporate it into your class meeting. For more information on Culture of American Indians of North : Homes

Have students listen to several American Indian songs concentrating on the drum beat and the use of other instruments such as the flute. Ask them to listen to the heartbeat of the drum. Ask the students what instruments they have created or could create from things in nature? Then, have the students create one of their own.

Have students create poetry corresponding to the North Dakota Studies unit they are studying:

Triplets (three-line poems). A triplet may be written in the shape of a triangle and can be read by starting at any corner.

ABC Poetry (Start with A and go through the alphabet writing a word for each letter. You may make several sentences, but the information should be about North Dakota.)

Acrostic Poems (The first letters of the line spell out a word that has something to do with the poem.)

Lanterns (Japanese poem that is written in the shape of a Japanese lantern).

Using a large piece of tagboard, have students create a poster board display demonstrating their knowledge of the tribes of North Dakota according to the reservation location (e.g., dwellings, customs, clothing, food, festivals, spirituality, games, etc.).

Have groups of students create a PowerPoint or iMovie slide show on any segment of the Plains Indian culture.

Think, Pair, Share Activity on powwows. This technique may be used for any topic.

Reading books on the topic, or attending a powwow, have each student think of and write down some of the times he/she has gotten together to have fun and celebrate with family, friends, and others (i.e., birthdays, Christmas parties, family reunions). The student will then share thoughts with a partner.

Share ideas by writing them down on a board or poster paper for the entire class to see.

Discuss some of the purposes or activities that all festivals or celebrations have in common (e.g., fun, feasting, dancing, singing, storytelling). By remembering these events, the students’ awareness of their family’s beliefs, customs, and traditions will be revealed.

View a powwow and have the students concentrate on the various types of dances, the regalia , the music played, and the other types of activities observed.

Use a two-circle Venn Diagram to compare and contrast an Indian powwow with a celebration chosen by each student.

Designs, color choices, and arrangement of patterns were used by the Plains Indians to distinguish themselves from other tribes. Glass beads replaced quills after trading with the white man was introduced. Dakota people used a lot of red horizontal lines; Yanktonai Dakota people favored more floral and geometric patterns; the Sisseton and Santee Dakota preferred mainly floral patterns. Yellow was a favorite color used in Mandan, Hidatsa, and Arikara quillwork.

Have small groups of students research a section of Early People (i.e., Paleo-Indians, Archaic People, Woodland People, Plains Nomadic People, Plains Village People) and present their findings to the class in a format of their choice.

Have small groups of students graphically demonstrate their knowledge of the major American Indian tribes of North Dakota (Three Affiliated Tribes, Spirit Lake Nation, Standing Rock Sioux, Sisseton-Wahpeton, or Turtle Mountain Band of Chippewa) through the use of either the Concept Wheel or a Mind Map.

of the American Indians
Homes
Families

Tipi comes from two words: “ti” means to dwell and “pi” means used for. The number of poles for a tipi varied, although the average was about fifteen. These poles were around twenty feet long and weighed fifteen to twenty pounds. Tipis were set up in a “C” shape with the opening facing east.

Have the students use the three-circle Venn Diagram to list the similarities and differences of the three main types of Indian dwellings of North Dakota (tipi, , wigwam) or of the Three Affiliated Tribes (Mandan, Hidatsa, Arikara).

Use a two-circle Venn Diagram to compare and contrast the Woodlands Indians and the Plains Indians.

The vocabulary cards in the Teacher Resource Guide may be enlarged or reprinted on card stock. Laminating the vocabulary cards will make them more durable and long-lasting. Additional vocabulary can be found in the Student Text. These words may be used for reviewing (e.g., Trivia, Jeopardy, or a student-created game board, poster board, etc.). The sky is the limit for the uses of these words! Several suggestions follow.

Have students create their own Winter Count using symbols found at the following sites:

Have the students work with a partner or in a small group to discuss the meaning of any of the quotes given in the American Indians of North Dakota. Share and discuss with the entire class.

These activities are meant to assist teachers in presenting various topics from the American Indians of North Dakota textbook. Reproduction for North Dakota classroom use is allowed. 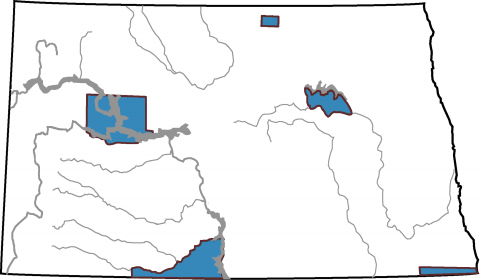 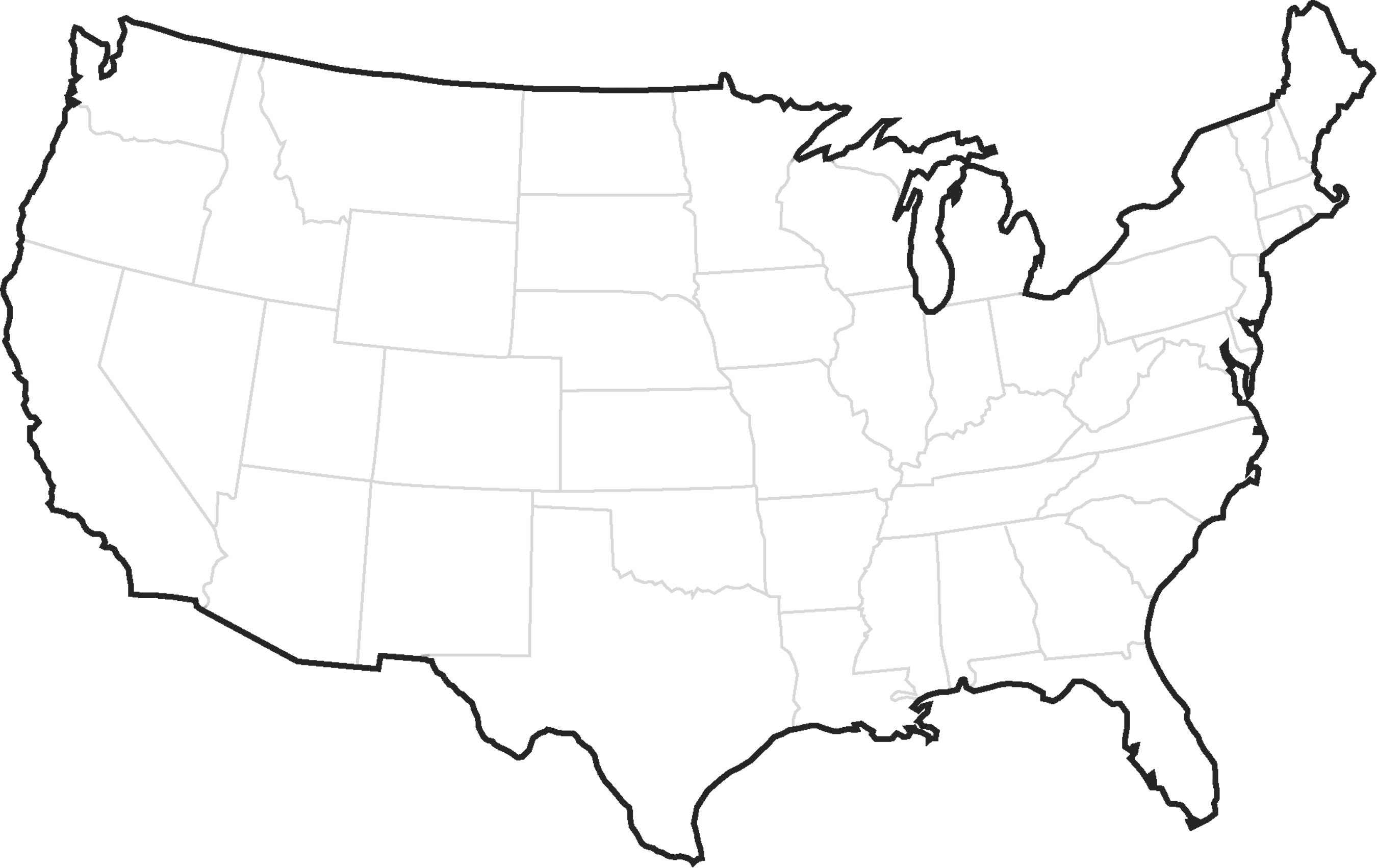 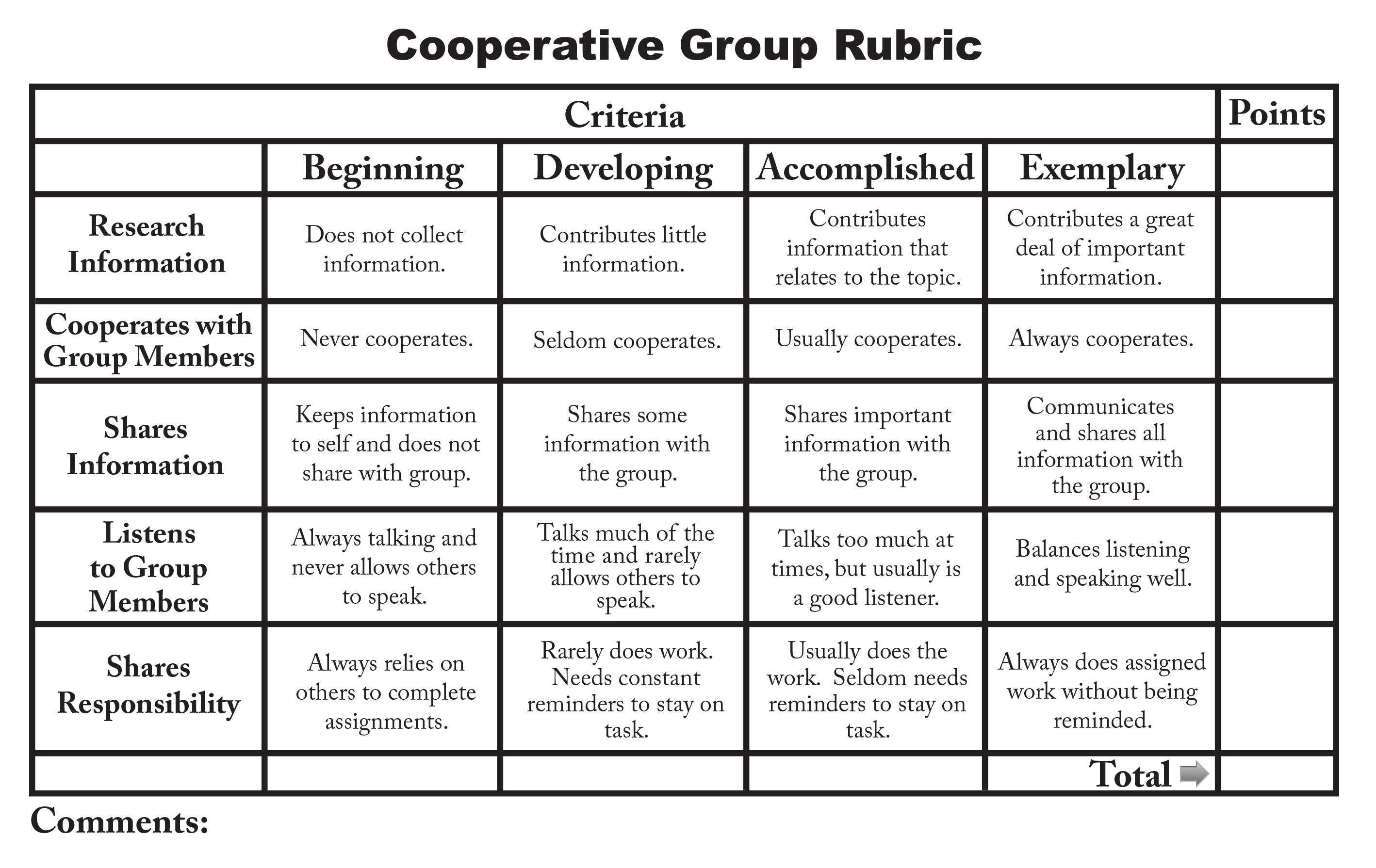 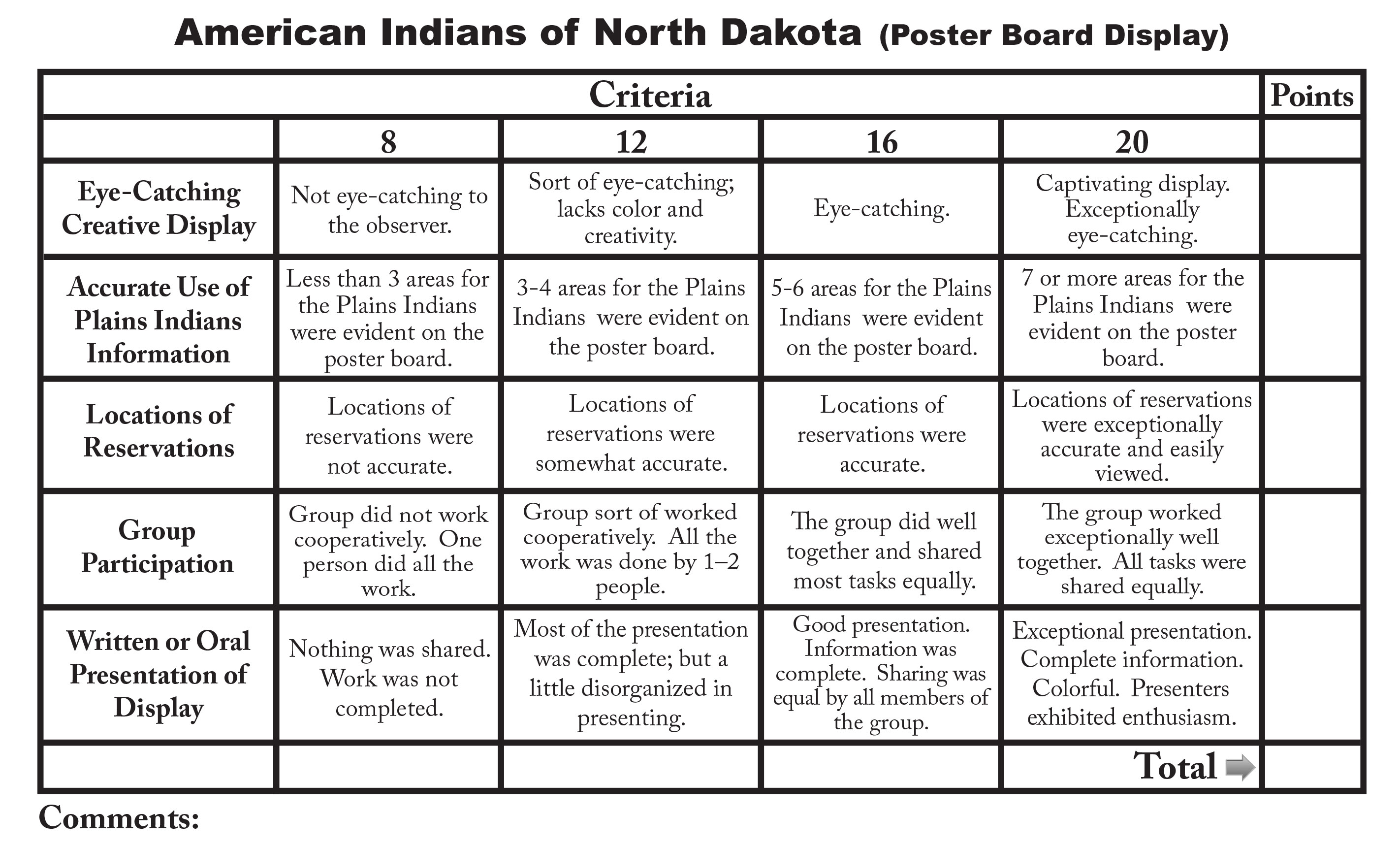 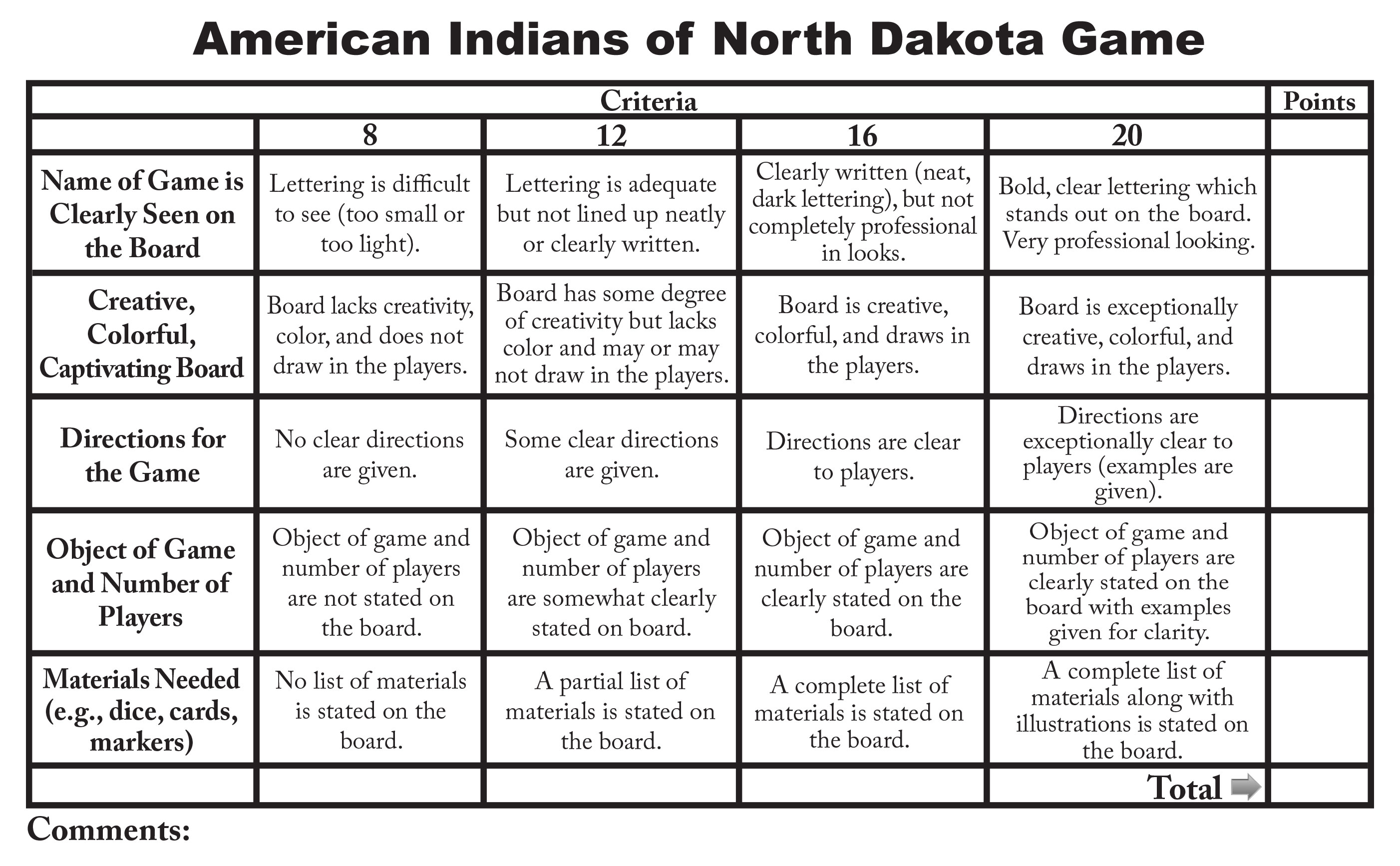 A complete Plains Indians’ Interdisciplinary Unit of Study by Erica Forti geared for first grade; however, there are some great ideas within it!

of the American Indians of North Dakota
Clothing
Language and Education

Several pictures of American Indian beadwork on shirts and other articles of clothing.

Literature for Classroom Use

Goodbird, Edward. 1914. Goodbird the Indian: His Story, Told by Himself to Gilbert L. Wilson. (About a Hidatsa Indian man from Fort Berthold, North Dakota)

Maxidiwiac. 1921. Waheenee: An Indian Girl’s Story: Told by Herself to Gilbert L. Wilson. (About a Hidatsa Indian woman born in 1839 amid a devastated tribe)