In the time of pre-history, people reported on events and spread information by talking and telling stories. For the American Indians, storytelling was a ceremony that made the word sacred. The stories had to be told exactly the same way every time. In this way, information was passed from generation to generation (parents to children, grandchildren, etc.). Passing on information this way is called oral history.

Another way of holding onto memories was by using pictures and other forms of art. Examples are carvings on rocks, pictures on tipis, and “winter counts.” The men did the pictographs, or picture-writing, because they were the keepers of the tribe’s history.

Winter counts were calendars and records of history that were made by many of the Plains tribes. Each winter, a special event from that year would be selected. A picture would be painted on an animal hide or piece of cloth. A storyteller would use this as a memory aid to help in telling the story of the tribe’s past. Being the “Keeper of the Winter Count” was an important responsibility.

A winter count might also be called a pictograph. When groups used pictographs and other forms of written language, information could be saved and spread to more people than could be done by the spoken word alone. A written record of past events is called history. 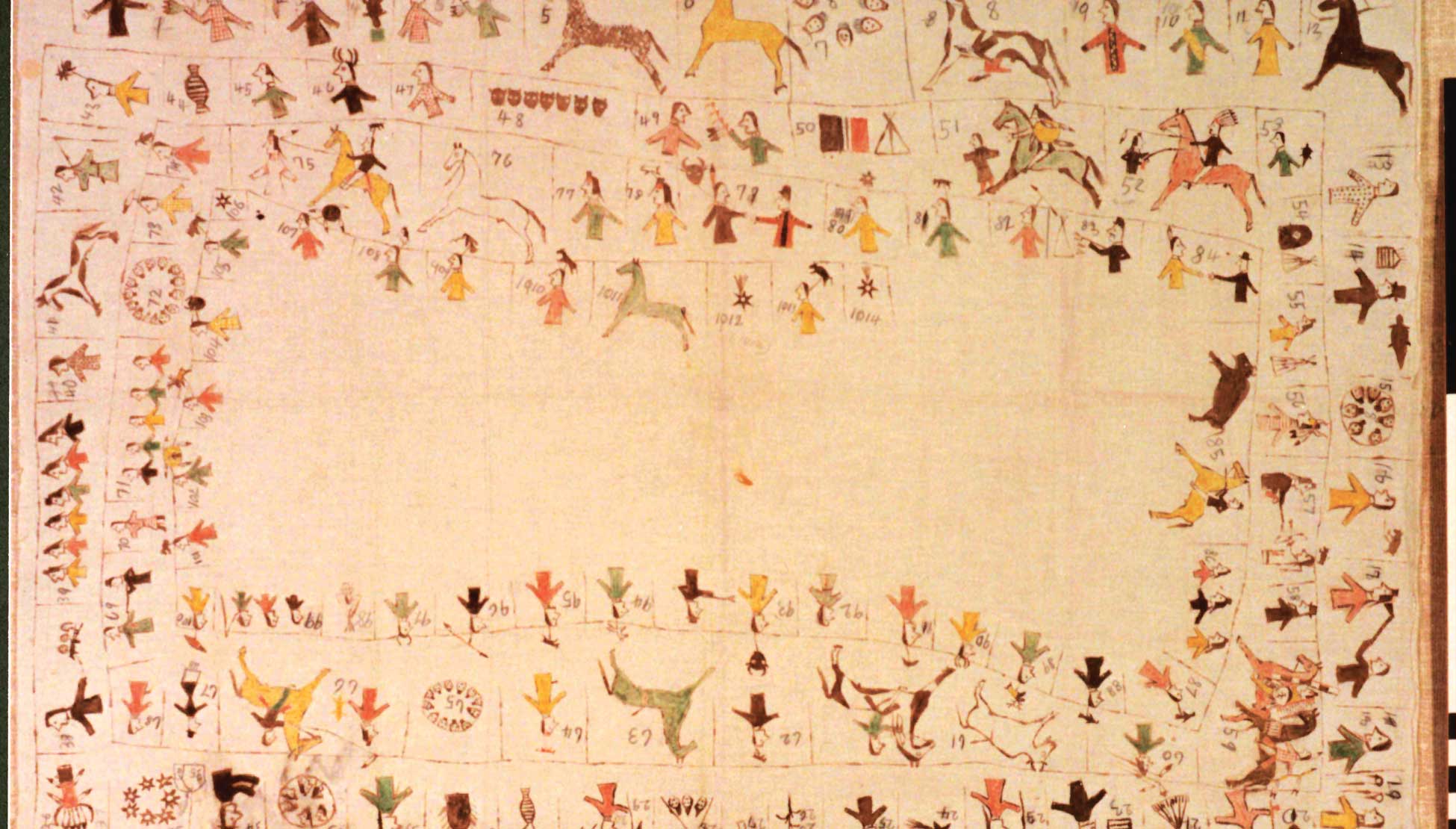