The family was very important, and most households included extended families. An extended family is made up of parents and children, plus other relatives such as grandparents. Aunts and uncles were like second parents to children, and cousins were like brothers and sisters. Families were close-knit, and each person had an important place in the family. The greatest responsibility of a person was to be a good relative. 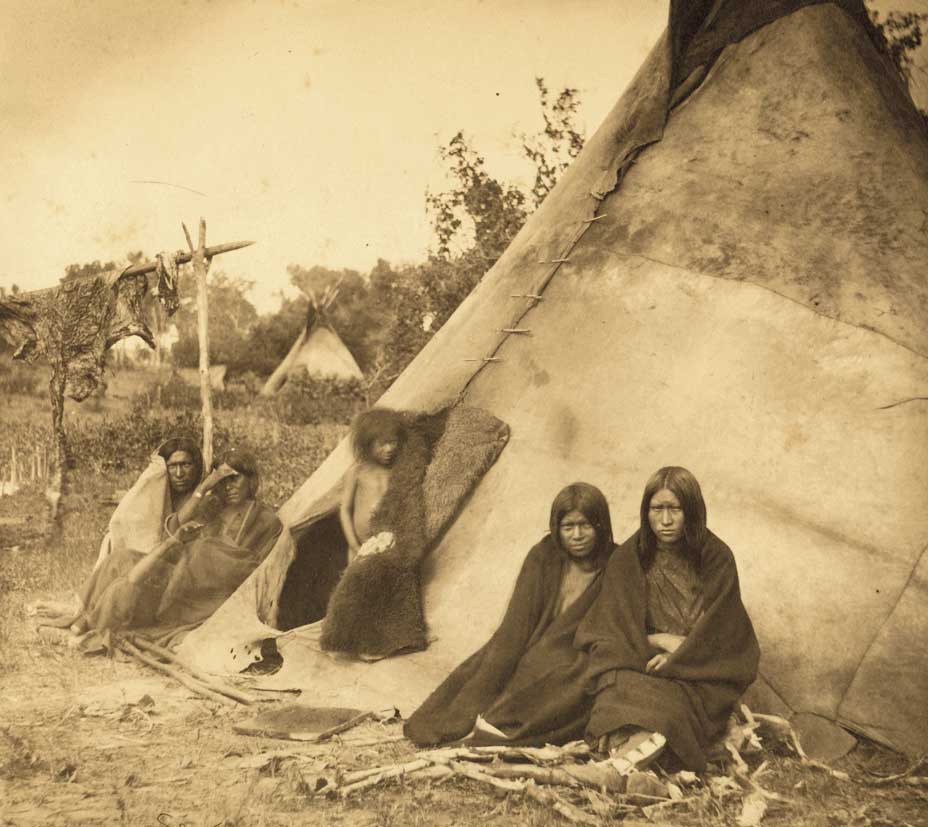 Figure 52. This family poses for a photo next to their tipi home. The tipi is made of tanned bison hides. In the background, notice the meat drying. (SHSND 0014-033)

Dogs were considered valuable additions to the family, and every household had several of them. The dogs were not only pets that the children played with, but they were working animals as well. They pulled or carried goods, and they also helped to protect the family from surprise enemy attacks or other dangers.

Older persons, or elders, were treated with great respect by everybody. Elders had wisdom because of their life experiences, and everyone learned a great deal from them.

The elders were the most respected members of the tribes. Even today, elders are greatly honored.

The women of the tribes were highly regarded because they gave life to the next generation, and they took care of people who were dying. The women usually owned most of the family’s property, and they were responsible for seeing that food, clothing, and shelter were available. They got meat ready for eating and also gathered berries, roots, and other food items that grew wild. In the agricultural tribes, the women were usually the farmers. 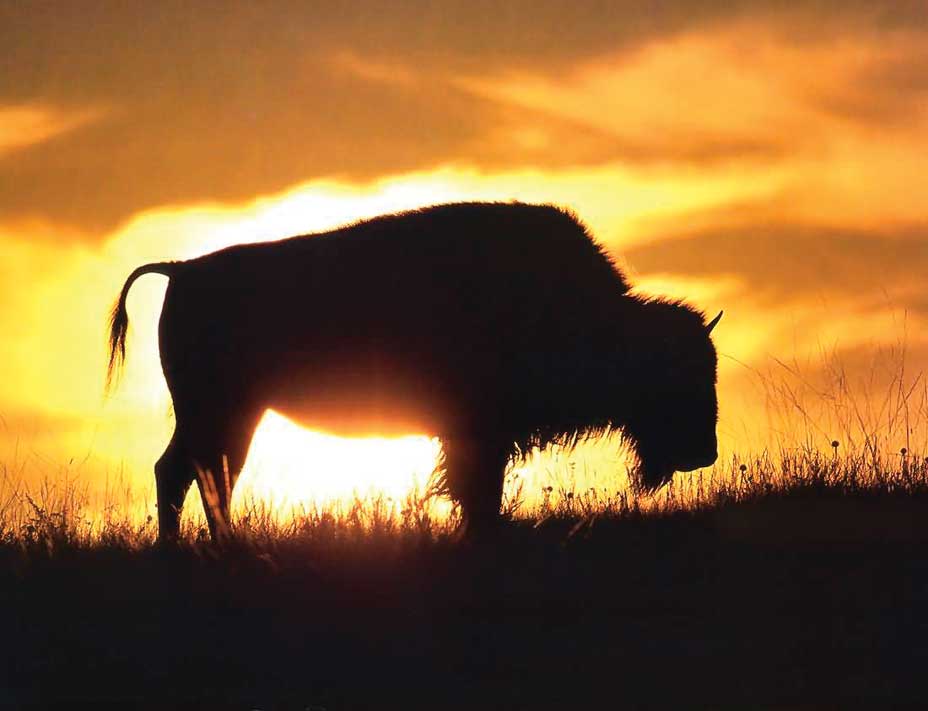 Figure 53. The bison was sacred to the Plains Indians. The bison was also important because it provided food, clothing, and shelter. Sport hunters, railroad workers, bison hide traders, and early homesteaders contributed to the near extinction of the bison. (www.FirstPeople.us) 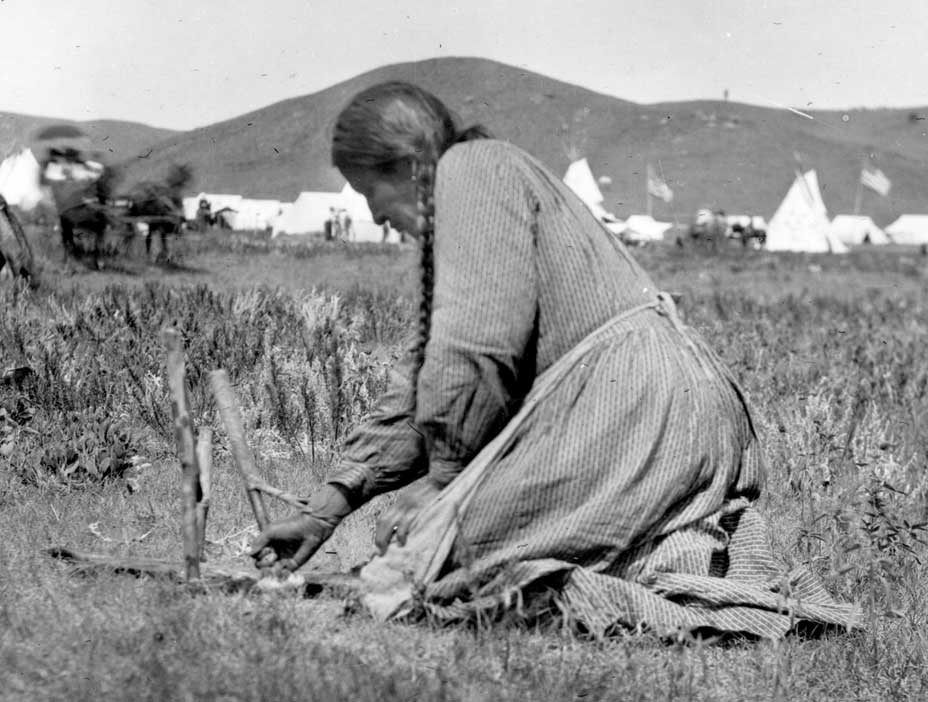 Women made leather by fleshing (removing pieces of flesh) and tanning (preserving) hides, and they made moccasins and clothing from this leather. They would often decorate these articles with dyed (colored) porcupine quills or beads. Sewing and needlework were pastimes that women sometimes did together so that they could visit as they worked.

Men provided meat for their families by hunting or fishing. People who were elderly, sick, or could not hunt for themselves depended on good hunters to provide for them, too. Men were also responsible for looking after the horses.

Men and women traded with other tribes and European traders. 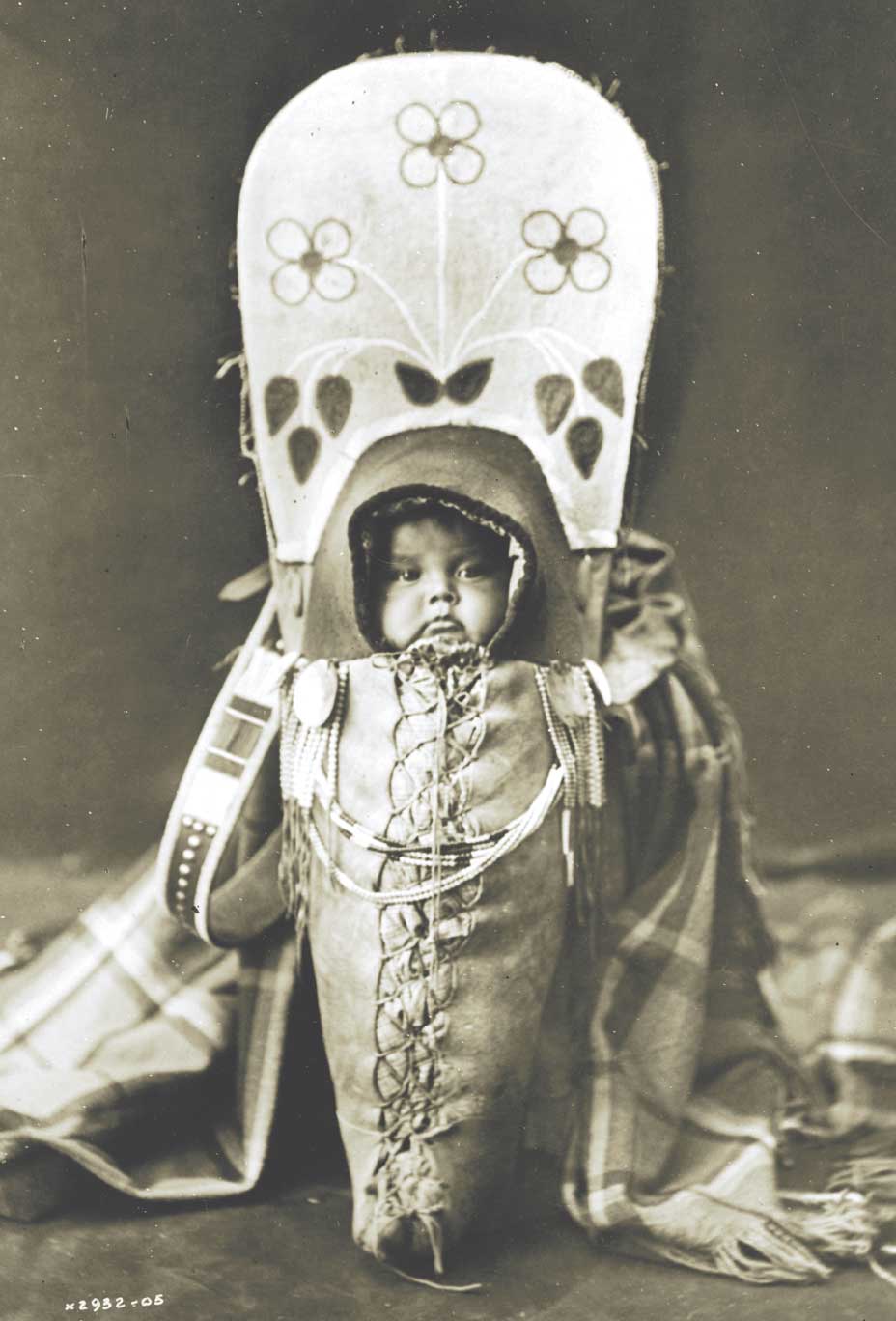 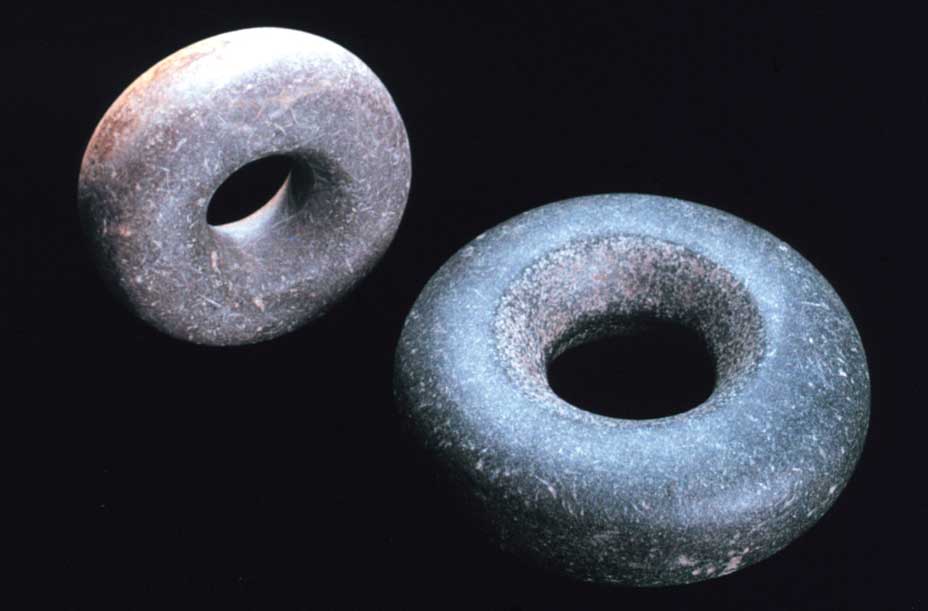 Figure 56. Tchung-kee game stones. Tchung-kee was a popular sport with the Mandan and Hidatsa boys and men. These stones are on exhibit at the Knife River Villages National Historic Site. (ND Geological Survey)

Another responsibility of the men was to make sure their people were protected from enemies. Sometimes warriors were sent out in raids against other tribes to get more horses or other things. A man’s position in his tribe was often affected not only by his bravery as a warrior but also by how generous he was, how he treated others, and how good a leader he was.

Nothing was more precious to a family than its children. The arrival of a new baby was a joyous time for the family. Soon after the baby’s birth, a feast would be held, and the baby would be given his or her childhood name. A newborn baby was wrapped in soft moss that acted as a diaper and provided warmth.

A cradleboard was needed, and these were usually made by the grandparents. Two wooden boards were fastened together by rawhide and lined with soft fur. The baby could then be carried safely on the mother’s back, even when she was riding a horse.

Children had some responsibilities, but they also had plenty of time for playing with their dogs and playing games. They helped with baby-sitting, food gathering, caring for the horses, and other chores. Some of the children’s games were played by boys and girls together, but many games copied adult activities which helped the children learn the customs of their tribe. Boys would play hunting and war games, while girls played games imitating activities carried out by the women. If a boy wanted to play girls’ games, or a girl wanted to play boys’ games, they were not criticized for it. In fact, some men cooked and tanned hides, and some women hunted and rode in battle with the men.

Sometimes, when a boy was becoming a man, he would go out by himself to have a vision. The vision was a message from the Great Spirit (God). After a boy had his vision, he would be given an adult name.

When a girl became a woman, she was not expected to have a vision. Women were thought of as being closer to the Great Spirit anyway because of their power to give life.

Marriages were often arranged by the family, but the woman usually had to agree to the marriage. If a man wanted to marry a woman, his family would often bring gifts to her family. The most valuable gifts were horses. If the marriage was approved, the man would often move into his wife’s home. Because there were more women than men, a man would sometimes marry his wife’s sisters also.