The first people to come to the plains were nomadic hunters who were following herds of bison. Because they needed to move from place to place, it was necessary to have homes that could be set up and taken down quickly. For this reason, tipis (tee-pees) were used. The word “tipi” is a Sioux word that means “dwelling.” The tipi was the main home of the most nomadic tribes such as the Lakota, Dakota, and Nakota Sioux. Tipis were also used on hunting trips by tribes who lived in permanent homes.

A tipi was a cone-shaped tent that was covered with hides. Thirteen or more wooden poles were used for the frame. The frame was then covered with 8 to 20 bison hides, sewn together. A fireplace was located on the floor in the center of the tipi, and an opening in the top let out the smoke. Stones were used to hold the bottoms of the tipis in place, and many of these circles of stones, called tipi rings, have been found on the North Dakota prairie.

The agricultural tribes lived in villages that had more permanent homes. During hunting trips, they used tipis, but their permanent homes were earthlodges. The earthlodge was a dome-shaped home made of logs and covered with willow branches, grass, and earth. The center of each lodge contained a fire pit. A hole in the roof would let out the smoke and also let in light. 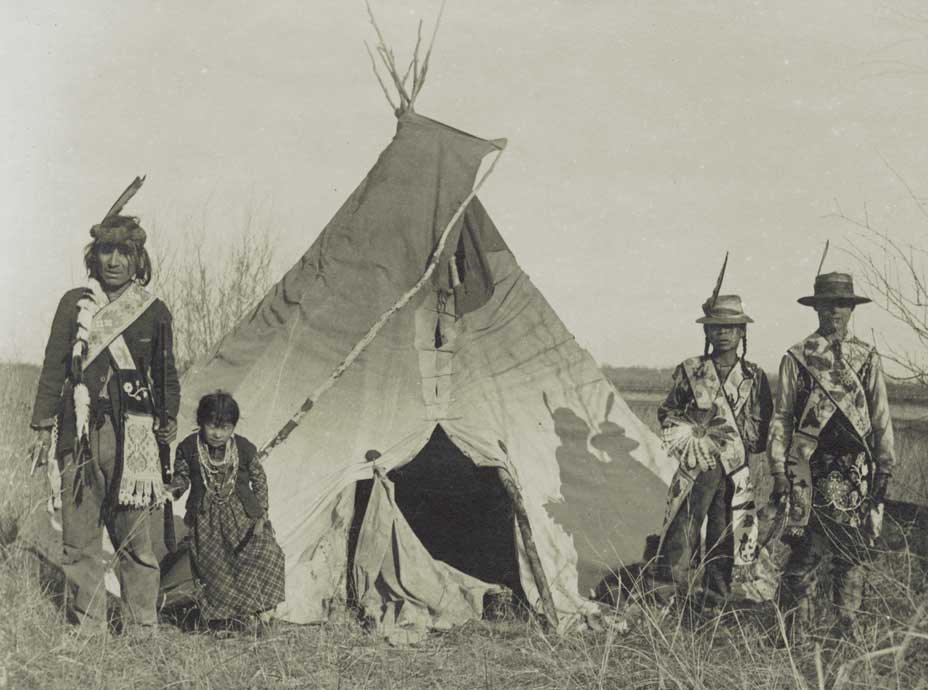 Figure 57. Chippewa family next to their tipi. The tipis were set up by attaching poles to make a frame, which was then covered with bison hides or birch bark. (SHSND A3462)

The earthlodges were placed very close together, so there were no yards for the children and dogs to play. For this reason, they often played on the sloped roofs of the homes. A frame made of willow branches covered the smoke hole so that children and dogs would not fall in. A bullboat could be turned upside down over the hole to keep out rain or snow and also to hold in heat during the winter. Openings around the sides of the boat would still let out the smoke.

The insides of the homes were furnished with beds along the walls for the adults. Beds were covered with furs and skins, and skins could also be used as walls for privacy. 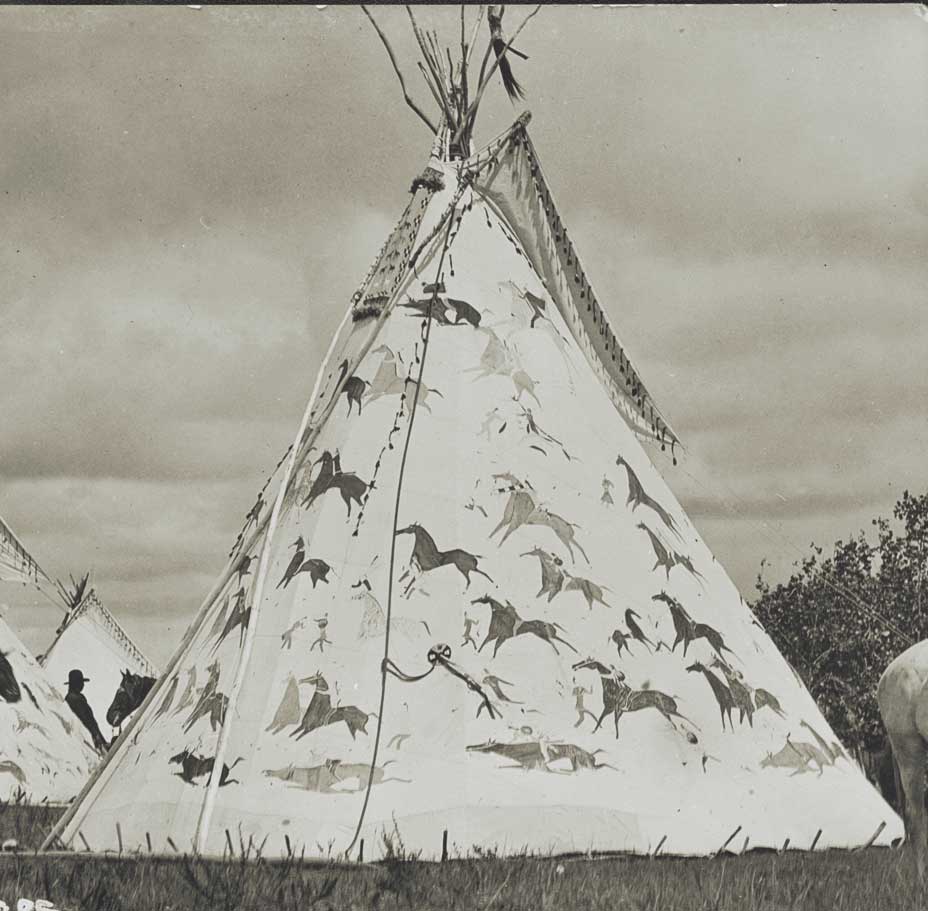 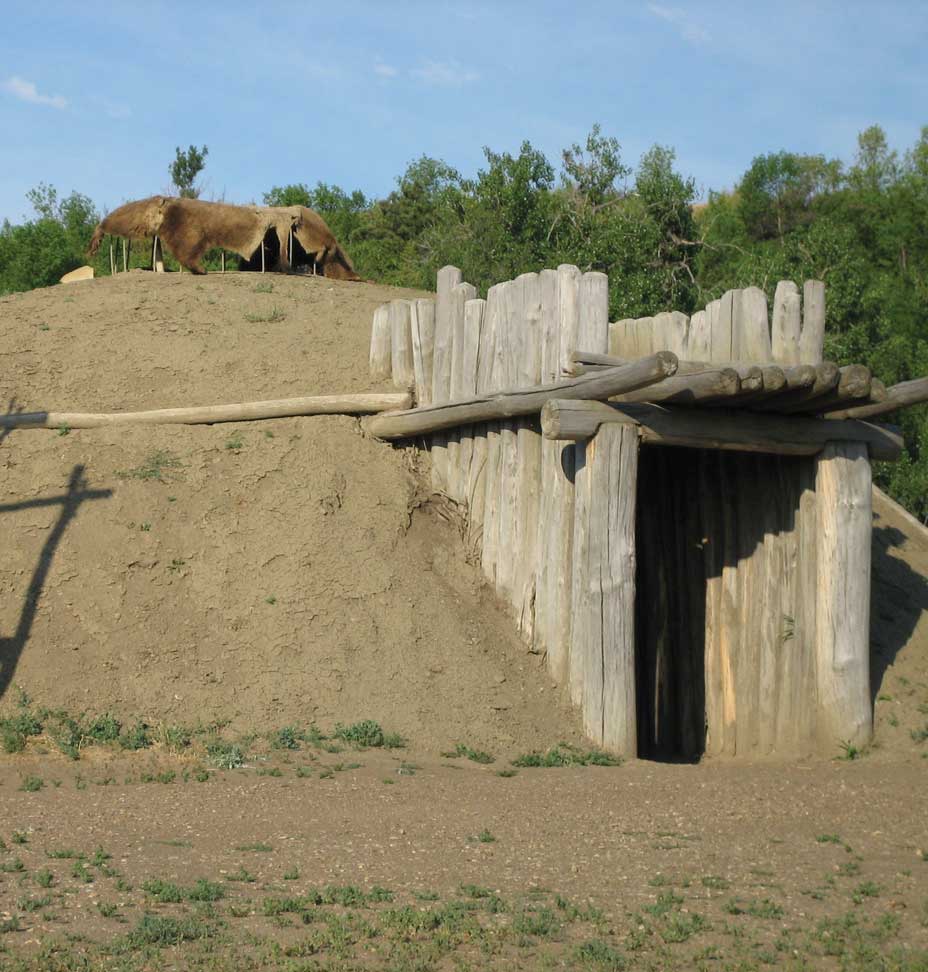 Figure 59. The earthlodge is a domed-shape home made of logs covered with willow branches, grass, and earth. (Neil Howe)

When enemy warriors raided a village, they sometimes tried to kidnap children to take back and raise as part of their own tribe. In order to protect the children from being kidnapped during night raids, the earthlodge had an area farthest from the door where the children and dogs curled up together and slept on the floor. No enemy could get to a child because of the very protective wolf-like dogs.

The earth that covered the lodges made good insulation so that the homes were warm in the winter and cool in the summer. Each home was large enough to hold a family and its supplies. Some homes even had a place where horses could be sheltered during the cold winters. Earthlodges were common homes of the Mandan, Hidatsa, and Arikara tribes.

The wigwam was the main type of home used by tribes such as the Chippewa who came from forest areas. A wigwam was a cone-shaped dwelling made of poles set in the ground and covered with bark from birch trees. A fireplace in the center of the floor provided heat, light, and a place to cook. The peak at the top of the wigwam was left open to let out the smoke. Wigwams were different from tipis in that they were covered with tree bark rather than animal hides. They took longer to build and were not as easy to set up and take down as tipis.