Climate is the average weather that a certain place has over a period of at least 30 years; however, the climate of an area might not change over hundreds of years. Location on the earth, bodies of water, and land features such as mountains, play a major role in determining the type climate an area has. The circulation of air around the world also affects all the climates of the world.

The warmest part of the earth is in the tropics where the sun’s rays shine directly down at noon every day during every season. The weather in the tropics is hot all year long.

Warm air holds moisture, and warm air also rises. As the warm, moist air rises from regions around the equator, it blows toward the poles. The closer an area is to the North Pole or South Pole, the less direct (more slanted) the rays of the sun are, and the colder it is. Cool air is pulled back toward the equator to replace the warm air that has risen into the atmosphere. At the same time, the rotation of the earth causes winds to be turned so that they blow in different directions, depending on the location. Wind is air in motion. In North Dakota, the prevailing winds that bring moisture tend to blow from the west. 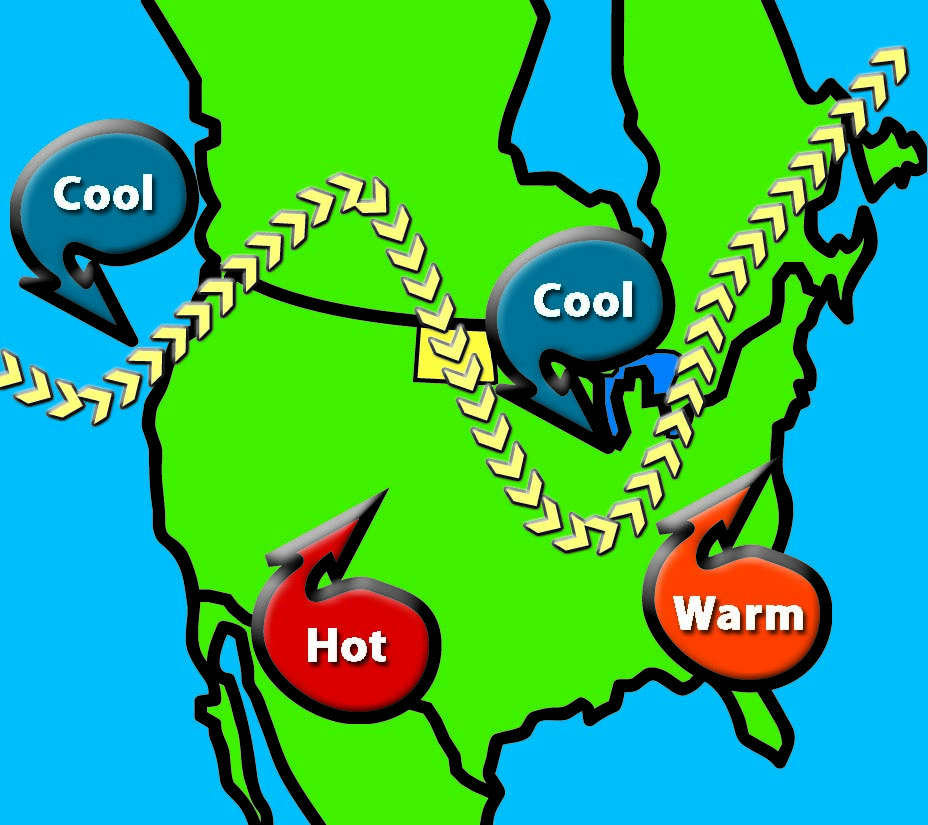 North Dakota ranks in the top three states with the most wind. Wind does not always move in a straight line, but it also moves upward, downward, and sideways. Winds can become violent, as during severe thunderstorms and tornadoes.

About six to eight miles above the earth, there is a fast-moving current of air that affects weather and climate in North Dakota and other areas. This jet stream that flows from west to east can be over 1,000 miles long and over 150 miles wide. It is like a river of air that can move over 250 miles per hour. The jet stream separates cold Arctic air from warm southern air. The farther south the jet stream is, the more cold air is able to move down to the state from the frigid Arctic region. When the jet stream is located farther north over Canada, warm air from the Gulf of Mexico is able to move into the state. This is common during the summer and also during very mild winters. 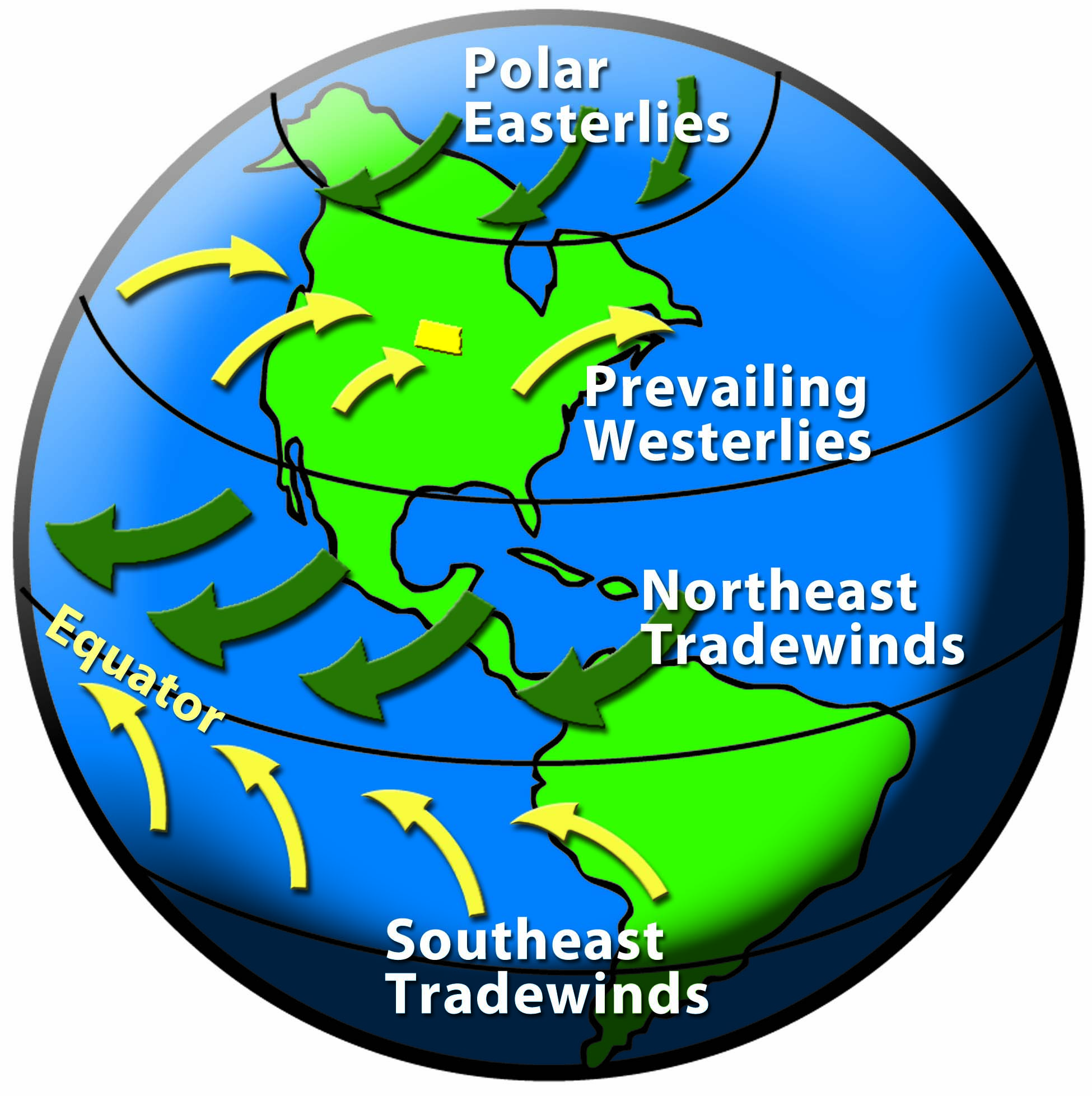 The Rocky Mountains in the western part of North America block the prevailing westerly winds that bring moisture from the Pacific Ocean. For this reason, the temperature and moist air masses from the Pacific are changed to become warmer and drier before they reach North Dakota.

During every season, air masses from the Pacific, Arctic, and Gulf of Mexico enter North Dakota many times, causing rapidly changing weather. When cold air masses and warm air masses collide, they do not mix. The warm air rises over the cool air, creating stormy conditions. 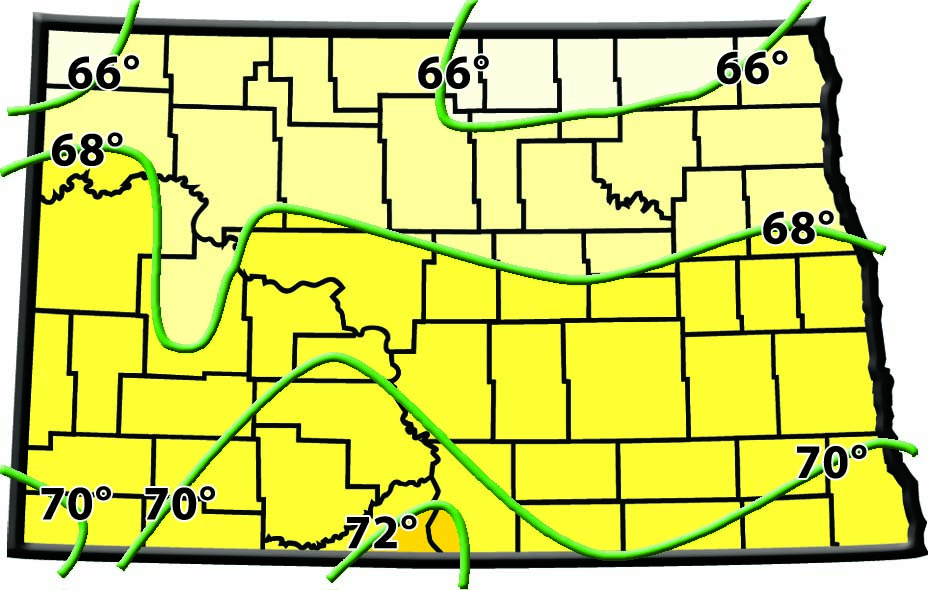 The Red River Valley has more wind than other parts of the state. Temperatures also vary quite a bit from east to west, and especially from northeast to southwest. In northeastern North Dakota, the temperatures are usually much lower than they are in the southwestern part of the state.