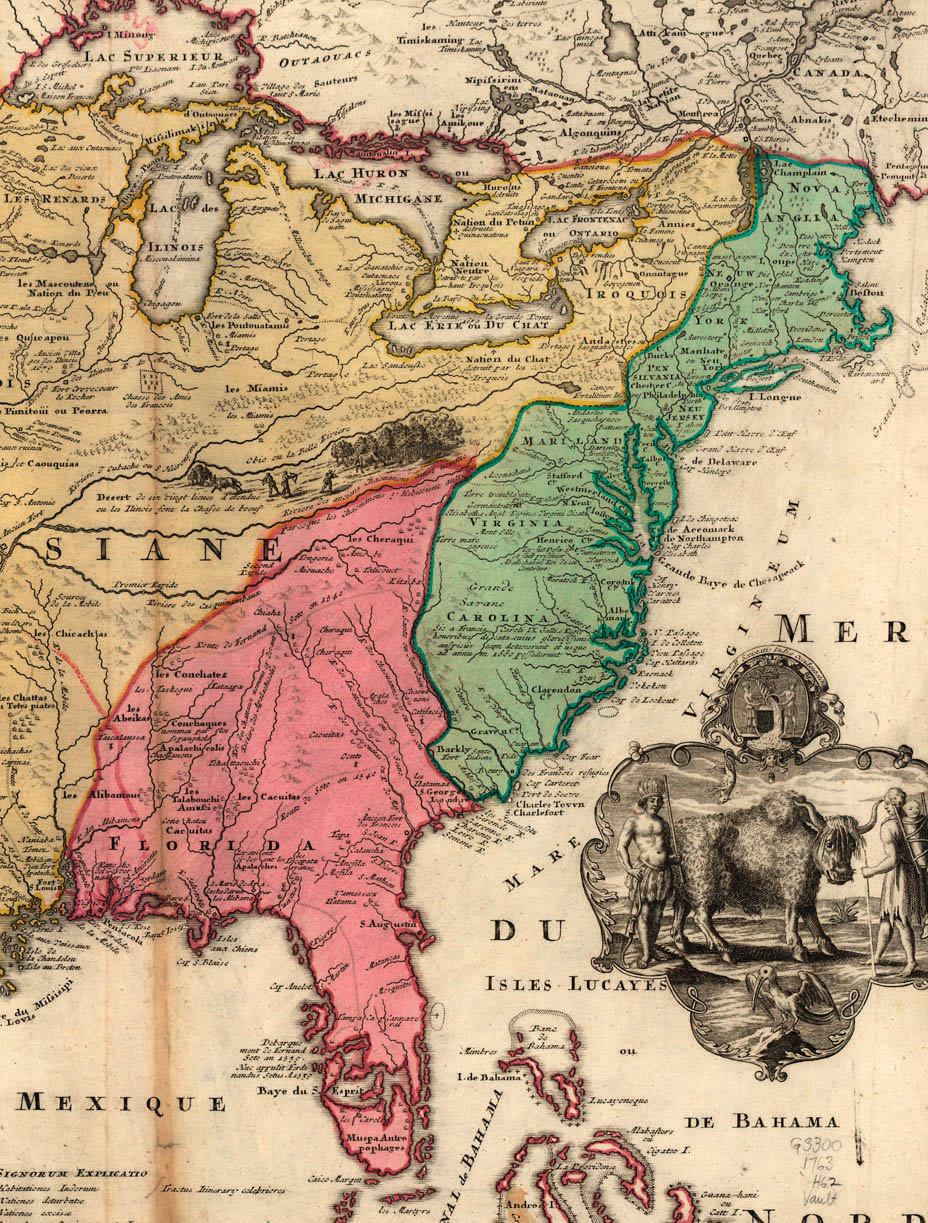 Figure 5. Map of America, about 1763. The British Colonies are shaded green; Spanish Florida is shaded pink French Louisiana is shaded in yellow. (Library of Congress)

It is likely that other adventurers and fur traders journeyed to North Dakota from time to time after the visits by La Vérendrye and his sons, but there are no records of any such visits for about half a century (50 years). The next recorded trip to the area was made by David Thompson over 50 years later.

Great Britain defeated France. These two nations signed the Treaty of 1763. This treaty gave Great Britain possession of all the land drained by rivers that flow into Hudson Bay. This included the Red River of the North and the Mouse (Souris) River and their tributaries. Therefore, eastern and northern North Dakota became part of Great Britain’s empire.

Spain still owned Louisiana including the part of North Dakota drained by the Missouri River and its tributaries. North Dakota was not part of the United States at that time.