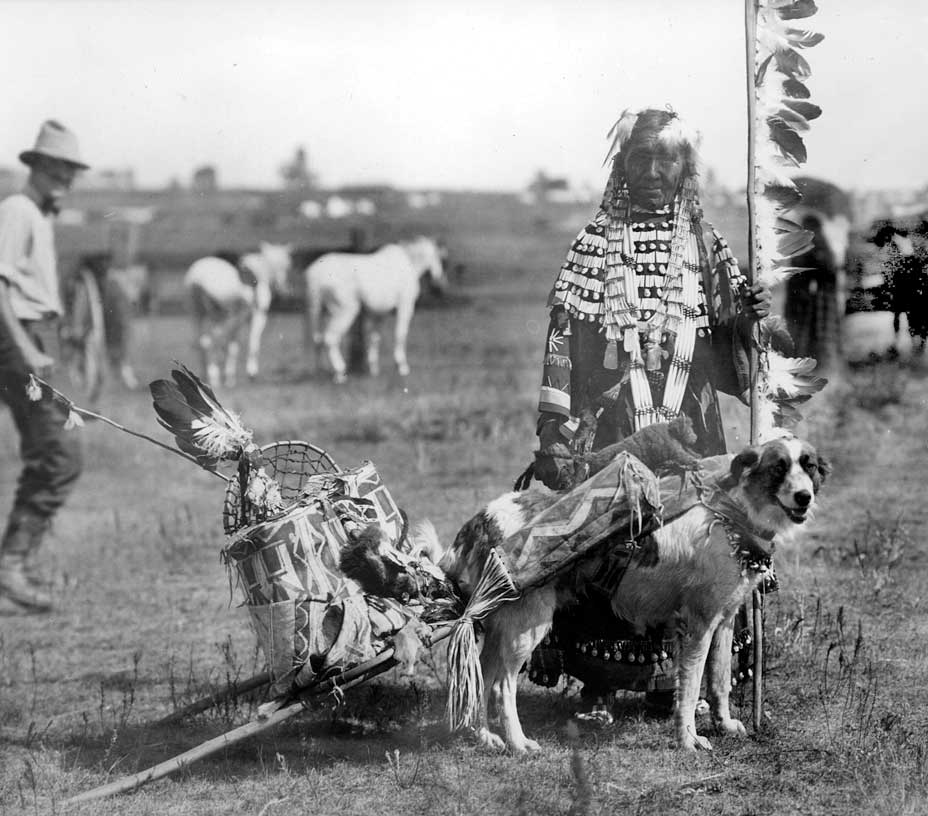 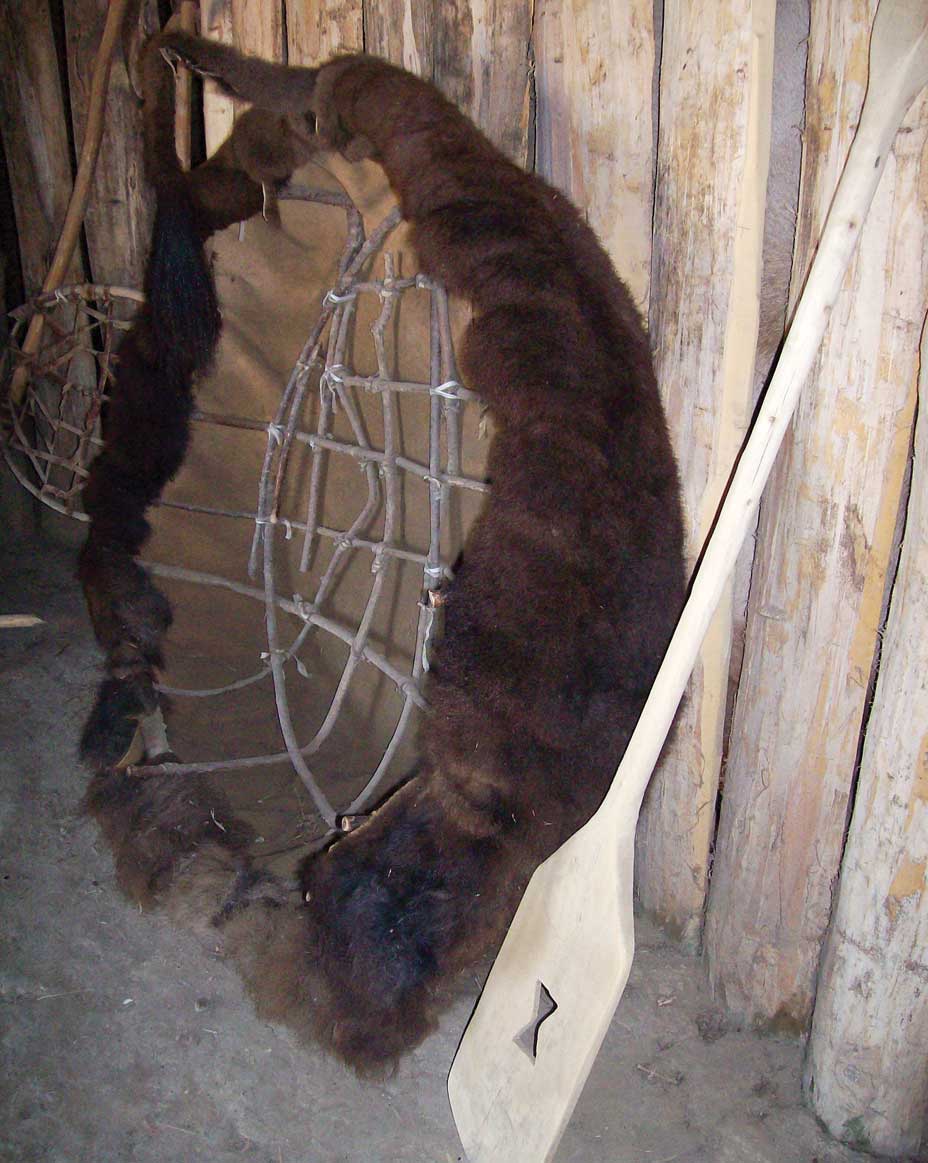 Figure 61. The bullboat was made from the hide of a bison bull. The round bullboat provided a way of transportation for the Mandan, Hidatsa, and Arikara people. (Fort Abraham Lincoln Foundation)

Before the arrival of the horse on the plains, the only means of land transportation was the one that had been used for thousands of years—walking. The first animal that was used to help transport goods was the dog.

Dogs were part wolf and were very strong. A triangle-shaped pole frame was attached to the shoulders of the dog. The other ends of the poles dragged on the ground, and up to 100 pounds of goods could be transported on this frame. This device was called a travois (trav-oy). Travois were used to carry meat from bison hunts, small children, possessions, and other things. The dogs were pets of the family, so they were always well treated.

When the Plains Indians got horses, transportation totally changed. Besides being used for riding, horses replaced dogs to pull travois. The travois used with horses were much larger, so bigger and heavier loads could be transported.

For traveling on the rivers, the Arikara, Mandan, and Hidatsa people used a round, tub-like boat called a bullboat. It was made from a bison bull hide stretched over a willow frame. Bullboats could be carried easily because they were light-weight, but they could transport people or heavy loads in the water. Every family had several of these boats which were made and owned by the women.