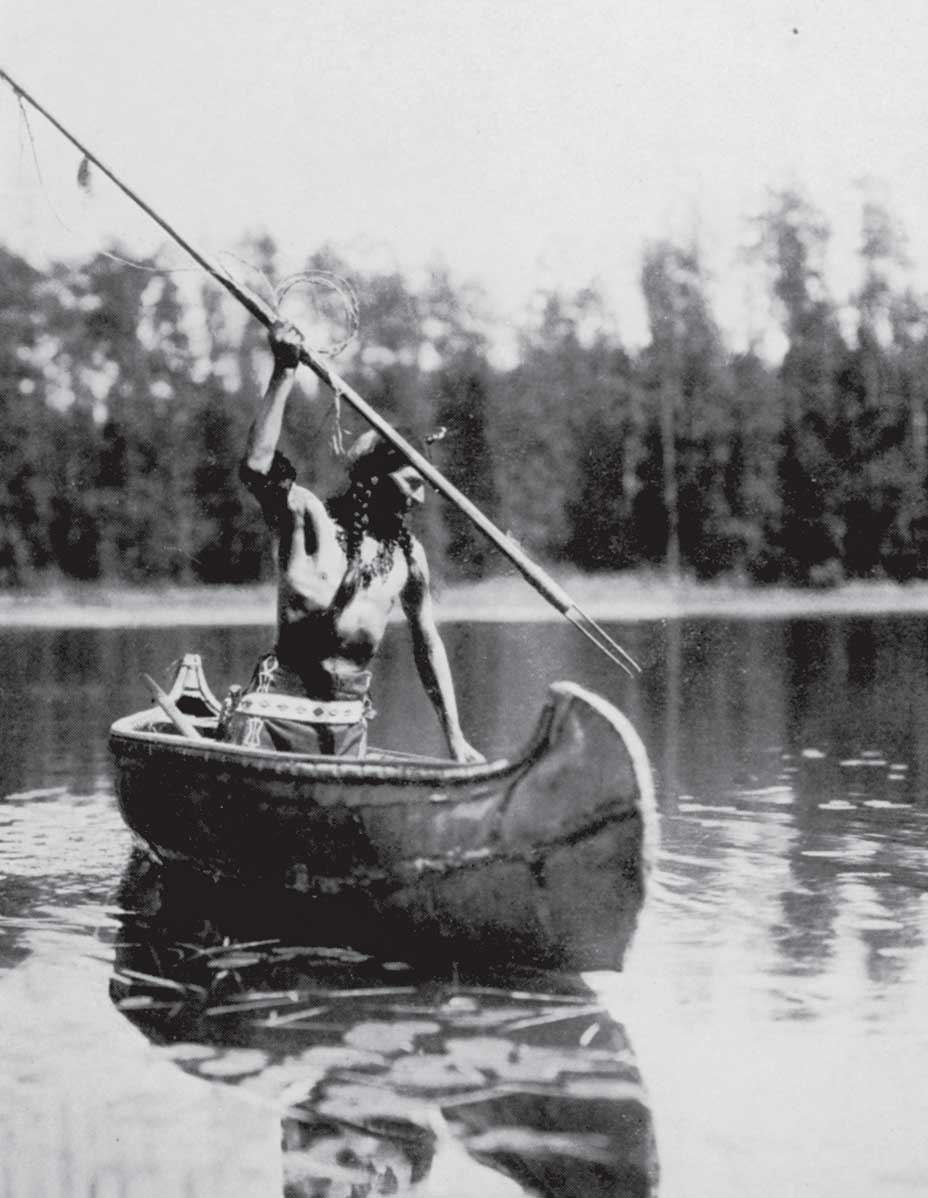 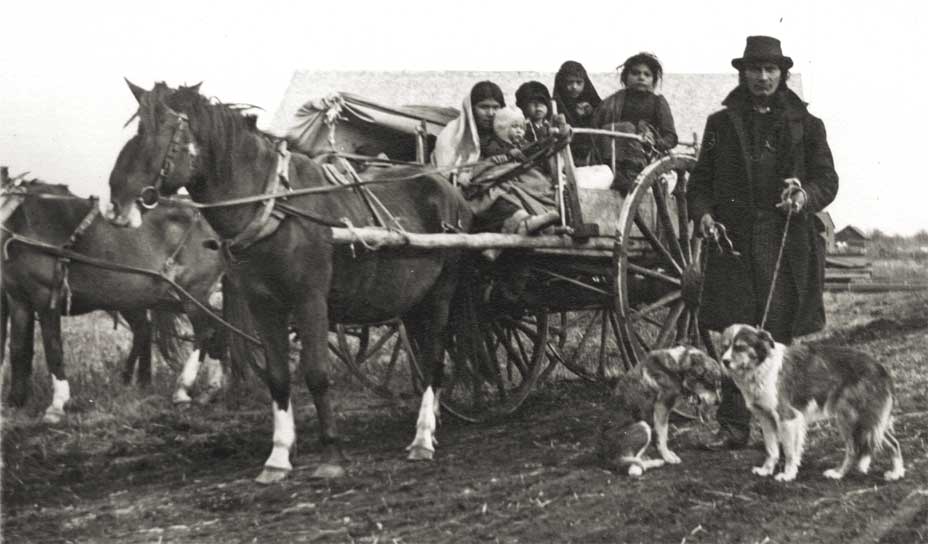 Figure 29. A Chippewa family shown with a Red River cart. Red River carts were equipped with high wheels that traveled well on prairie sod. (SHSND A2472-2) 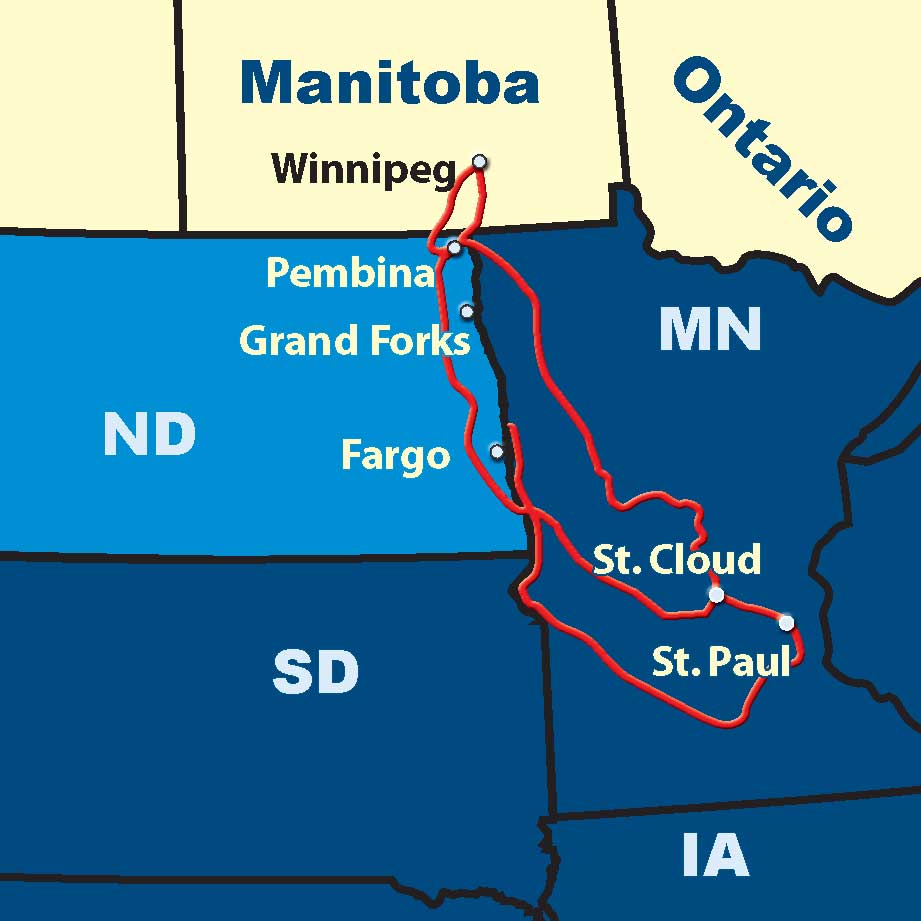 The Chippewa,• Also called 'Ojibwa'
• Came to North Dakota from forests of Wisconsin and Minnesota
• Lived in wigwams
• Fur trappers" or Ojibwa, people came to North Dakota from the forests of Wisconsin and Minnesota. They lived in wigwams most of the time, but during the summers when they hunted bison, they used tipis, which could be set up and taken down quickly.

The Chippewa were good fur trappers and traveled along rivers to trap beaver for trade with Euro-Americans. They used the birch-bark canoe for fishing and traveling on rivers and lakes. These canoes had high ends and sides so that even in rough or choppy water, the water did not come in easily. Birch-bark canoes were very strong, but they were light enough to be carried on land.

The Chippewa Indians organized themselves into groups called “bands,” which were named after the area in which they lived. A main chief led each band, and he was assisted by lesser chiefs. A tribal councilGroup of people in charge made sure the chiefs were carrying out their duties. After the death of the main chief, his son would take over and act as chief for the rest of his life. However, if the chief was not doing his job properly, the council could replace him with someone else.

Each band was divided into “clans,” named after animals, birds, or fish. The clans were made up of several families who seemed like one big family. They would look after each other and help each other out. People were not allowed to marry anyone in their own clan.

Before 1800, groups of Chippewa had come to eastern North Dakota. These people trapped and traded in the Pembina area, so they called themselves the Pembina Band.

After a few years, so much trapping had been done in eastern North Dakota that the population of fur-bearing animals was very low. In order to be successful in their business, the Chippewa needed to move farther west. A group settled in the Turtle Mountains and called themselves the Turtle Mountain Band. In this hilly region of lakes and trees, animals such as fish, beaver, muskrat, and deer were plentiful.

Because the Chippewa had gotten horses in the early 1800s, they were also able to hunt bison successfully. The Chippewa not only continued their commerce at the Pembina trading post, but they could also travel great distances to trade with other tribes. The Chippewa people adapted well from the woodlands to the plains.