On October 31, 1910, shortly after recovering from the first fire, the USS North Dakota entered a gunnery competition with other ships. She placed sixth out of 16 ships in firing at targets between 6,500 and 10,000 yards distant. The winner that year was North Dakota’s sister ship, the USS Delaware. 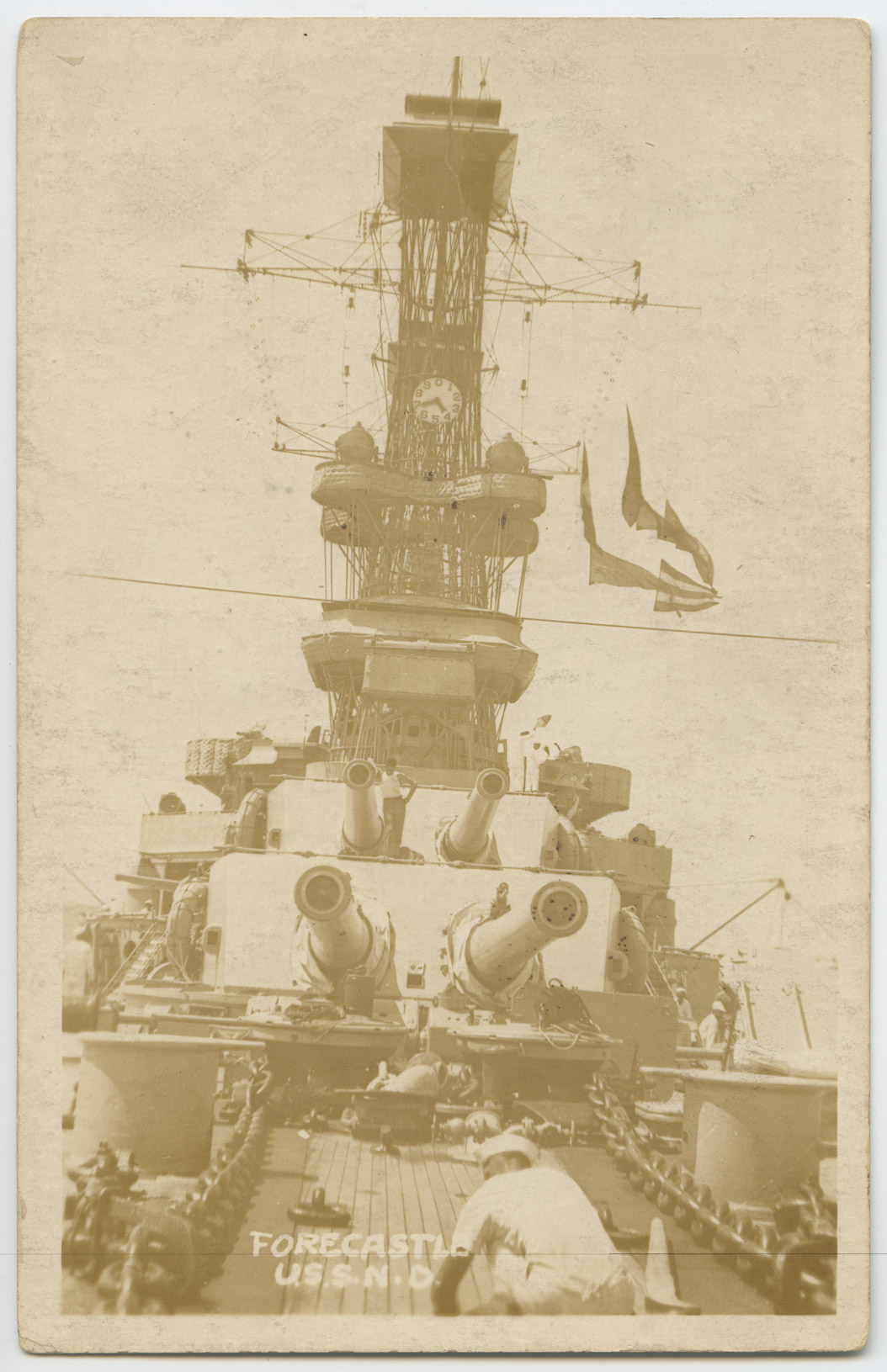 Image 10: Two tiers of 12 inch guns, ten in all, made the North Dakota the most powerful ship in the world when it went to sea in 1910. Men who tracked the accuracy of the shells fired, stood on platforms at the top of the two spider or basket masts. SHSND 2002-P-15-Album2-P22a.

Over the next few years, the men of the North Dakota practiced loading, firing, and hitting the targets. Once considered drudgery, in the modern Navy gunnery practice was considered to be “the greatest game in the world,” according to one officer. The excitement and sense of competition was shared by the enlisted men and the officers.

When a loading crew practiced placing the ammunition in the guns, they were timed by the officer in charge of the gun. The first test with dummy ammunition took 15 seconds; the officer declared the effort “rotten.” They practiced again, reducing the time to 12 seconds. It was still not good enough. The third effort resulted in a time of 10 seconds. The officer praised the men, saying, “Bully, lads – that will do.” 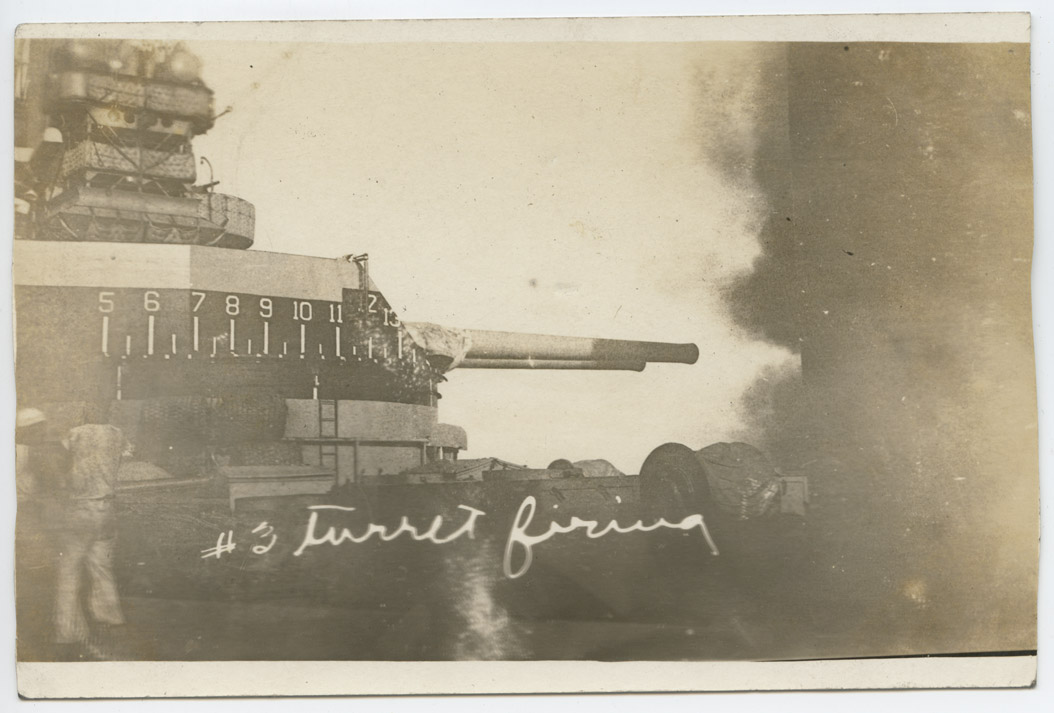 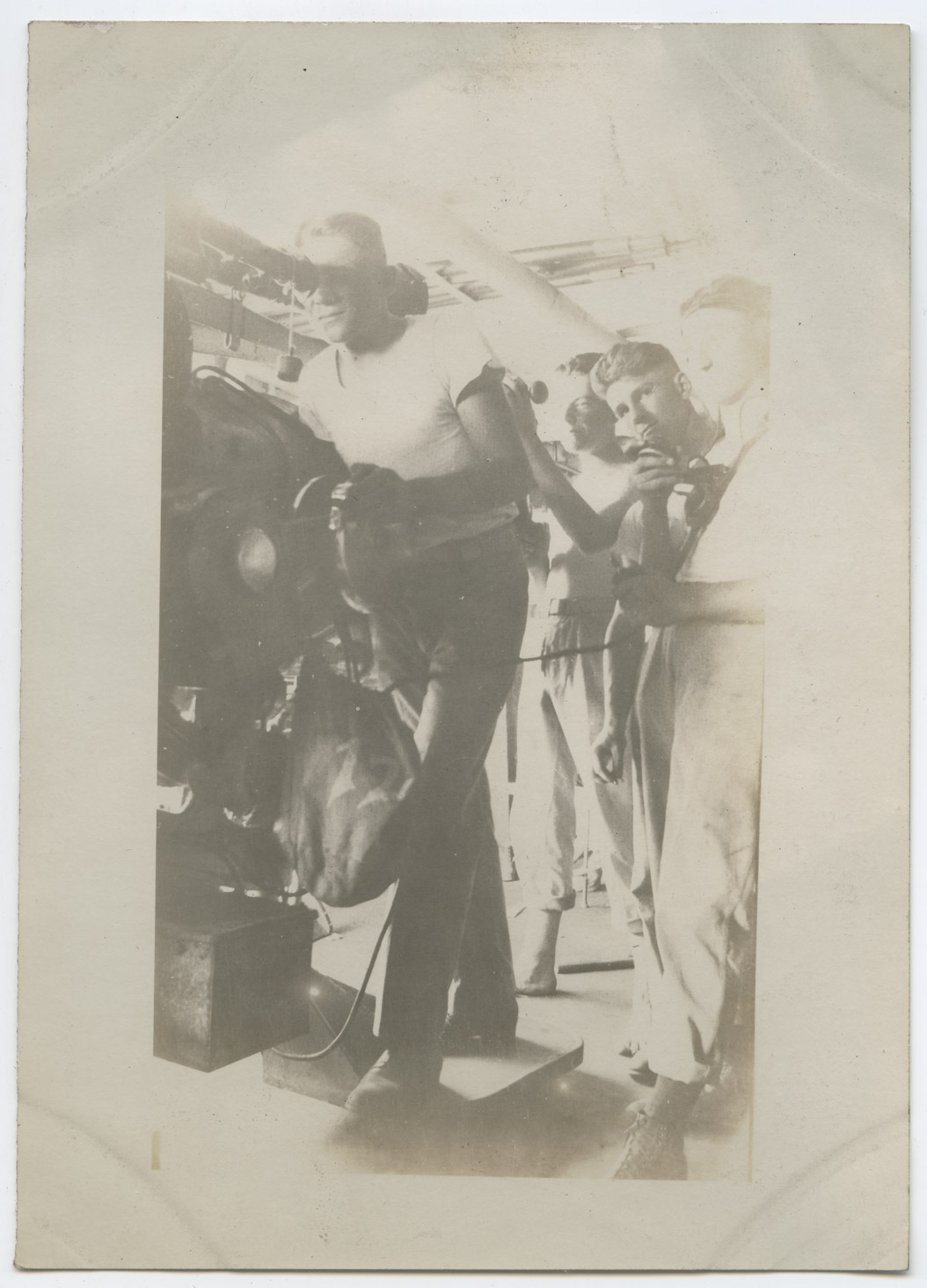 Image 12: One man checks the sights on the guns while the man behind him reports to other members of the gunnery crew through a communications tube. SHSND 2002-P-15-Album1-087.

Gunnery practice took place at night and in daylight. On one occasion during night practice, the ship was shooting at canvas targets. The targets were retrieved and laid on the deck so the holes could be counted. Even the enlisted men who were not assigned to gun duty stayed up late to learn the results. Officers watched, too. To the great “enthusiasm of the ships’ company,” the North Dakota had hit 98 out of 120 rounds, good enough to beat the Delaware’s score of the previous night. (See Image 11)

By 1915, the North Dakota could compete well in the fleet’s gunnery practice. During gunnery practice in January that year, the North Dakota hit 60.518 per cent of her shots – a grand improvement over the 30 percent originally expected of the this type of ship, and a massive improvement over the two to three per cent success rate of the Navy in the Spanish American War.

Practice on the big guns of dreadnoughts such as the North Dakota brought about a spirit of teamwork in the floating community. A magazine reporter who was present when the big guns were fired wrote:

There is a community of interest between the officers and men. The reasons for every order are fully explained, so that the men are thoroughly familiar with the object sought and with the material used. This applies not only to loading and firing the guns but to the whole fire-control and range-finding system, so that when a naval battle is fought, intelligent petty officers may take the place of officers who are killed or disabled. The whole service is working together with one end in view, that of efficiency in battles.

Why is this important? The USS North Dakota was a warship. Her entire reason for being was to prepare for war. Gunnery practice improved the men’s skills in making the ship ready for war and raised a strong sense of brotherhood among the men. The USS North Dakota had been designed to make her guns more efficient in warfare. The guns could fire at a target in almost any direction. When the North Dakota was launched, she was the biggest and most powerful warship in the entire world. Gunnery practice proved the value of the design of the All-Big-Gun ships.