The USS North Dakota was launched on November 10, 1908. About 150 of the most important political and business figures from the state of North Dakota traveled to Quincy, Massachusetts to honor the ship at the ceremony. She had been named for this state following a long-standing tradition of naming ships for each state in the Union. (See Image 1) 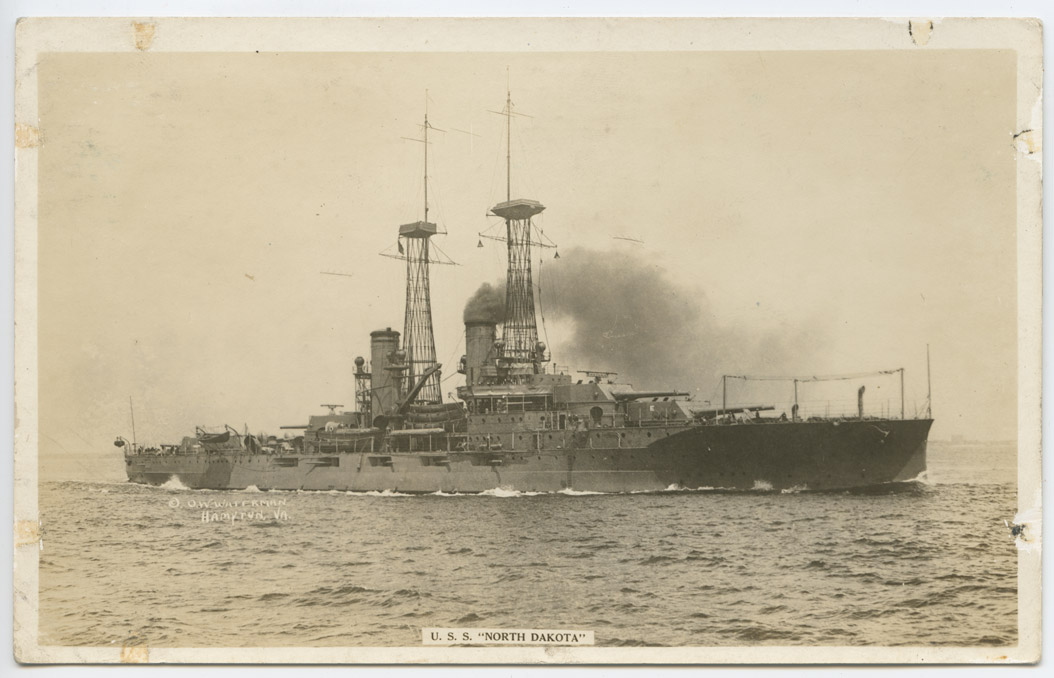 This new dreadnought (pronounced dred-nawt), the first all-big-gun ship in the US Navy, was the biggest, heaviest, and fastest battleship yet built by any navy in the world. Though it was modeled after a British battleship, the design came from an American Navy officer, Commander Homer C. Poundstone. The North Dakota had ten 12- inch guns which could be turned to face the enemy in any direction. The sailors were also trained to repel torpedo attacks and possible attacks from airplanes which were used as military weapons by 1915.

The USS North Dakota was completed and commissioned on April 11, 1910. Over the next thirteen years, she sailed along the east coast of the United States, the Caribbean Sea, the coast of Mexico, to northern Europe, and to Guantanamo Bay, Cuba. She patrolled the east coast from Virginia to Long Island during World War I, and trained midshipmen from the US Naval Academy. She toured ports on the Mediterranean Sea in 1919. Her crew took honors in target practice on the open sea, hitting targets as far as 10 miles away at a rate exceeding 30 per cent. The ship, however, was also troubled by engine breakdowns including a major explosion and fire in September, 1910.

The ship was home to more than 900 officers and enlisted men. The officers, usually educated at the Naval Academy, were leaders who headed up every division of the ship. The enlisted men were the ones who took orders from the officers. Most had enlisted for four years, but some would spend their entire careers in the Navy. (See Image 2) 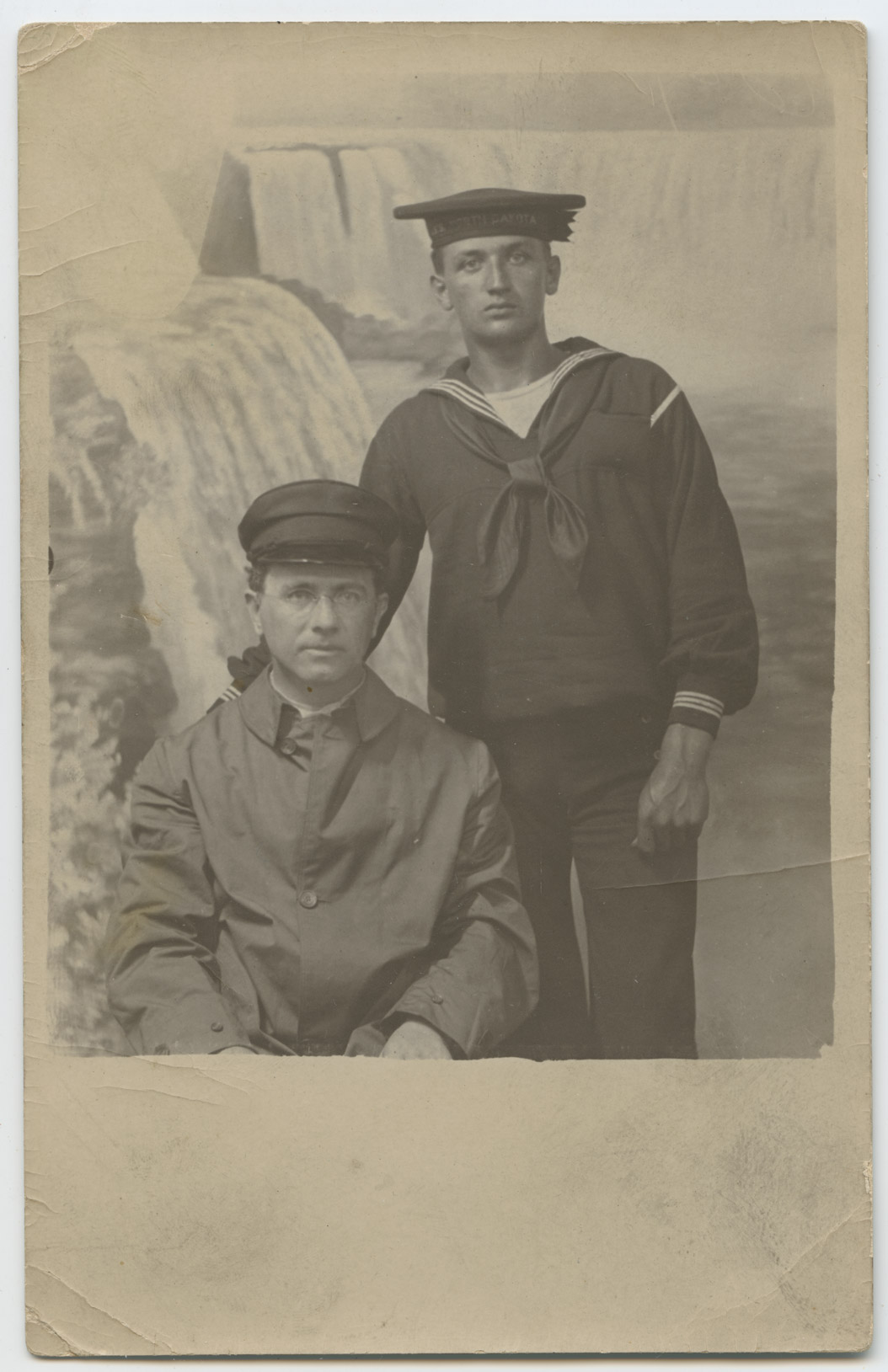 With so many men on board, the ship became a small city at sea. All of the personal needs of the men had to be met on board, and the ship’s work had to be completed in an orderly and timely manner. Very few letters or other documents remain from the men who served on the USS North Dakota, but there are many small pieces of evidence, or incomplete pieces of information, that help us understand how the men went about their work, how they spent their leisure time, and what it was like to live aboard a large and powerful battleship. The evidence about life on the ship mostly comes from newspaper articles published while the ship was active; other evidence can be seen in photographs or a few documents that were produced on the ship.

The USS North Dakota never saw combat. The shipThe U.S. Navy commissioned a Virginia-class submarine on October 25, 2014 named the USS North Dakota. This is the first ship named for our state since the dreadnought was launched in 1908. Read more about the USS North Dakota at http://www.navy.mil/submit/display.asp?story_id=84072 was taken out of service in 1923 to satisfy the requirements of the Washington Naval Arms Limitation Treaty which officially ended the naval arms race of the early twentieth century. In 1931, the ship was taken apart for scrap, but we can still study her history and discover what life was like in a floating community.

Why is this important? The ship that bears our state’s name has an important role in naval history. Because of its experimental construction it helped the Navy find better ways to modernize warships. The community of men who lived on board the USS North Dakota formed a community that was a small version, or a microcosm, of American society at that time. If we study the ship’s community, we can learn a lot about life in the United States in 1915.