Section 6: The School as Social Center

Schools in rural communities and small towns provided more than education. The schools were a social center where the community gathered for programs, for club meetings, and other social events.

School programs were well-attended, especially for Christmas and patriotic days such as George Washington’s birthday. Christmas programs gave every child a chance to perform. For parents, the Christmas program offered an opportunity to show the community how bright and capable their child was. Bad weather did not disrupt Christmas programs. If necessary, people would spend the night at the school to wait out the storm. (See Image 12.)

Spelling bees, or “spell-downs,” were popular with both students and adults. An adult could claim a certain social advantage to being the community’s top speller. 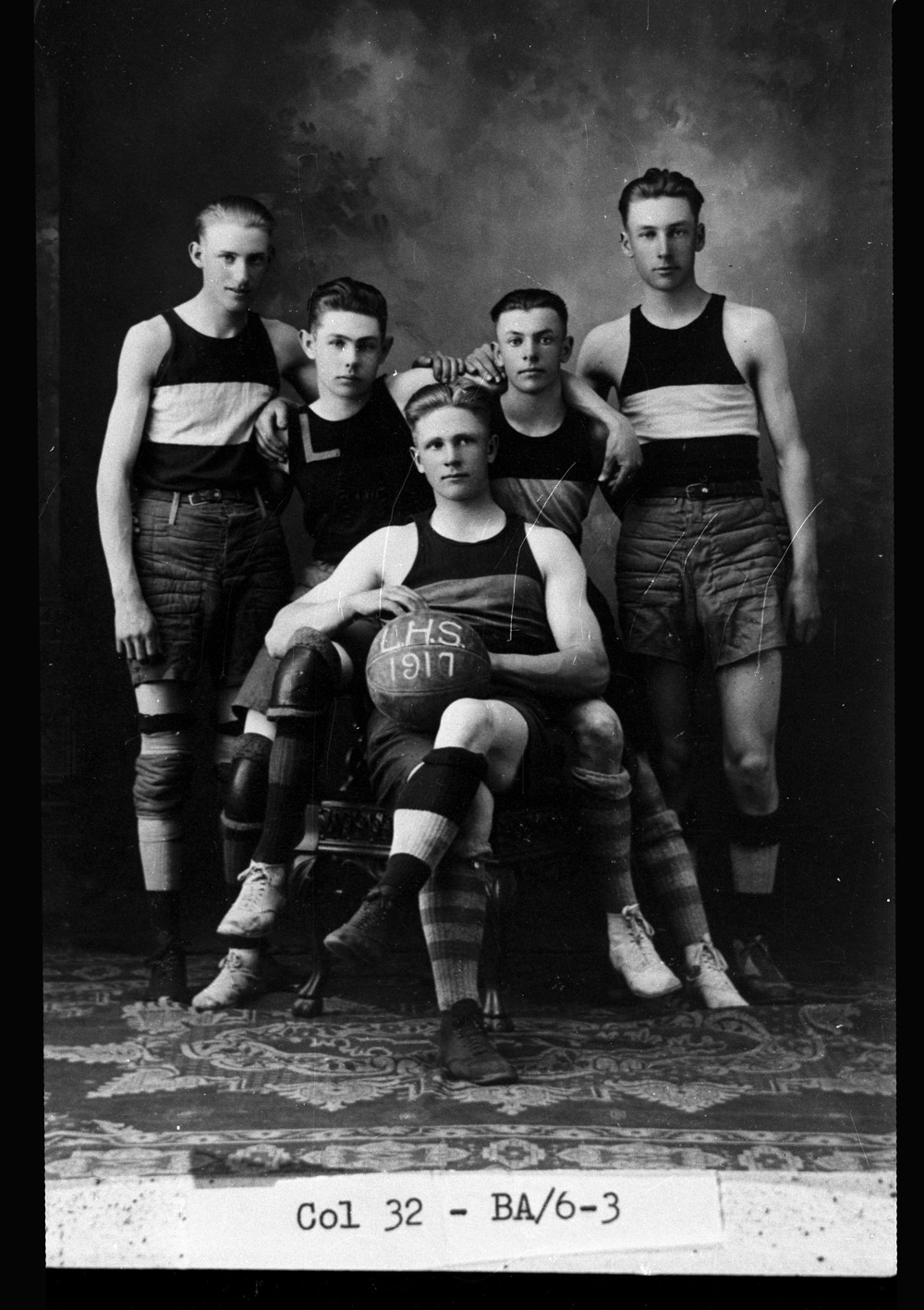 Image 12: Only the larger towns had high schools before 1920. These boys play on the high school basketball team at Litchville in 1917. Basketball was a popular high school sport for both boys and girls and the entire community. SHSND 0032-BA-06-03.

In many communities, elections were held in the school house. Though people came and went throughout the day, there was usually some time for visiting on election day.

Often, schools served as the site for social activities that did not involve the school children. In 1913, the students of Mountrail County teacher Margaret Sheeley presented a program on farming. After the program, 15 people formed the Farmers’ Industrial Club. The club met twice a month in the school house during the winter. The group grew to thirty members. They studied corn growing and decided they would all plant Northwestern Dent Corn the following spring. Together, the members of the club formed a “milk ring.” The milk ring could exchange seeds, buy and sell grain and hay, and purchase milk testing equipment. The Farmer’s Industrial Club also bought a pure-bred stallion that could be used for horse-breeding by any club member to improve the quality of his horses.

Debate clubs also met in school houses. These monthly meetings were well-attended and resulted in vigorous debates about topics such as “Resolved: the soldier serves his country more than a farmer,” or “Resolved: the farmer is more important than the capitalist.”  Sometimes the debate clubs took up a topic of current interest such as women’s right to vote.

While Play Day was meant for school children, it was also a fun day for adults.  The social events that went along with Play Day often included popular box socials where unmarried men bid on a lunches prepared by unmarried women. The winner of the bid usually got to eat the lunch with the woman who made it.

Since the school was usually the only public building, it could be used for almost any public purpose. In many communities, the school was the location of evening adult classes in civics and English language.

Why is this important? School programs brought a community together. At school programs or non-school meetings, members of a community met and talked about political issues, farming concerns, and social issues such as who was getting married.

School programs raised interest in the schools and encouraged people to support education. Parents who might have been reluctant to send their children to school, had a different view of schools through social events.

Because the school building was often the only building in the community that could hold a great number of people, the building became a social center that was used for almost any event that required space for ten or more people.