Margaret Kottke was just seven years old when she died. Margaret was born before her mother, Anna, married. Later, Anna married Arthur Kottke and started a family with him. Margaret was no longer welcome in their home. Margaret was sent to live and work with the Zimmerman family where she died of neglect. Later, Anna and Arthur Kottke’s children were taken from the home because they had been mistreated. Several months after Margaret’s death, the children had not been returned to them. Only a baby of 16 months remained in the Kottke’s home. 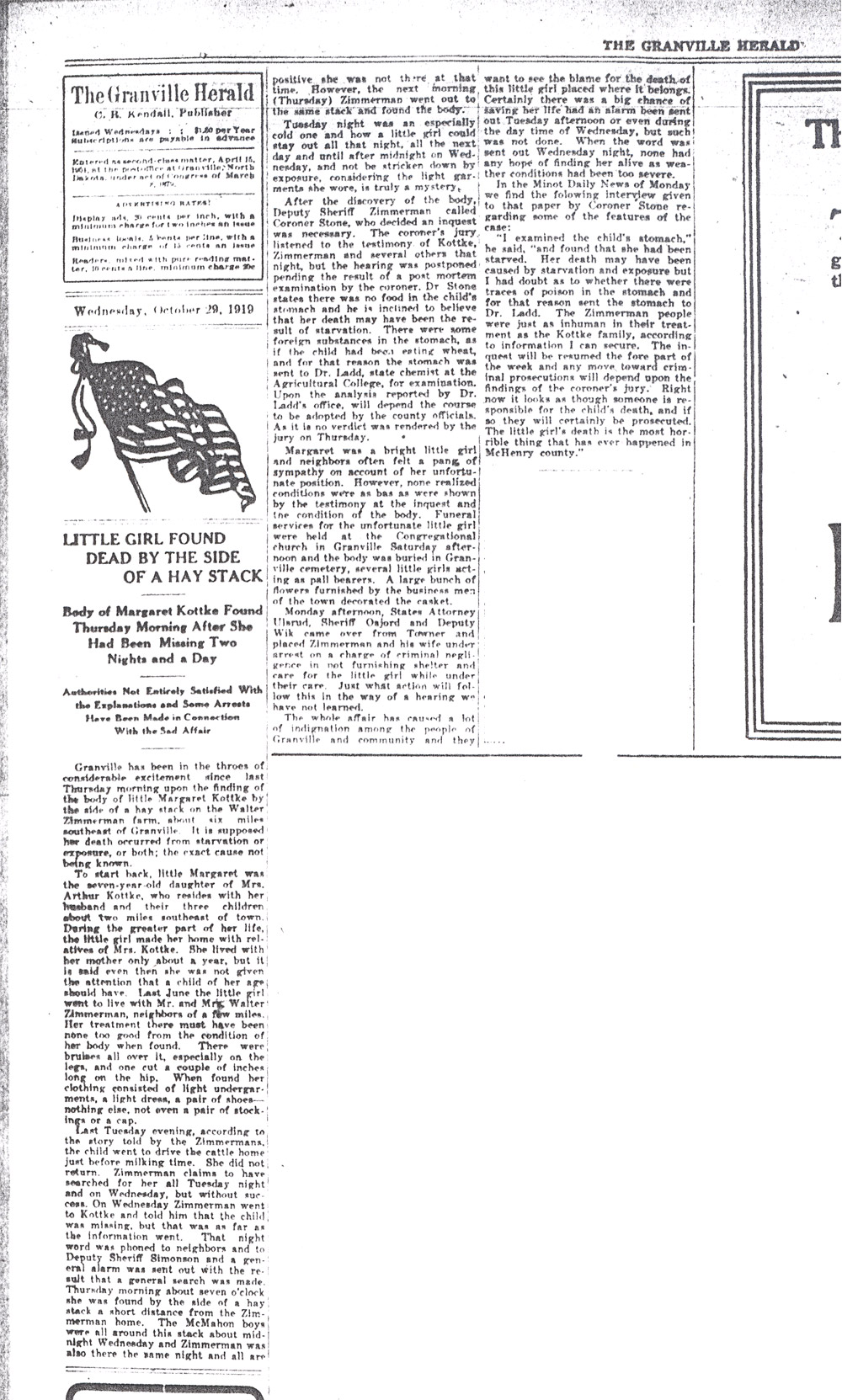