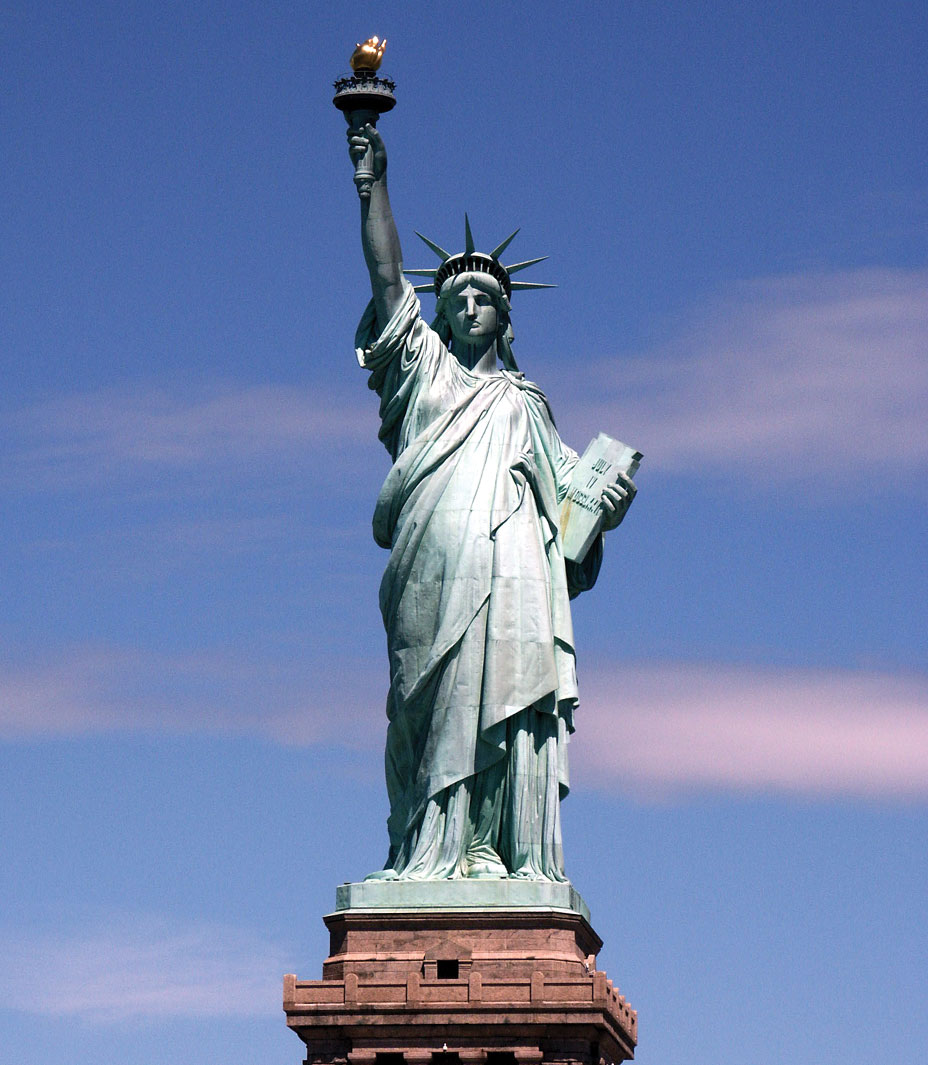 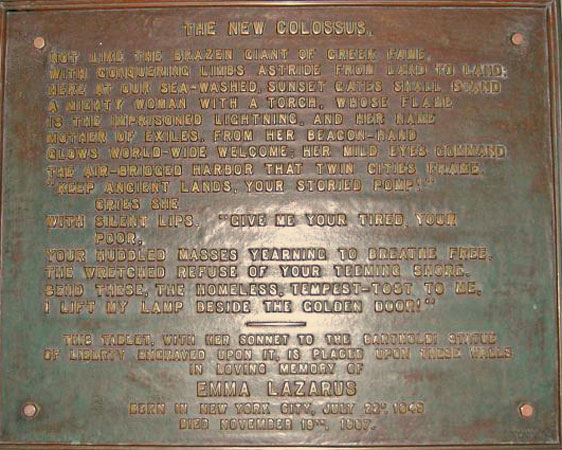 Give me your tired, your poor,

The wretched refuse of your teeming shore.

Send these, the homeless, tempest‑tossed, to me:

I lift my lamp beside the golden door.

(from the New Colossus, by Emma Lazarus, inscribed at the base of the Statue of Liberty)