What is Wind Power?

What wind power is: 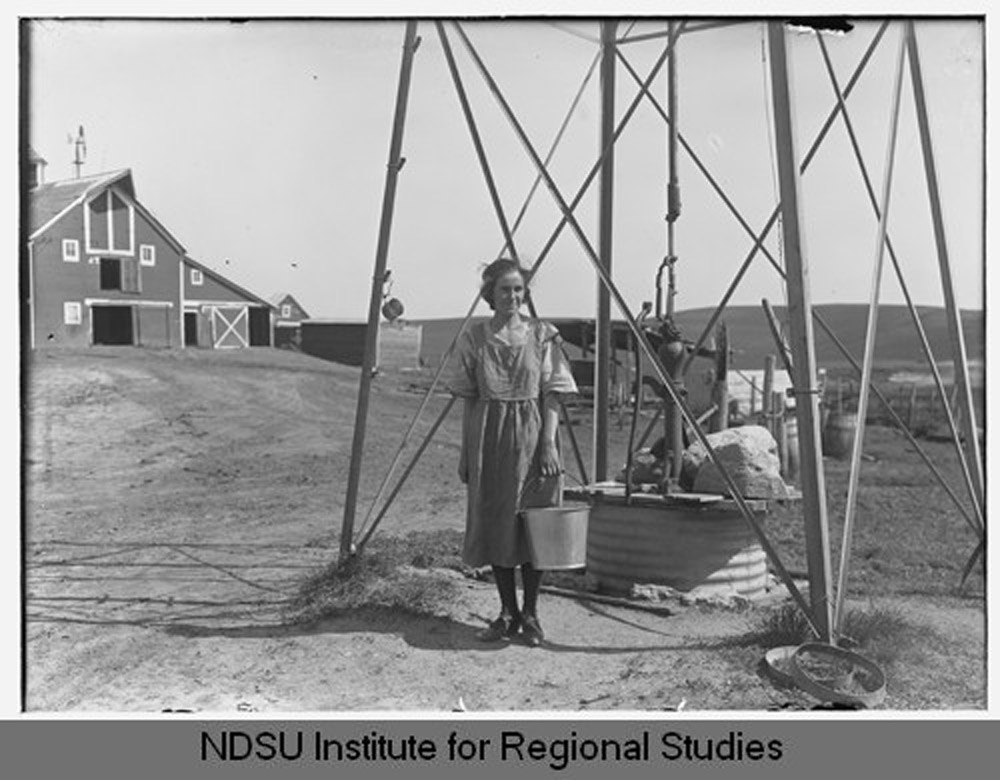 Early Use of Windmills: This photo from 1922 shows a young woman in front of a windmill. Early settlers used windmills on farmsteads to pump water from wells. Photo courtesy of NDSU Institute for Regional Studies.