Farmers have always studied ways of improving their tools and their methods. Farmers’ inventions of machinery and methods have moved production agriculture forward by great leaps, allowing fewer farmers to feed more people with crops raised on the same amount of land. During the 19th century, colleges provided places for scientists to study agriculture, too.

In the United States, the federal government has taken an interest in agricultural improvements in order to promote the national interests, support an industrial society, and maintain strength in international trade. Two federal programs have been very beneficial to North Dakota farmers. The first was the Morrill Land Grant Act of 1862. This law set aside thousands of acres from the federally-owned public domain to support an agricultural college and agricultural research in each qualifying state. North Dakota State University (previously North Dakota Agricultural College) is our land grant university. 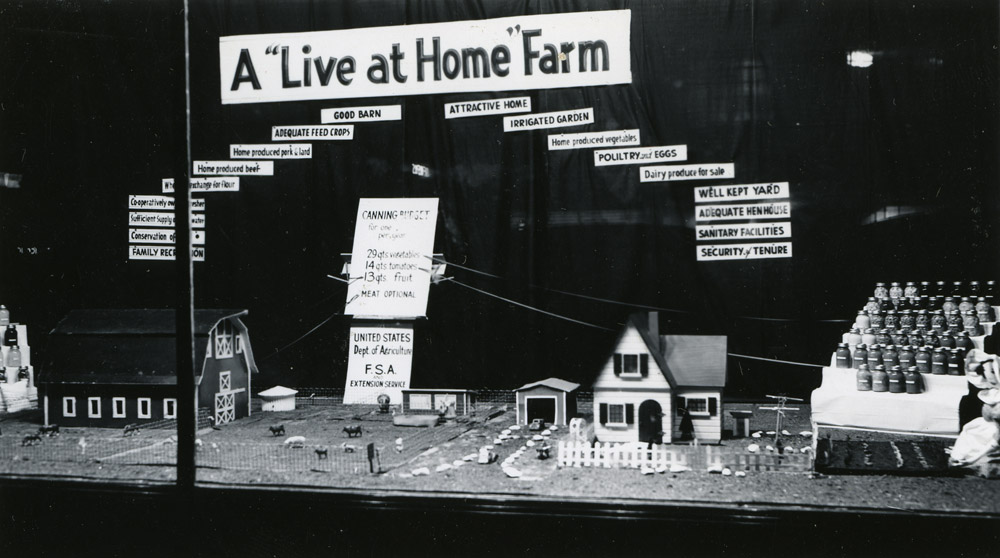 Image 3: This exhibit of a miniature farm and its products was an Extension exhibit. Besides teaching farm families the about best way to farm and best practices in the home, Extension agents educated the general public about farm life. SHSND 20-38-18

The second program was established in 1914, when Congress passed the Smith-Lever Act. This law created a partnership between the land grant colleges and the U.S. Department of Agriculture. The partnership was called Cooperative Extension work. Extension agents, employed by both the state and the federal government, were to bring new research from the college to farmers and demonstrate how to make practical use of new ideas. Through demonstrations and workshops, extension agents were to show farmers (and their families) how to improve their farming and ranching methods and how to make their homes more efficient and sanitary.

Few farmers knew much about the Extension Service before World War I (1917-1918). During the war, Extension agents were employed by each county to help farmers increase agricultural production and promote home conservation of food and other necessities. Extension agents wrote bulletins, newspaper articles, and held public meetings to encourage farmers to expand wheat production during the war. Because of their efforts, wheat acreage increased from 47 million acres in 1913 to 74 million acres in 1919. Thousands of housewives on farms and in towns learned to can garden produce.

After the war, some counties let their Extension agents go, but in 1933, the new farm program called the Agricultural Adjustment Act (AAA) required that every county once again have an Extension agent. The agent instructed farmers on what the AAA would mean to them and helped them complete the forms and meet the requirements of the program.

Extension agents were also responsible for 4-H clubs. Though some counties and some farm families were reluctant to absorb the expense of 4-H club activity for their children, clubwork spread steadily throughout North Dakota. In the early years of 4-H, boys were taught how to cultivate new crops. Extension agents believed that boys would teach their fathers “modern methods.”  Girls learned homemaking including sewing, cooking, and child care. Girls were encouraged to dream about beautifully decorated rooms and nice clothes.

Extension agents also took on special projects such as finding ways to deal with the grasshopper infestations of the 1930s. Extension agents recommended using arsenic as bait for grasshoppers. They explained to farmers how to apply it and how to work safely with the poison. In spite of warnings, some cattle were exposed to arsenic and died. Cattle poisonings, farmers’ resistance to having federal agents in their communities, and the agents’ lack of knowledge of community traditions often led to poor relationships between Extension agents and farmers.

The Extension Service continued to grow throughout the twentieth century. Extension programs changed as the needs of North Dakota families changed. During World War II (1941-1945), Extension agents helped farmers hire farm workers. As the cities grew, agents developed 4-H programs for city children. Boys’ and girls’ activities shifted with the times. Today, 4-H girls can raise crops and livestock, and boys can have a garden or child care project. Though it has found new missions, the Extension Service still meets its initial program of helping farmers find practical applications for new agricultural research.

Why is this important? The Extension Service has reached more North Dakota families than any other federal or state agency. It has helped farmers modernize their operations and increase their income. Extension’s emphasis on education at school or in the community has encouraged many families to provide a college education for their children. Since the growth of cities in the middle ages (500 to 1500 A.D.), farmers have had an undeserved reputation as ignorant and backward. Extension has shown that farmers are not ignorant, but are always involved in a constant process of self-education in order to meet the newest demands of their business.