Until 1870, most wheat raised in the United States was winter wheat – a variety that was planted in the fall, sprouted in the spring, and was harvested by mid-summer. As farmers began to look to the northern plains for more and cheaper land, there was some concern about winter wheat in the colder and drier climate of the north. 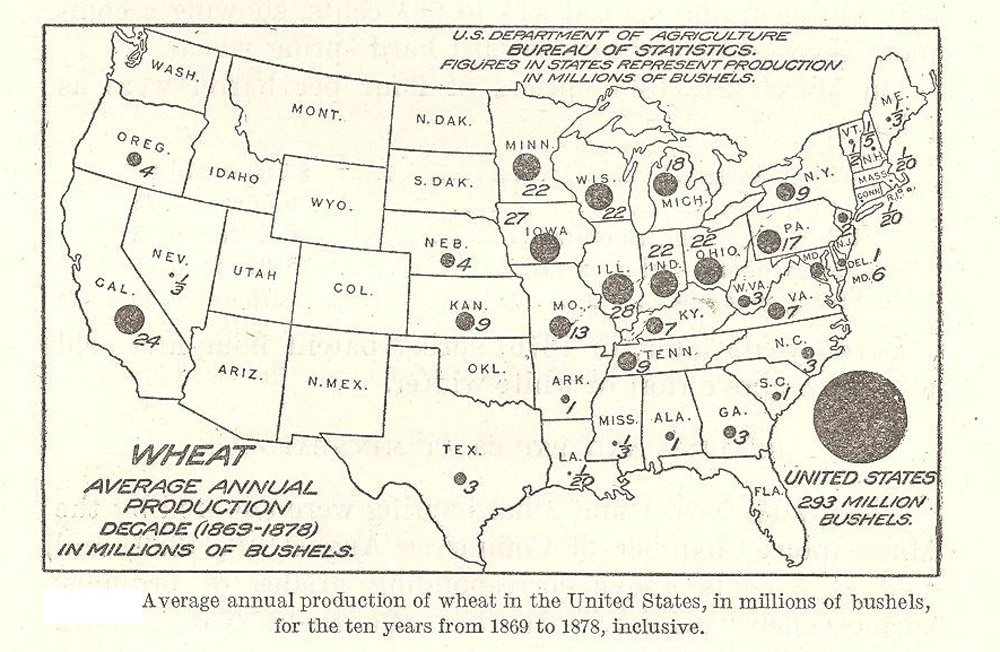 Map 1: Before 1878, wheat production in Dakota Territory was so low that it did not show up on this United States Department of Agriculture map. 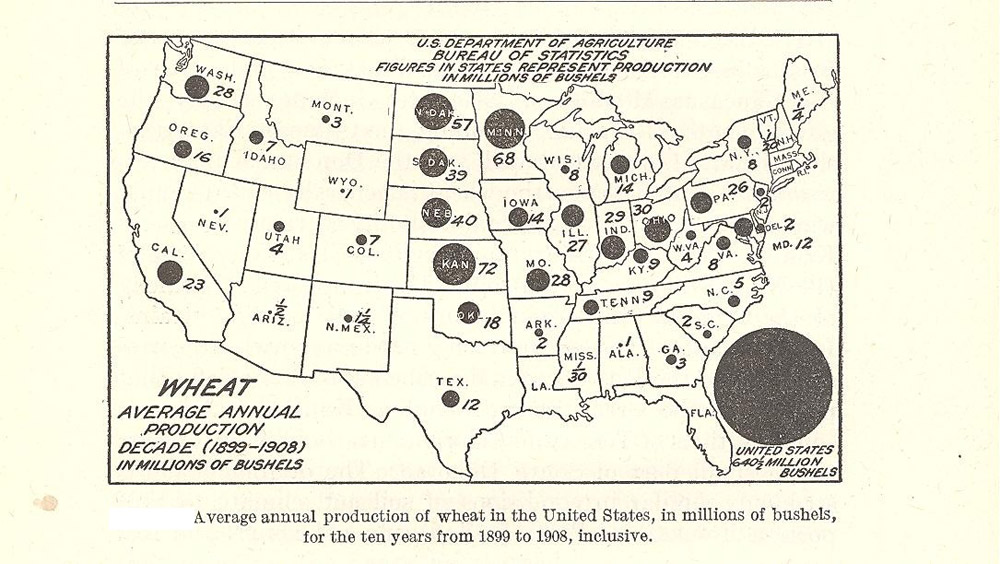 Map 2: By 1908, North Dakota was among the top three wheat producing states in the nation. The improvement in milling techniques for Hard Red Spring Wheat, a favorable climate, and the good soil of the Red River Valley resulted in high wheat production in North Dakota. 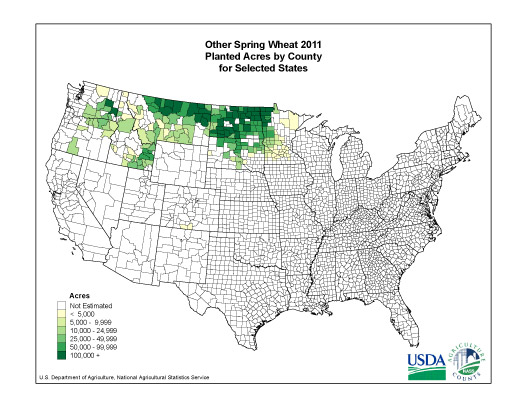 In Russia, a northern grassland similar in climate to Dakota Territory, Hard Red Spring Wheat had proven to be a good crop. Americans, however, did not like the dark color of flour that was milled from spring wheat. The red kernels darkened the flour, and the middlings (crushed particles of bran in the ground wheat) made the bread baked from spring wheat undesirable to Americans. Before Hard Red Spring Wheat (usually called HRS) could be successfully raised and marketed in Dakota Territory, there had to be a way of making the flour brighter and lighter.

The flour was made lighter in color by the use of a middlings purifier. The purifier separated the chaff (also called bran) from the kernel. The inside of the kernel was lighter in color and more nutritious. Though early versions of the middlings purifier had been developed, it wasn’t until 1870 when Edmund LaCroix, a French inventor, set up the purifier in the Minneapolis flour mill of Cadwallader C. Washburn (this company later became General Mills) that the purifier found an important economic use. In 1878, there was a second improvement in the milling of HRS wheat. Washburn began to use roller mills (instead of grind stones) to crush the wheat into flour. This allowed for better separation of the flour from the middlings. (See Map 1.)

With these two inventions, HRS wheat farmers on the northern prairies of Dakota Territory found a market. Early wheat farmers had proven that HRS wheat could grow in Dakota, but they had fed most of the wheat to livestock because there was no market. By 1880, HRS wheat was known to be productive, economical, and a highly desirable bread flour. The price farmers received for their HRS wheat was now competitive with other wheat varieties instead of selling for 10 to 15 cents less per bushel. (See Map 2.)

In 1882, the Minneapolis Chamber of Commerce established grades for HRS wheat. No. 1 Hard, or No. 2 Hard, as they were called, sold for 5 cents more than spring wheat of lower grades. In the 1880s, the varieties best adapted to the northern plains and most likely to be graded No. 1 Hard, were Scotch Fife (or simply Fife) and Bluestem. (See Map 3.)

Why is this important? It was clear that northern Dakota Territory had good climate and soil for growing wheat. The Northern Pacific Railroad hauled the harvested crop to markets in Minneapolis and Duluth. By 1909, 22,737,404 barrels of flour rolled out of Minneapolis mills. Much of that flour came  from North Dakota’s fields. The world-wide market for wheat was strong, and during World War I (1914 – 1918), overseas demand for wheat pushed the market price to new heights. Farming was the most common occupation in North Dakota and wheat was the most important crop. In 1893, more than 28,000 farms in North Dakota raised wheat on 3,019,253 acres. In 1920, the number of farms increased to 70,132; wheat grew on nearly 8,070,000 acres. Hard Red Spring Wheat was our ticket to prosperity. Today, North Dakota remains an important producer of both Hard Red Spring Wheat and Durum Wheat.